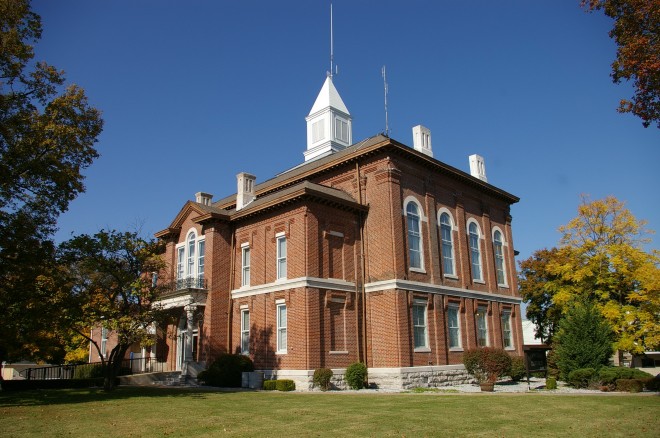 Hickman County is named for Paschal Hickman, who was a military captain killed at the Battle of River Raisin.

Description:  The building faces north and is a two story red colored brick and stone structure. The building is located on sloping landscaped grounds of the Courthouse Square in the center of Clinton. The north front has a projecting central section with portico supported by two columns on the first story level. The upper windows are arched. On the roof center is a square white colored cupola with sharp pointed roof. There is vertical tongue-in-groove wainscoting throughout the interior. There two fine staircases with handsome newel posts and delicate iron spindles and vivid colored glass in the lunettes over the entrances. The courtroom on the second story has a raked floor and old cast-iron folding benches. A balcony across the rear of the courtroom was closed off when the ceiling was lowered recently. The building houses the County Circuit Court and County District Court of the 1st Judicial District. The building was remodeled in 1917 to 1918. The cupola was restored in 2001.

Architect:  Architecture Plus, Inc. of Georgetown

Description:  The building faces west and is a one story red colored brick and concrete structure. The square shaped building is located in the center of Clinton on the east side of the courthouse. The west front has a central portico with four white colored columns rising to a header. There is with a large arched window between the two entrances. A hipped roof runs along the center with flat roofs on the north and south sides. In the interior is one courtroom. The building houses the County Circuit Court and County District Court of the 1st Judicial District. 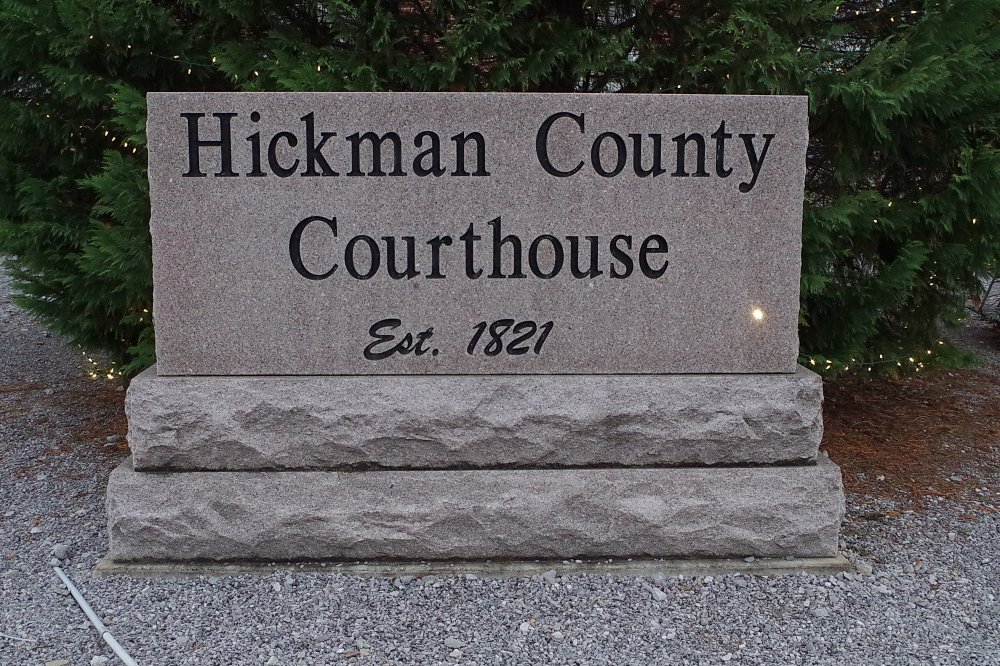 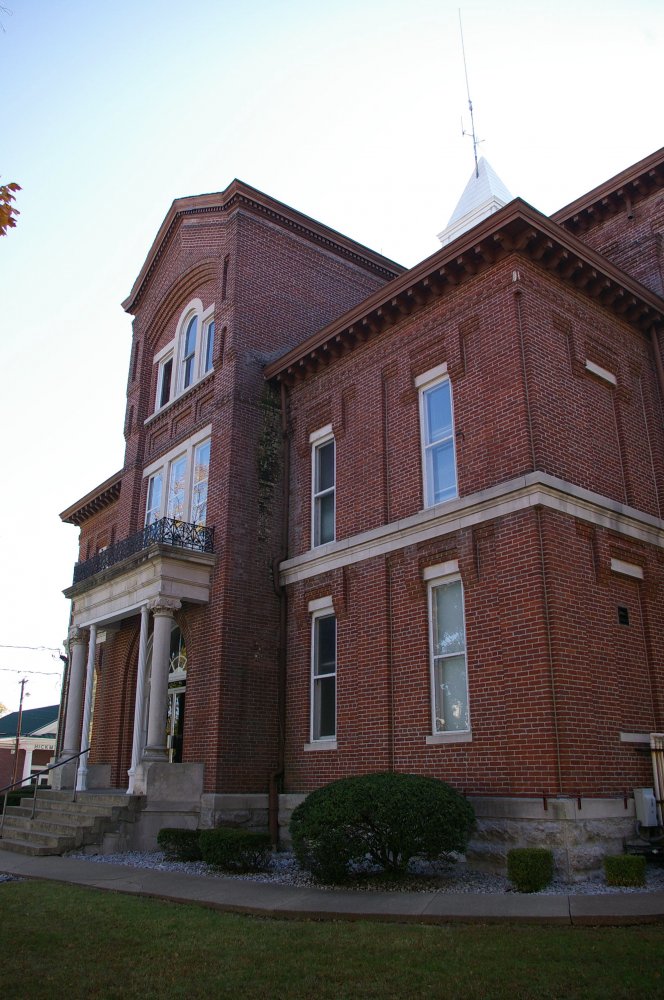 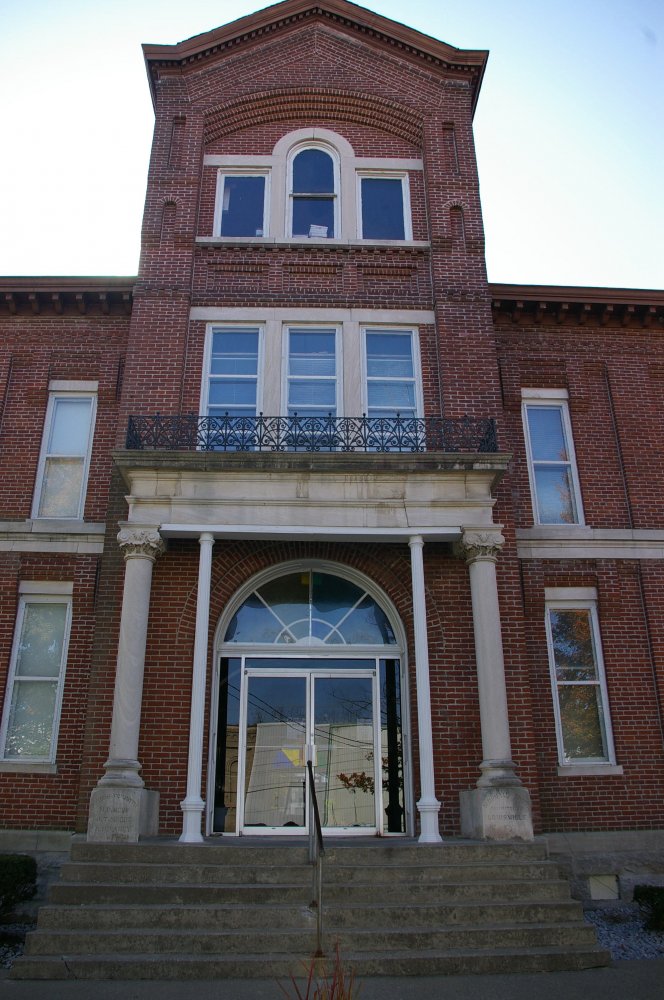 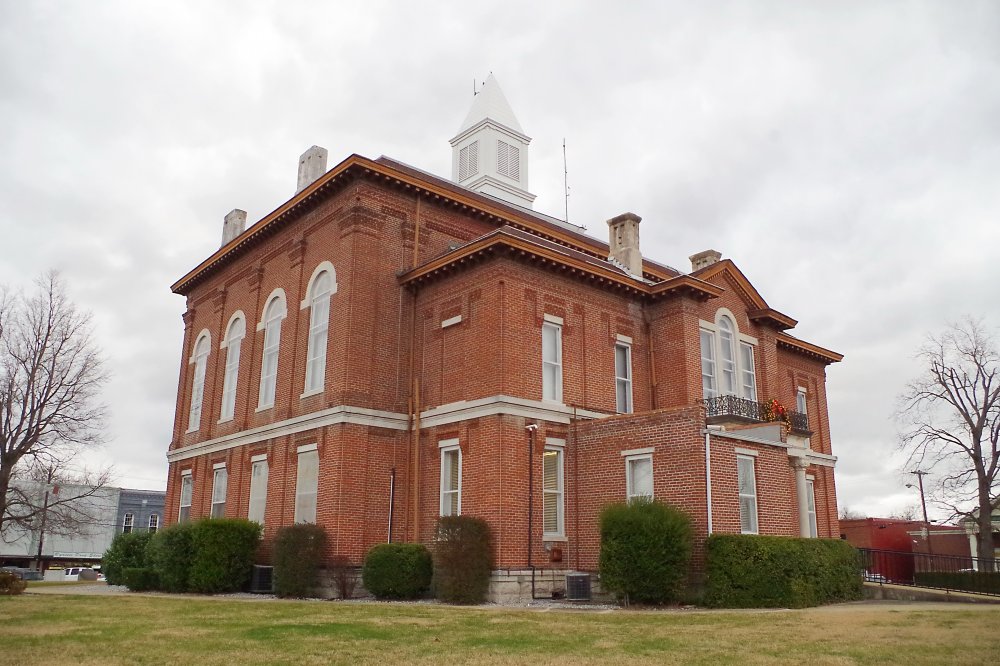 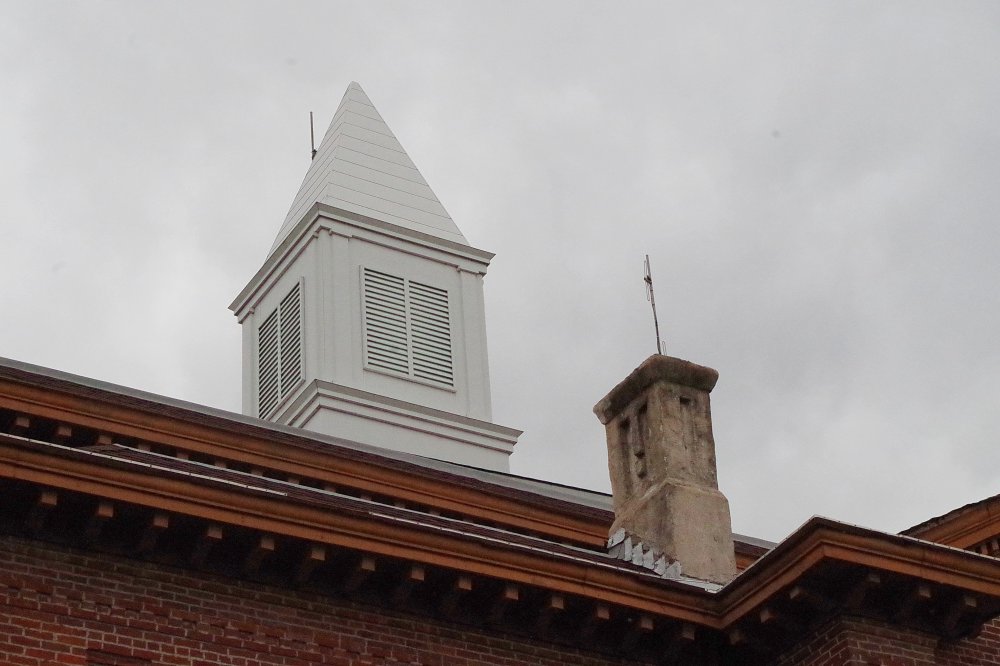 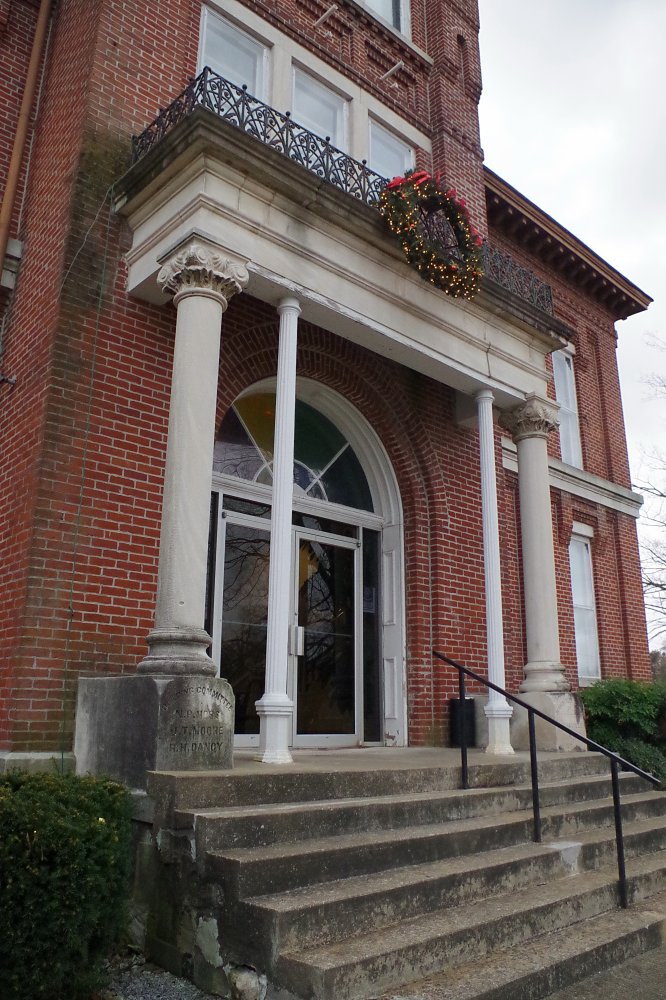 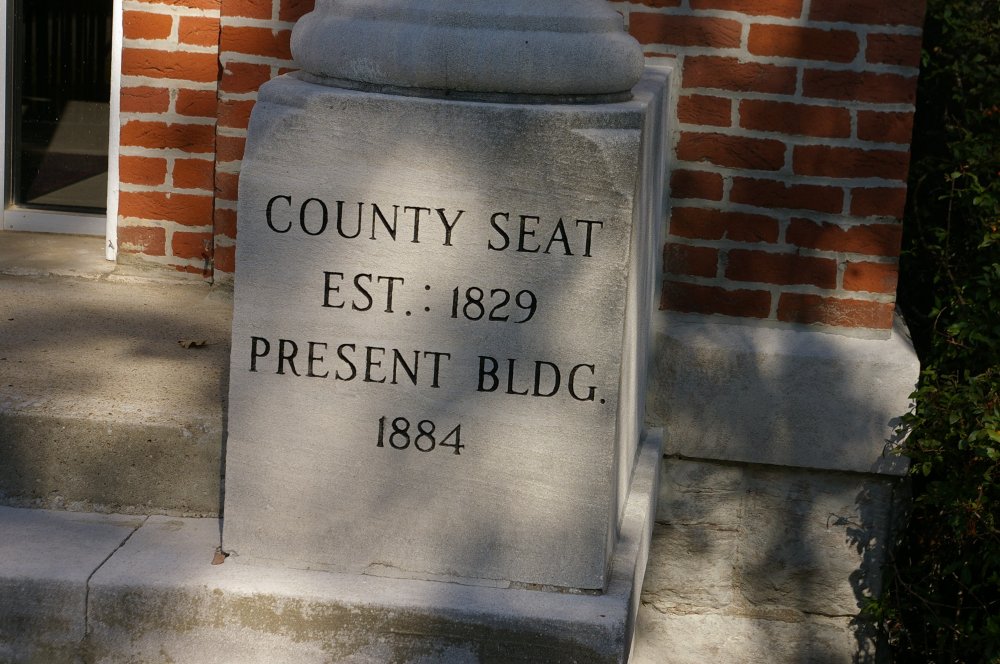 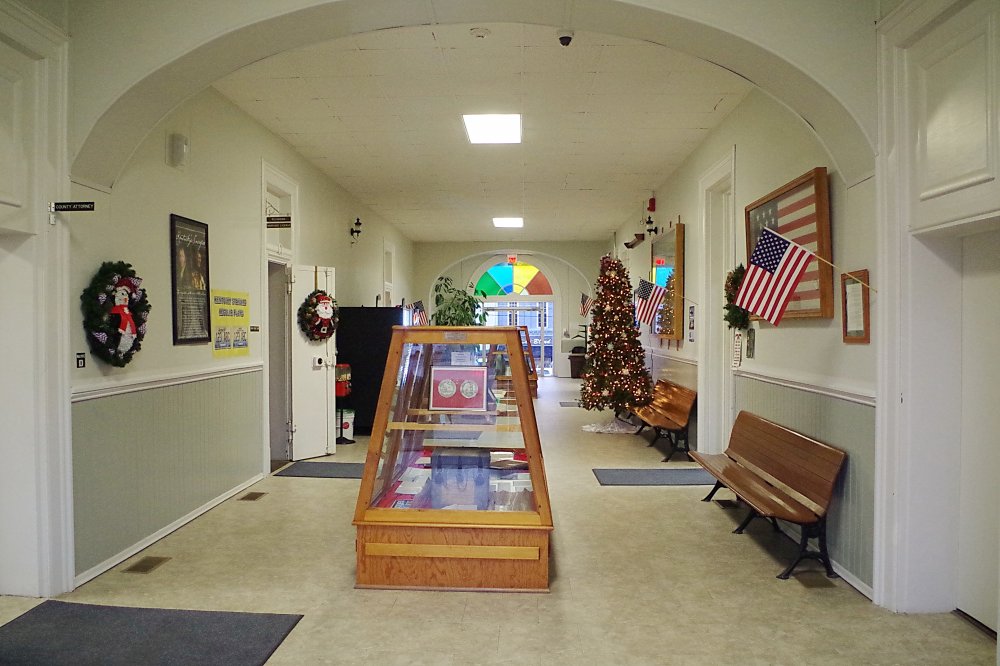 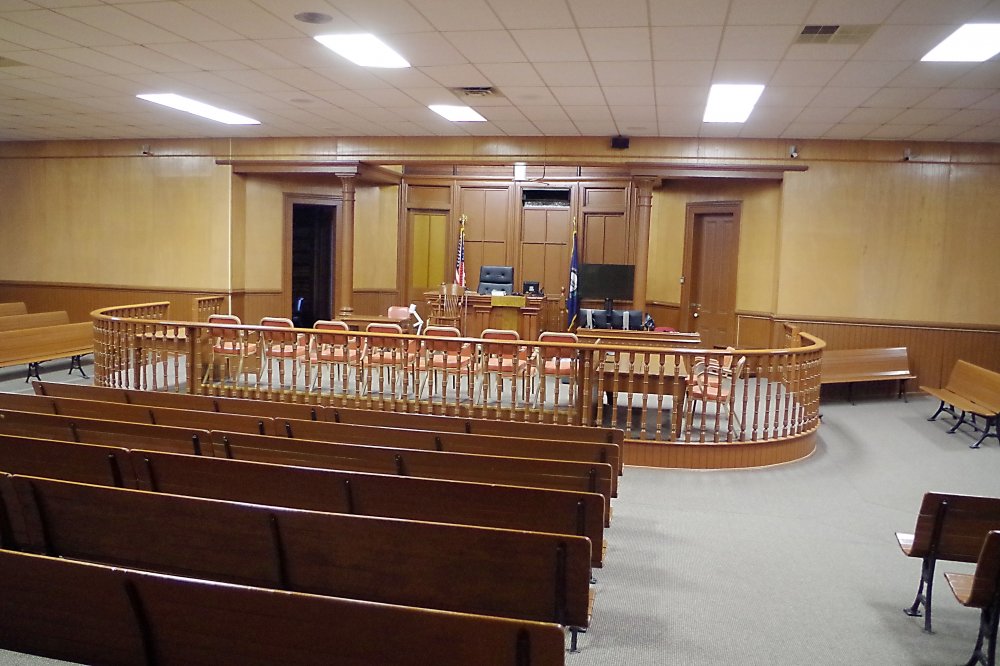