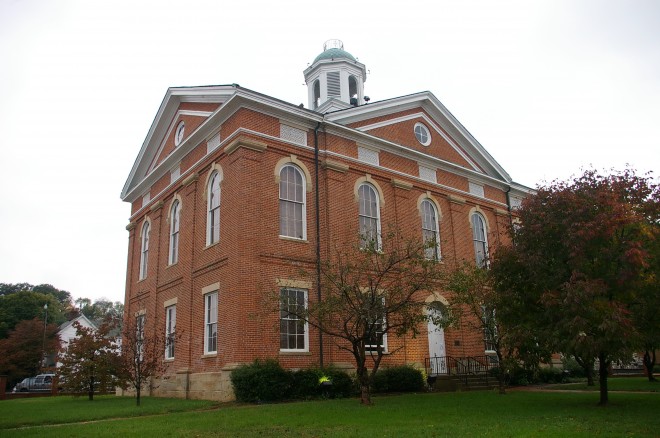 Description:  The building faces north and is a two story red colored brick and stone structure. The building has peaked roofs on each side with a round window. The building is located on landscaped grounds. On the second story, the windows are arched. In the center of the roof is an octagonal wood cupola with green colored dome. The building was renovated in 1895. In 1977, the building was further renovated. The architect was George H Collignon and the contractor was J P Rusher Construction Company. 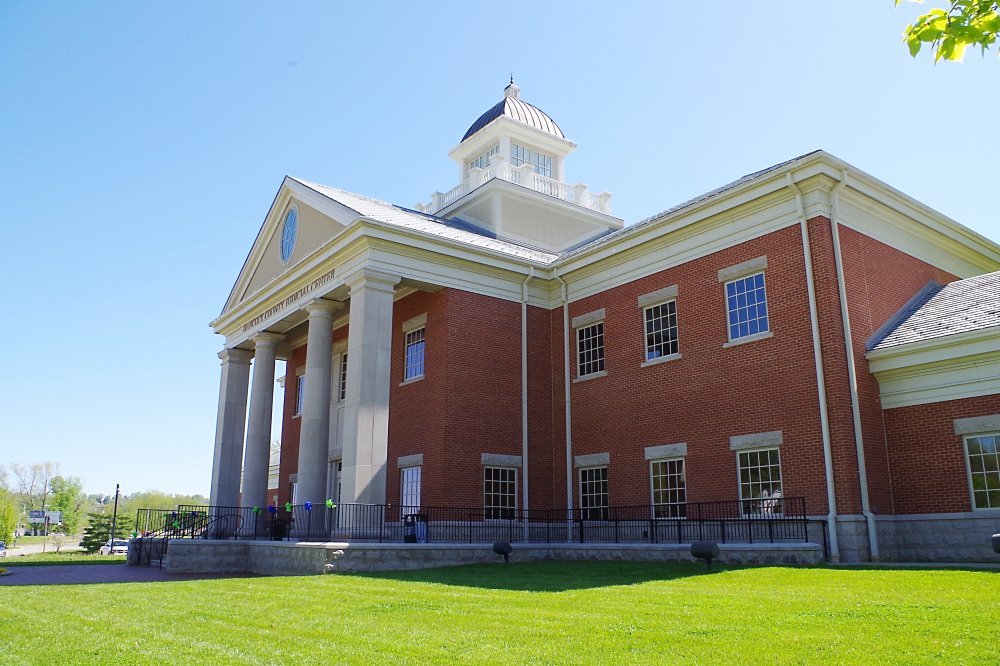 Description:  The building faces northwest and is a two story red colored brick and concrete structure. The building is located on spacious landscaped grounds on the rise of a hill, The northwest front has a large portico supported by two large pillars and two columns rising to a pediment at the roof line. On the center of the hipped roof is a square white colored cupola. The north and south wings are one story. The Family courtroom is on the second story and the circuit courtroom is on the first story. 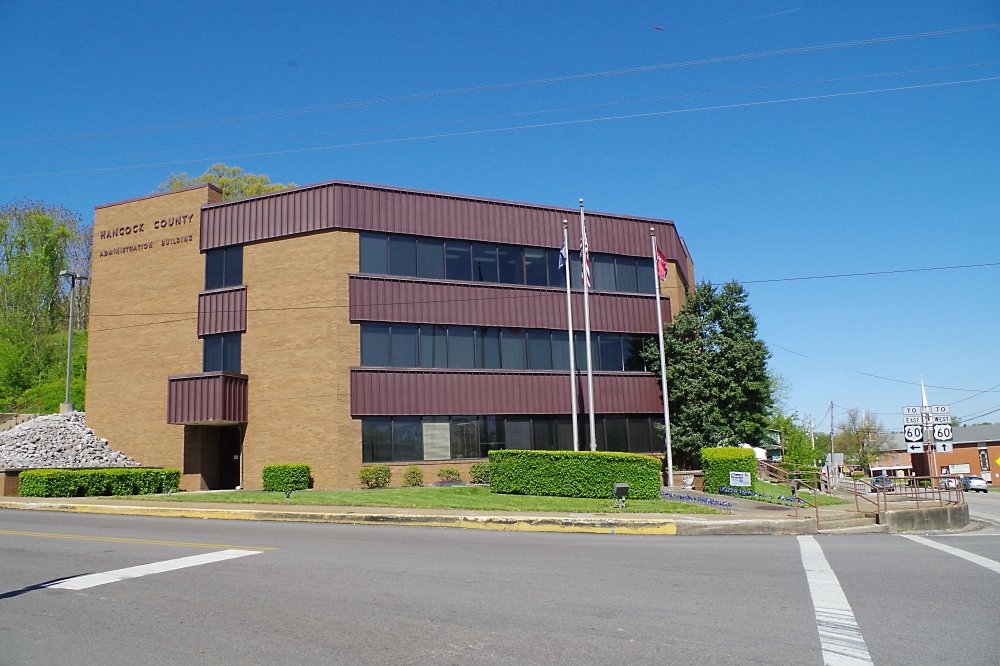 Built in 1975, the modern building is a three story buff colored brick and concrete structure. The building faces northeast and was completed in 1977. The building is located on landscaped grounds on the west side of the courthouse. The windows are horizontal with brown colored horizontal dividers. The roof line is flat. The building houses the county offices. 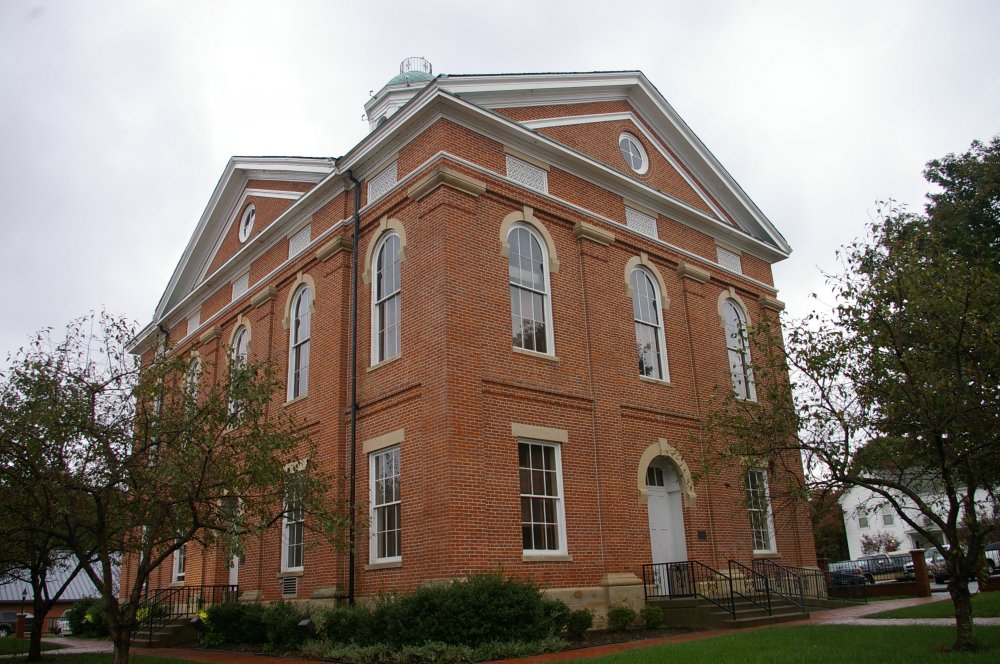 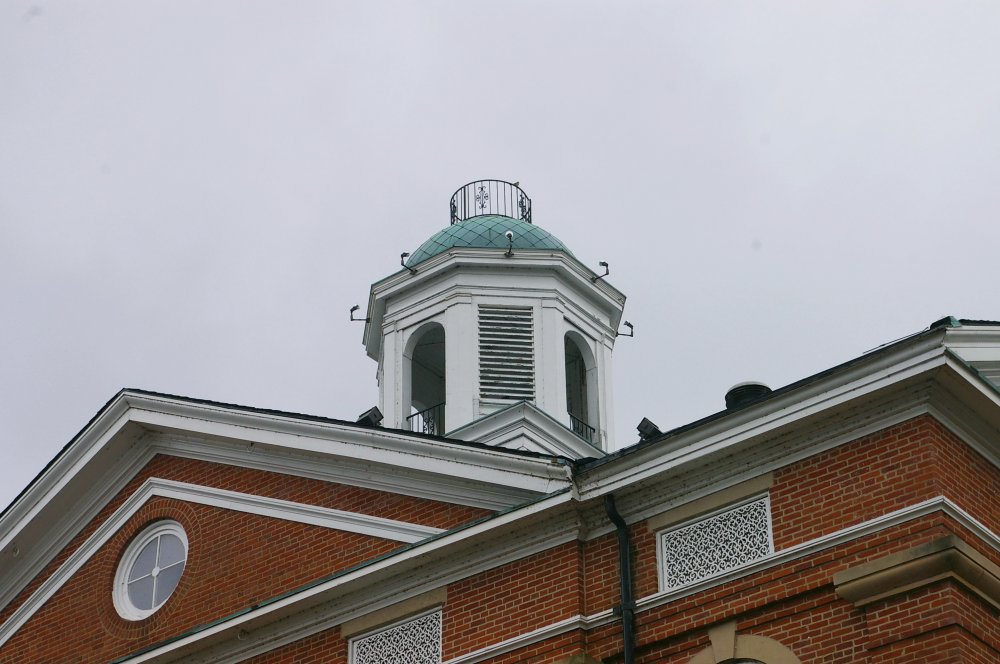 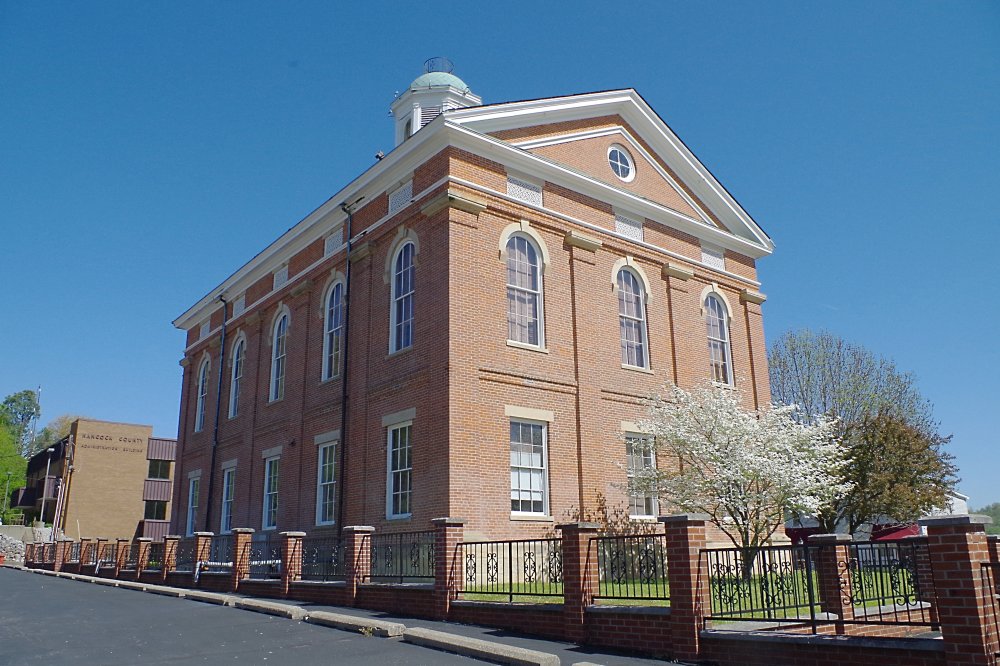 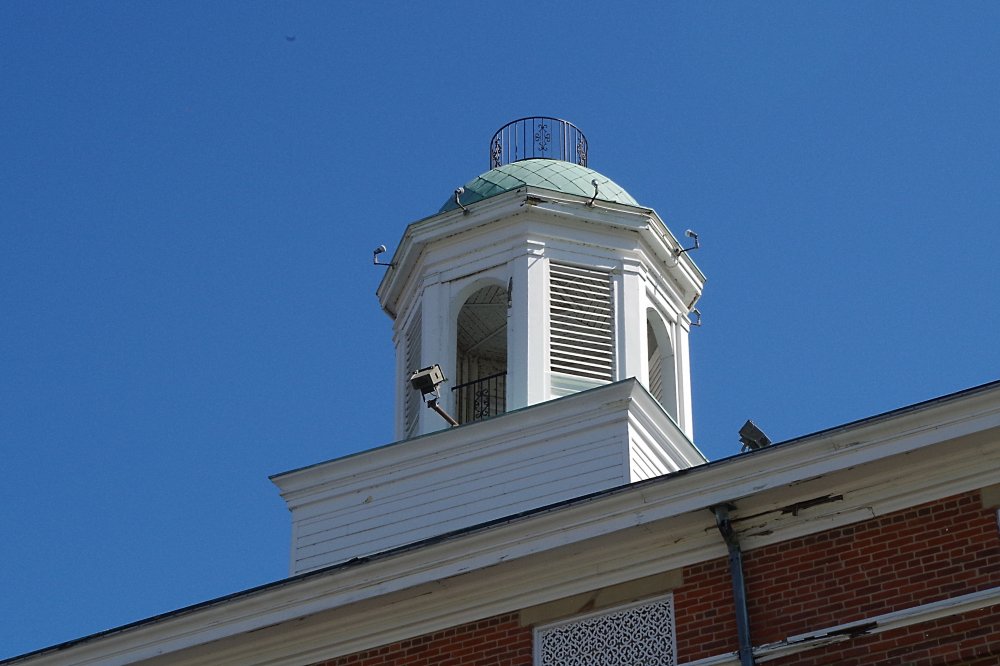 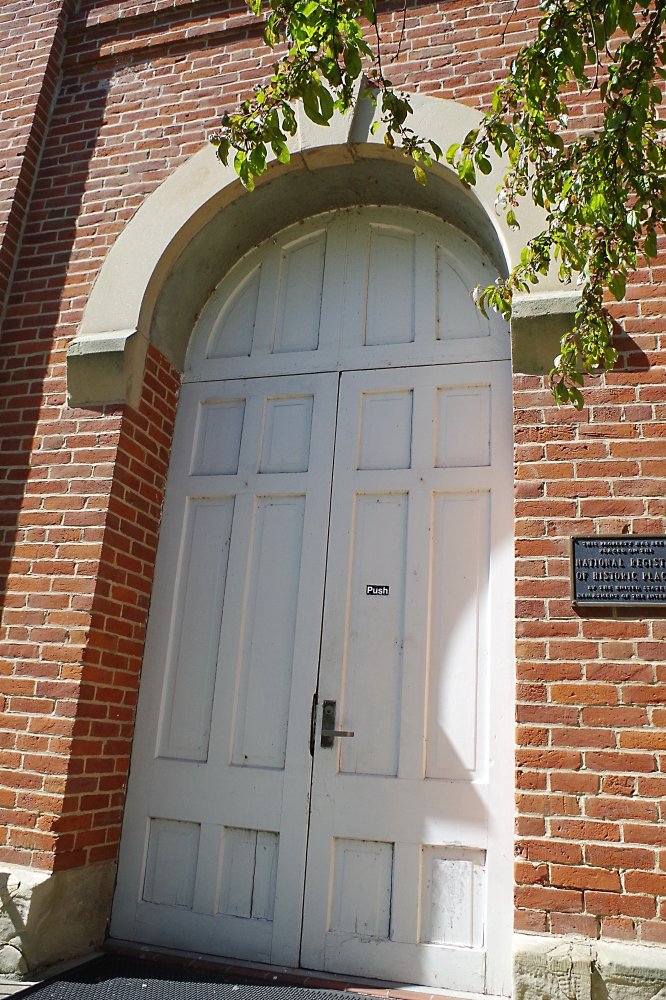 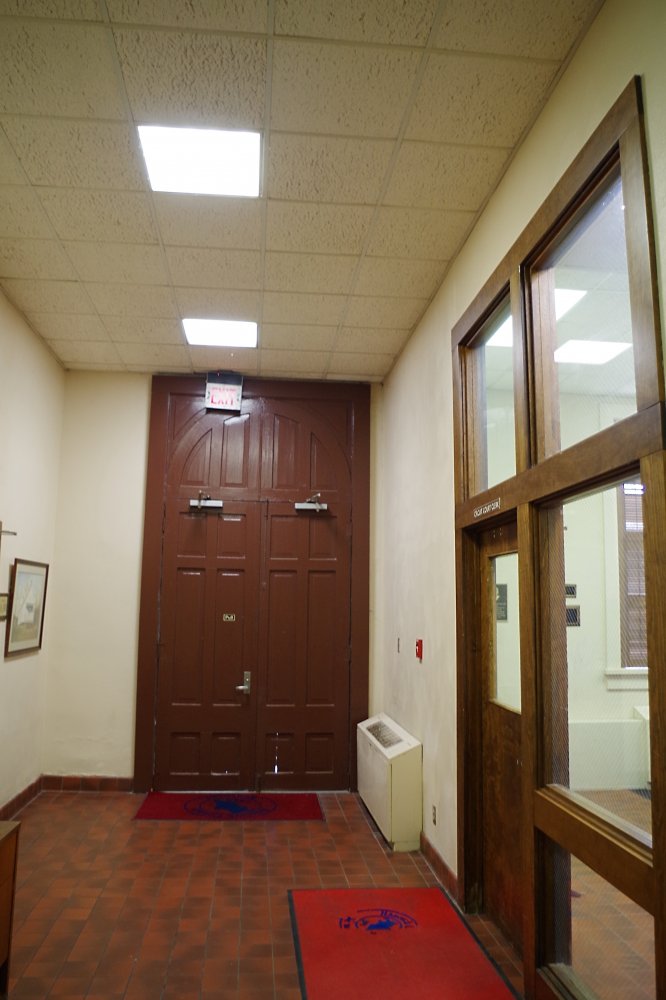 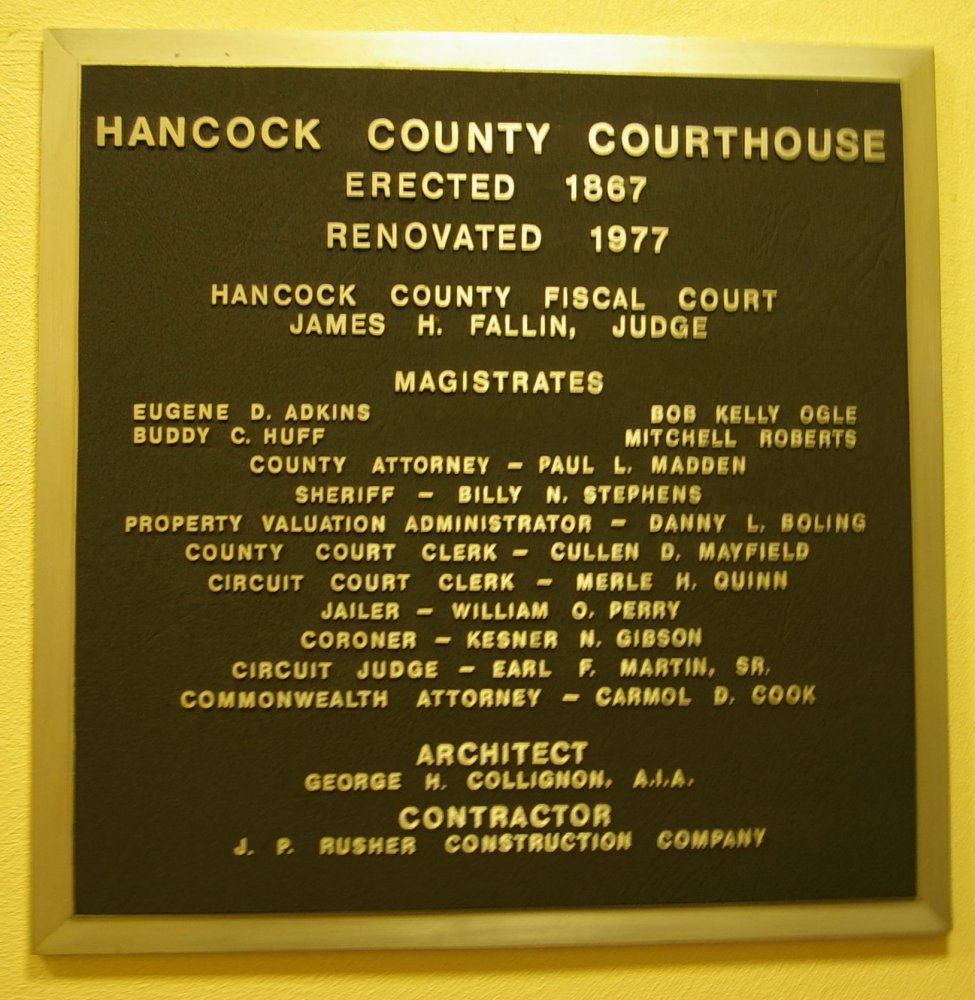 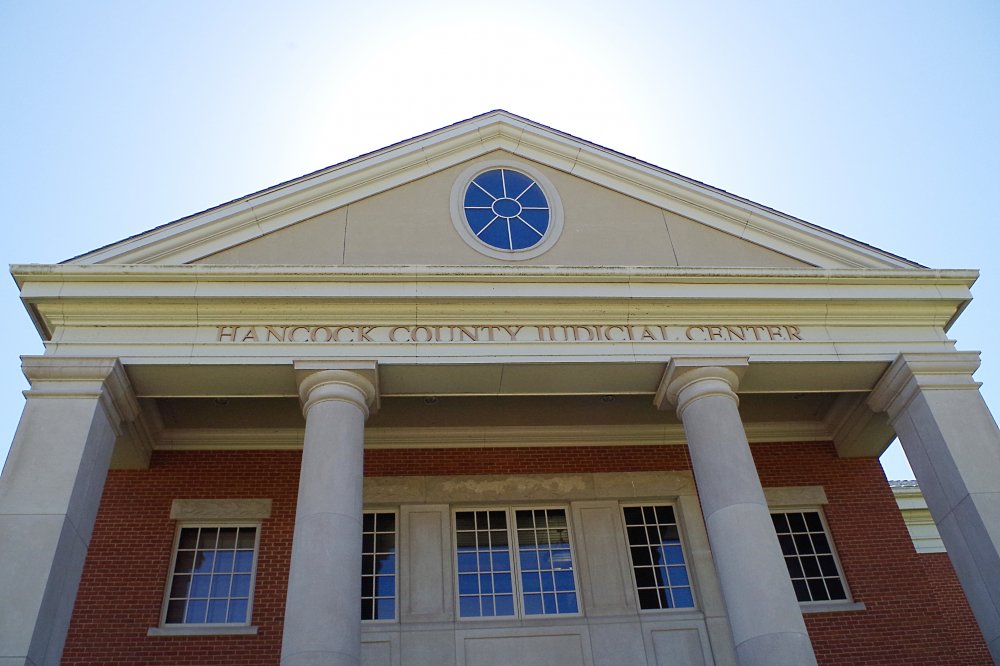 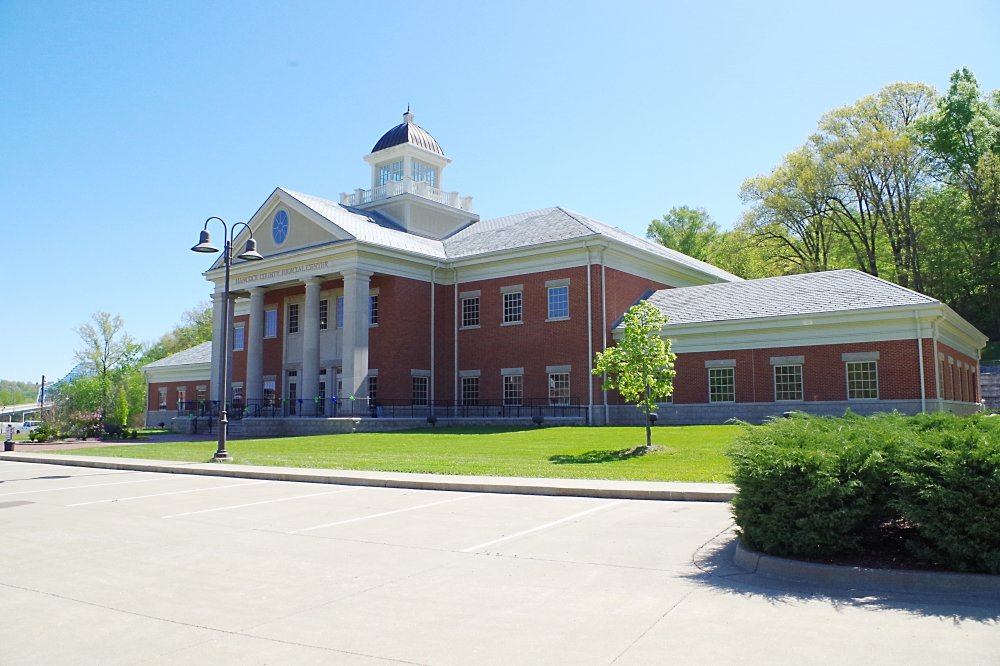 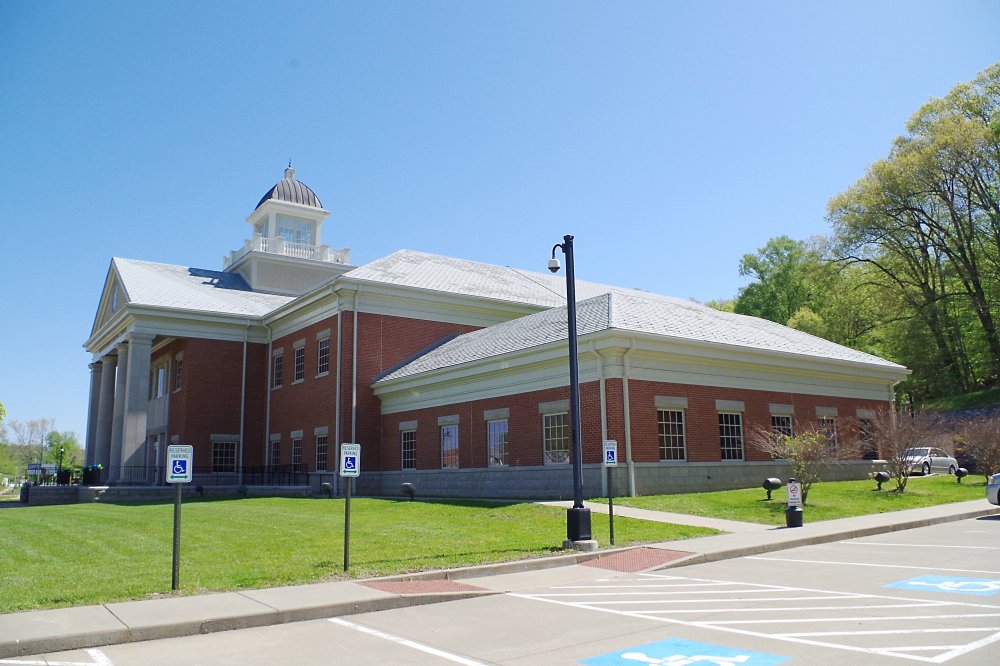 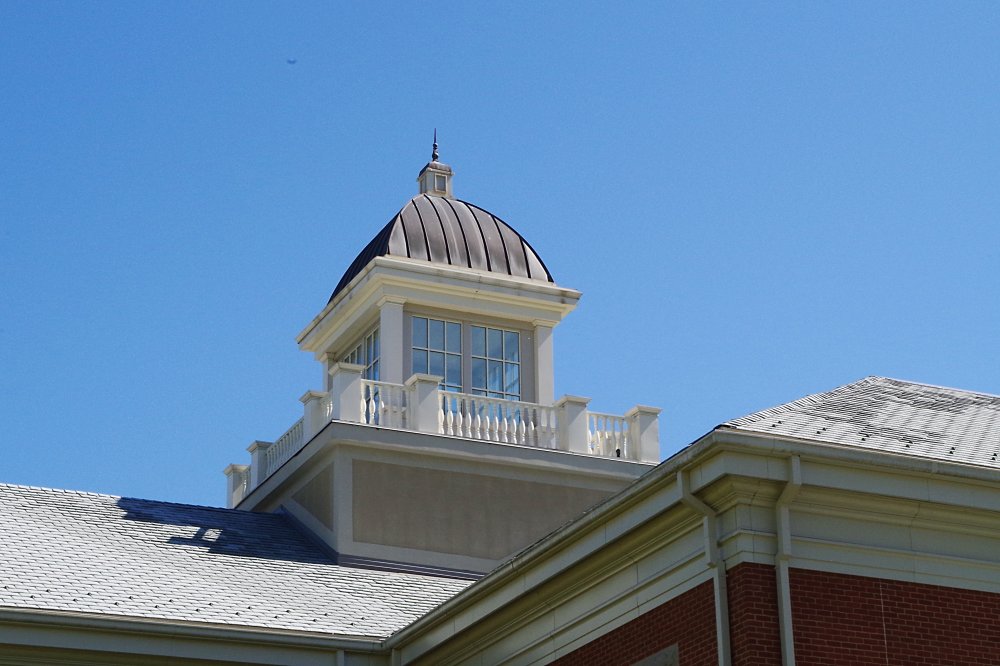 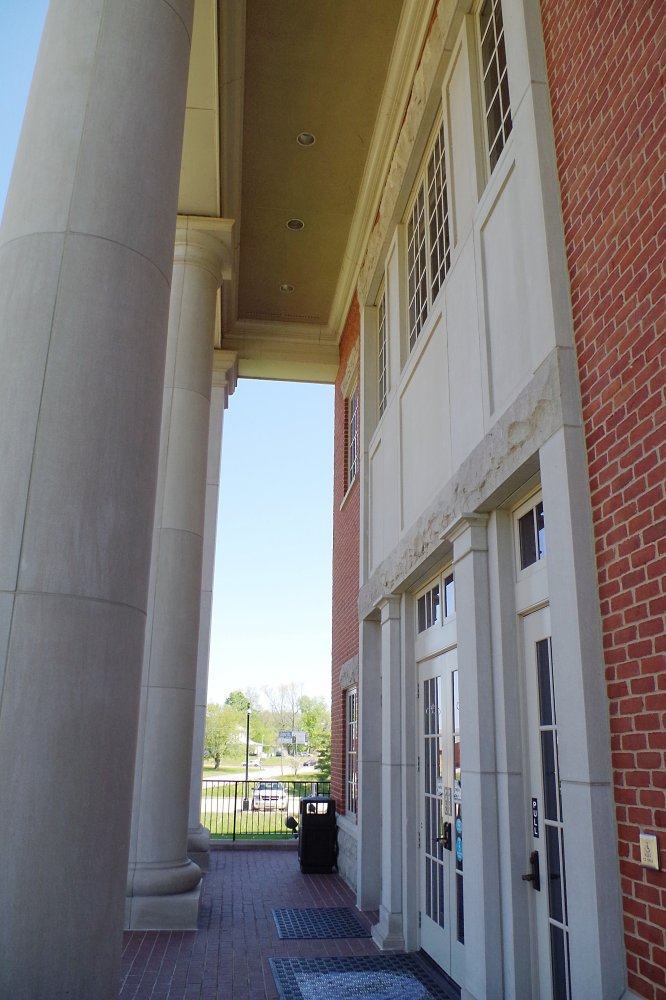 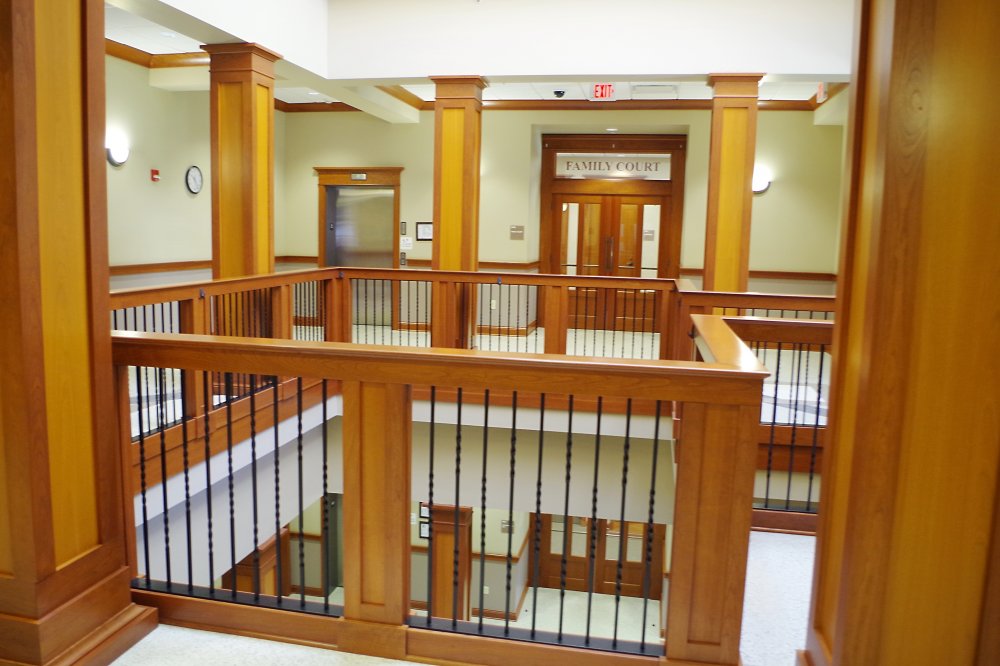 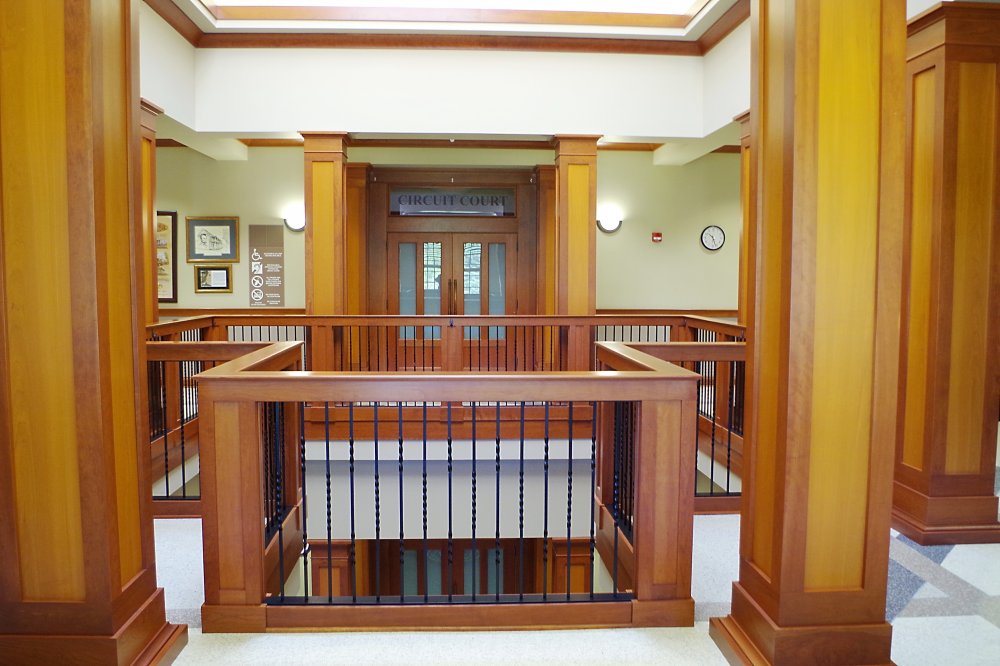 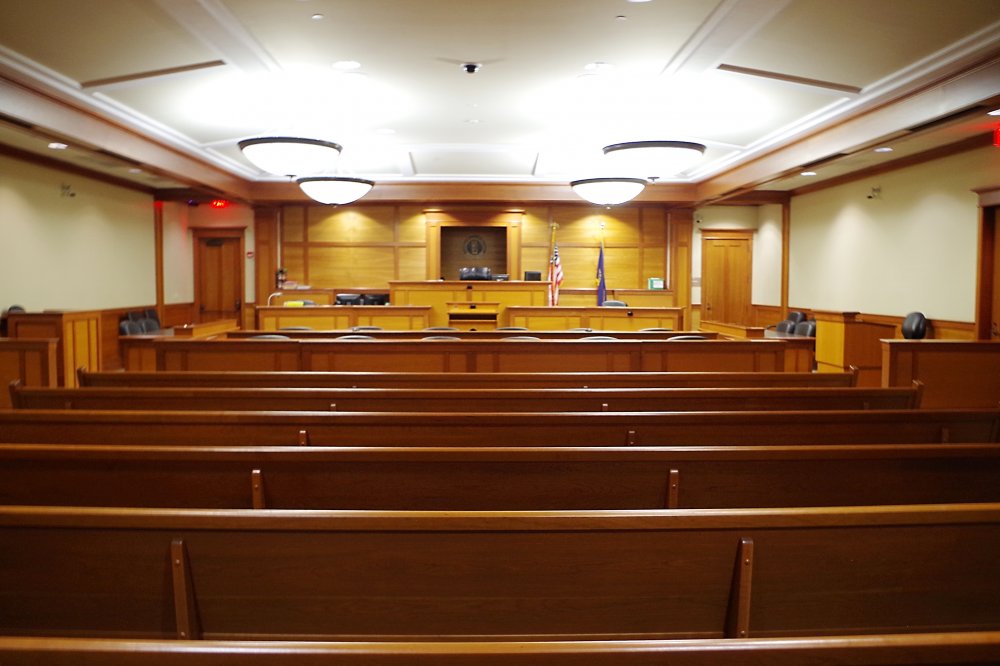 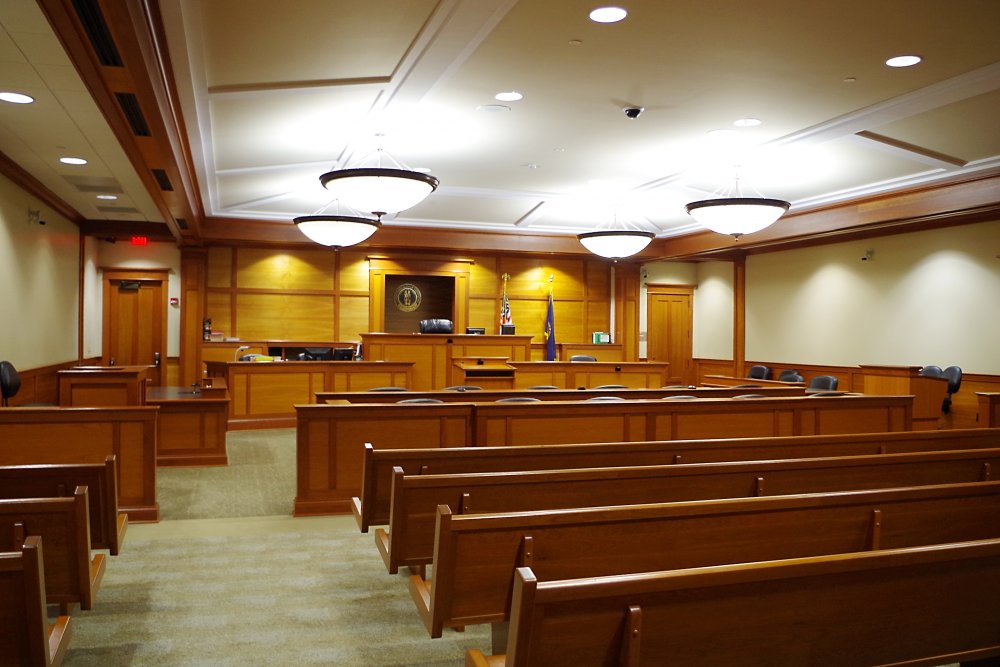 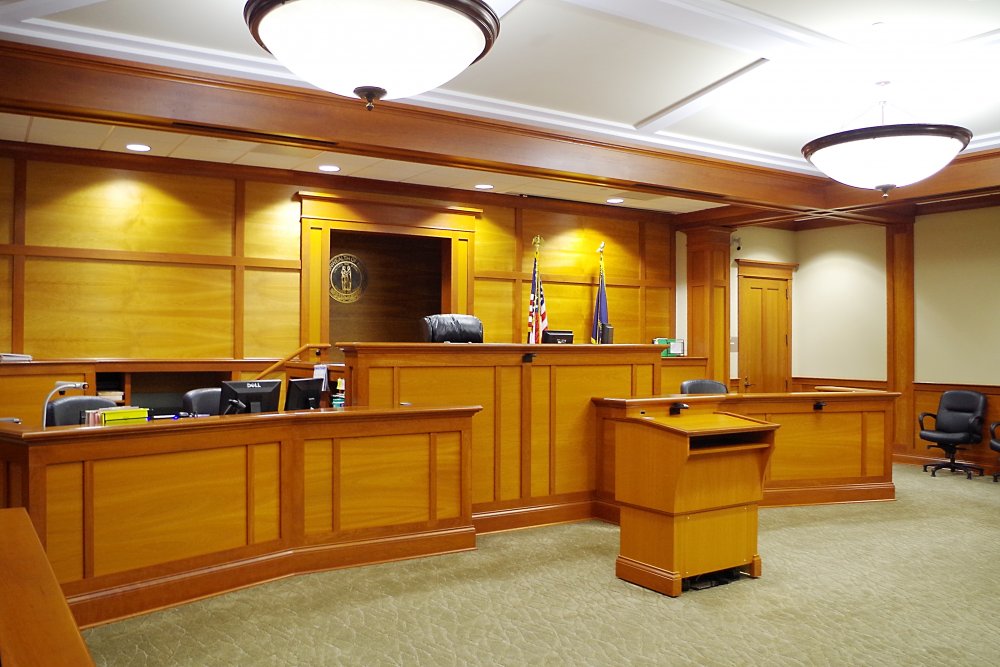 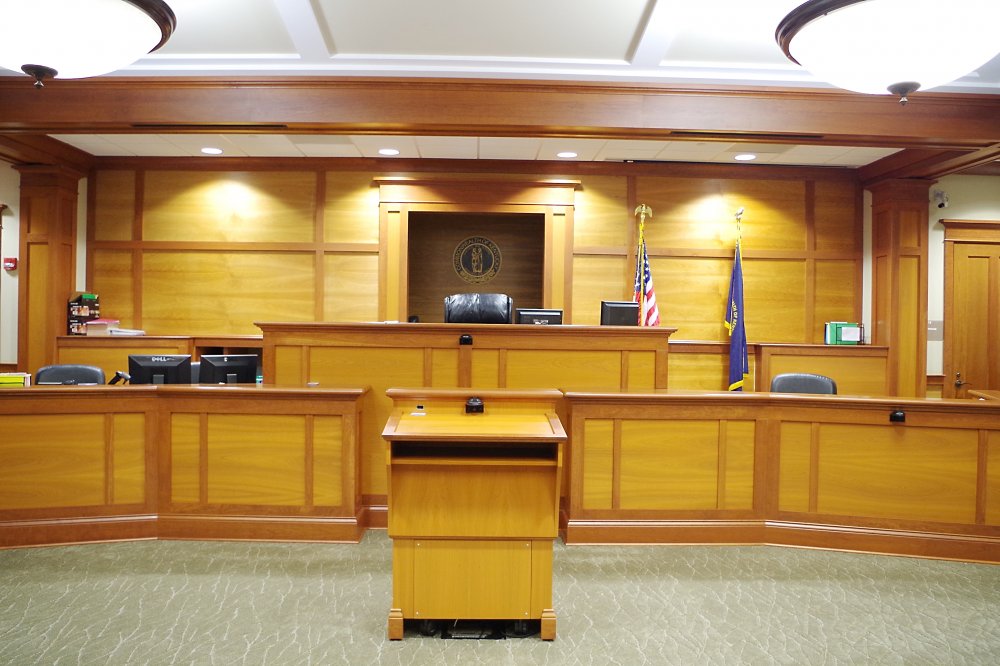 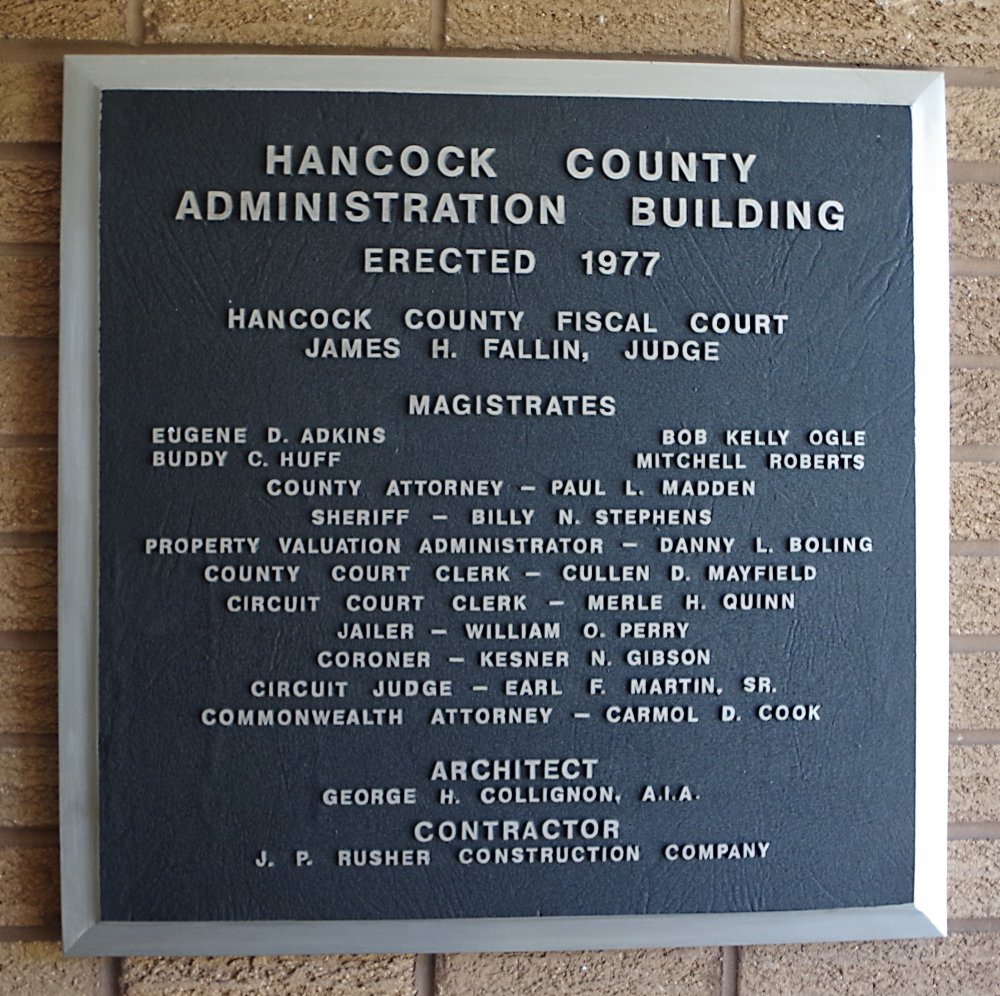