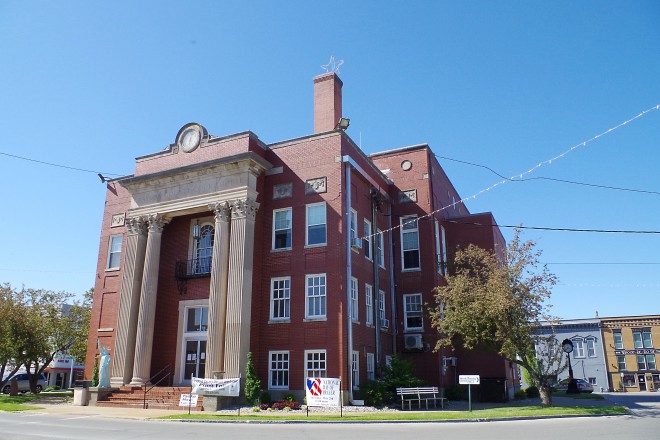 Grayson County is named for William Grayson, who was the aide to George Washington and who lived from 1740 to 1790.

Description:  The building faces south and is a hree story red colored brick and concrete structure, which sits in the center of the Public Square. The south front has two high columns forming a rectangular arch and flanked on each side by square stone pillars. The doorway is recessed and above the doorways is a small balcony with arched window on the second story. At the roof of the front section is a clock. The north section of the building is larger with east and west extensions. 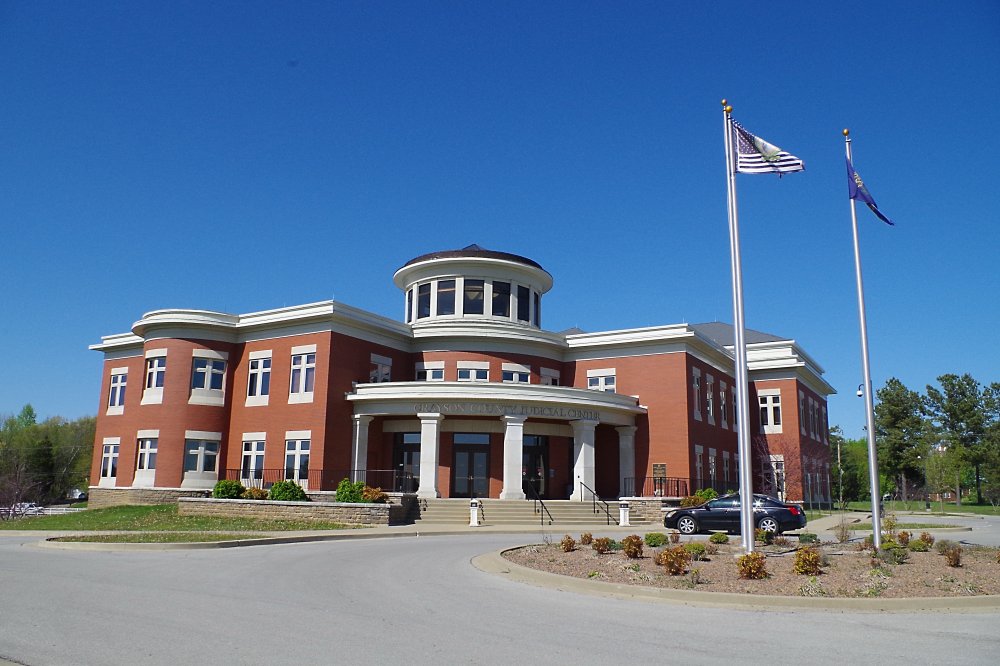 Description:  The building faces southwest and is a two story red colored brick and concrete structure. The building is located on spacious landscaped grounds. The southwest front has a semi-circular porch supported by large concrete pillars and recessed entrance. Behind the porch rises a circular tower with vertical windows and rounded dome.  The roof line is flat with hipped roof sections. 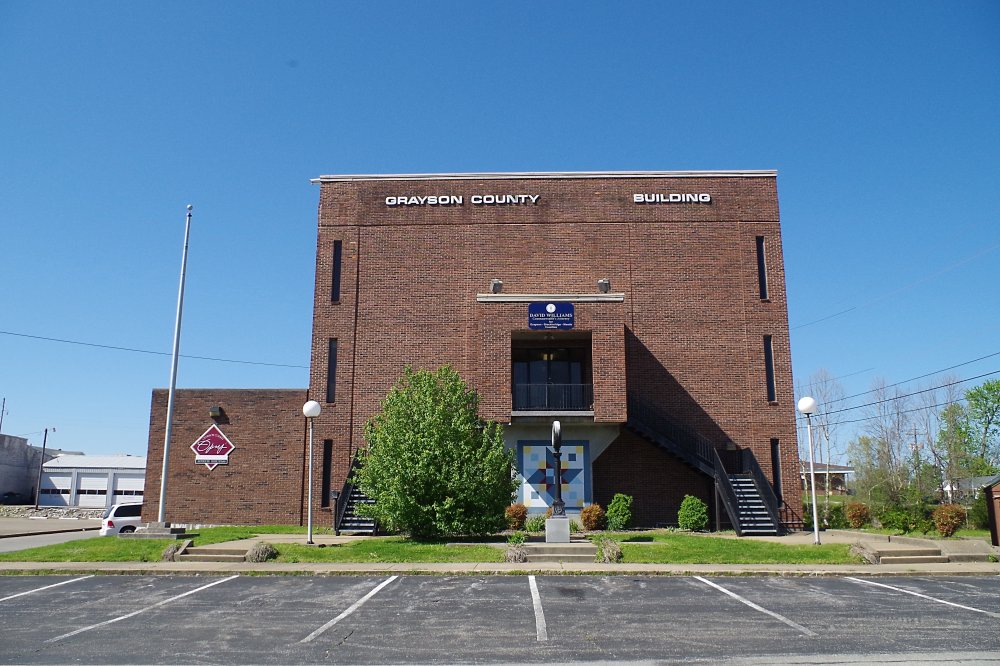 Description:  The building faces south and is a three story dark red colored brick and concrete structure. The south front entrance is located on the second story with a square brick portico extending from the building and black iron stairs. The building is named as the County Judicial Complex. 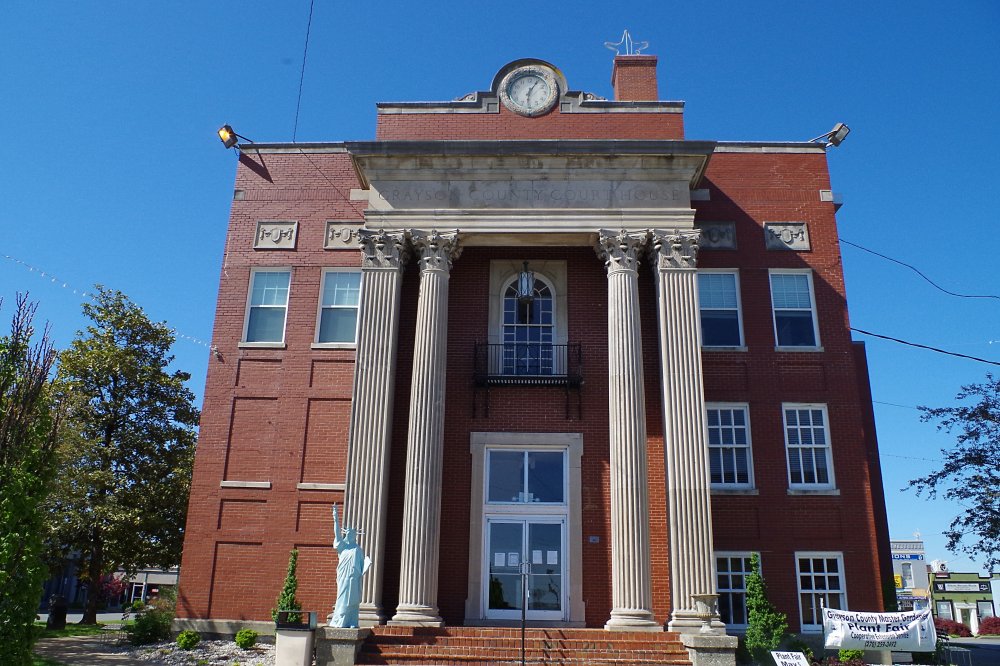 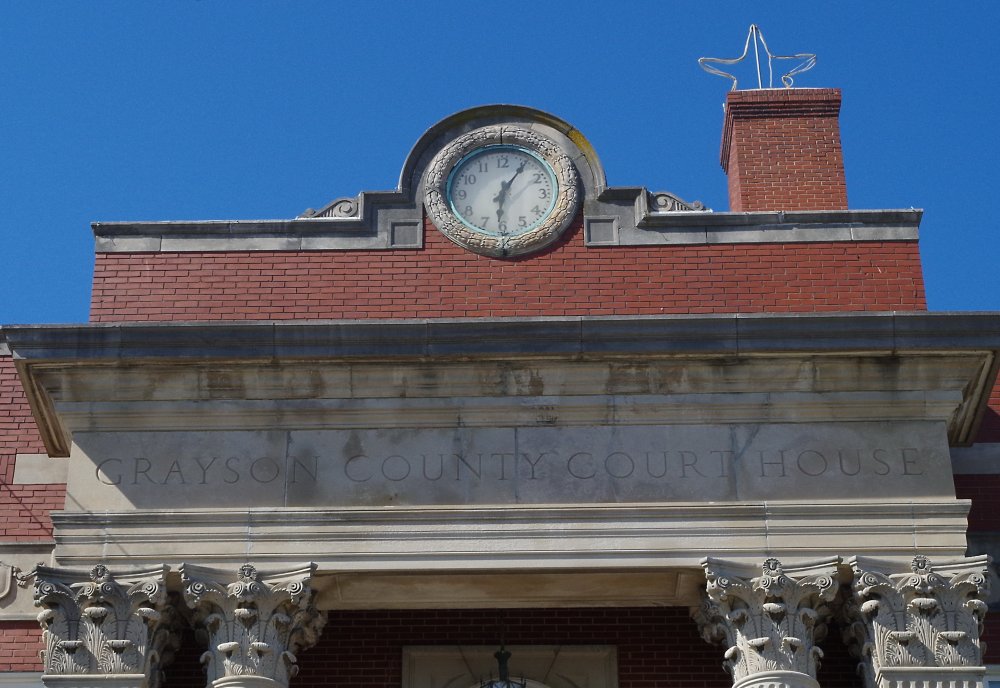 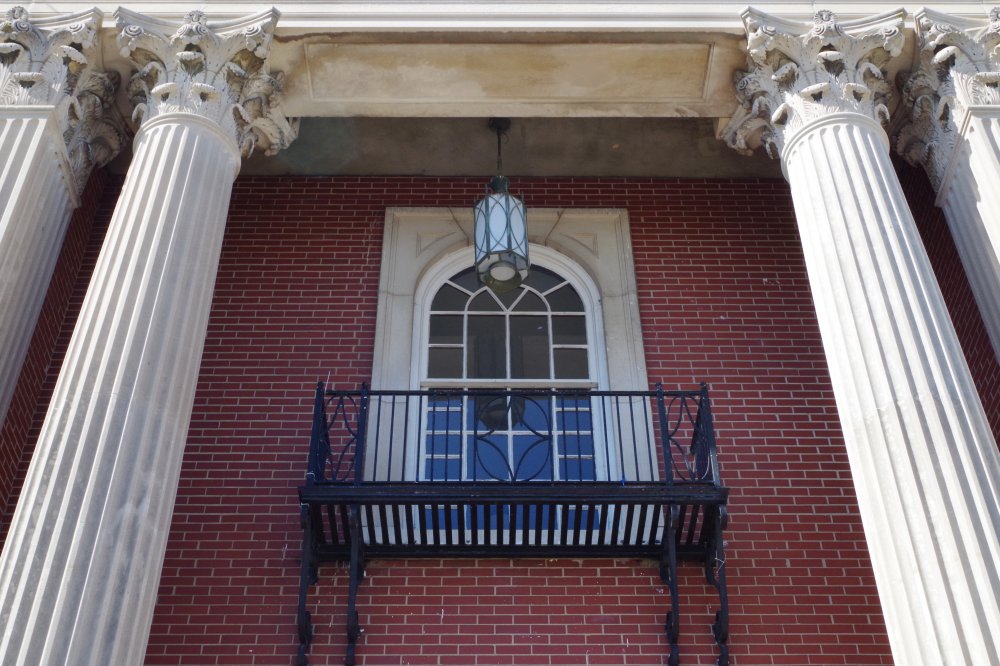 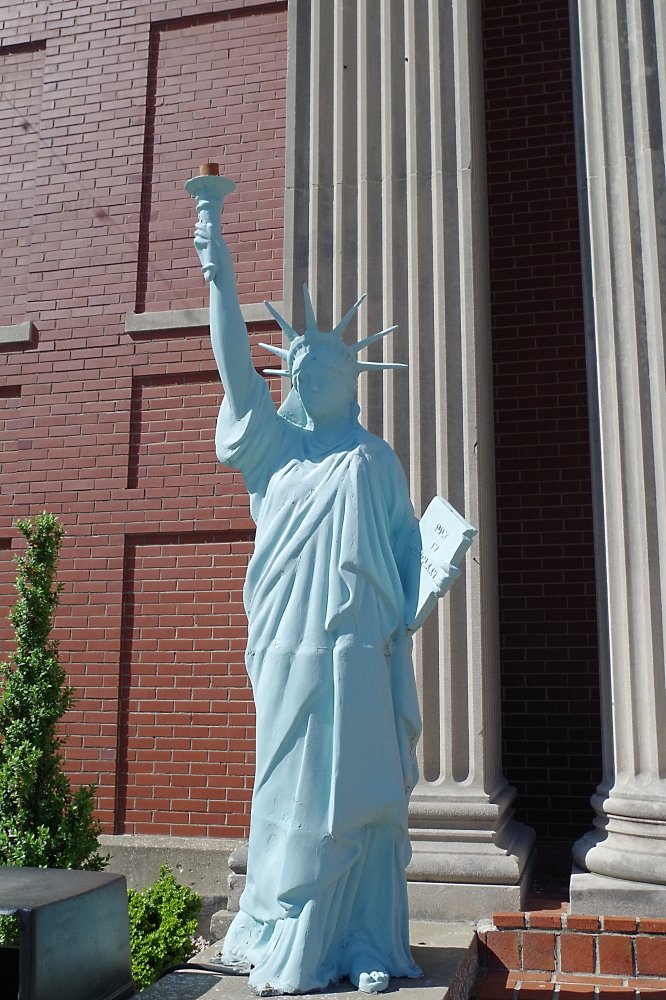 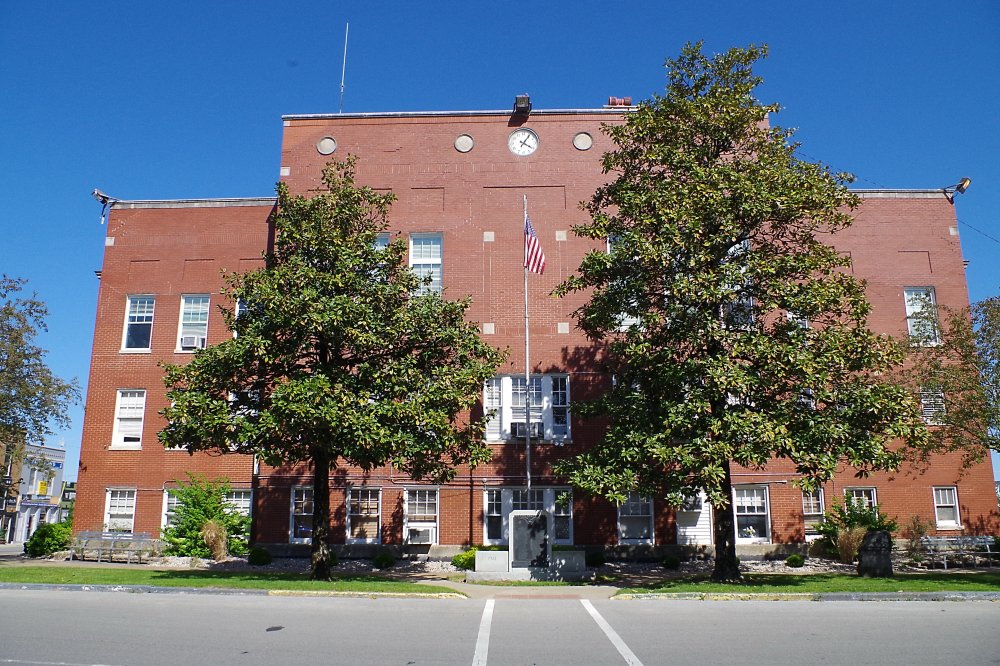 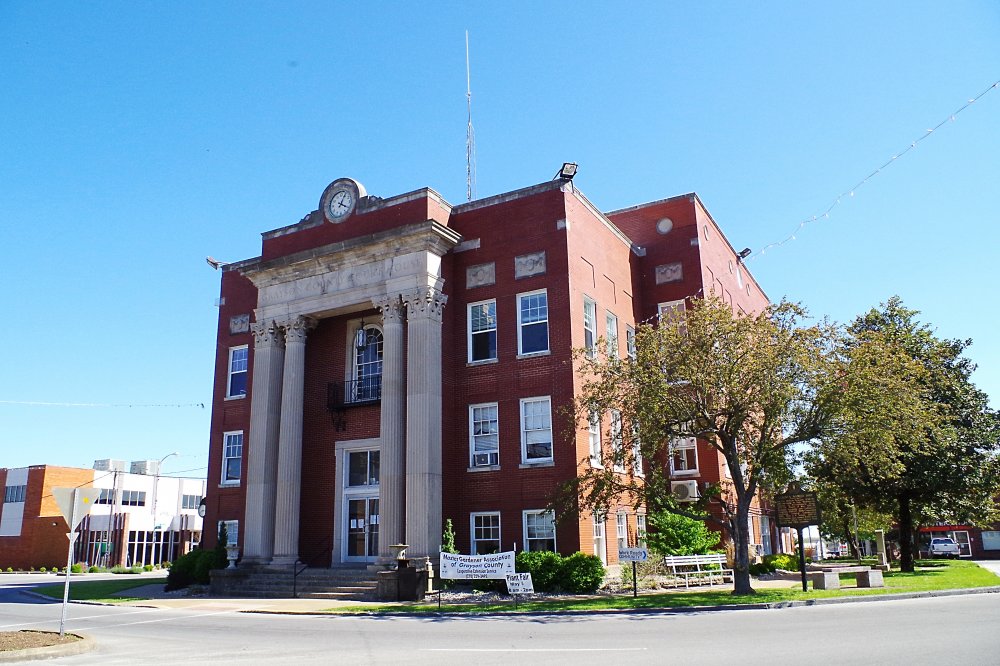 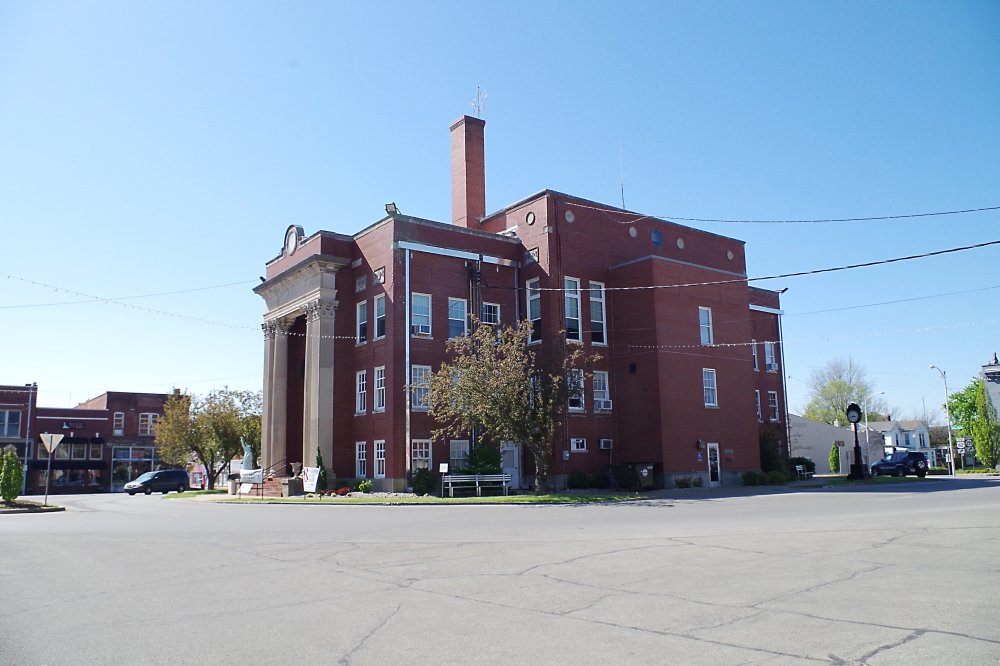 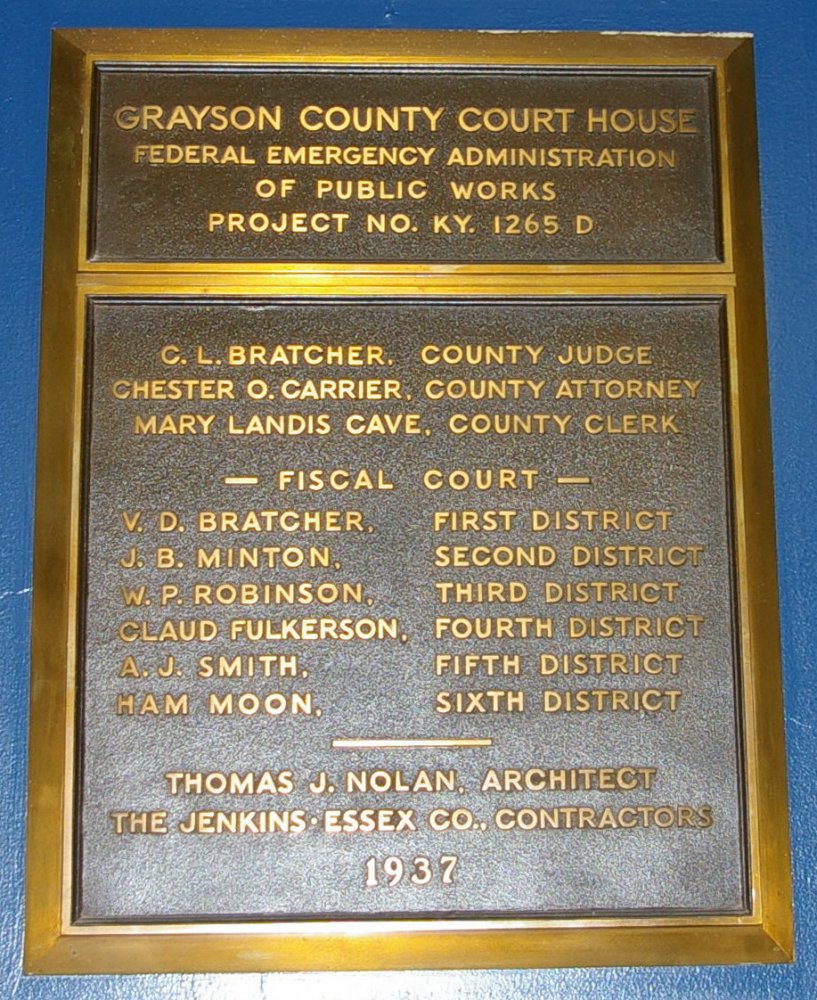 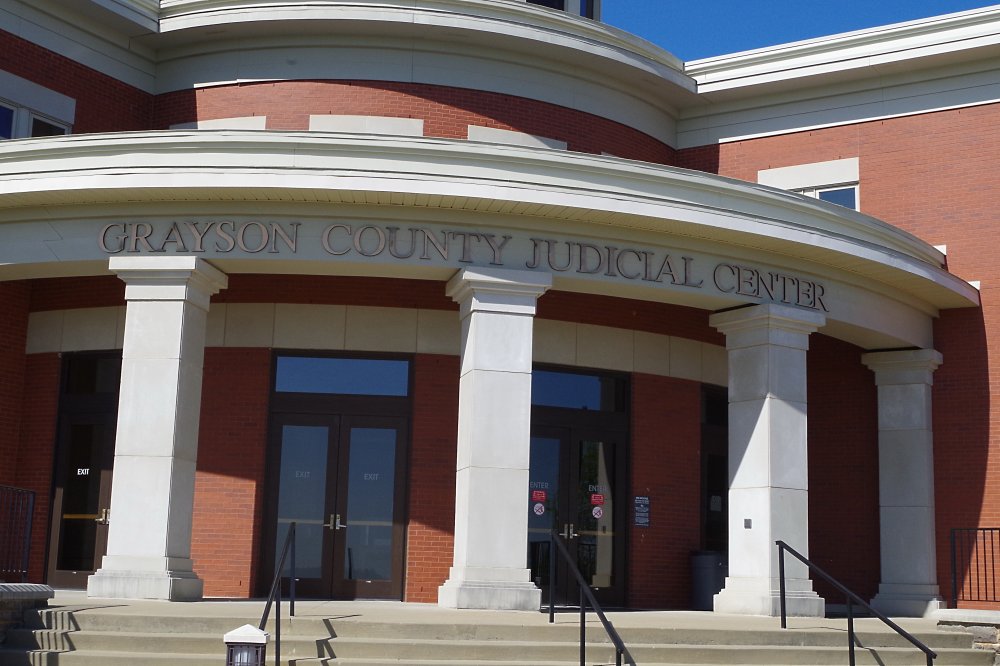 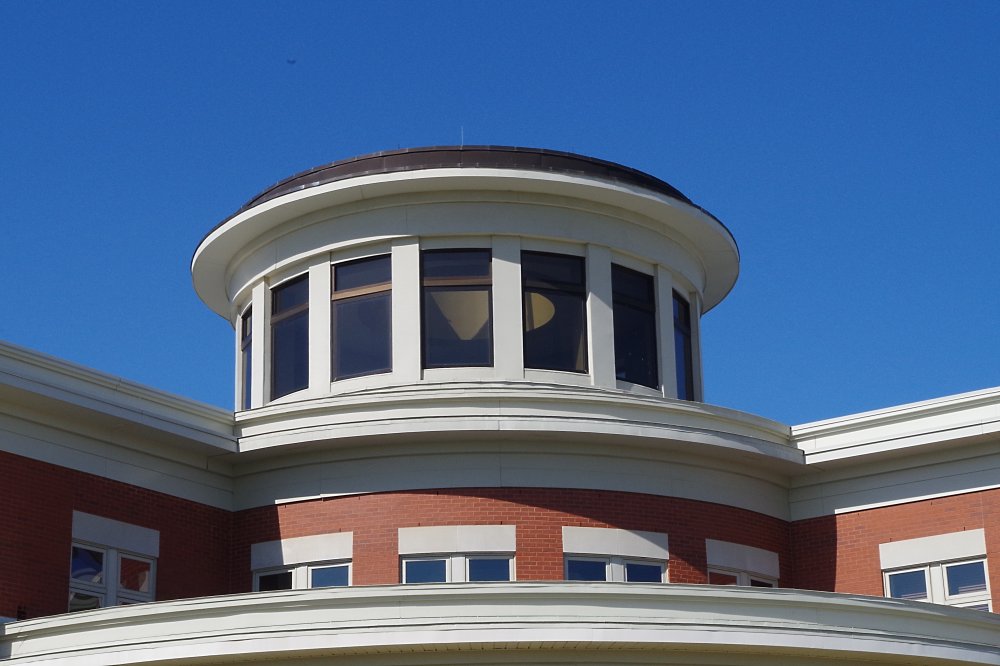 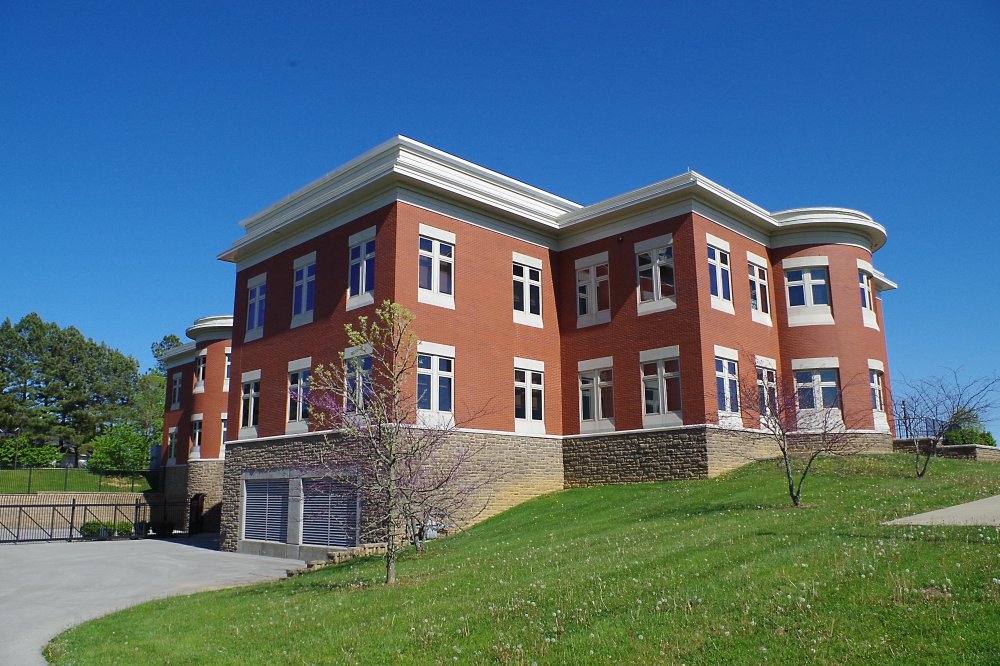 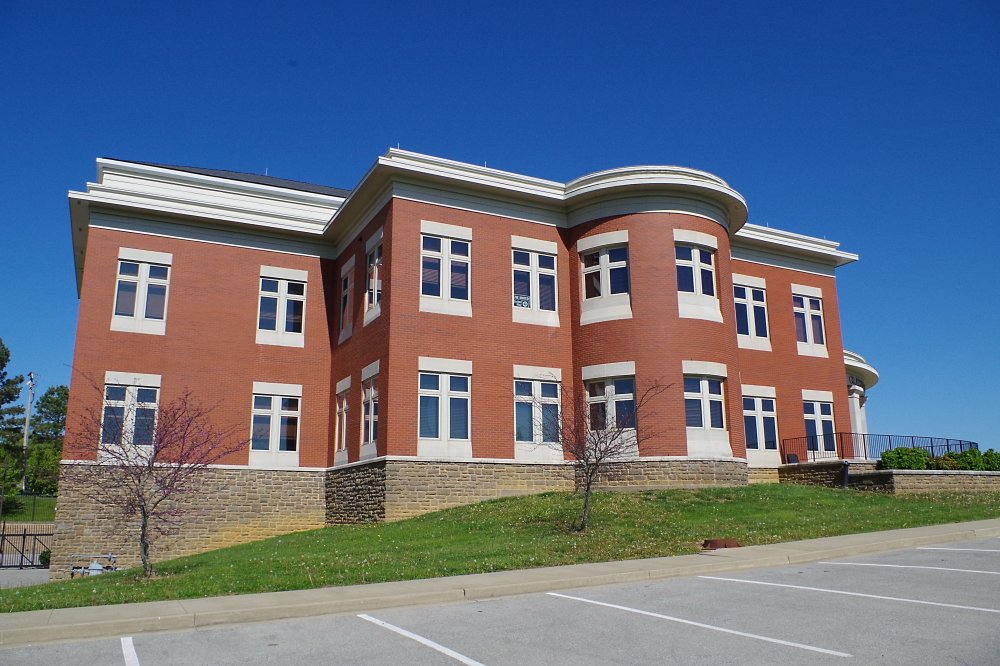