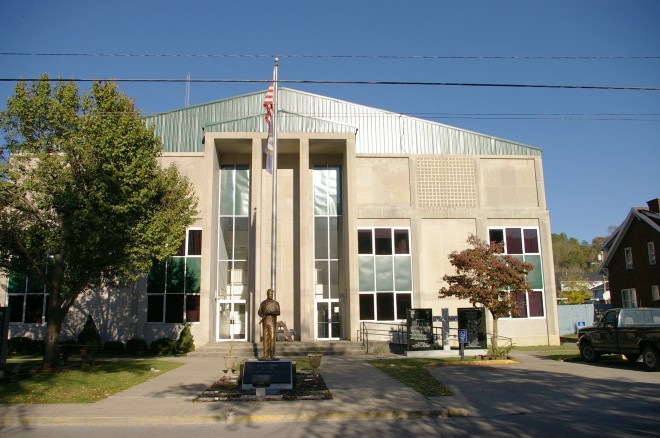 Floyd County is named for John Floyd, who was a surveyor and pioneer, and who lived from 1783 to 1837.

Description:  The building faces west and is a three story glass and concrete structure. The building is located on landscaped grounds in the center of Prestonsburg. The west front has a square high portico divided into three sections by vertical concrete dividers. The building is covered by a steep green colored metal roof. History:  The county was created in 1799 and Preston’s Station was selected as the county seat in 1800. The first courthouse was a log structure erected in 1800. The building was destroyed by fire on April 8, 1808. The court met in the homes of William James Mayo and Joseph Janes until the second courthouse was built in 1809. The county seat name was changed to Prestonsburg in 1829. The fourth courthouse was a two story brick structure designed by Palliser, Palliser & Company in 1888. The building was razed in 1963 when the fifth courthouse was constructed in 1963 to 1964 which building is still standing. The sixth and present courthouse, County Justice Center,  was constructed in 1996 to 1998. 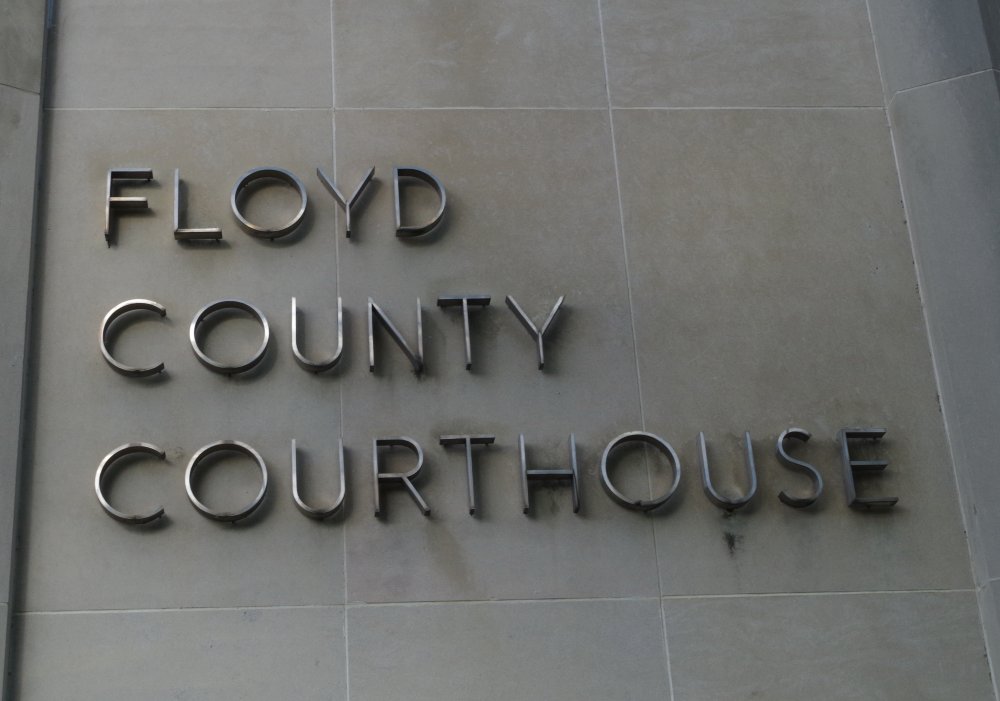 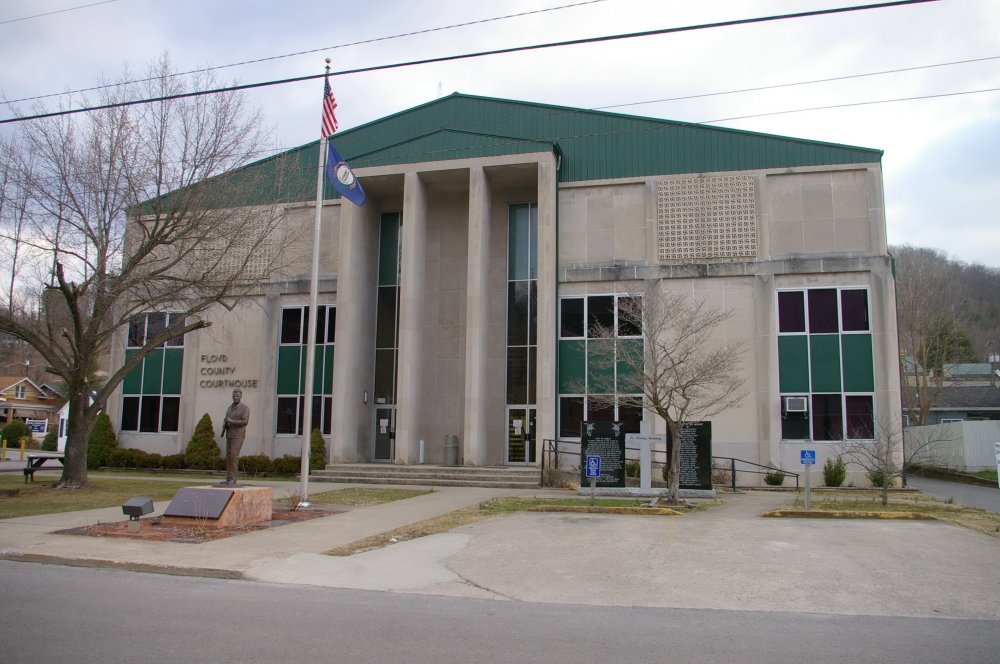 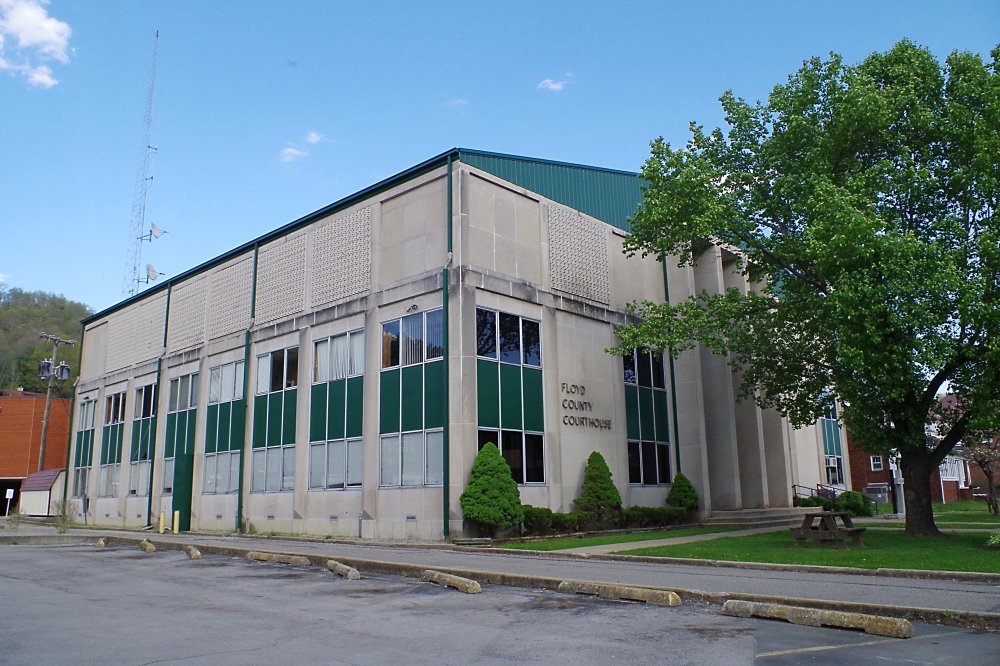