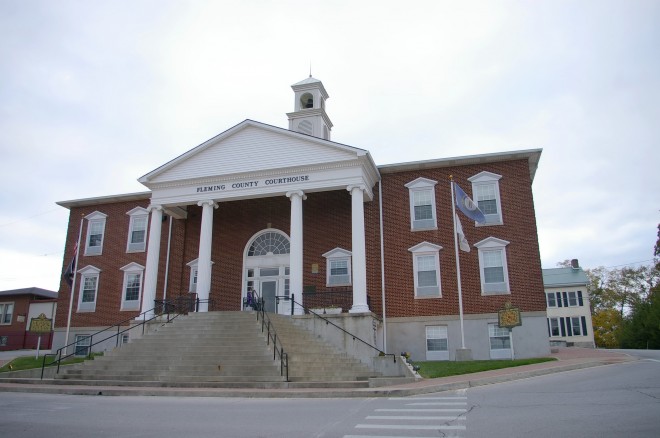 Fleming County is named for John Fleming, who was an early settler in the area. 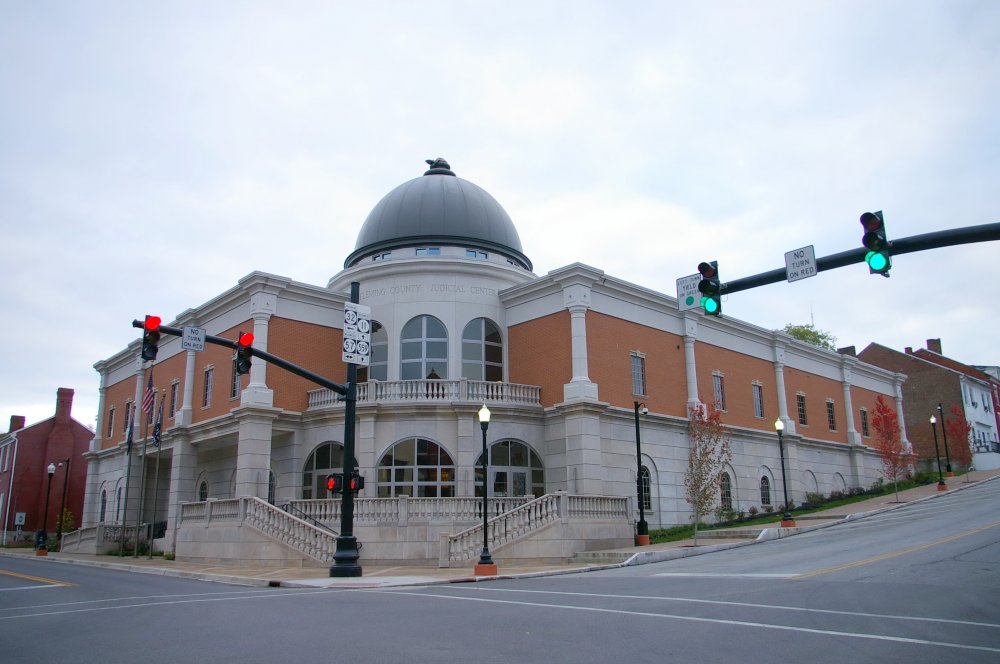 Description:  The building faces south and is a two story structure. The building is located in the center of Flemingsburg. The south corner has a curved section with large arched entrances on the first story and with a balustrade along the second story. Behind is a round section with arched windows and large dome. The upper sections of the northeast and northwest wings are red colored brick with columns. The roof line is flat. 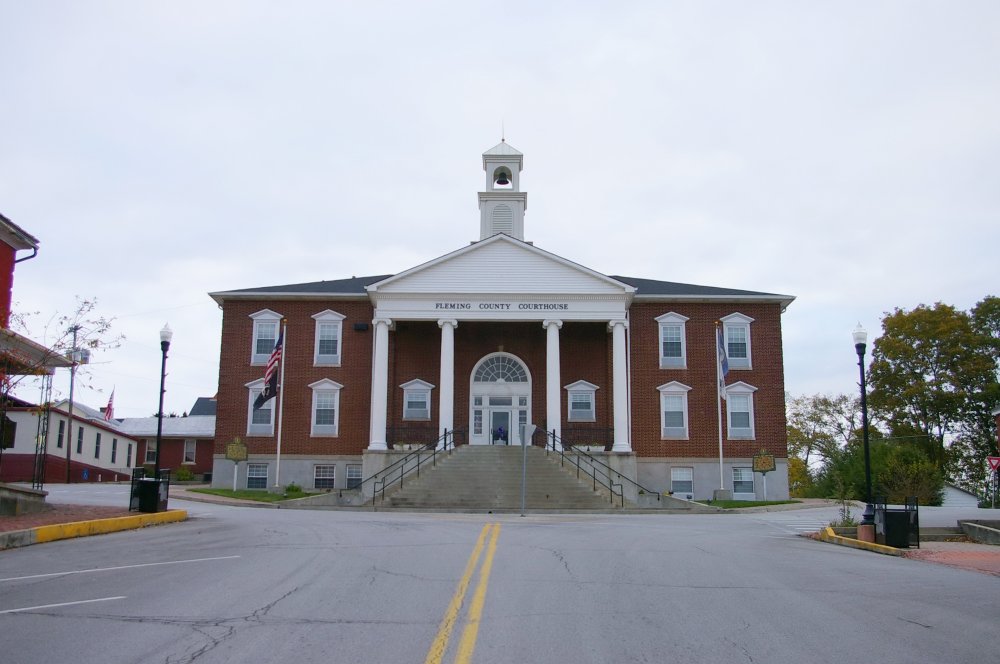 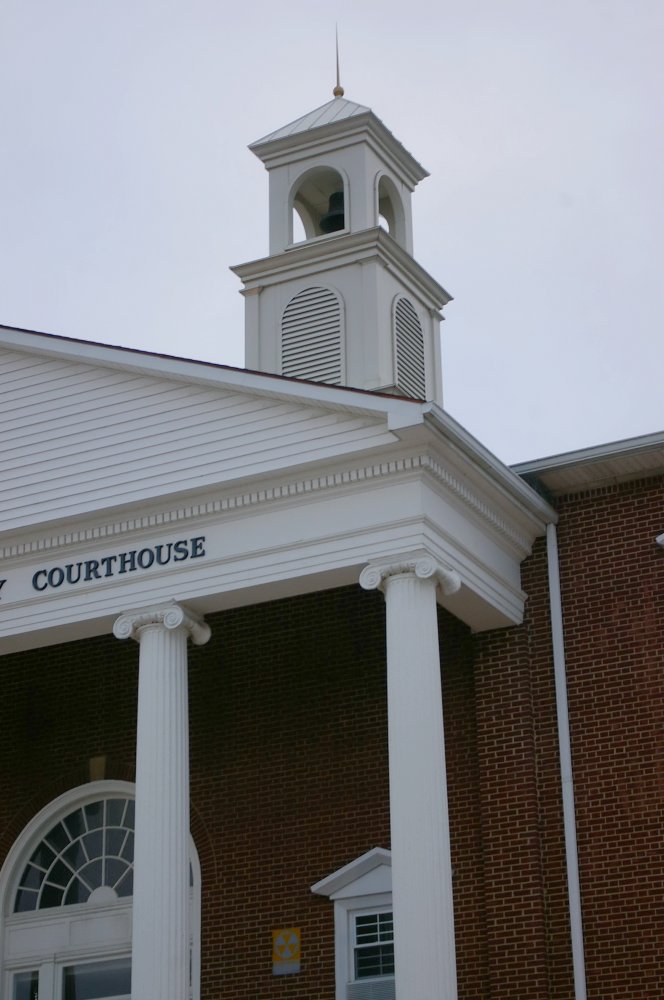 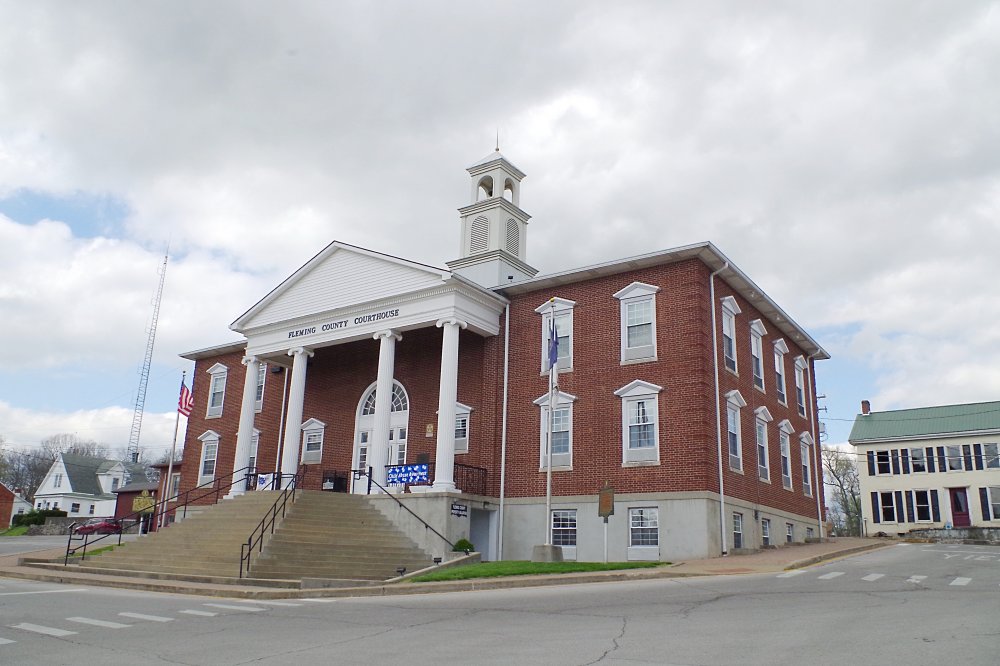 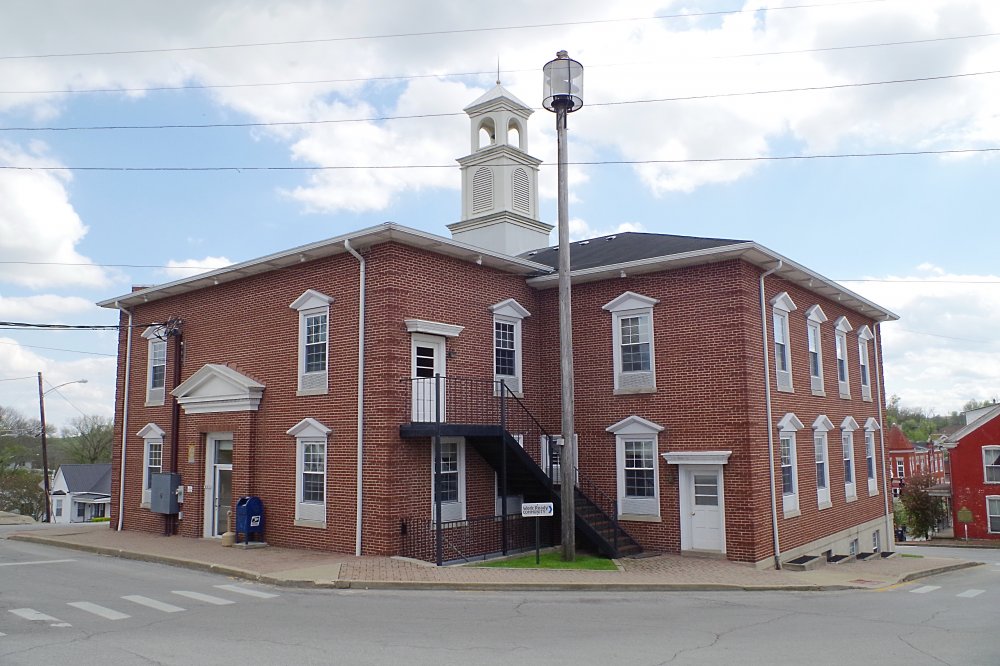 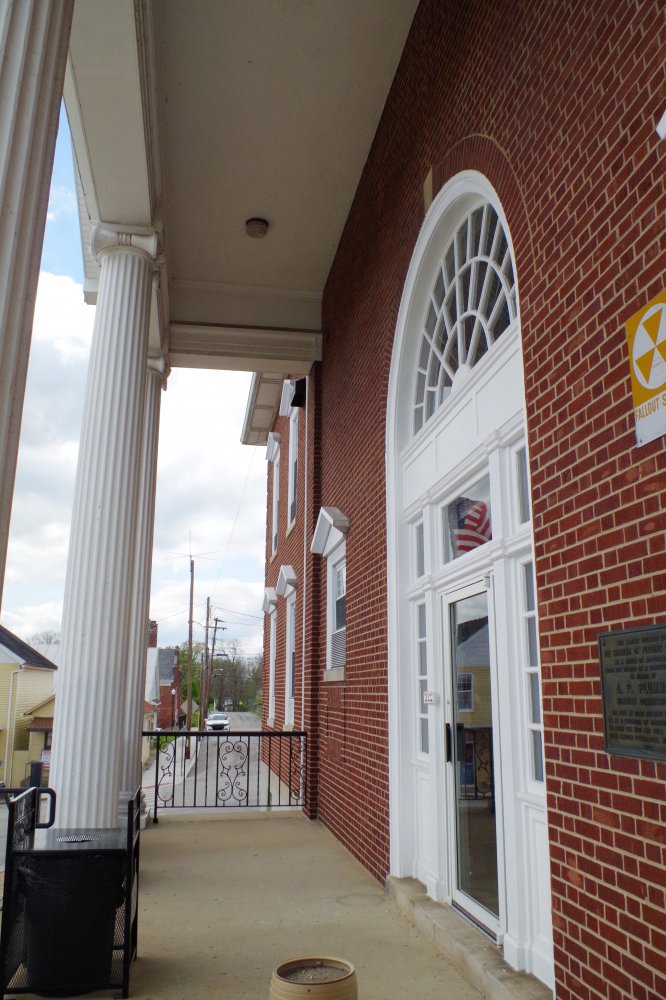 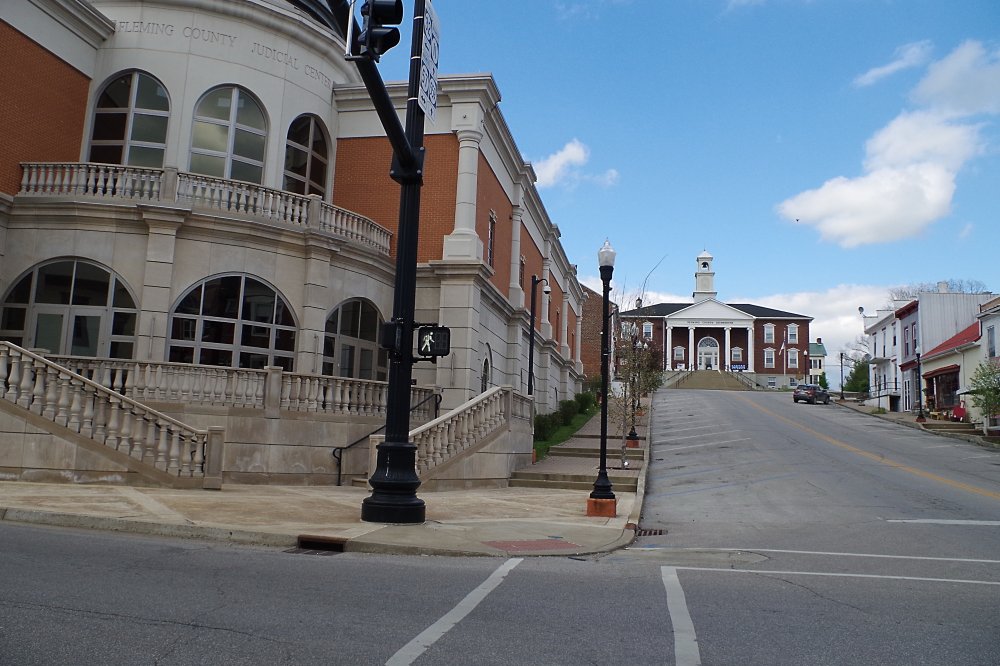 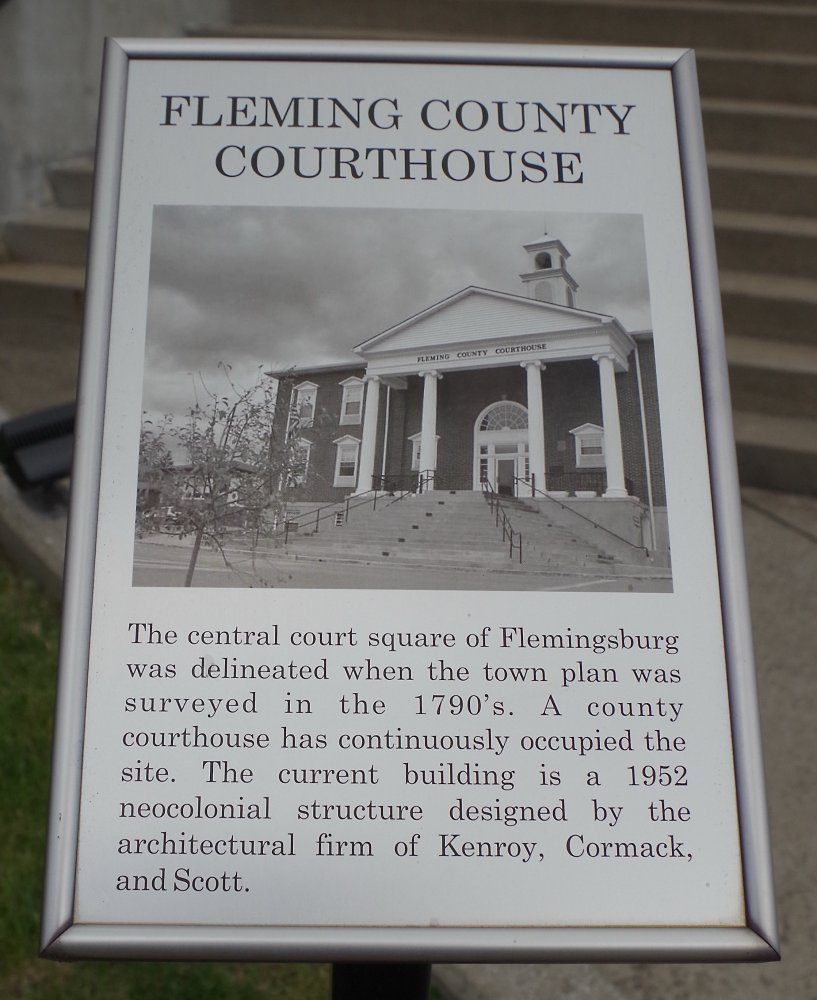 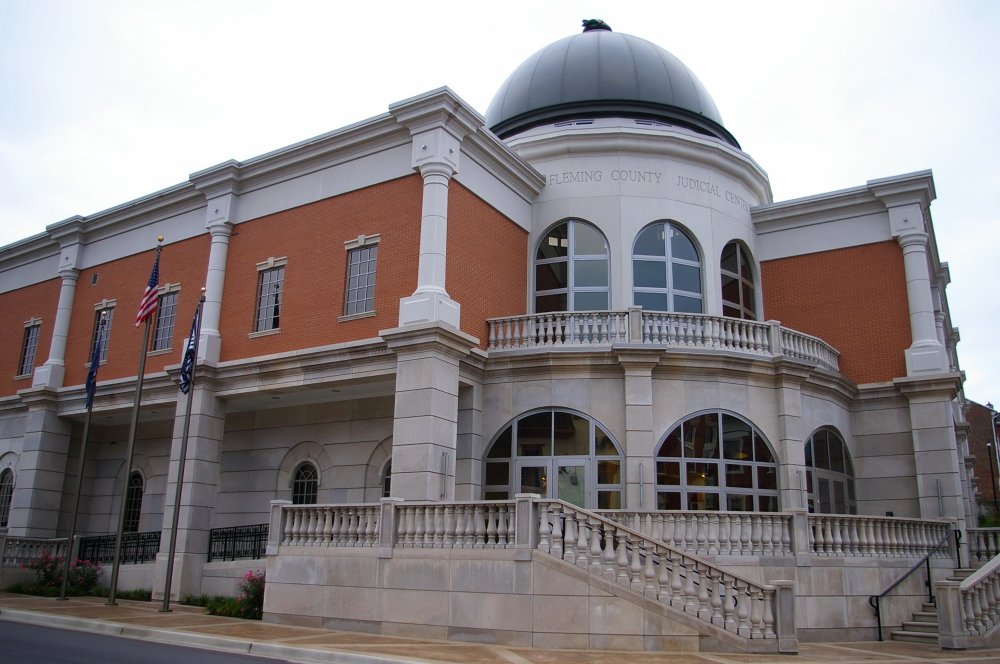 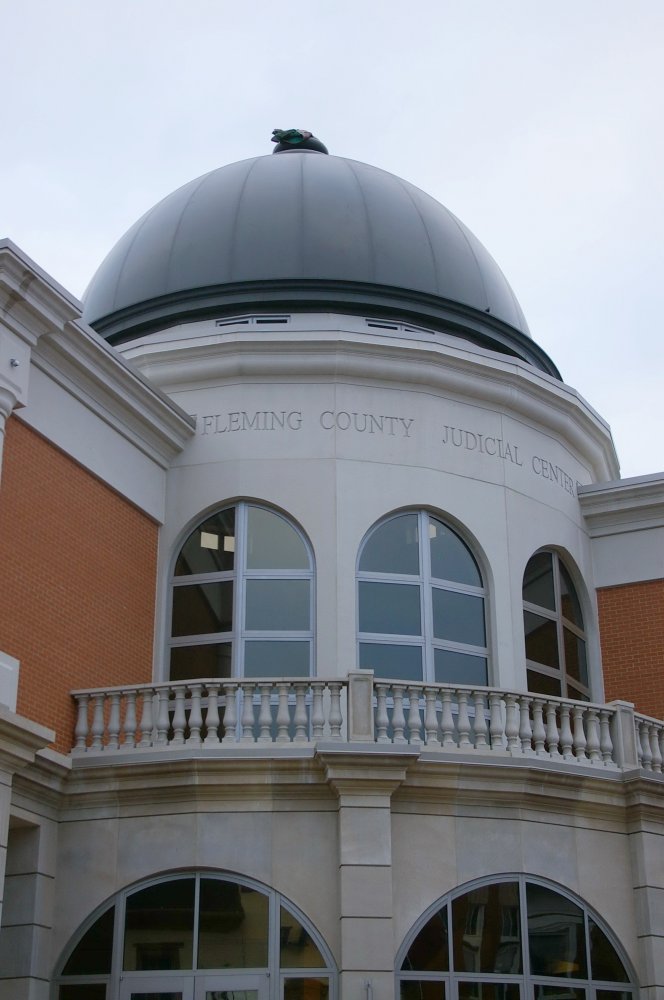 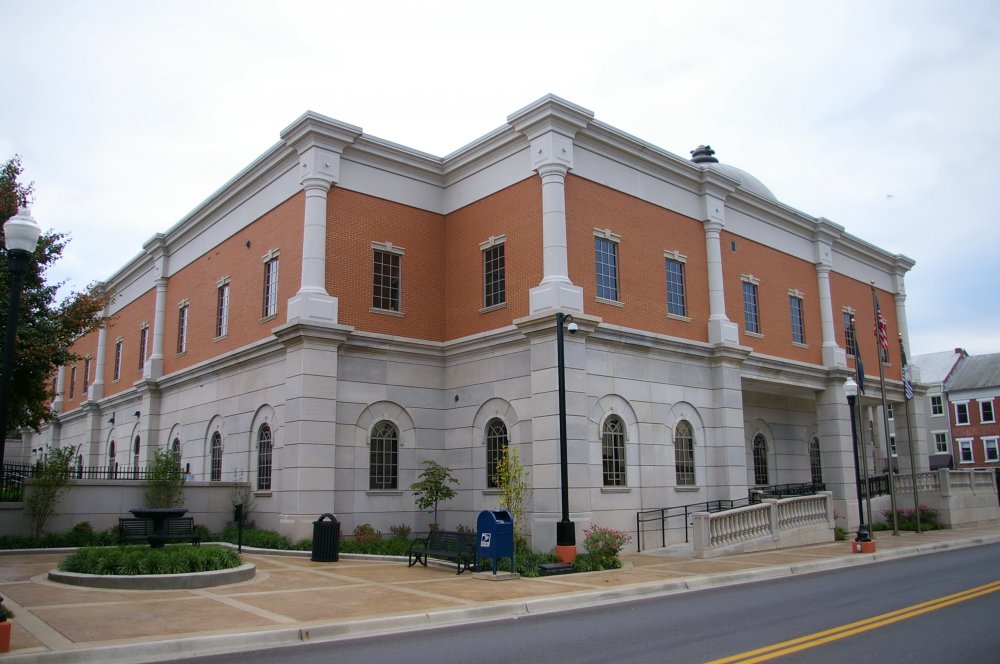