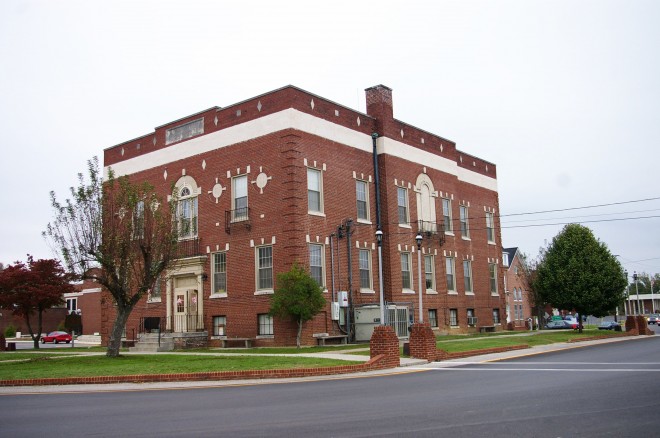 Cumberland County is named for the Cumberland River which flows through the county.

Description:  The building faces southwest and is a two story red colored brick structure. The building is located on the landscaped grounds of the Public Square in the center of Burkesville. The southwest front has an entrance flanked by two columns rising to the header above the doorway. Above the doorway is a large arched window on the second story. White colored stones decorate the tops of the windows. A wide horizontal white colored band encircles the building below the roof line. 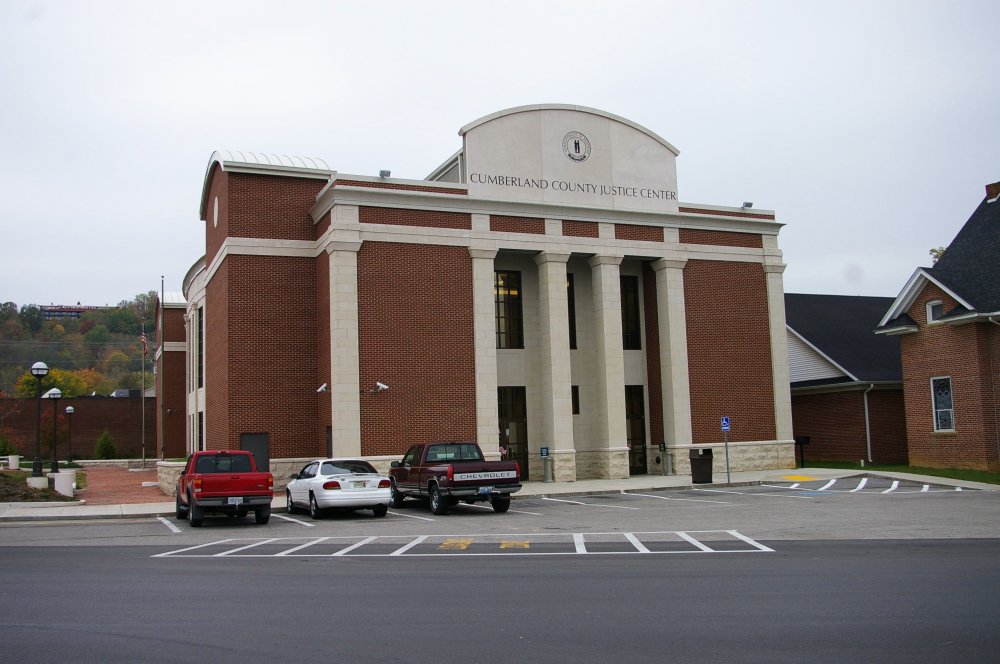 Description:  The building faces north and is a two story dark red colored brick and concrete structure. The building is located on landscaped grounds on the south side of the Public Square in the center of Burkesville with the courthouse on the north side. The north front has a recessed entrance with four high square pillars. The east and west sides are curved with windows. The roof line is flat. The courtroom is located on the second story. 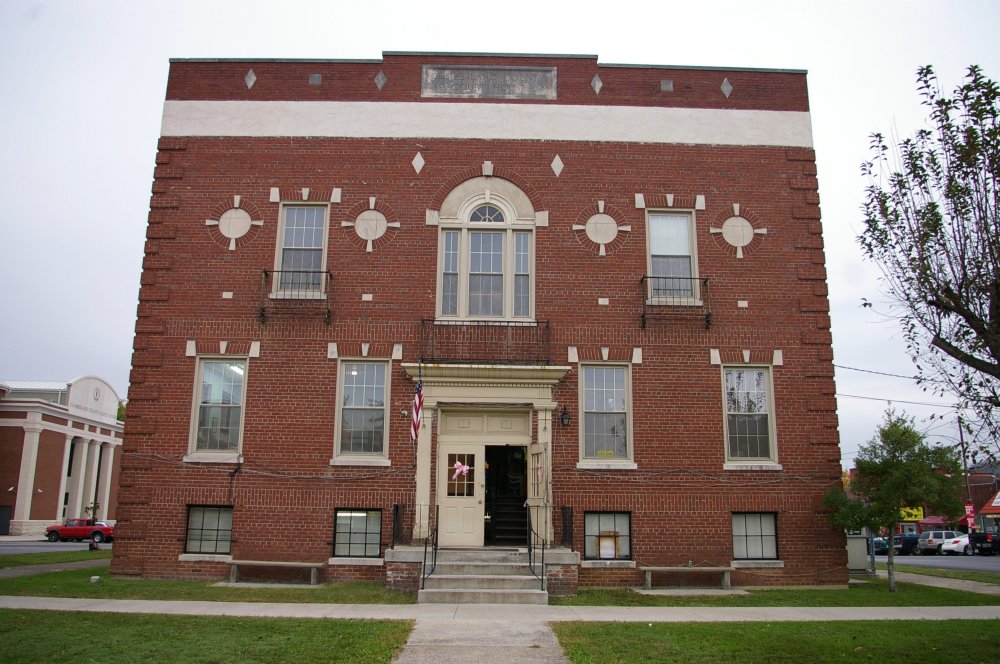 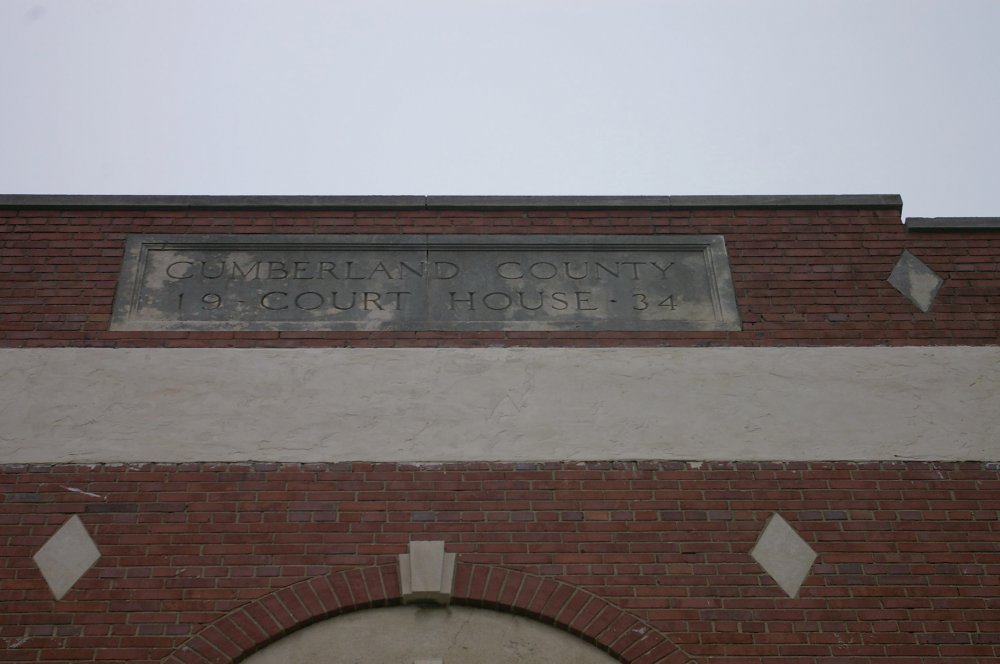 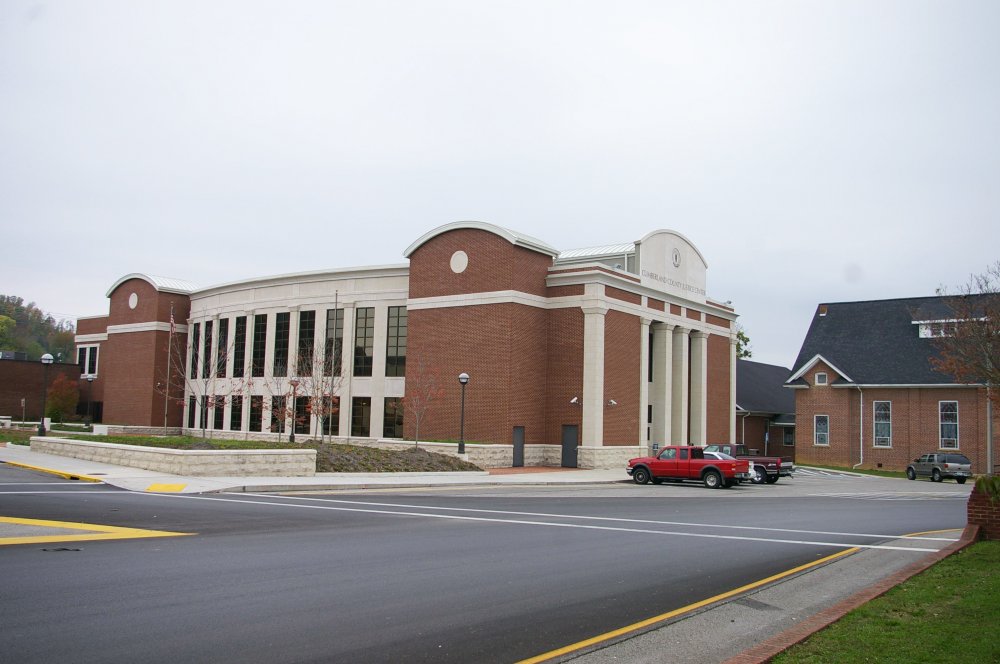 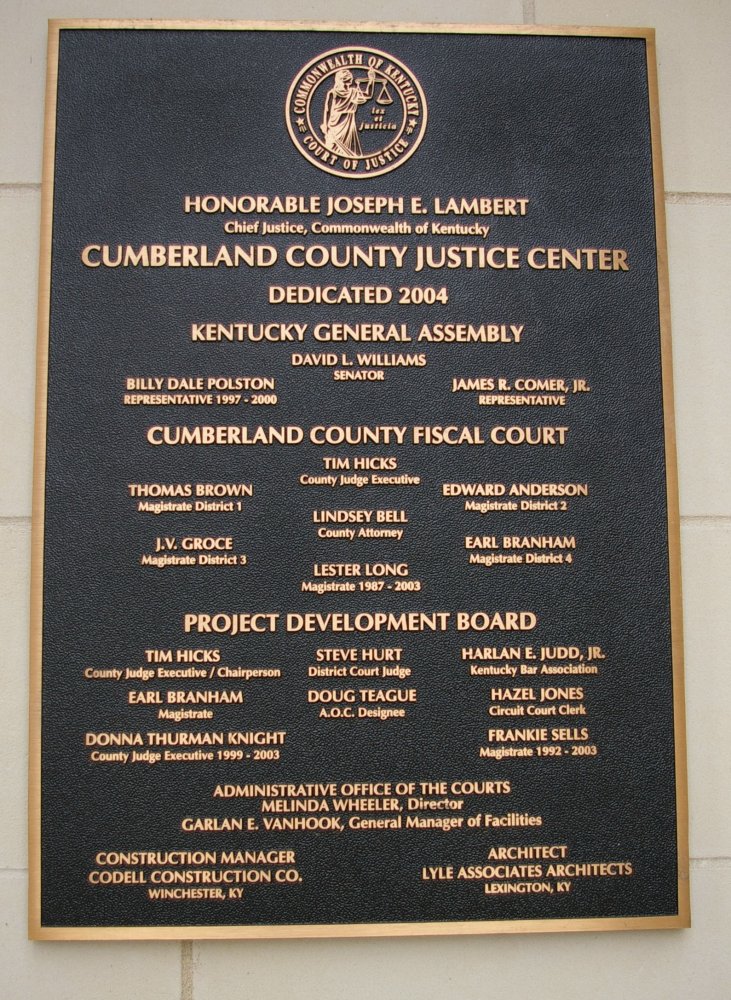