Carlisle County is named for John G Carlisle, who was a United States legislator from 1877 to 1889.

Description:  The building faces north and  is a two story white colored brick and concrete structure. The building is located on spacious landscaped grounds on the eastern edge of Bardwell. The north front has a large portico with four columns rising to a pediment at the roof line. On the east and west are one story wings. The roof is hipped. The District Court courtroom is located in the center of the first story and the Circuit Court courtroom is located in the center of the second story.The building houses the County Circuit Court and County District Court of the 1st Judicial  District. The construction manager was  Ross, Sinclaire & Associates LLC. Description:  The building faced west and was a one story brown colored brick and concrete structure. The building was located on the side of a low hill on the south side of the center of Bardwell. The west front had an enclosed brick portico with three arches along the front and one on each side. The design along the building repeats the arch style with stone at the top and brick along the two-thirds bottom. On the roof center was a large flat cupola with small arched windows. The building was destroyed by fire December 26, 2007. 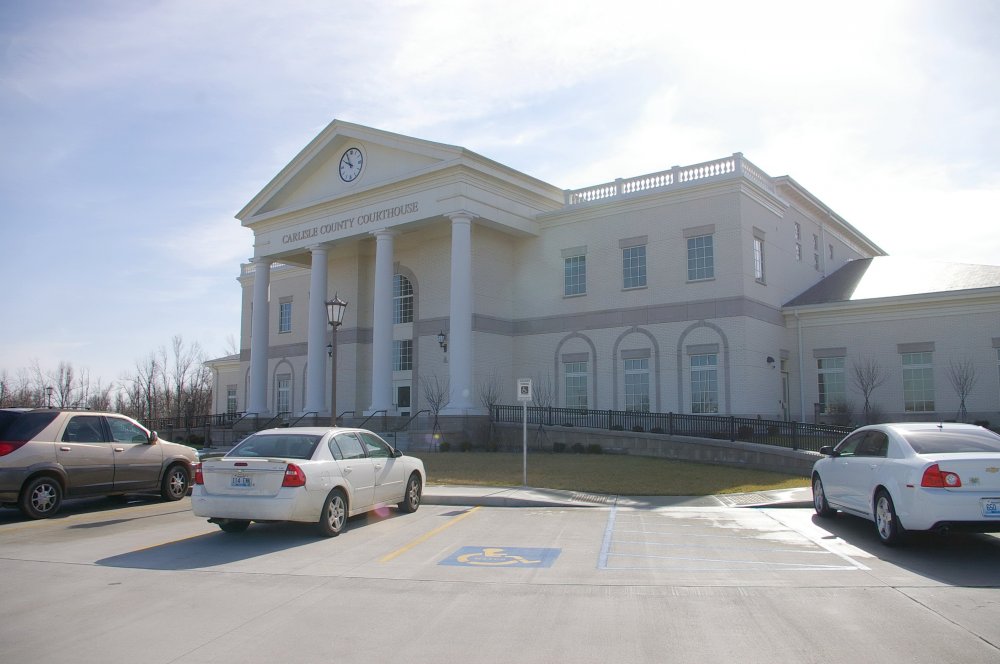 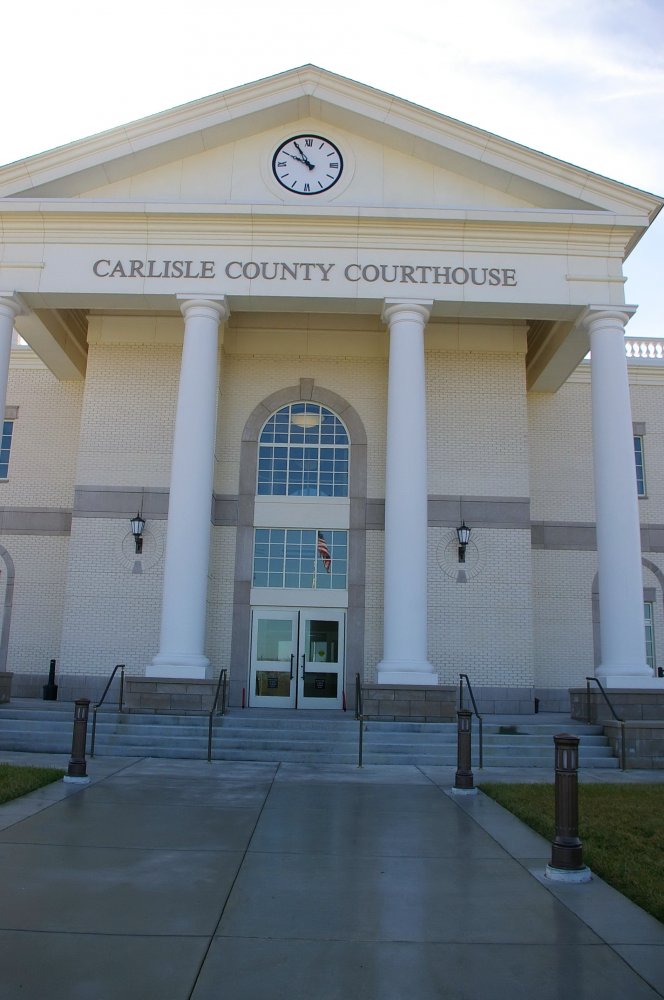 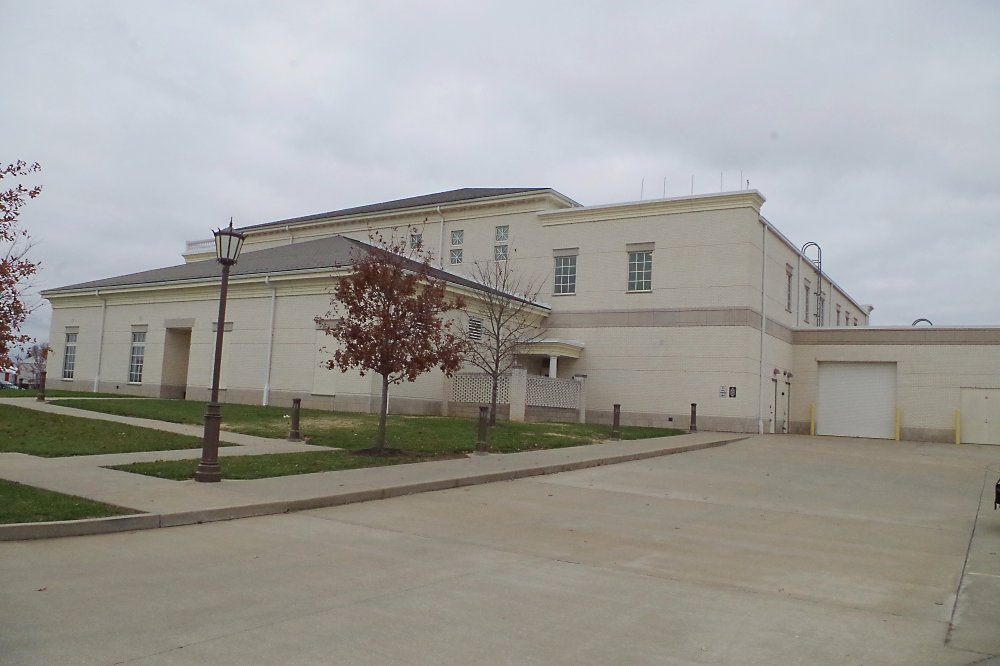 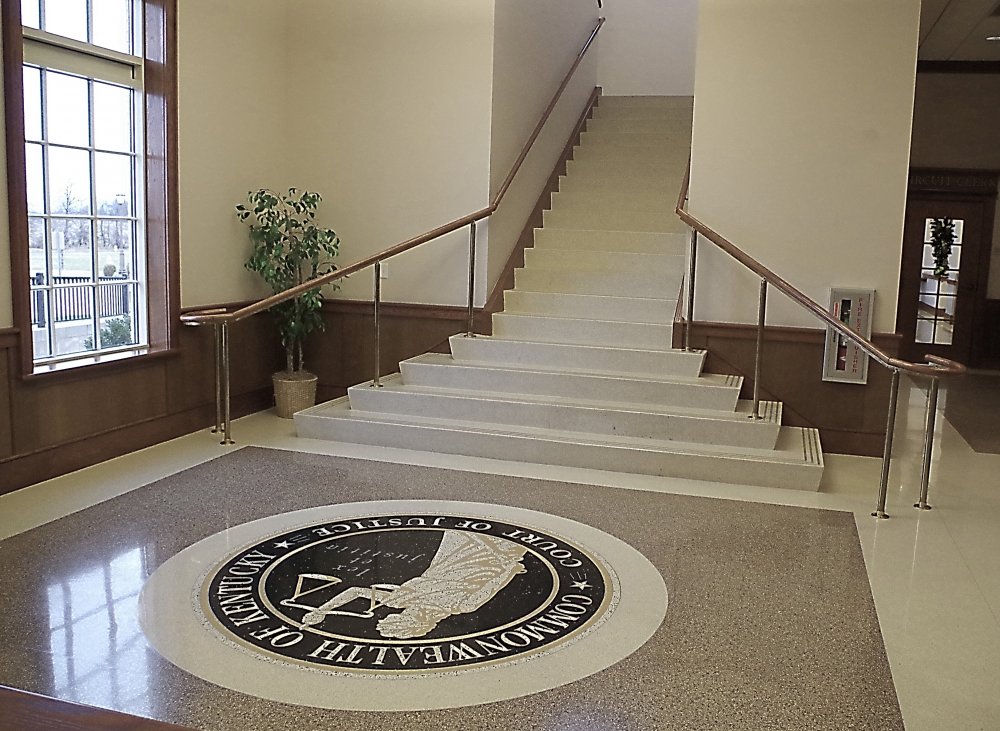 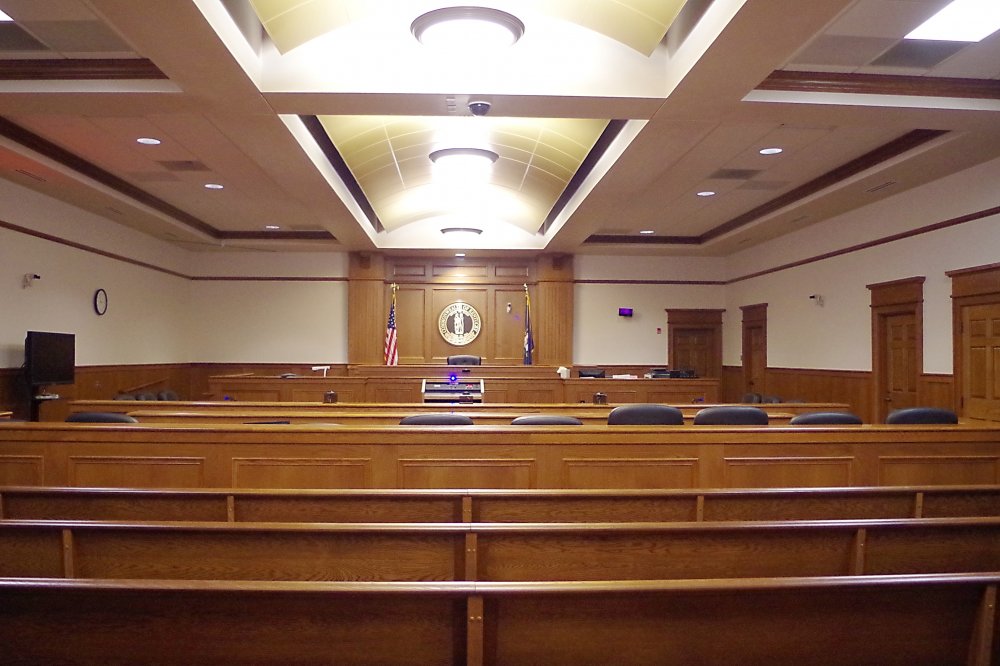 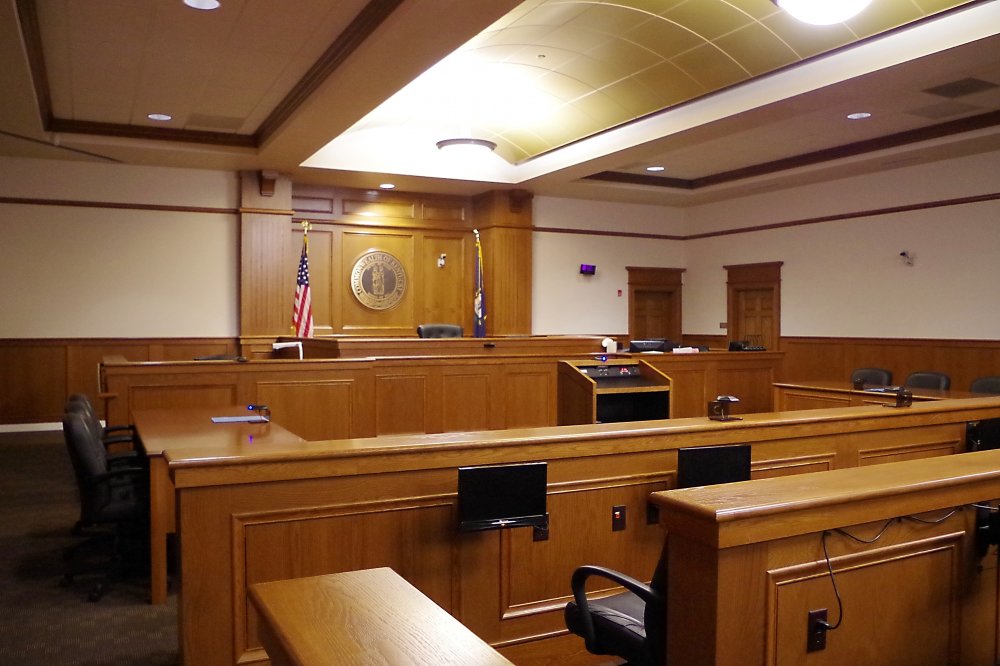 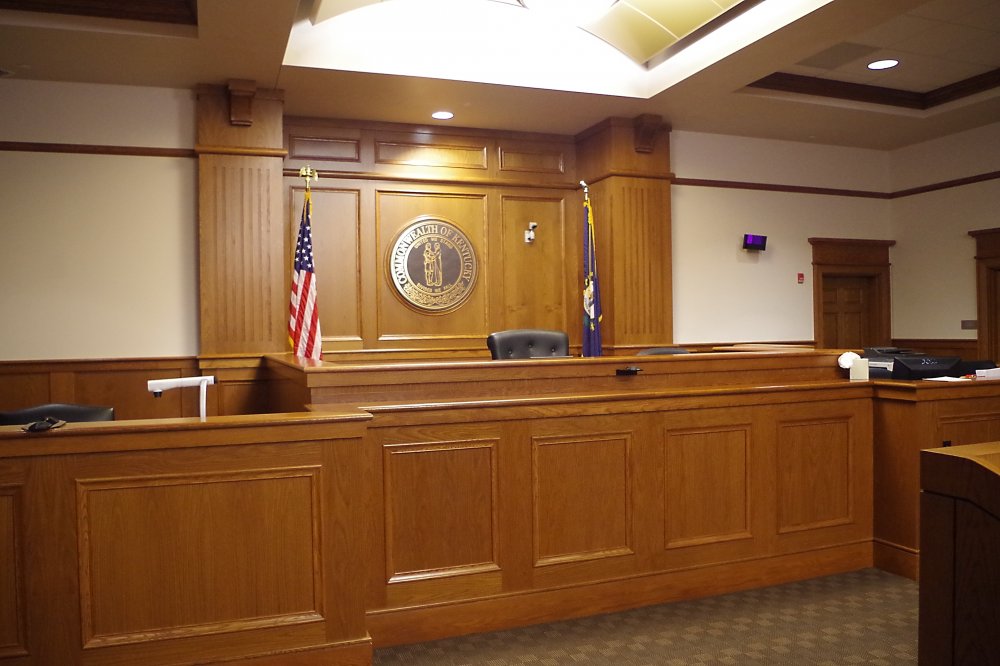 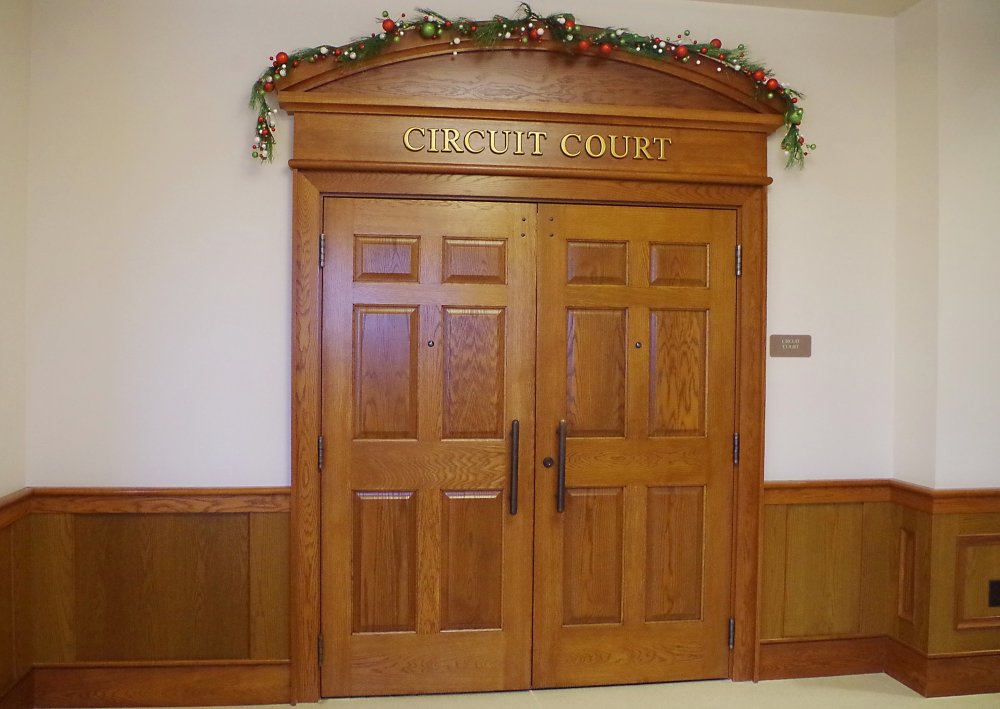 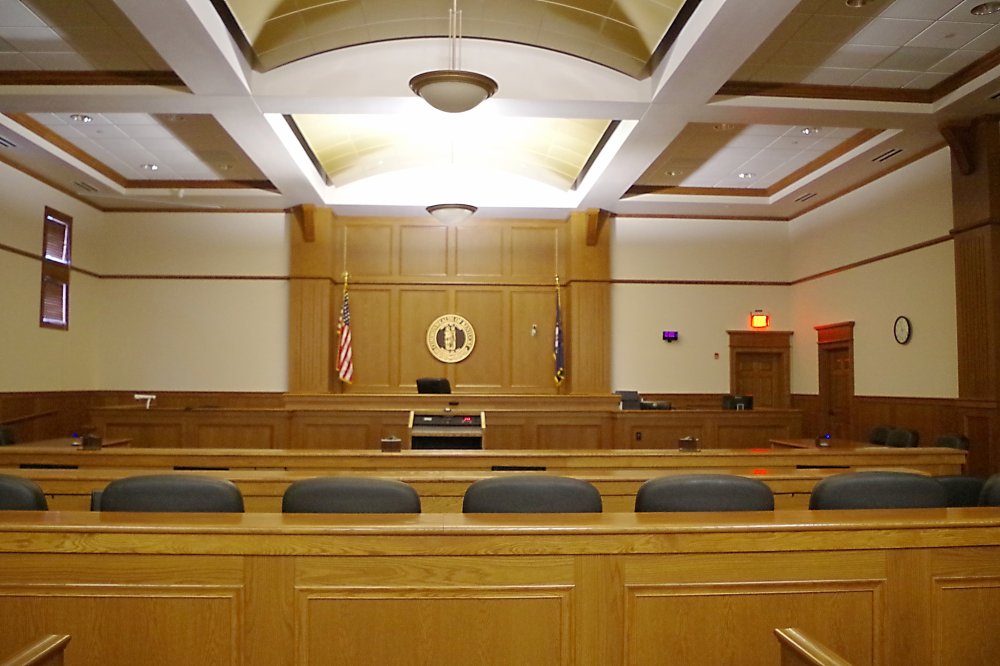 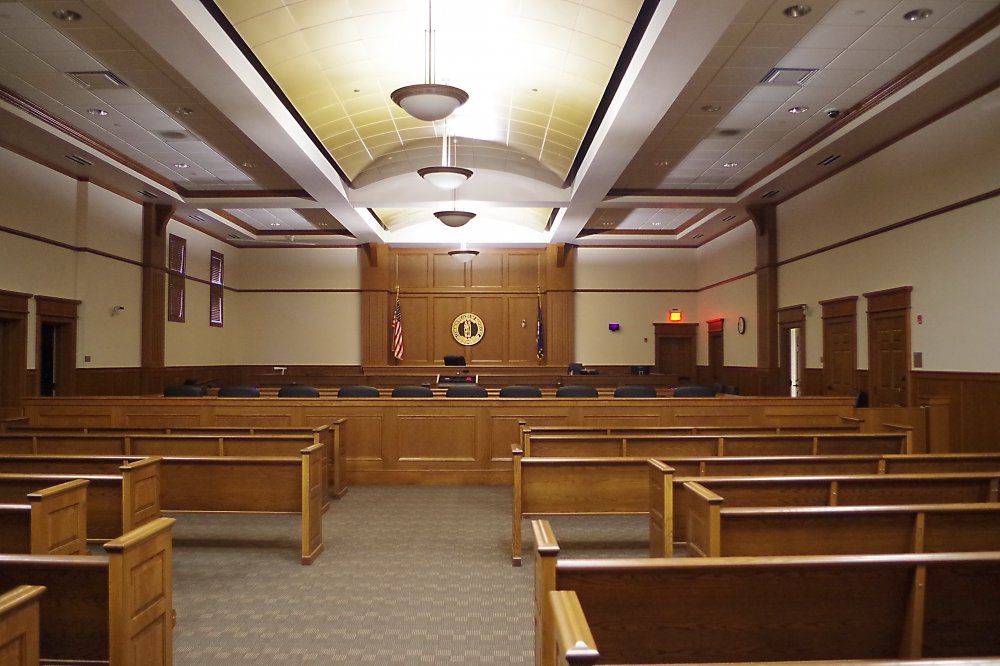 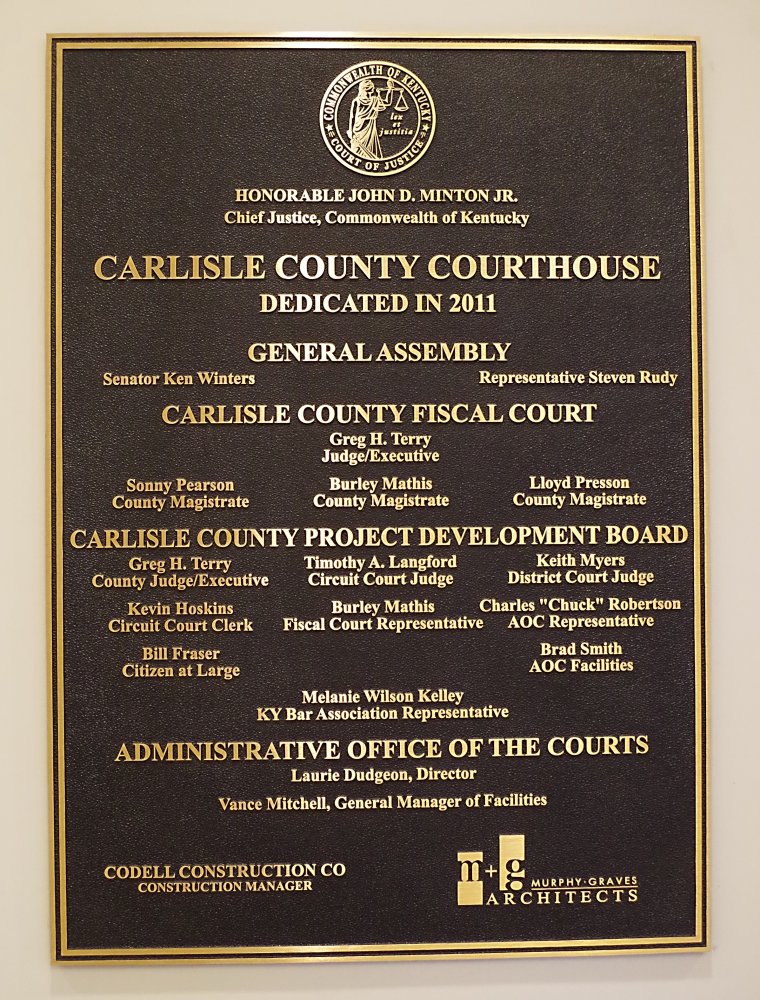