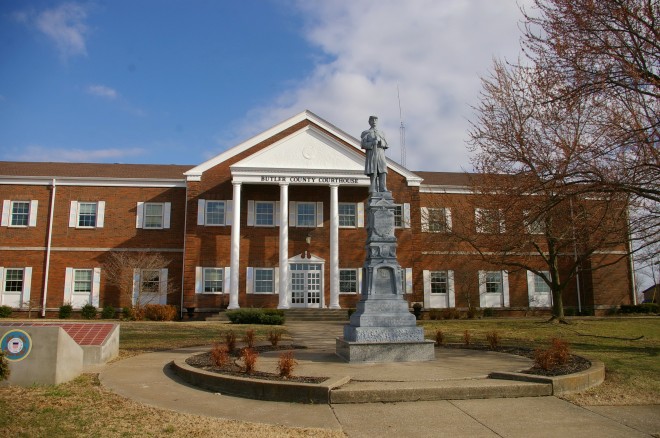 Butler County is named for Richard Butler, who was a general during the American Revolutionary War.

Description:  The building faces northwest and is a two story red colored brick and concrete structure. The northwest front has a large portico with four columns rising to a wide pediment at the roof line. On the roof is a white colored cupola. The building was renovated in 1997 to 1998. The architect was James E Denton and the contractor was Lanham Brothers.

Note:  The first courthouse built in 1811 was modeled after the Hardin County Courthouse. The courthouse severed until it was destroyed by fire in 1872. The second courthouse built by James A Shirley in 1873. It served until 1975 when the third and present courthouse was constructed. 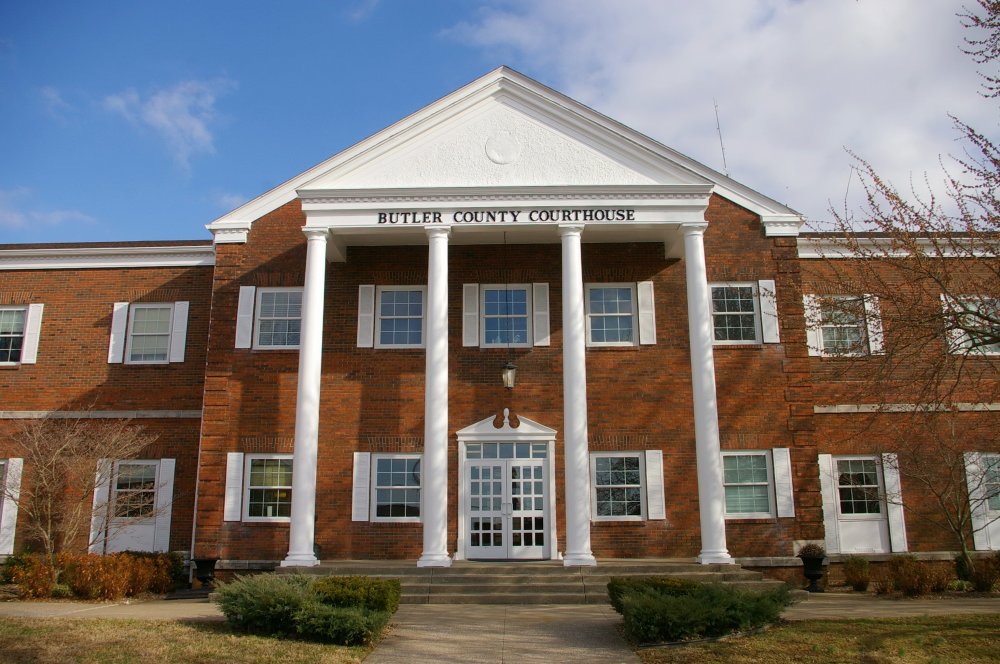 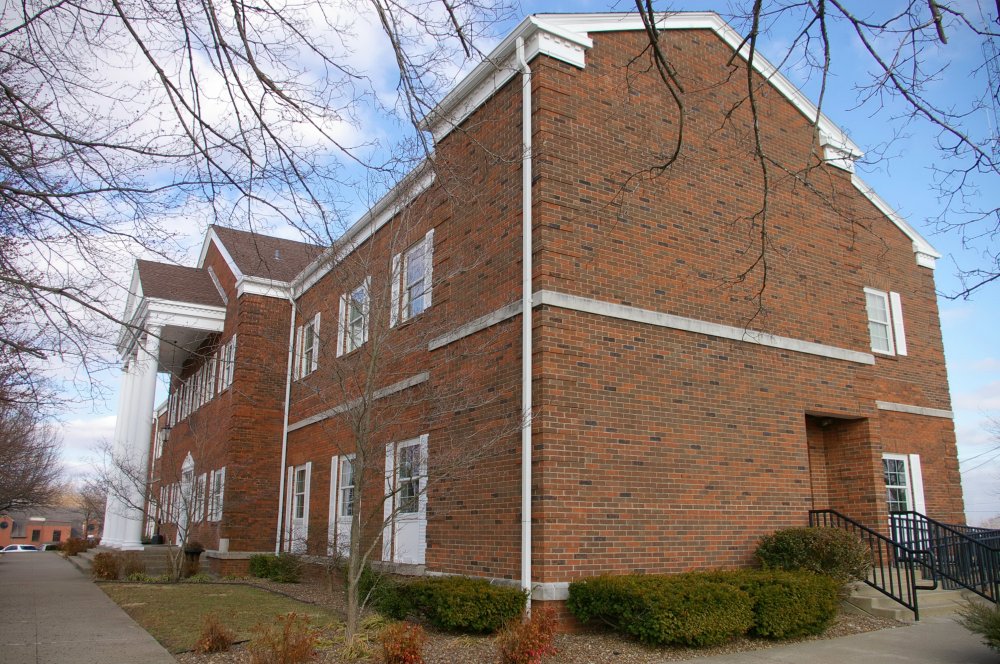 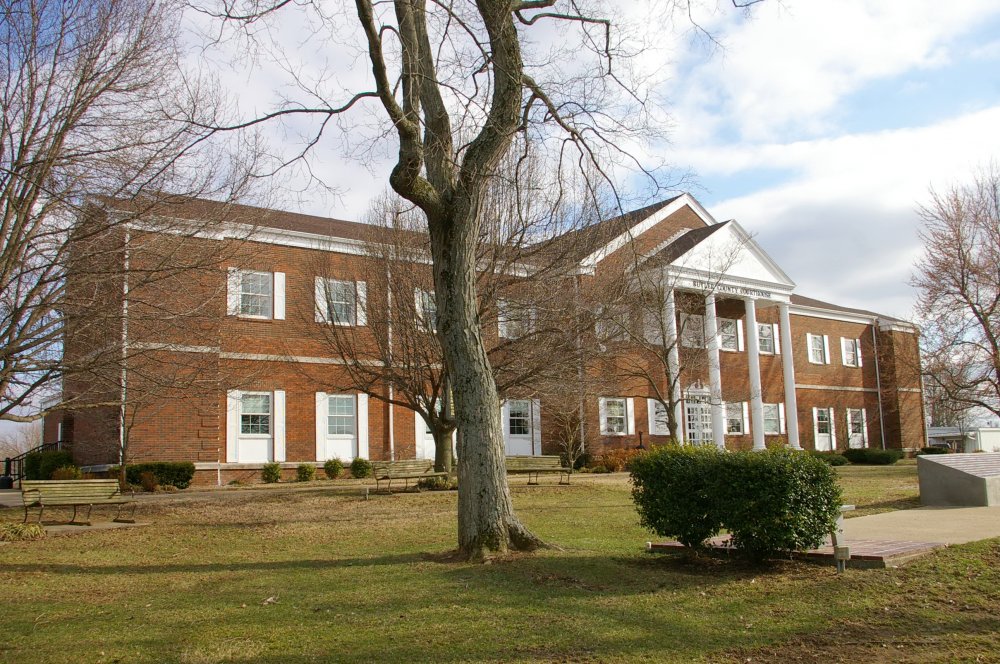 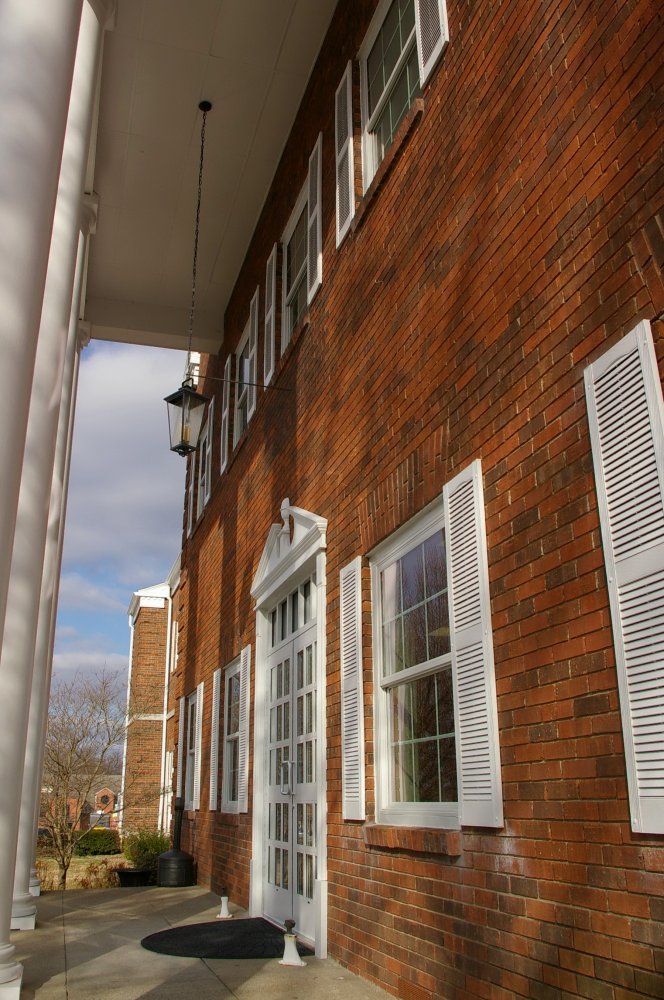 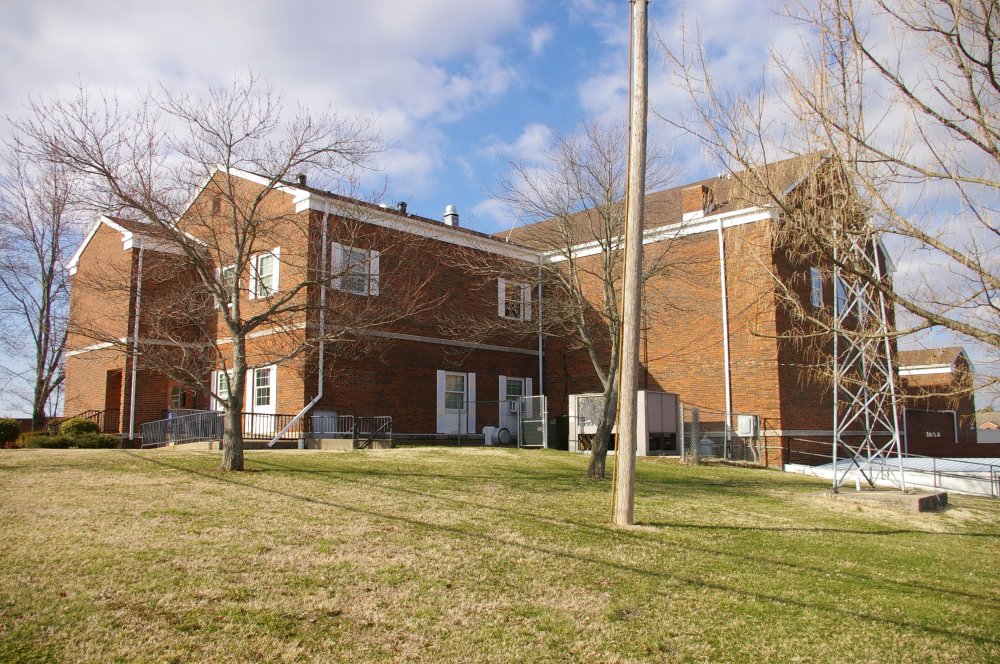 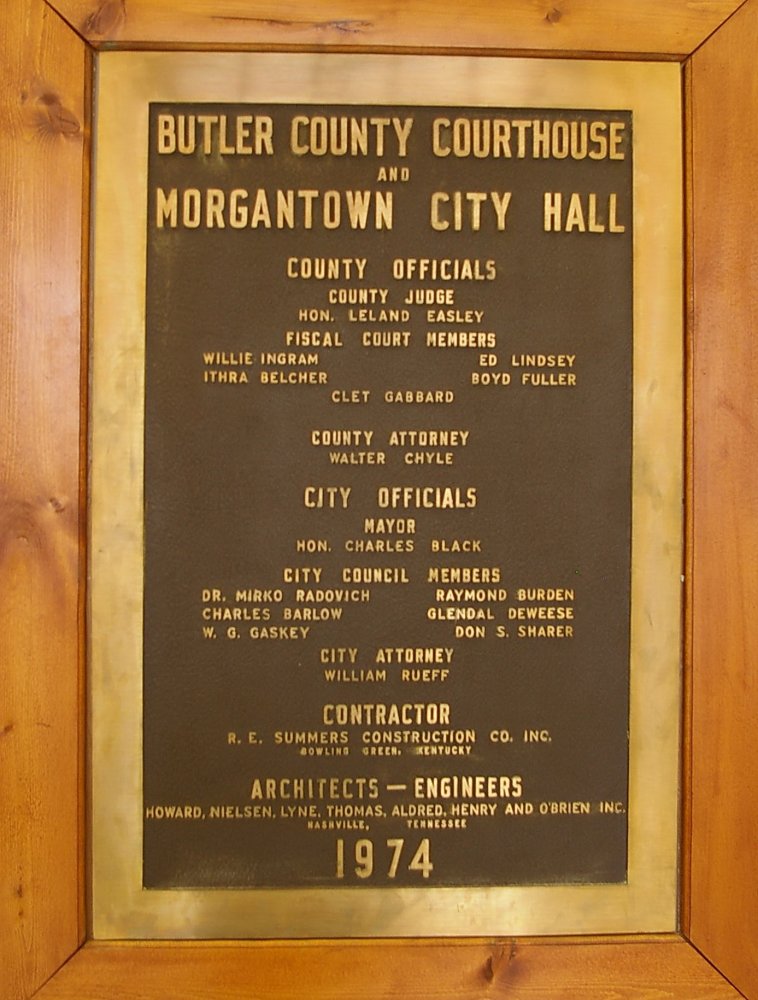 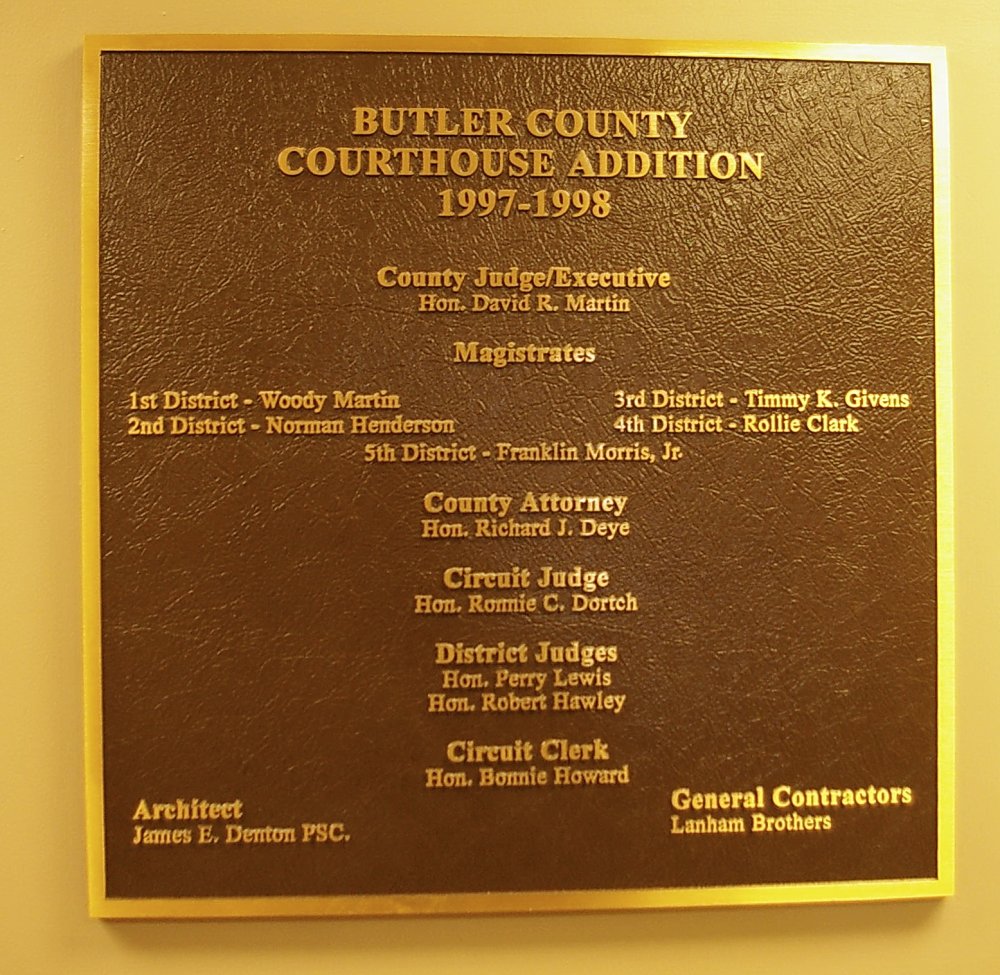 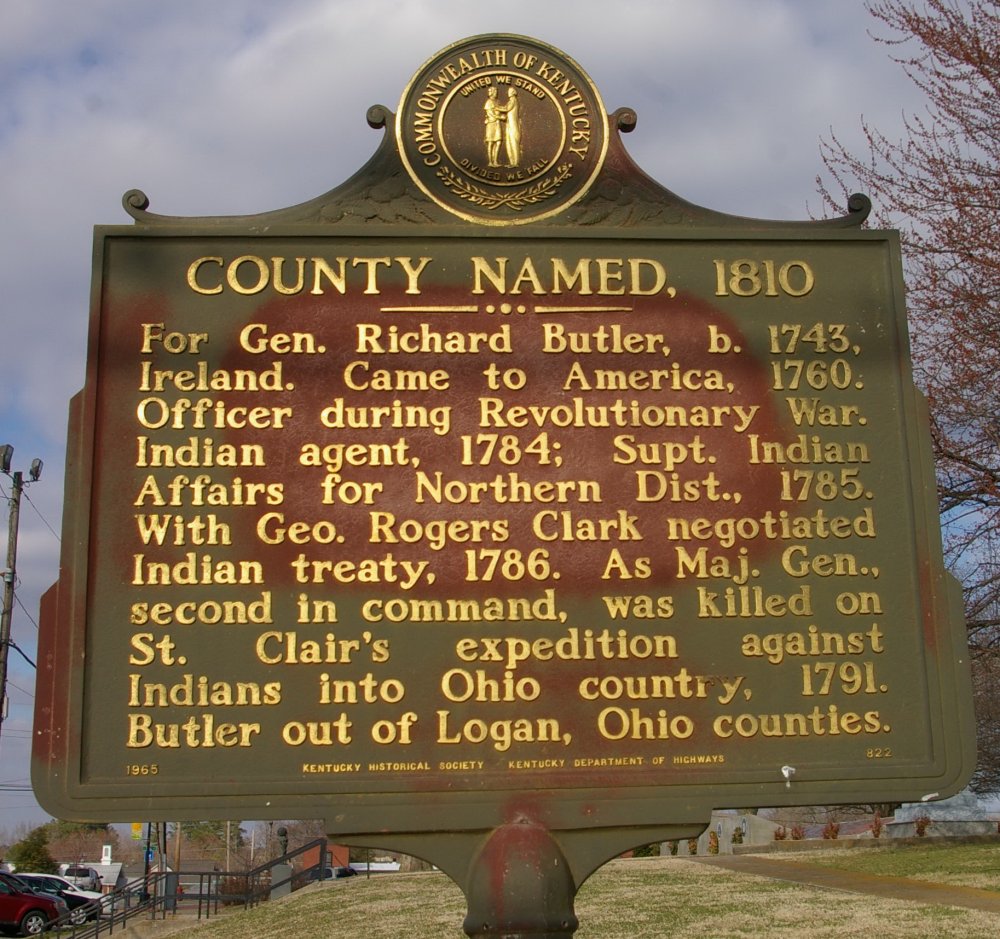