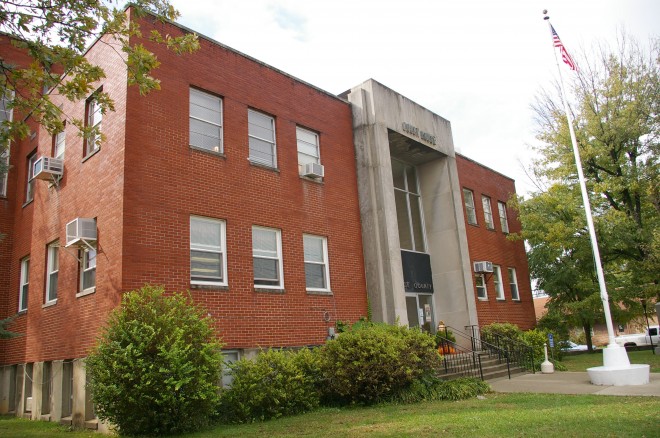 Breckinridge County is named for John Breckinridge, who was a Kentucky statesman and who lived from 1760 to 1806.

Description:  The building faces east and is a two story red colored brick, stone and concrete structure. The building is located on landscaped grounds in the center of Hardinsburg. The east front of the rectangular shaped building has light colored stone rectangular frame around the glass entrance with high windows on the second story, divided from the first story by a wide black colored panel. The roof line is flat.  The former courtroom is located on the second story and is used by the County Fiscal Court. 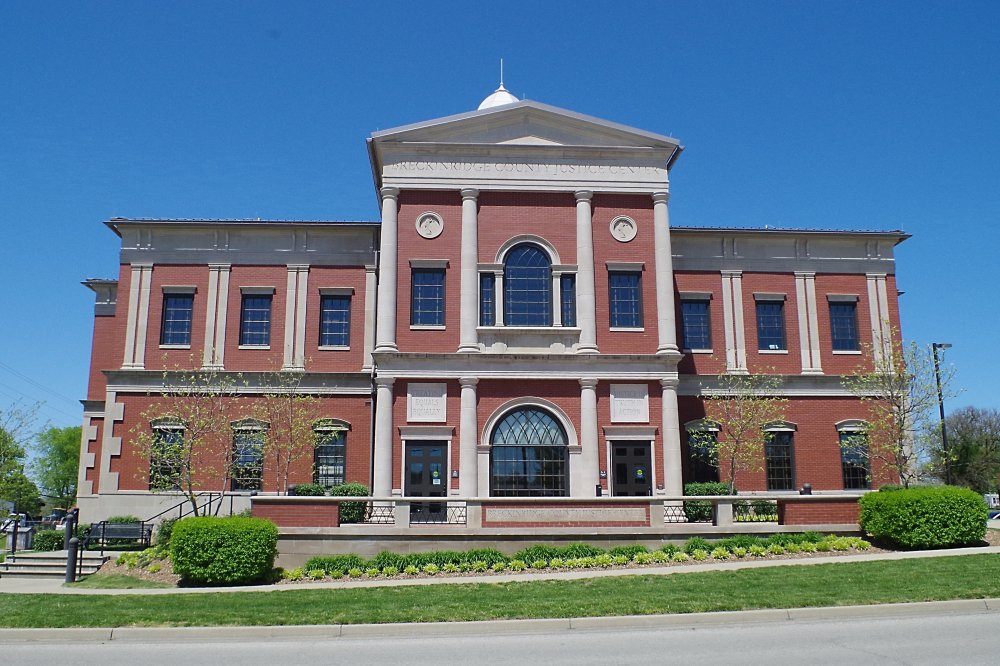 Description:  The building faces south and is a two story red brick and concrete structure. The building is located on landscaped grounds in the center of Hardinsburg to the southwest of the courthouse. The east front has a projecting center section with large arched window with entrances on either side and vertical columns on the first story and arched window on the second story with wide pediment above. A horizontal concrete band runs along the top of the first story and vertical pilasters and columns are on the second story. On the center of the roof is a high white colored cupola. The interior has a high circular atrium under the cupolas. The courtroom is located on the second story. 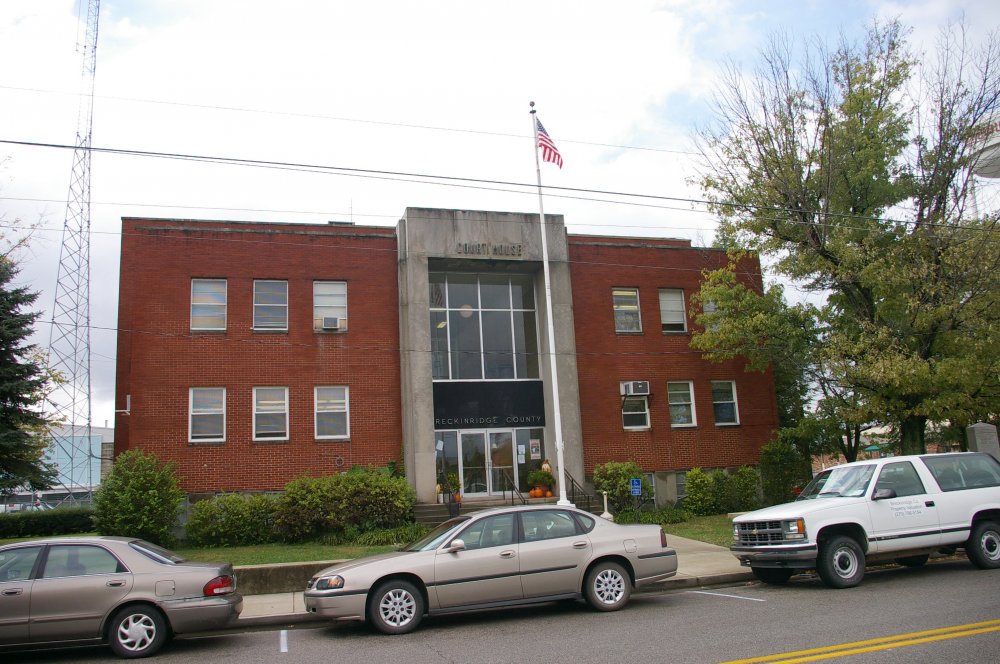 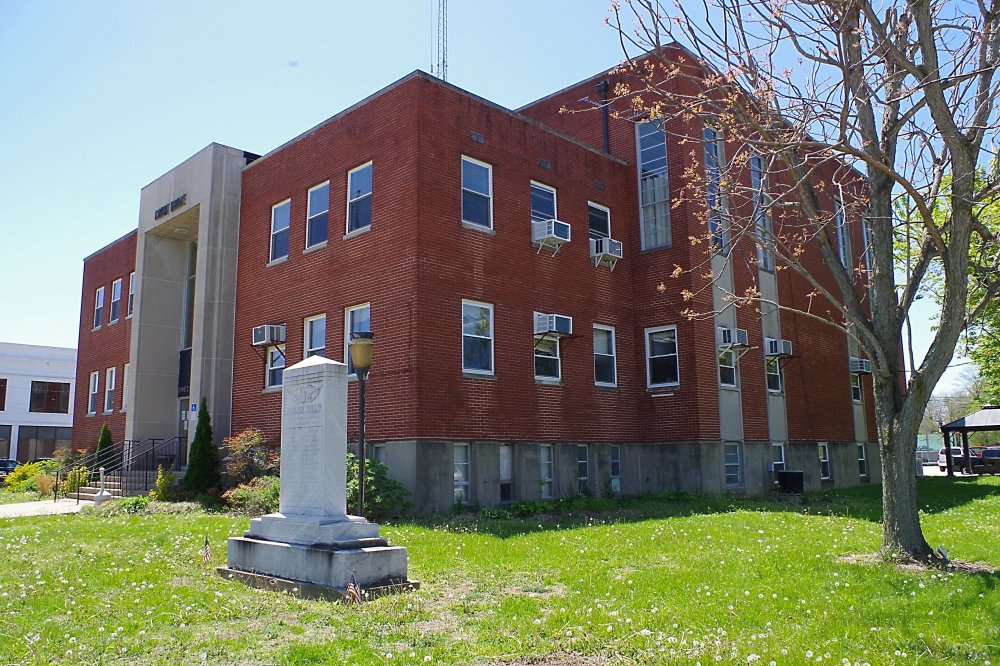 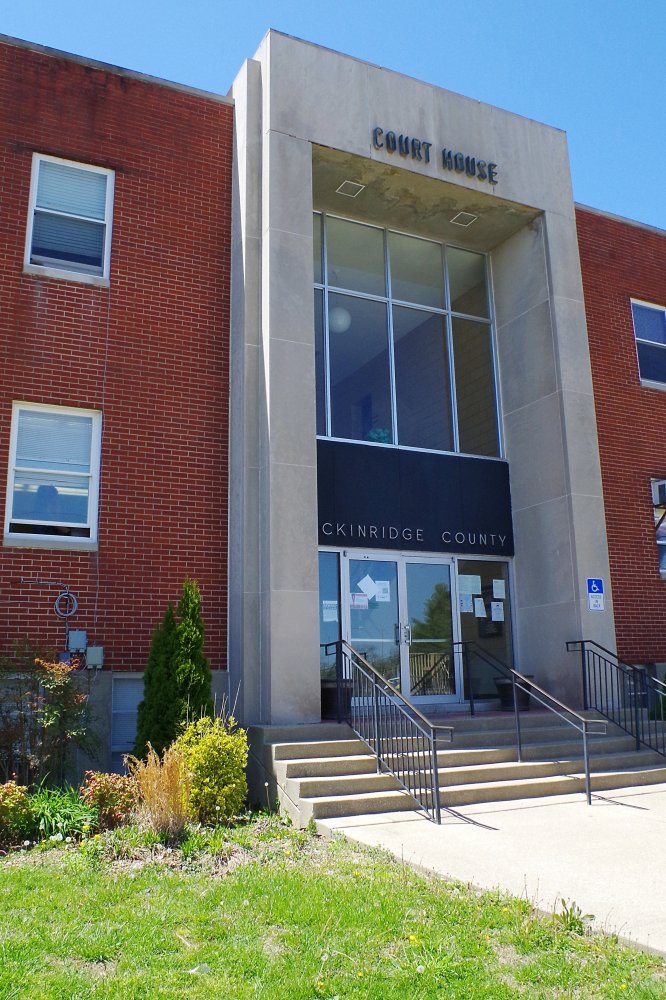 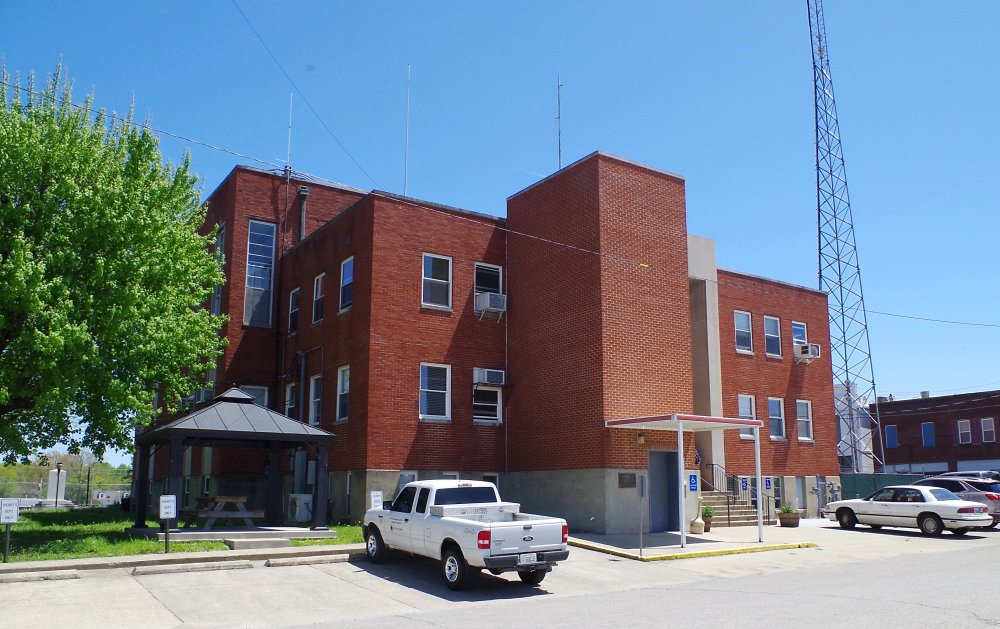 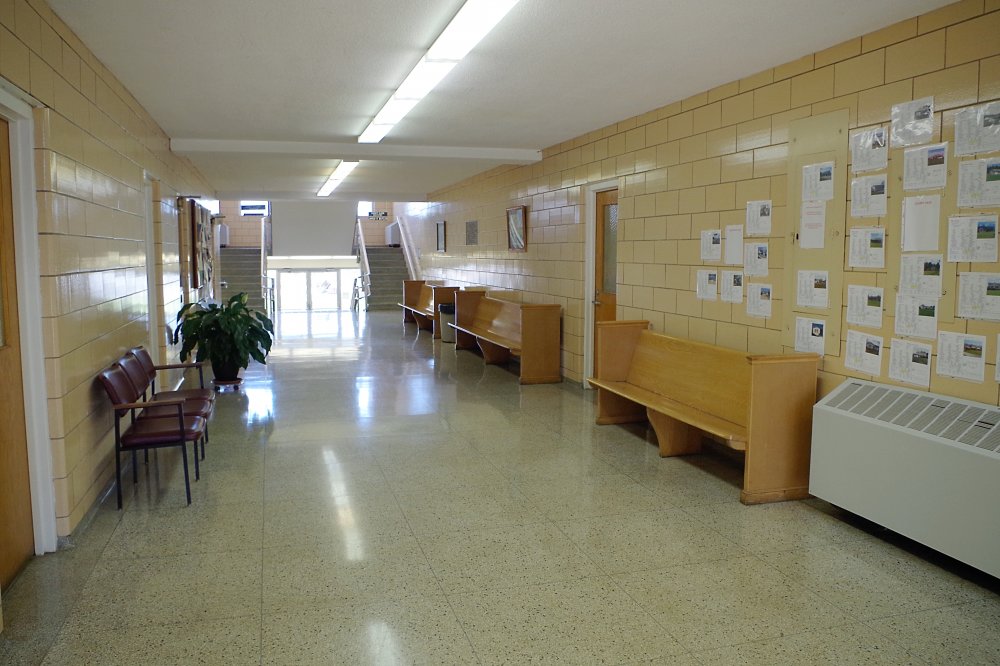 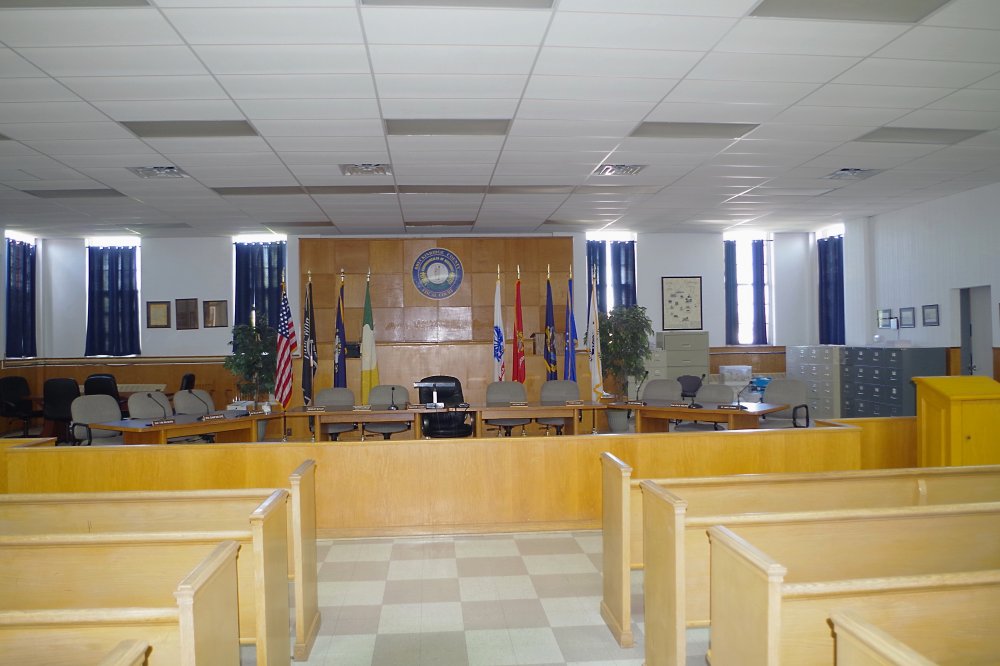 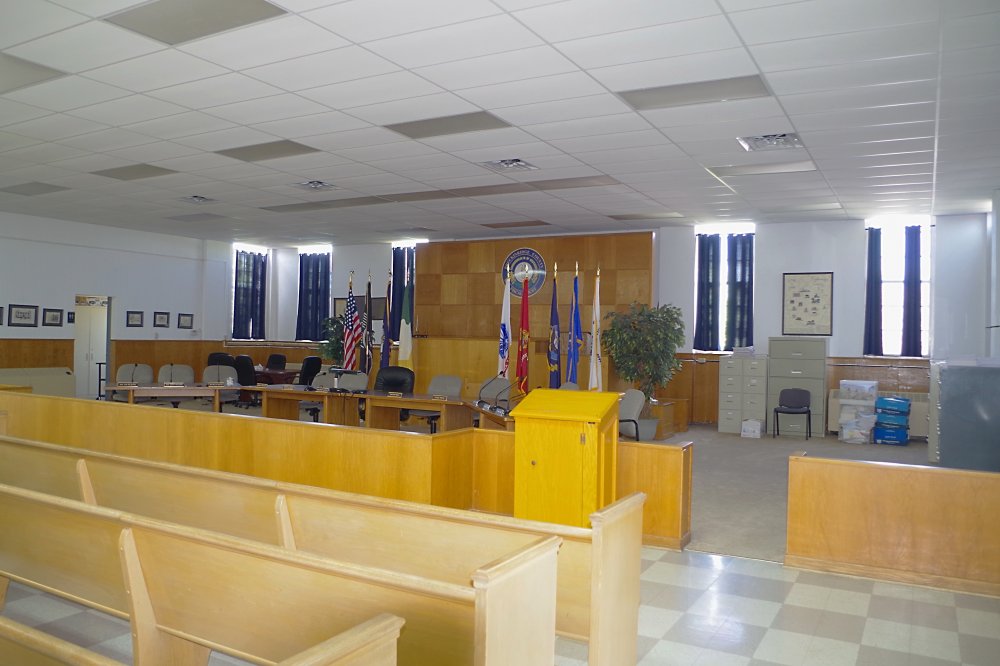 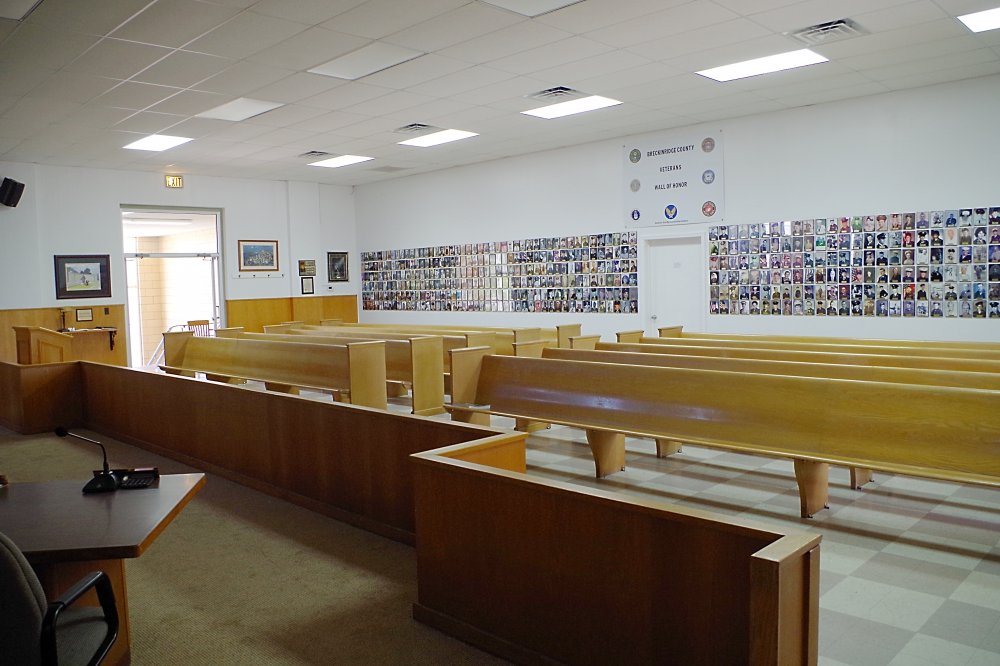