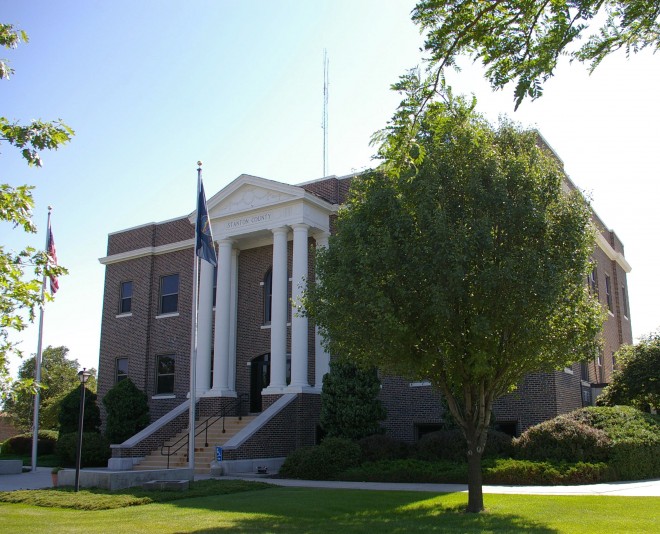 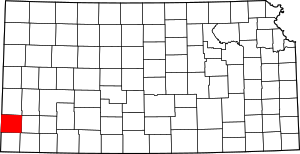 Description: The building faces west and is a two story red colored brick and concrete structure. The building is located on landscaped grounds in the center of Johnson City. The west front has four large white colored columns supporting a white colored portico over the entrance which has a wide staircase. The roof line is flat. In the interior, the courtroom is located on the east side of the second story. The building houses the County District Court of the 26th Judicial District.

History:  The county was created in 1873 and Johnson City was selected as the county seat in 1887 when the county was organized. The first courthouse was a two story frame structure erected in 1887 and located on East Grant Avenue two blocks east of Main Street. The second and present courthouse was constructed in 1925 to 1926. 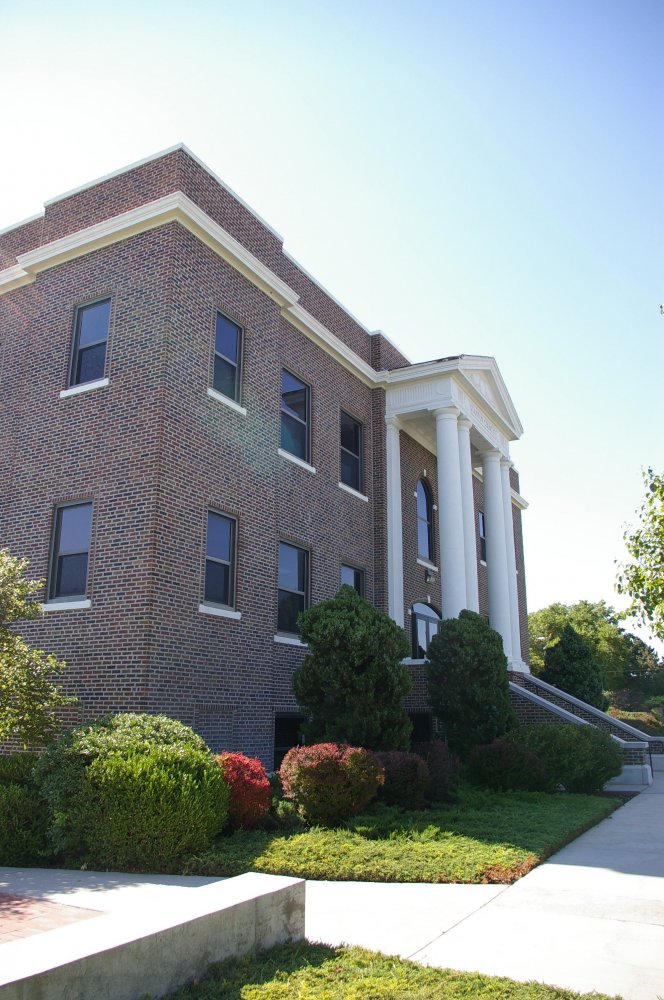 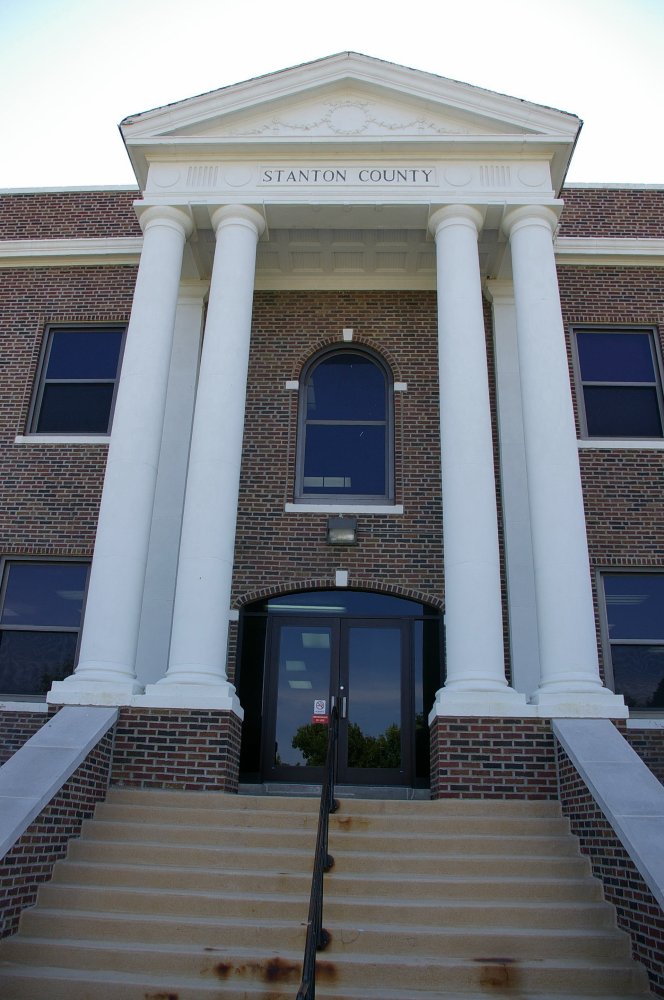 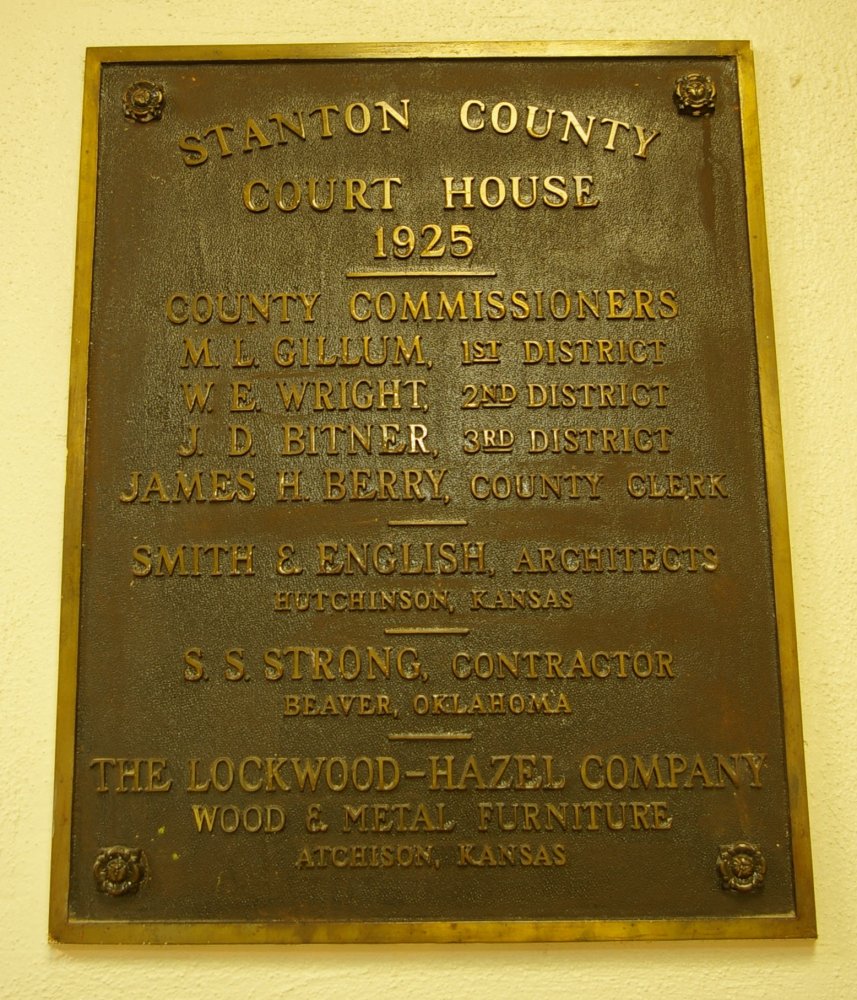