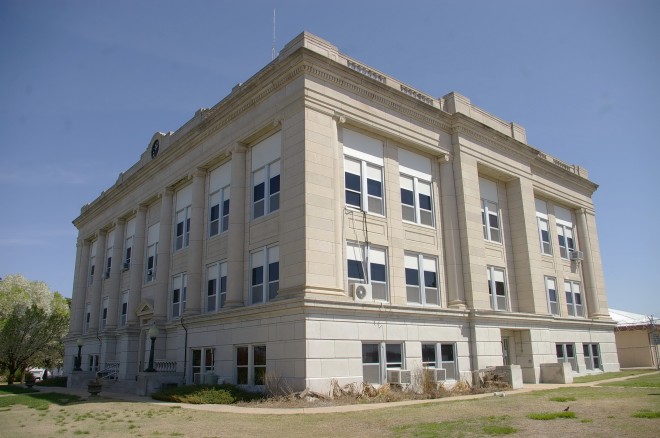 Smith County is named for J Nelson Smith, who was part of the 2nd Colorado Cavalry and who was killed at the Battle of Little Blue during the American Civil War. 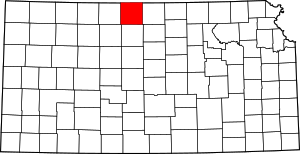 Description: The building faces west and is a two story square shaped limestone and concrete structure. The building is located on spacious landscaped grounds in the center of Smith Center. The building has a raised basement with horizontal bands of limestone and with recessed entrances on three sides. The west front entrance has a small pediment above and has columns rising from the first story to the second story. The cornice protrudes from the building and there is a balustrade along the roof with clock at the center section of the west side. The roof line is flat. In the interior, the County District Court courtroom is located in the center of the east side on the second story. The building houses the County District Court of the 17th Judicial District.

History:  The county was created in 1867 and Smith Center was selected as the county seat in 1872, when the county was organized. The first courthouse in 1873 was the rented building on the northeast corner of Main Street and East Kansas Avenue owned by Colonel C F Campbell. The second courthouse was a two story building built by James Boddy and John Crandall in 1887 at a cost of $5,000. The third and present courthouse was constructed in 1918 to 1920.