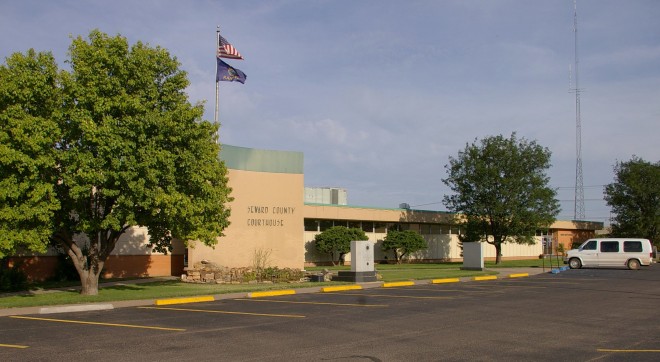 Seward County is named for William H Seward ( 1801-1872 ), senator from New York and leader of the anti-slavery wing of the Whig Party, and who served as Secretary of State arranging the purchase of Alaska. 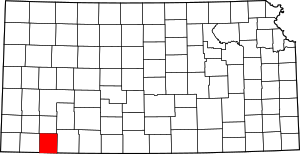 Architect:  W I Fisher and Company

Description:  The building faces west and is a one story buff colored brick, glass and concrete structure. The building is located on landscaped grounds in the center of Liberal. The building has an extended roof over the edge of the existing building. On the west front is a large wall with pond. The horizontal windows run below the roof line. The roof line is flat. The building houses the County District Court of the 26th Judicial District. 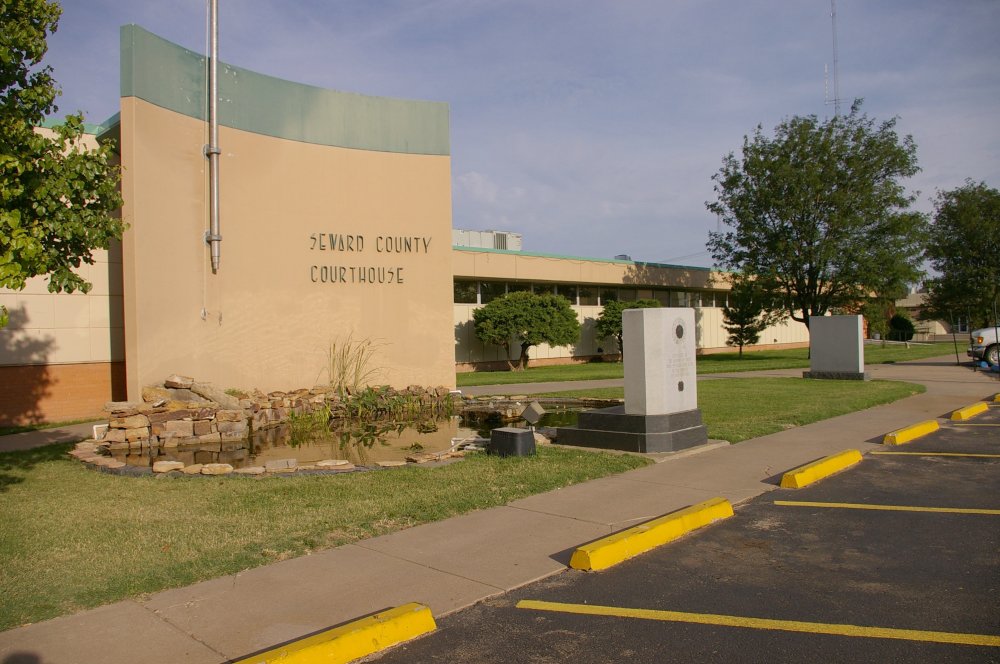 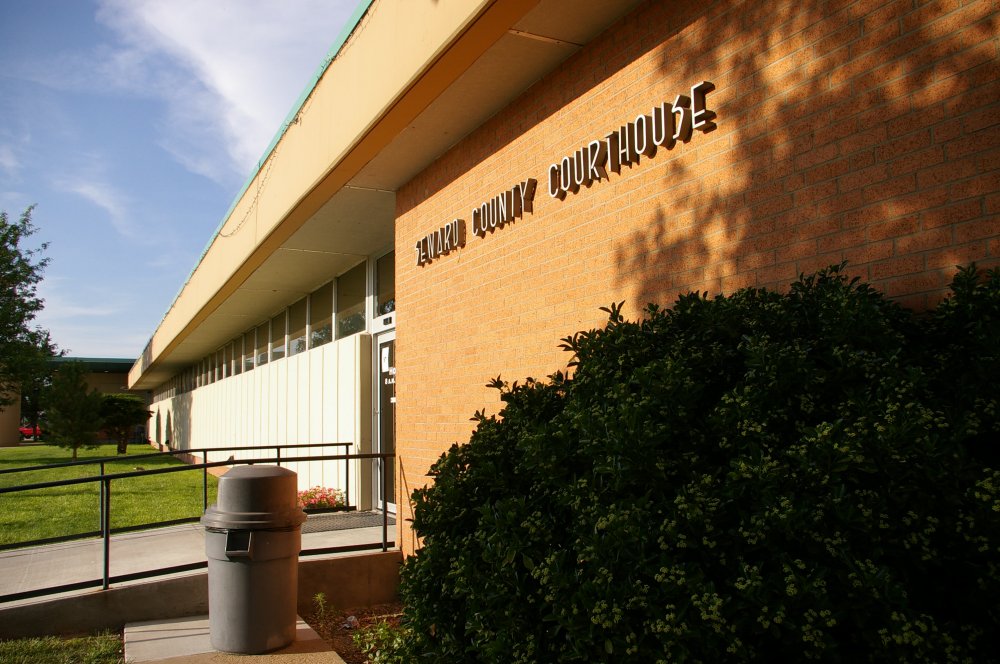 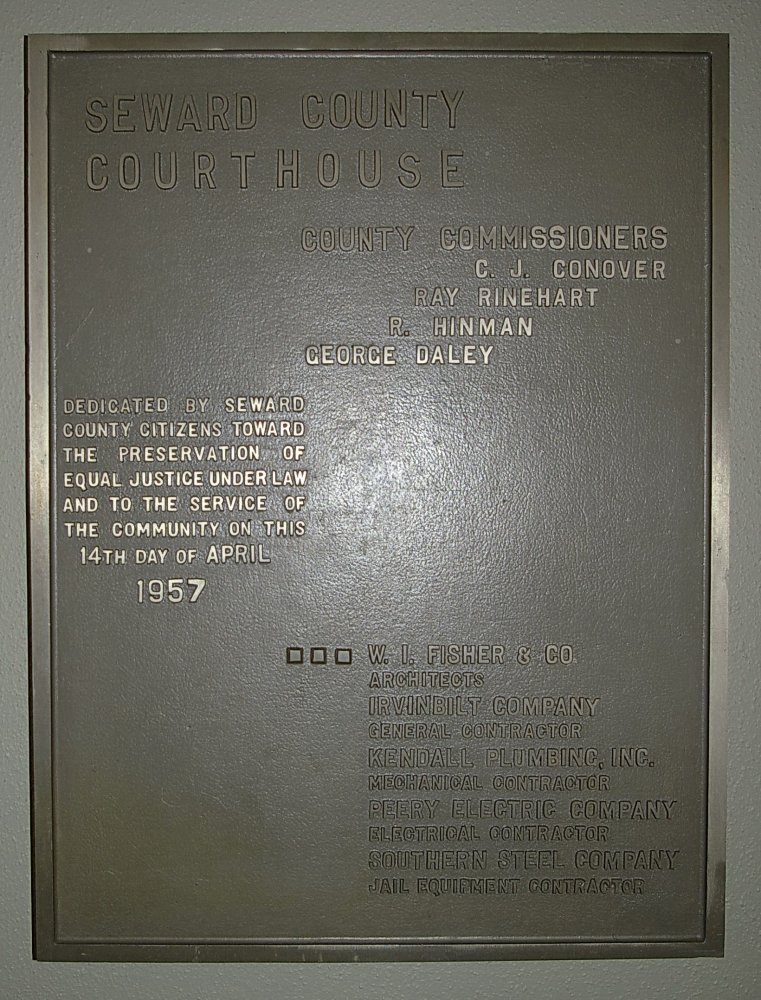