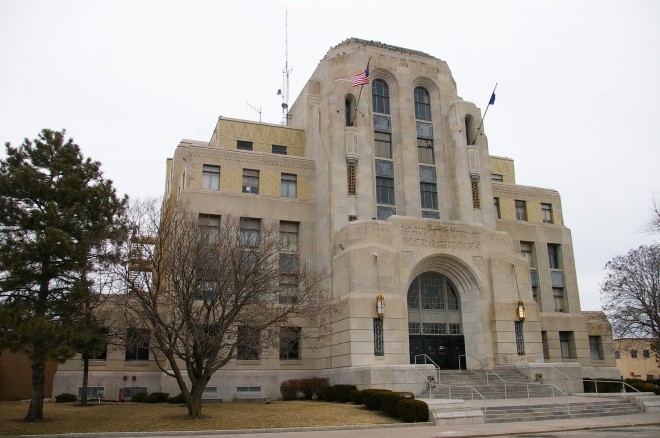 Reno County is named for Jesse L Reno, who was the Commander of the Union 9th Army Corps and who was killed at the Battle of South Mountain on September 14, 1862.

Description: The building faces west and is a six story buff brick, Carthage limestone, Bedford limestone and concrete structure. The building is located on landscaped grounds in the center of Hutchinson. The south front has a projecting center section of the first story with large arch at the recessed entrance. Behind rises a high central section with vertical windows framed with stone. The east and west wings are tiered on each story. In the interior are marble baseboards and paneling, burled walnut wainscoting and decorative light fixtures. At the entrance is a lobby with the elevators and beyond is the large hall. Mezzanines on the north and south sides overlook the hall. A rusticated marble fireplace stands in the south wall of the third story. On the third story is a large central corridor and the County District Court courtrooms. The eastern courtroom is the original courtroom and the western courtroom was completed later. The eastern courtroom has unfinished mahogany beams painted mustard and gold colors with carved floral and vegetal motifs. The building houses the County District Court of the 27th Judicial District. On the west side is a one story buff colored brick addition housing the City County Law Enforcement Center constructed in 1971. The architect was Miller, Witt, Dronger, Abbott and Walker and the contractor was L R Foy Construction Company of Hutchinson. 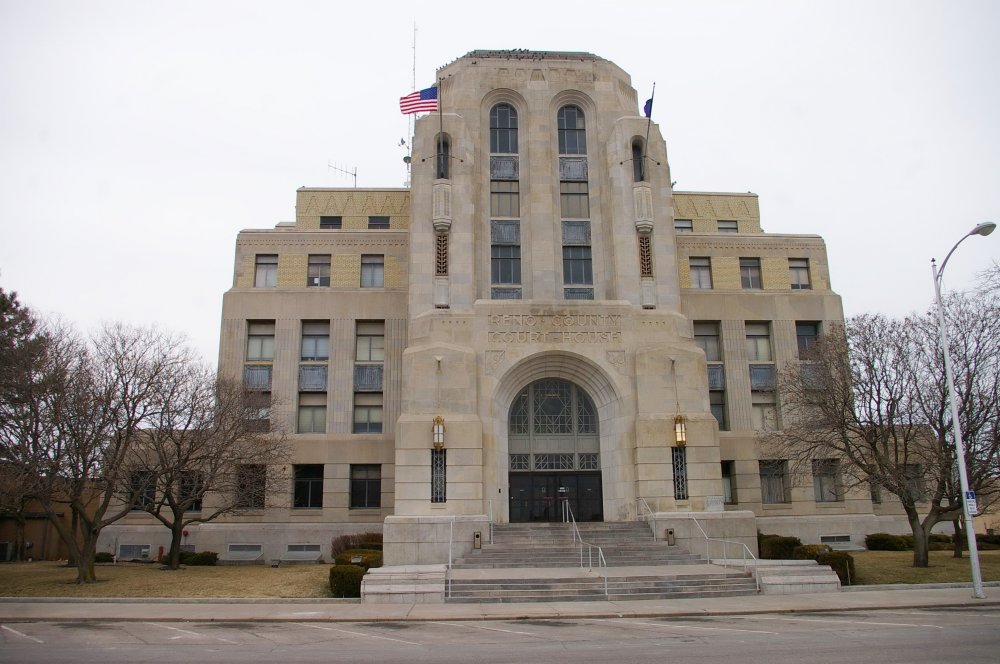 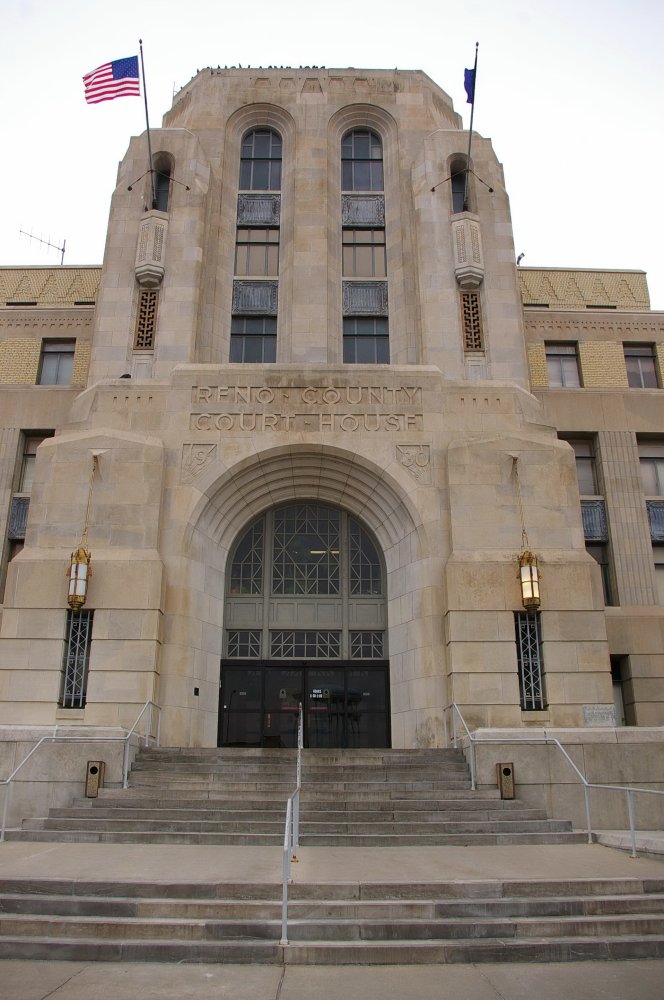 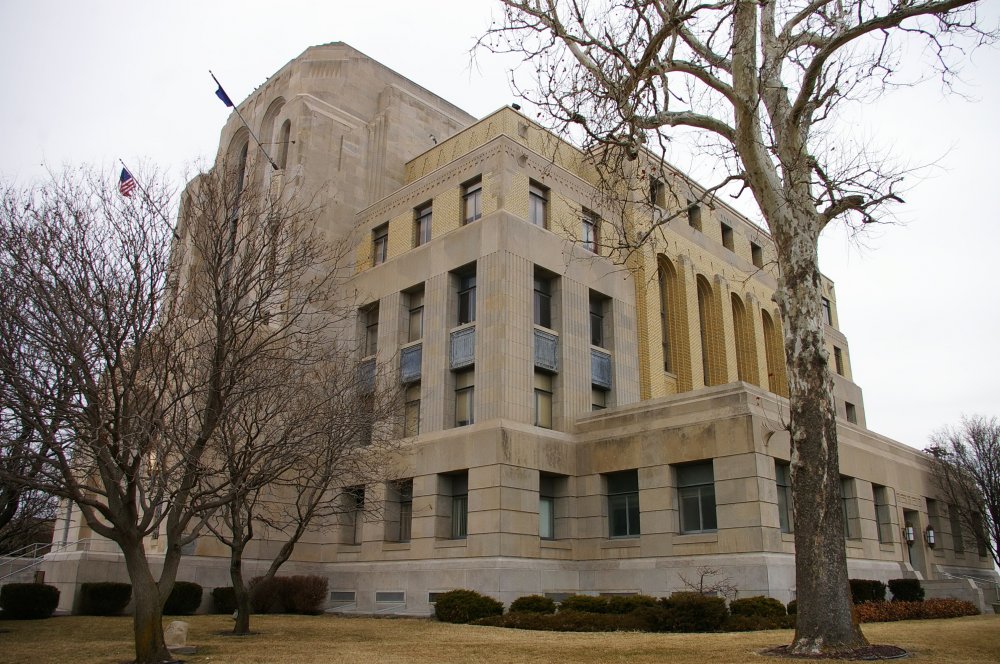 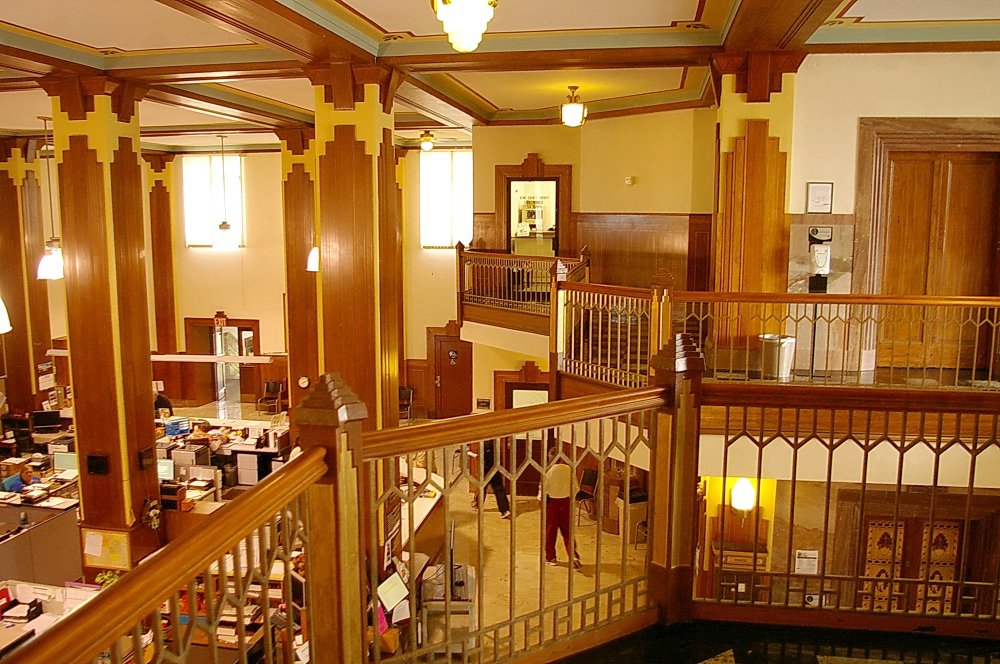 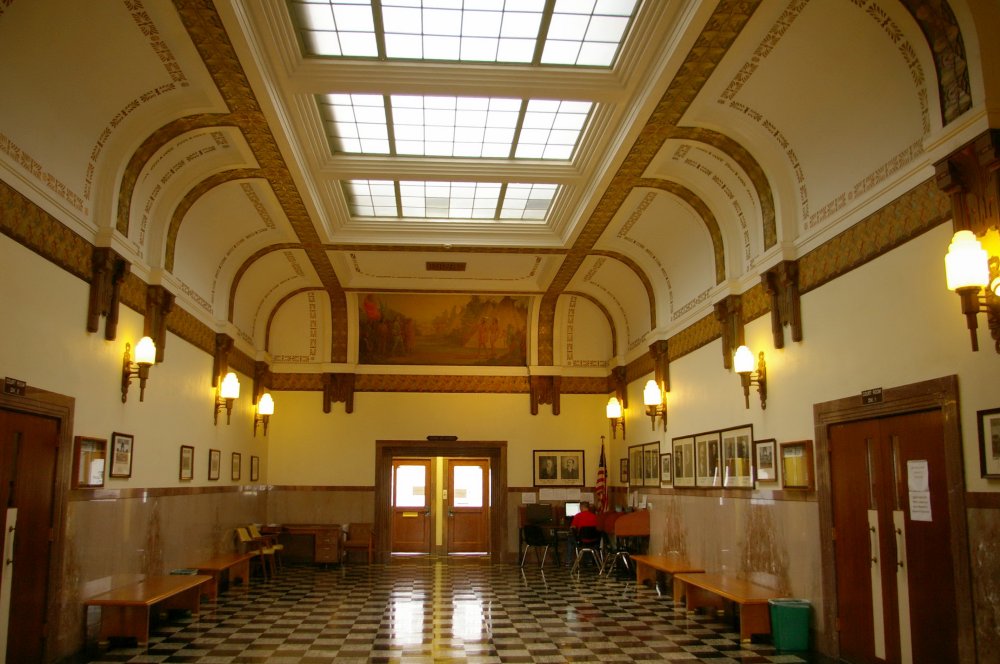 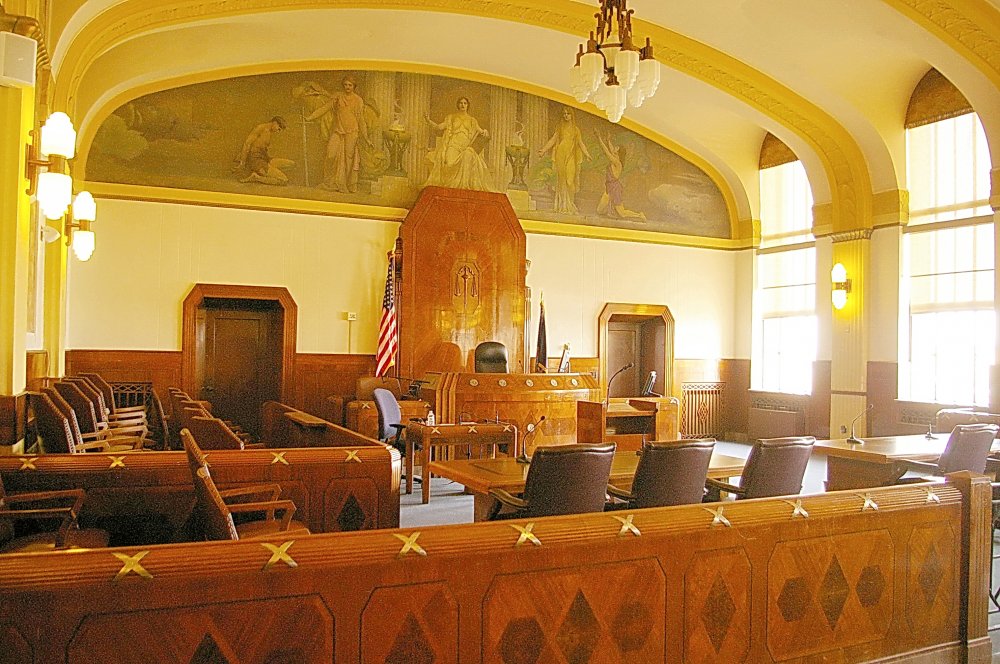 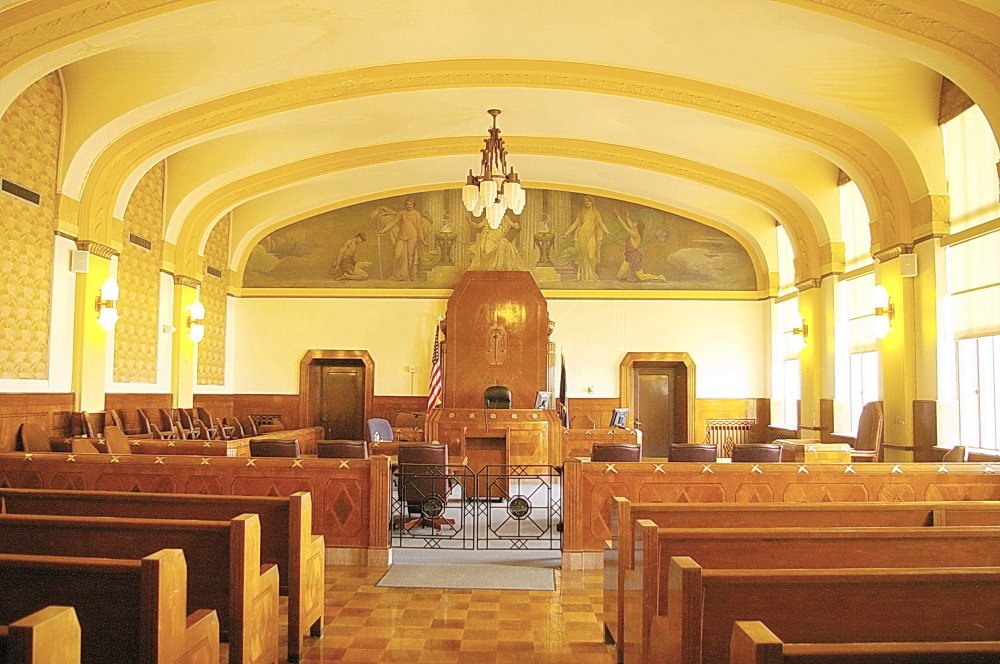 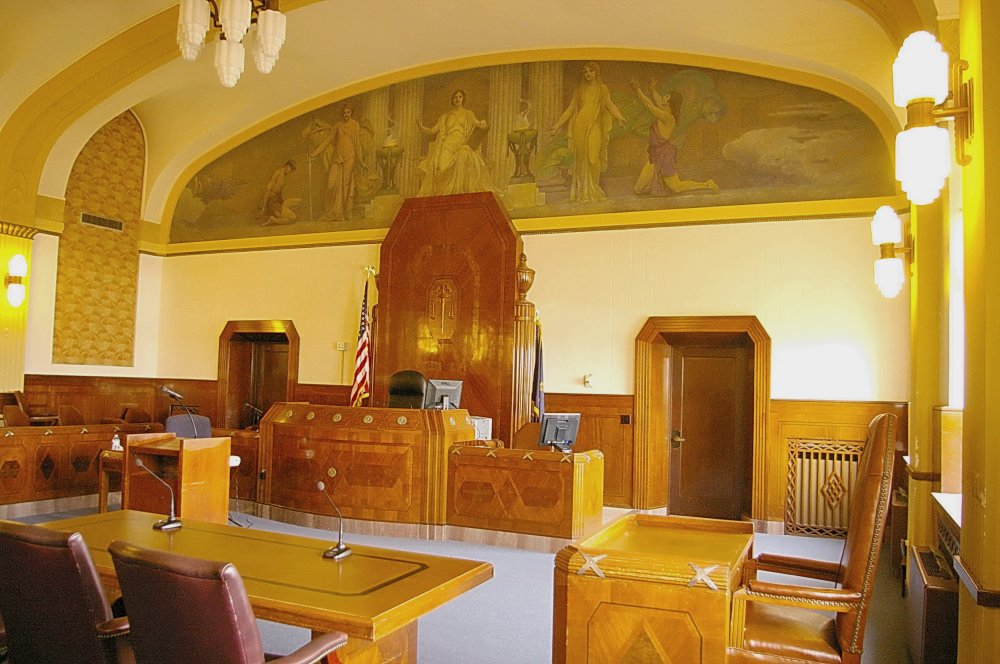 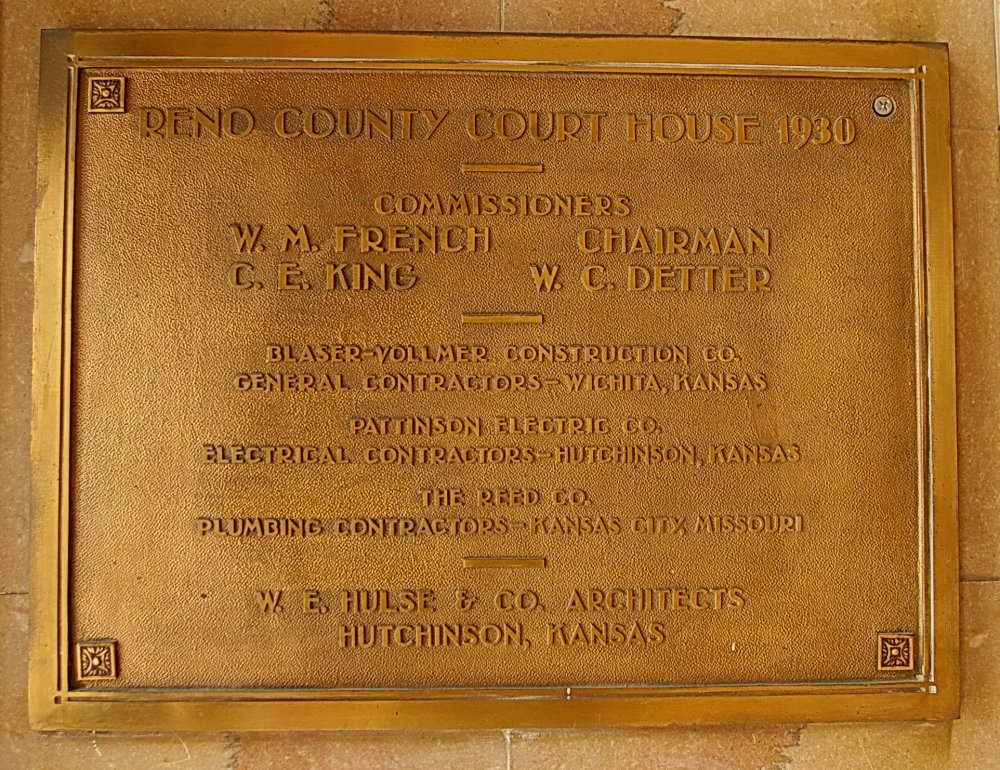 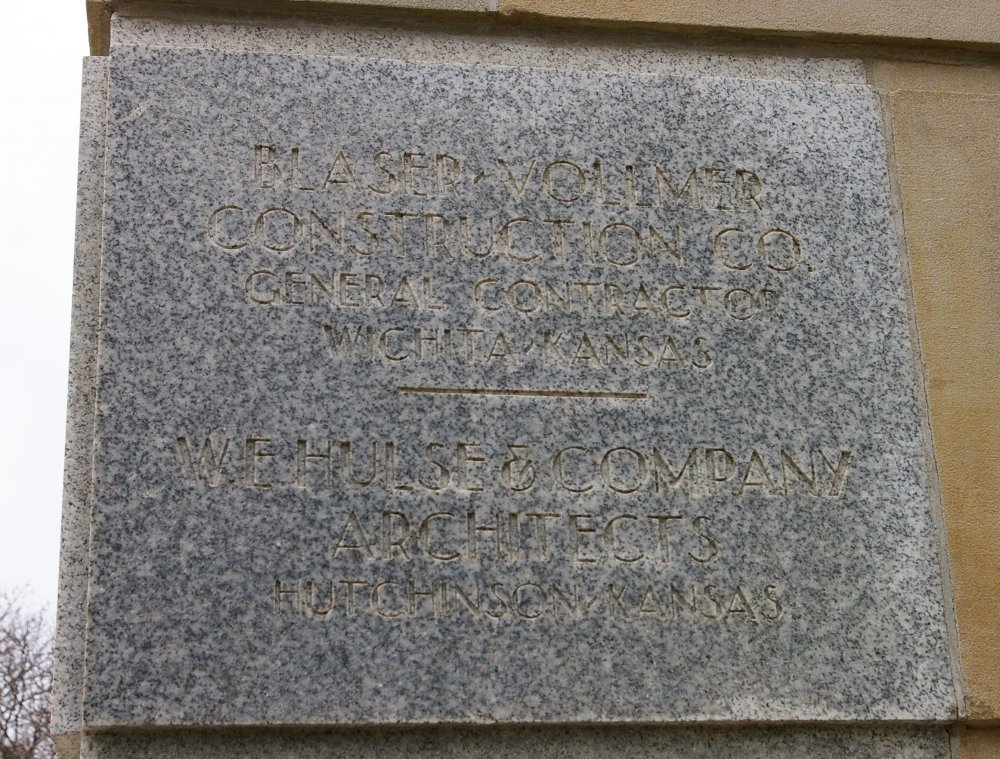 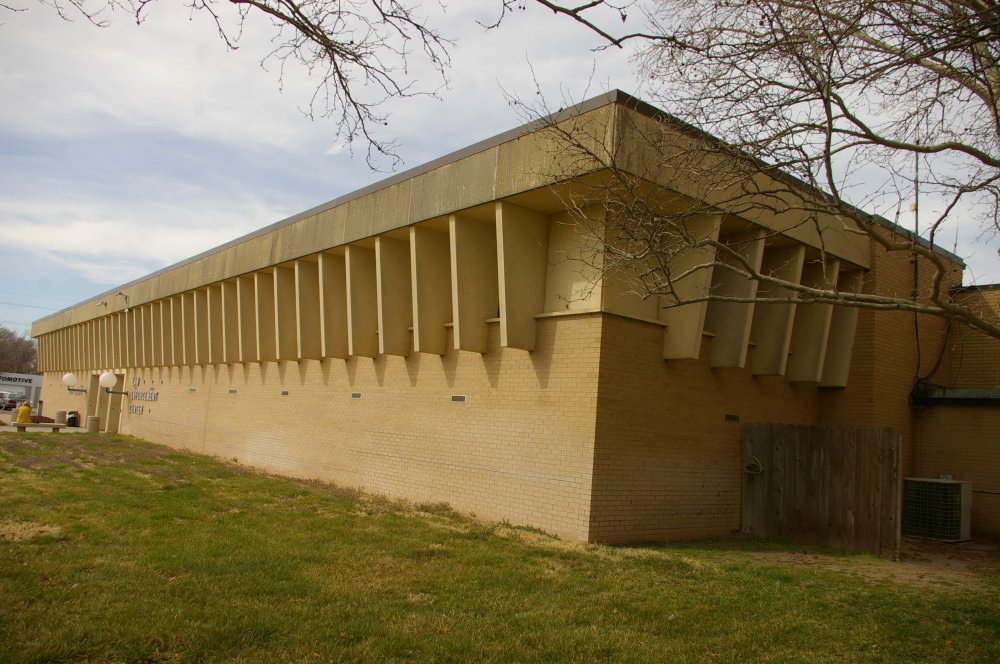 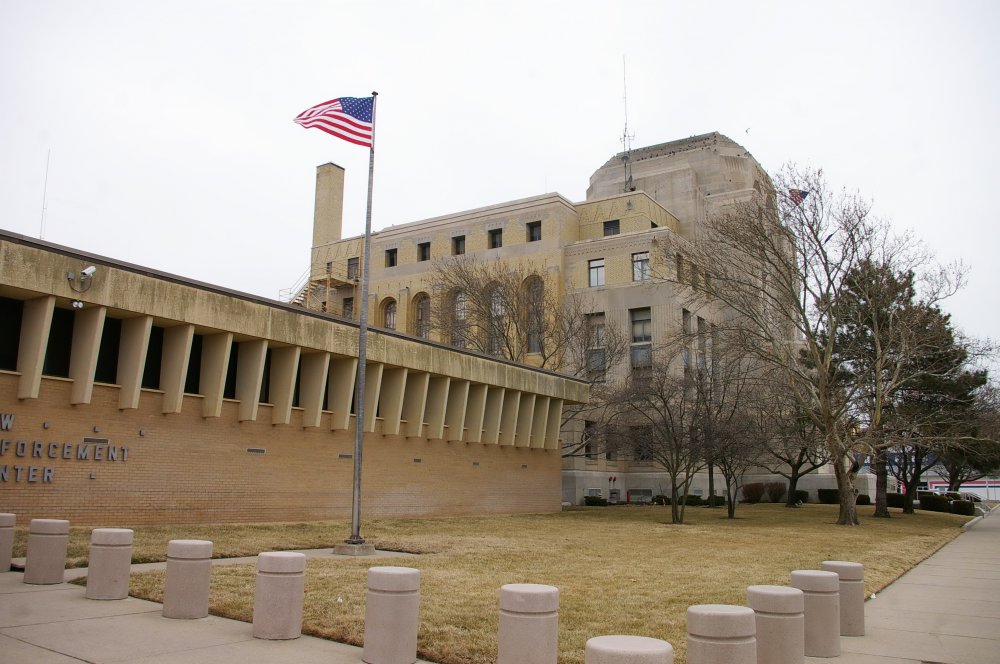 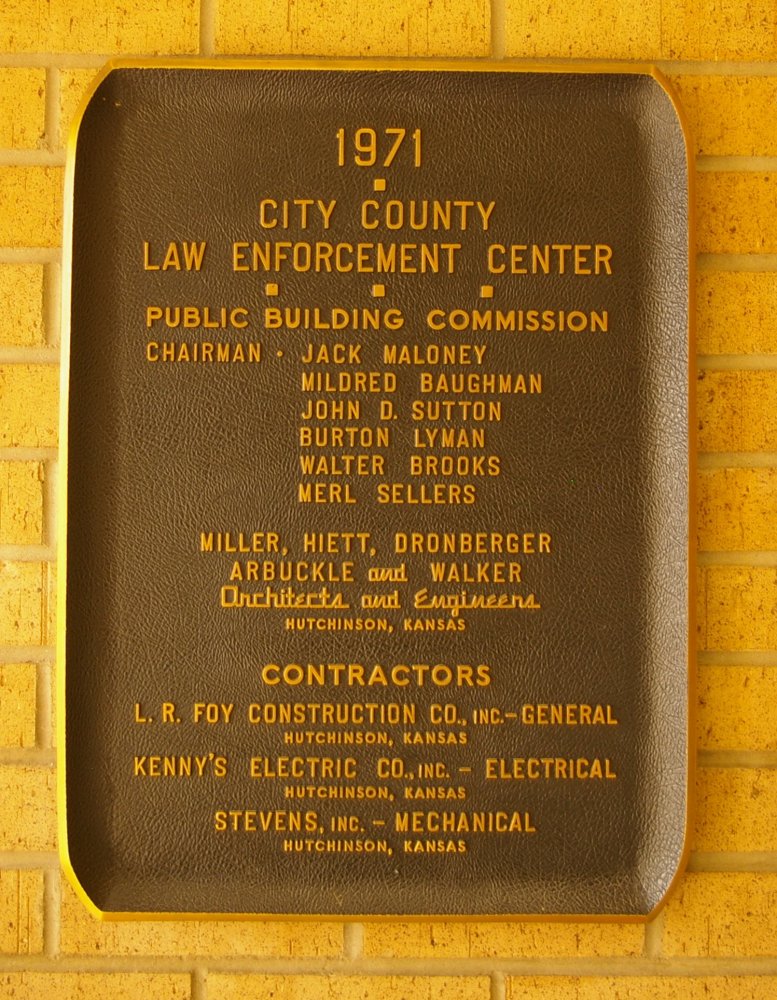