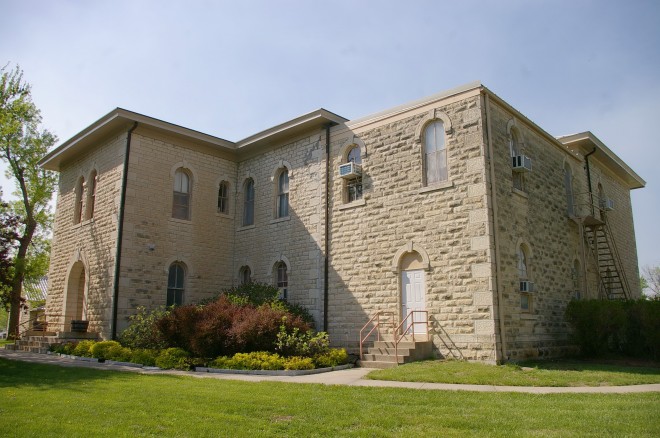 Description:  The building faces south and is a two story buff colored stone and wood structure. The building is located on spacious landscaped grounds of the Courthouse Square in the center of Westmoreland. The building is constructed with limestone and the foundation is rubble stone. The center section extends south with an arched entrance and recessed door. The windows are arched. The roof framing consists of heavy timbered trusses and the roof line is hipped. In the interior, the courtroom located on the second story clearly conveys its original design and function with the original wood railing in place that separates the gallery from the bar. Built by a local carpenter, the historic courtroom furnishings are extant including the judge’s dais, witness box, jury box, and stenographer desk as well as wood pews in the gallery. The original ornate pressed-metal ceiling is extant. Plaster walls are lined with beadboard wainscoting and wood trim and the hardwood oak floor is exposed the courtroom gallery.  The building houses the County District Court of the 2nd Judicial District. On the west wall, the vault dating to the 1929 addition remains in place. The floors are covered by carpet and tile. Addition built on the east side in 1897, on the south side in 1928, on the west side in 1929 and on the southeasr side in 1976. On the west side of the building is the Old County Jail built in 1885.

Description:  The building faces east and a two story buff colored stone and concrete structure. The building is located on spacious landscaped grounds in the center of Westmoreland on the north side of the courthouse.  The building houses the County District Court of the 2nd Judicial District. 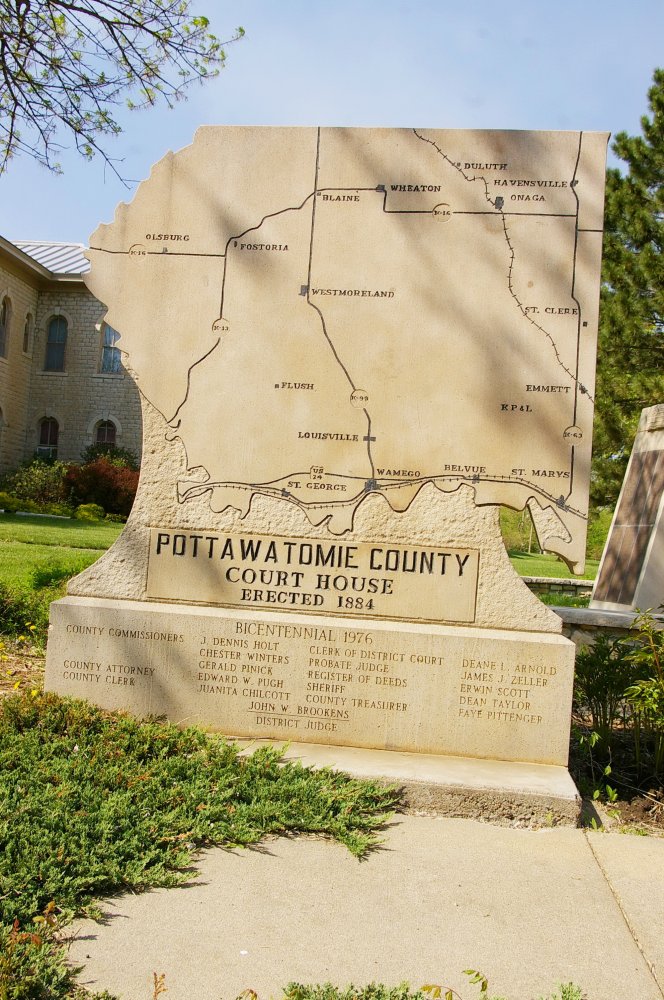 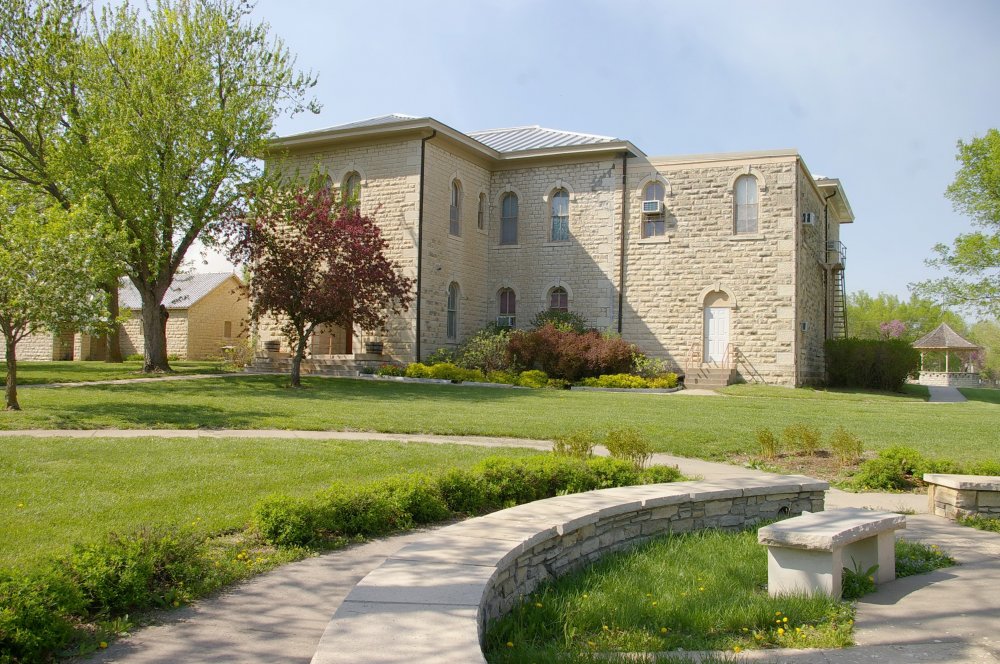 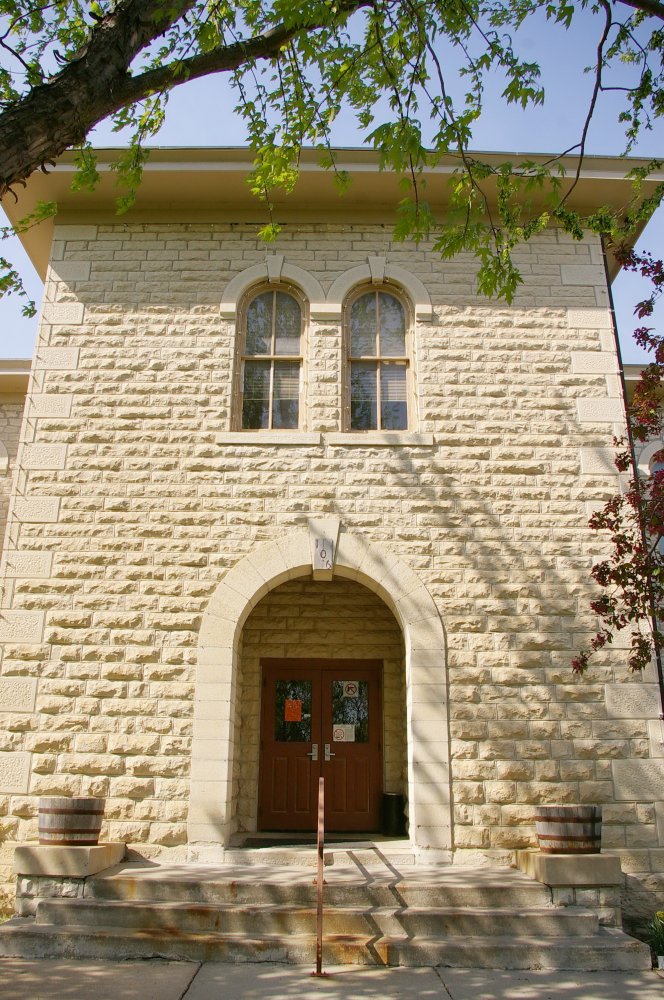 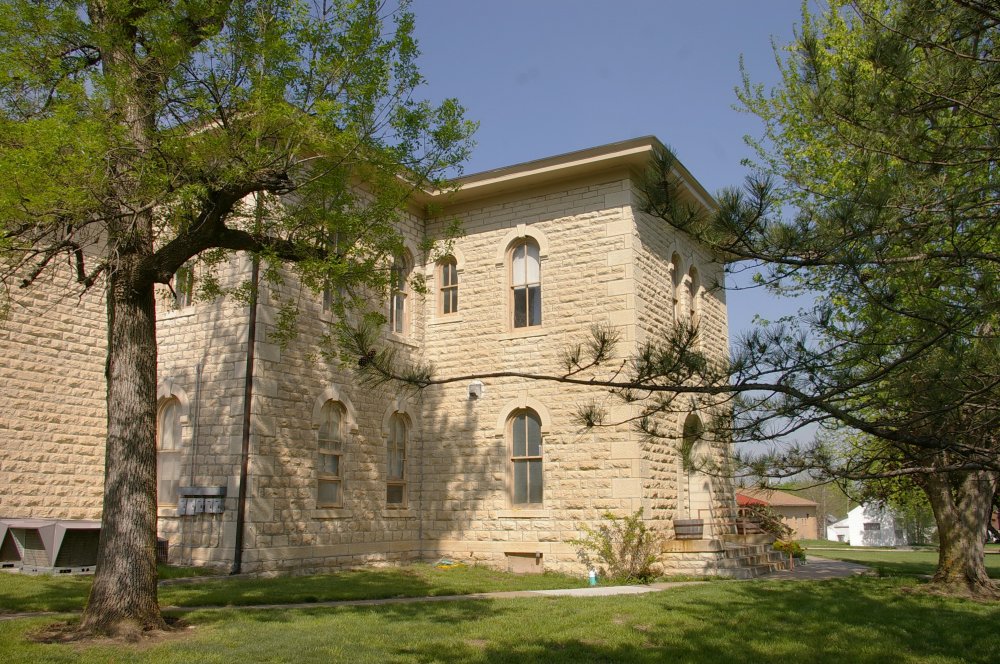 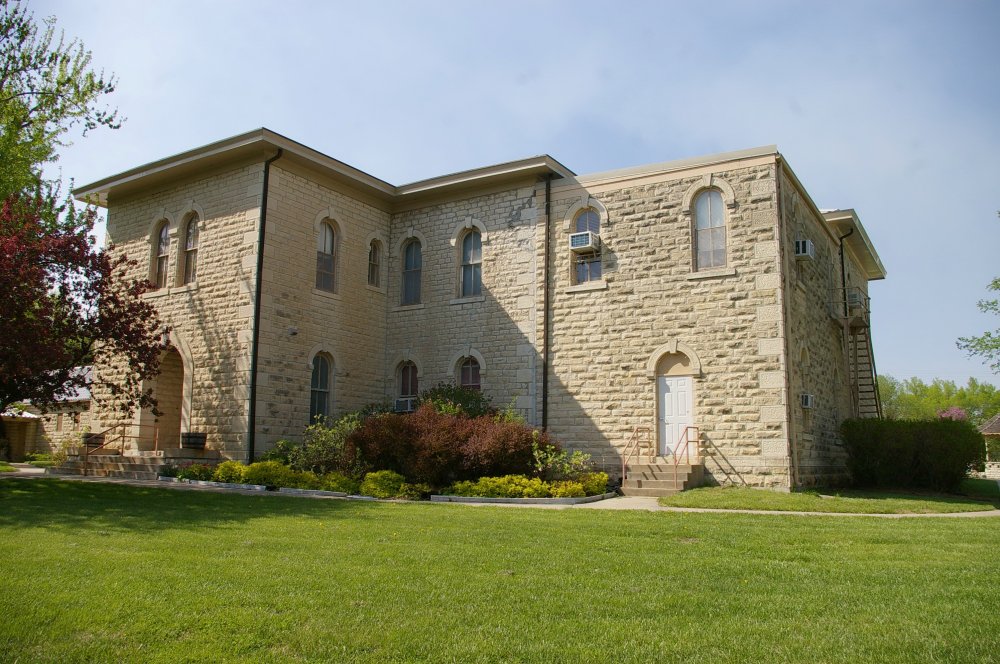 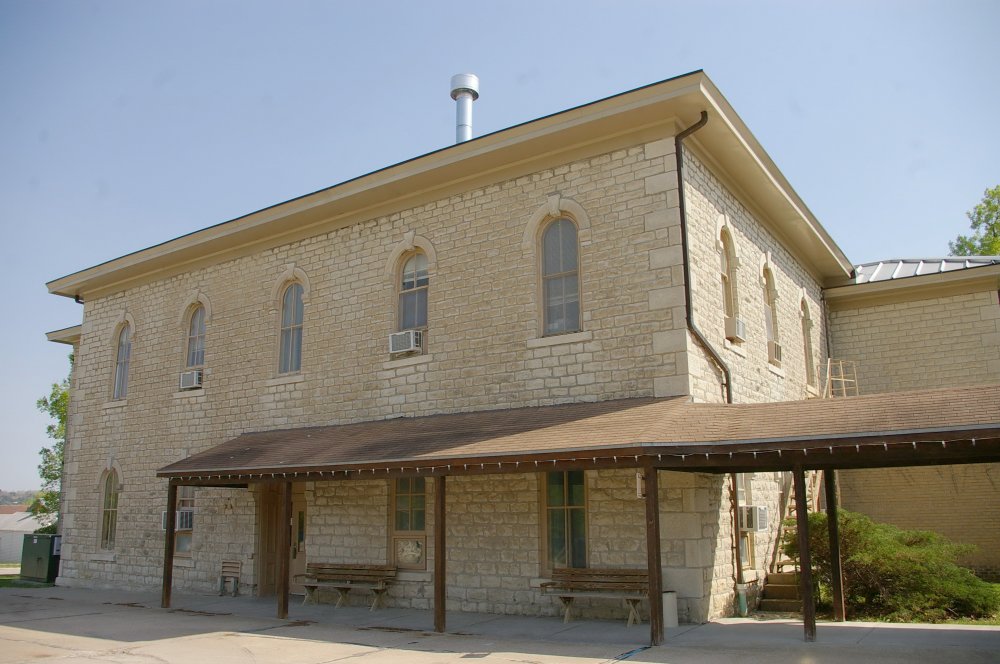 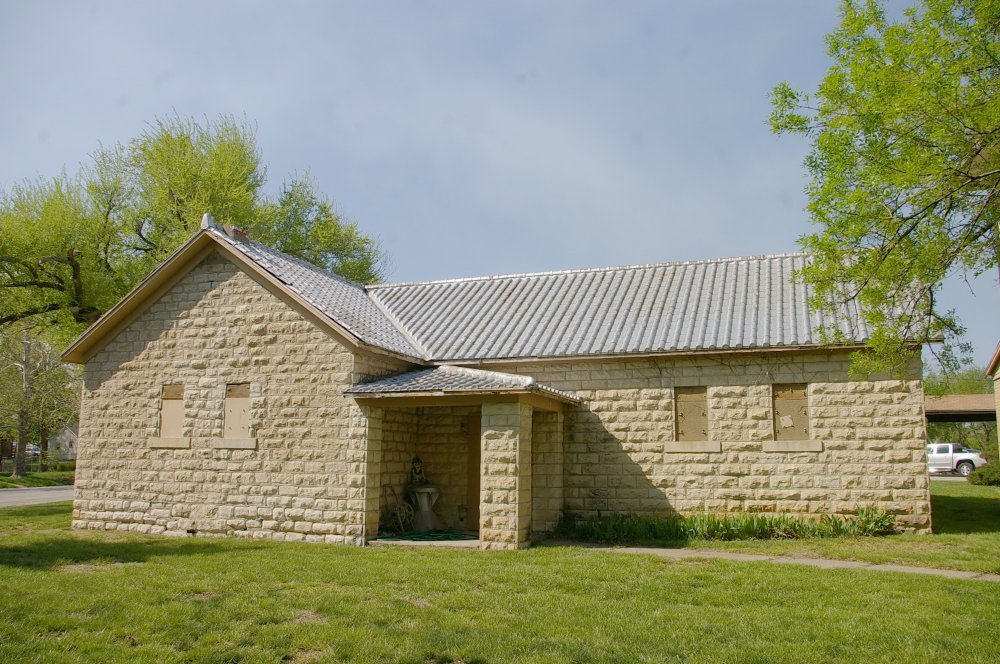