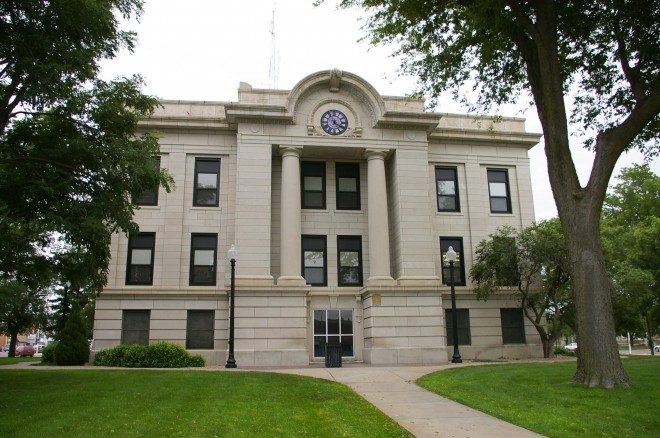 Phillips County is named for William Phillips, who was a free-state martyr, murdered September 1, 1856, in Leavenworth. 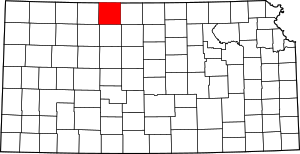 Description: The building faces north and is a three story white colored stone  and concrete structure. The building is located on landscaped grounds of the Courthouse Square in the center of Phillipsburg. On each of the four sides of the building are projecting center sections with two large columns rising from the second to third story, a clock and curved hood at the roof line. The main entrance is on the north side. The first story has horizontal white colored stone. A cornice runs along the flat roof line. In the interior there is a skylight on ththird story. The County Distric Court courtroom is located on the south side of the third story. The building houses the County District Court of the 17th Judicial District. 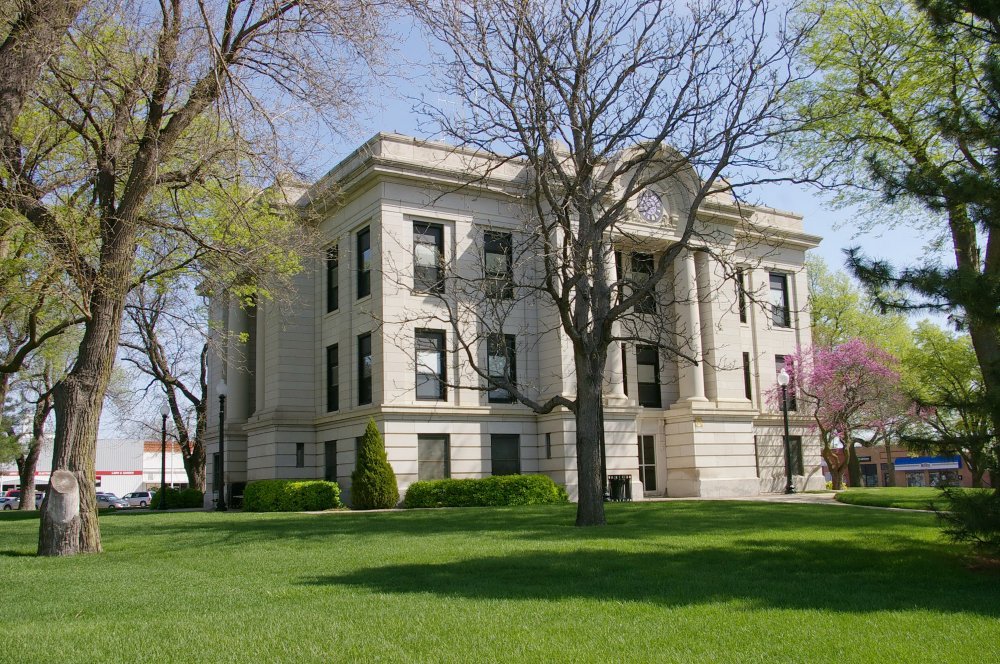 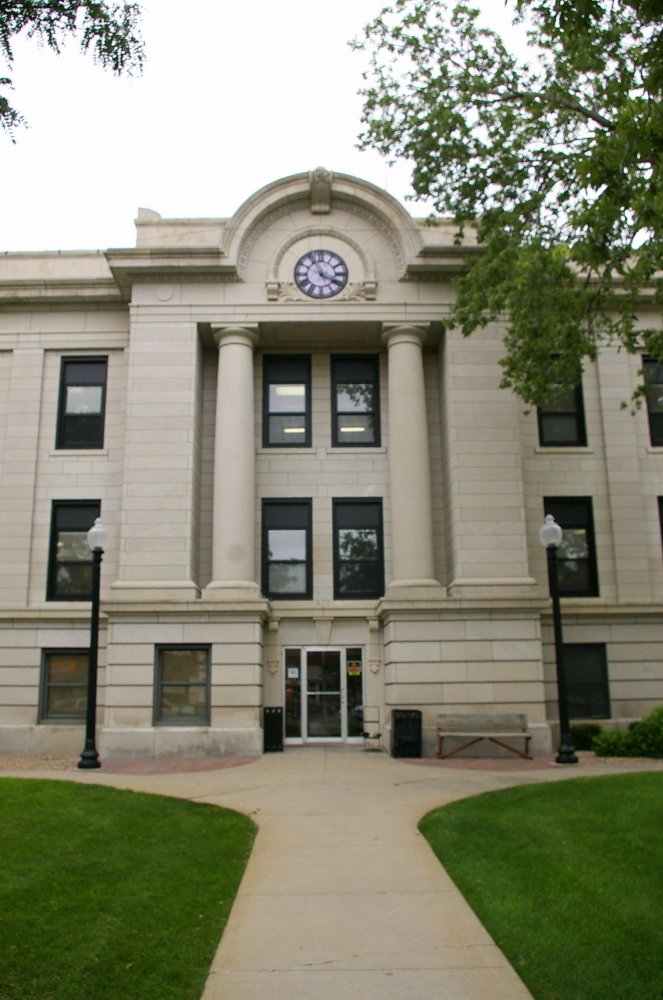 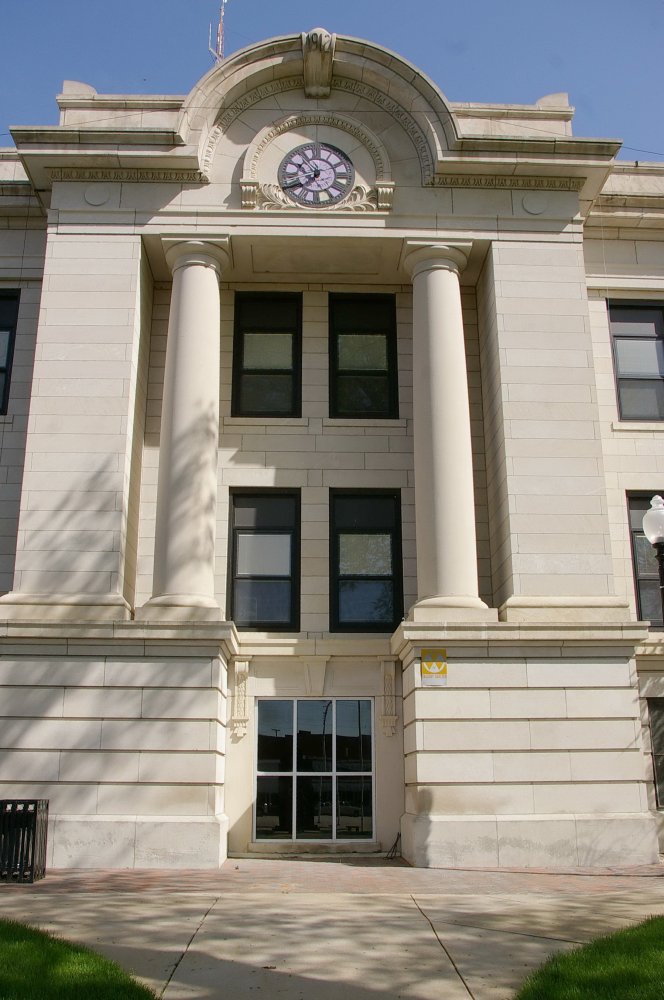 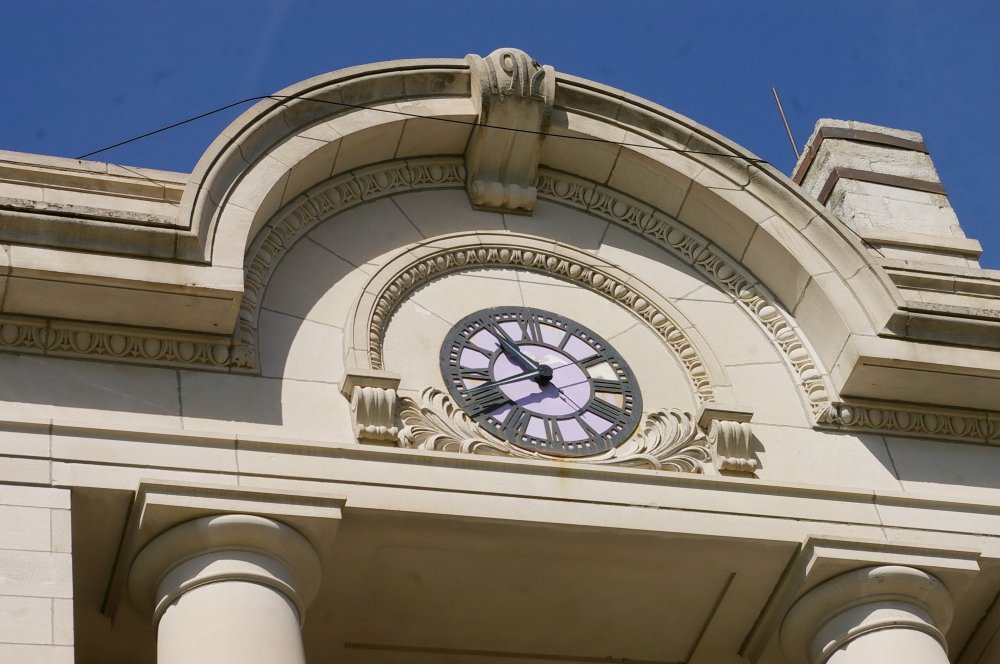 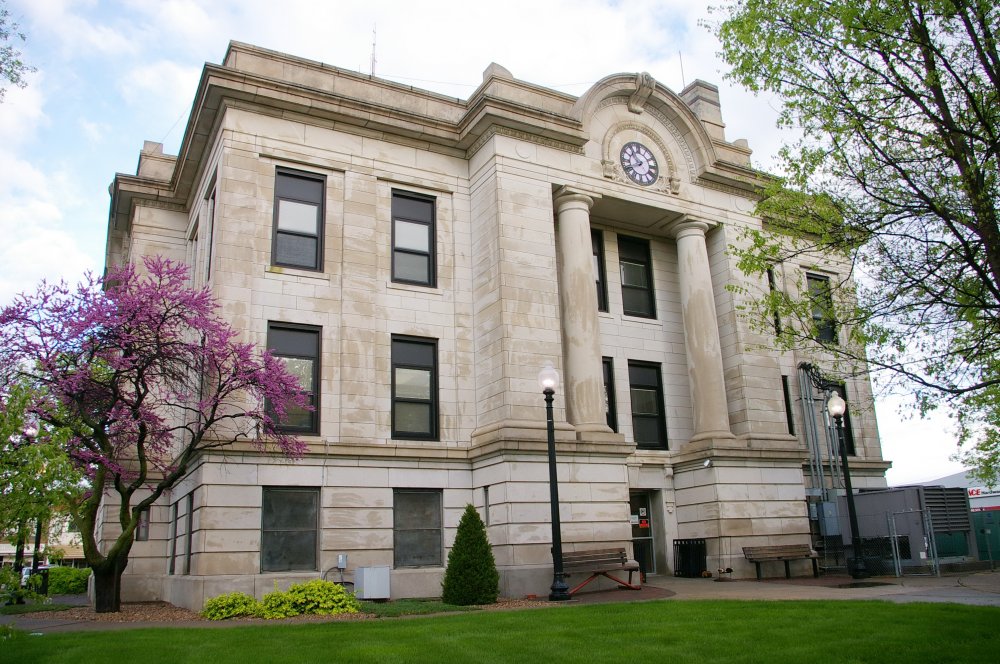 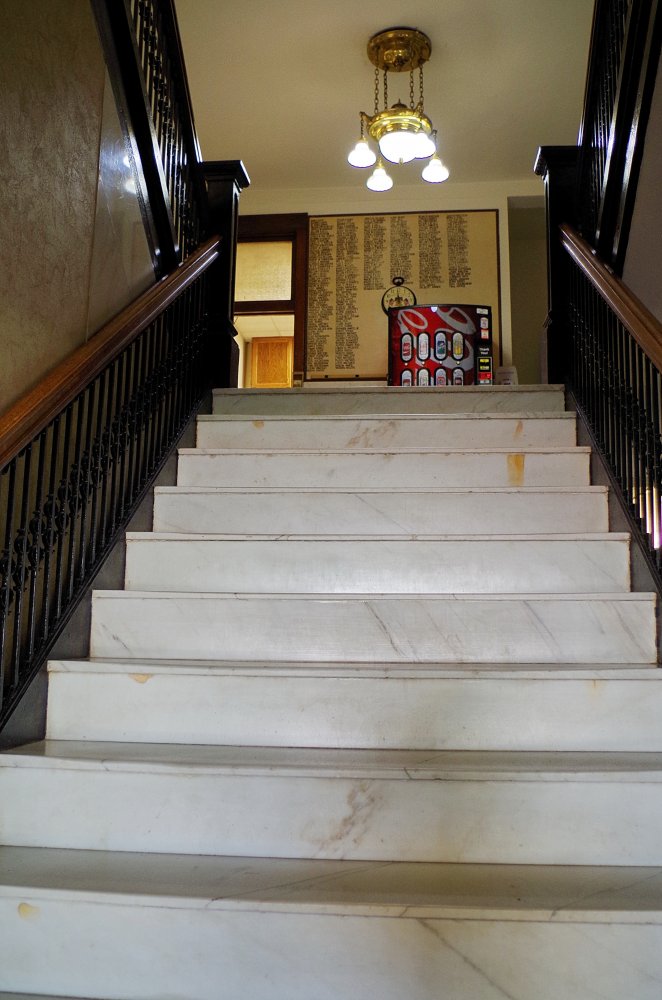 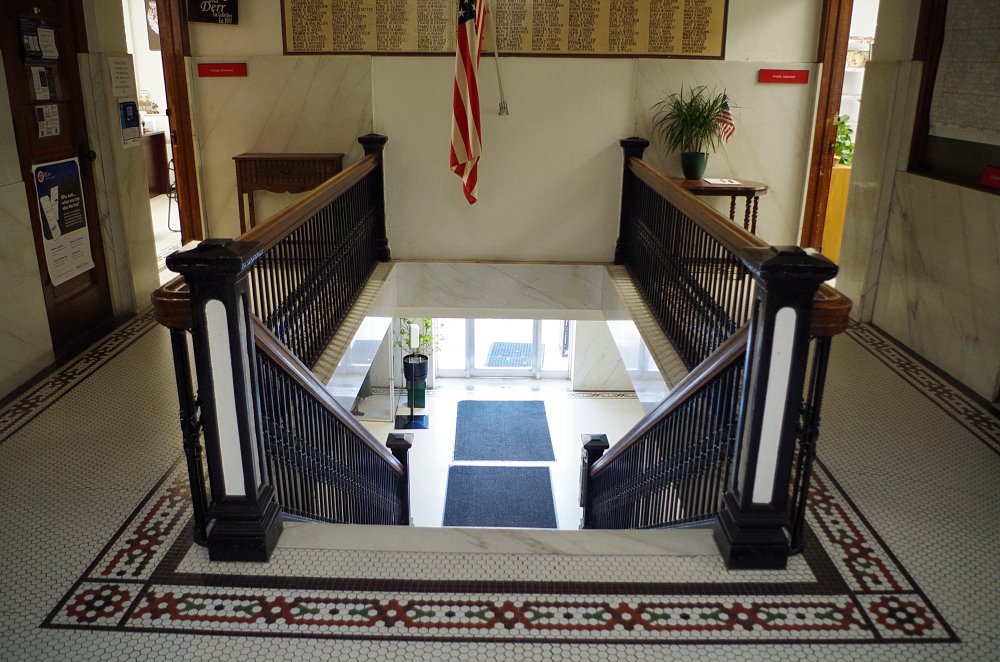 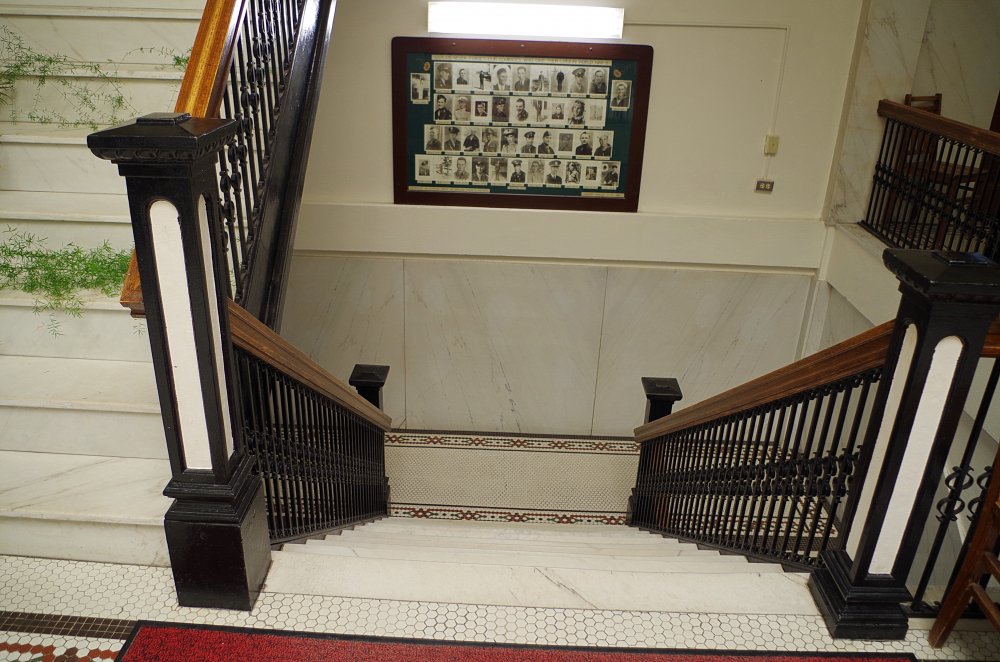 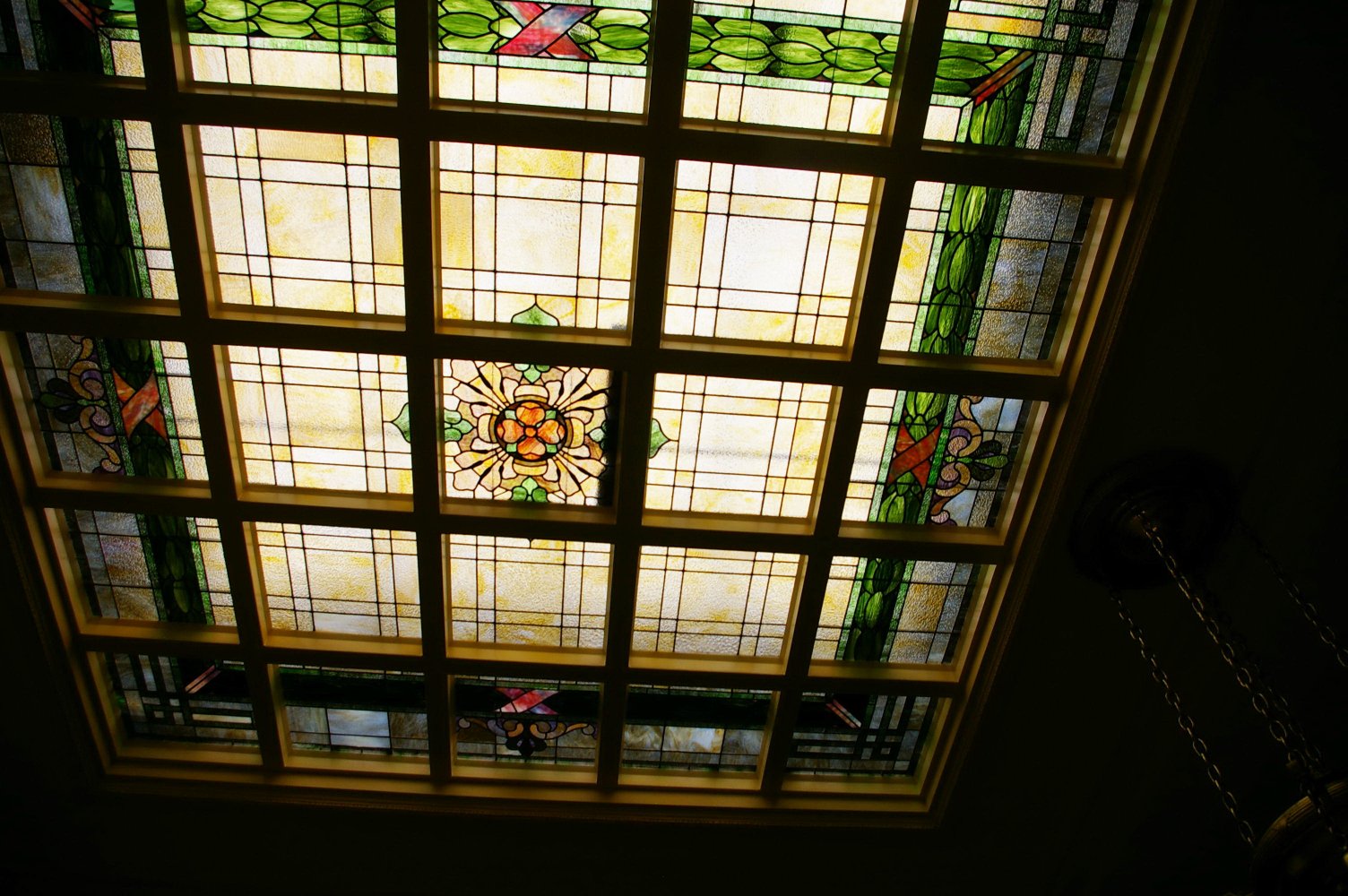 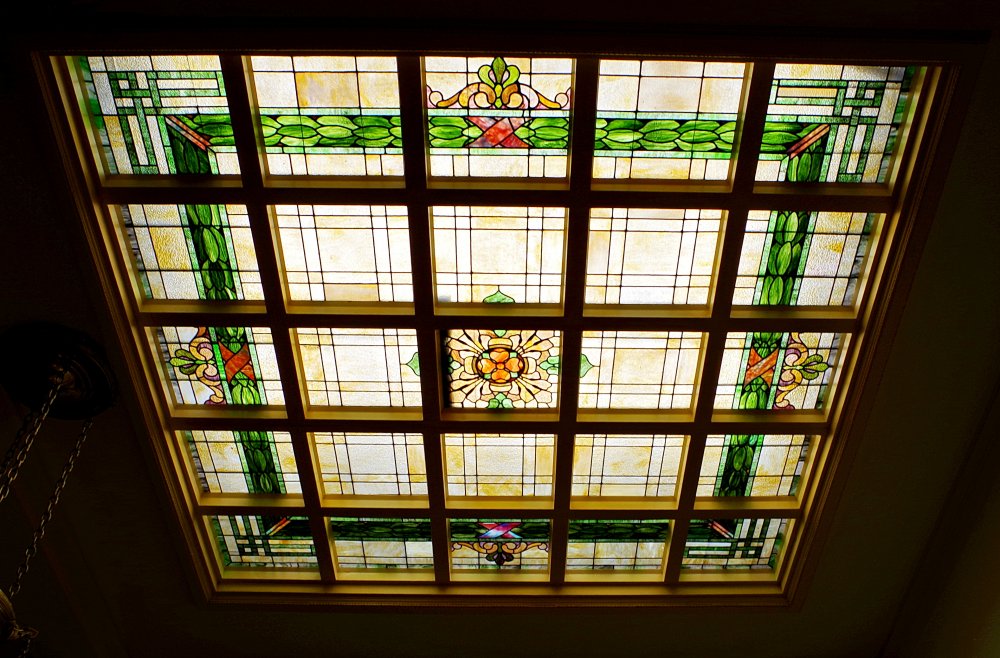 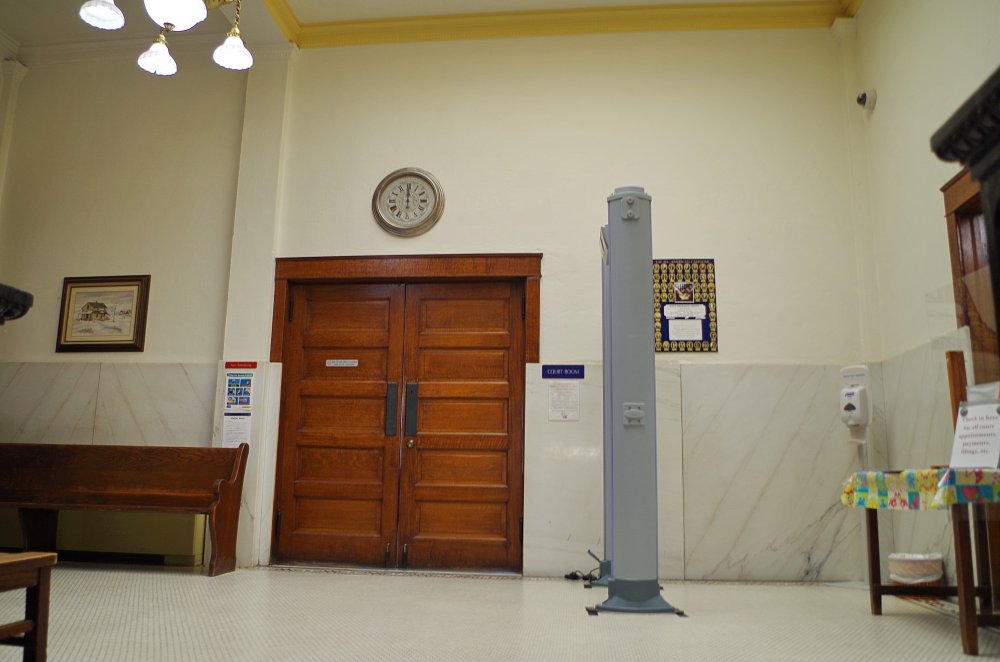 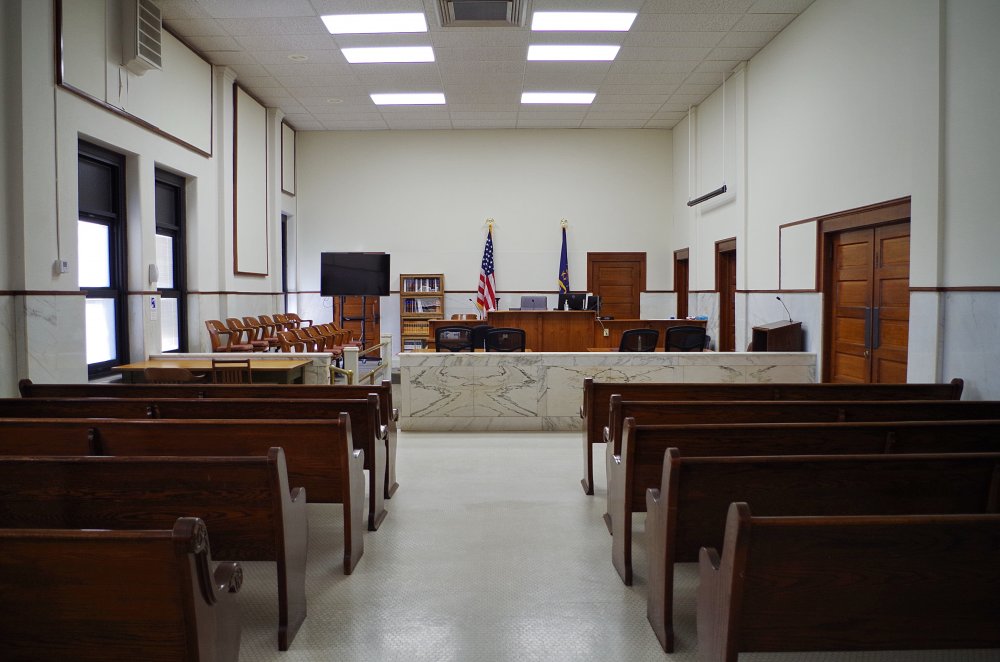 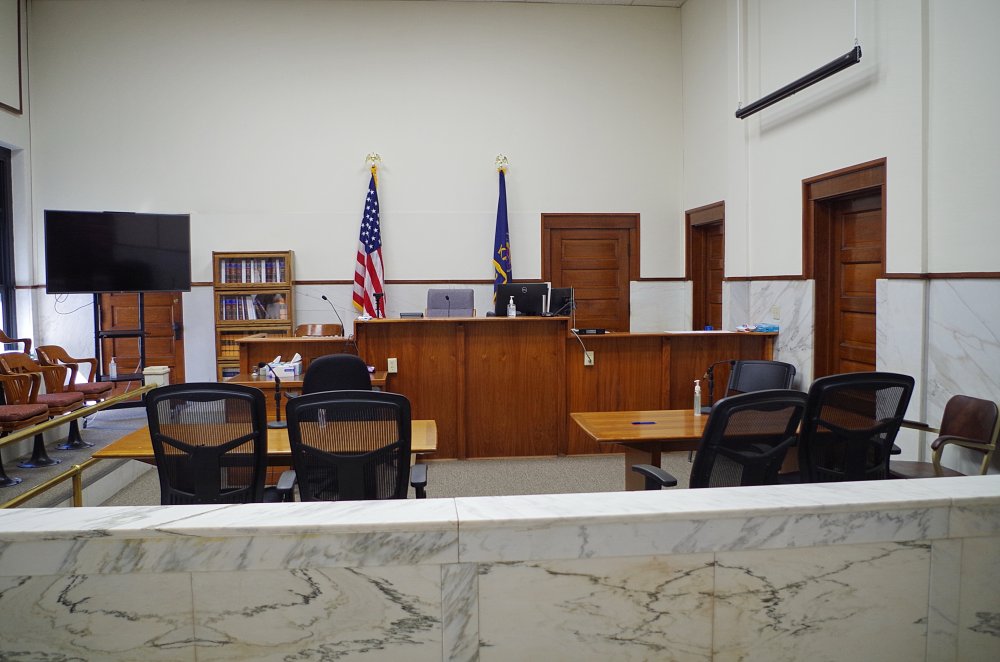 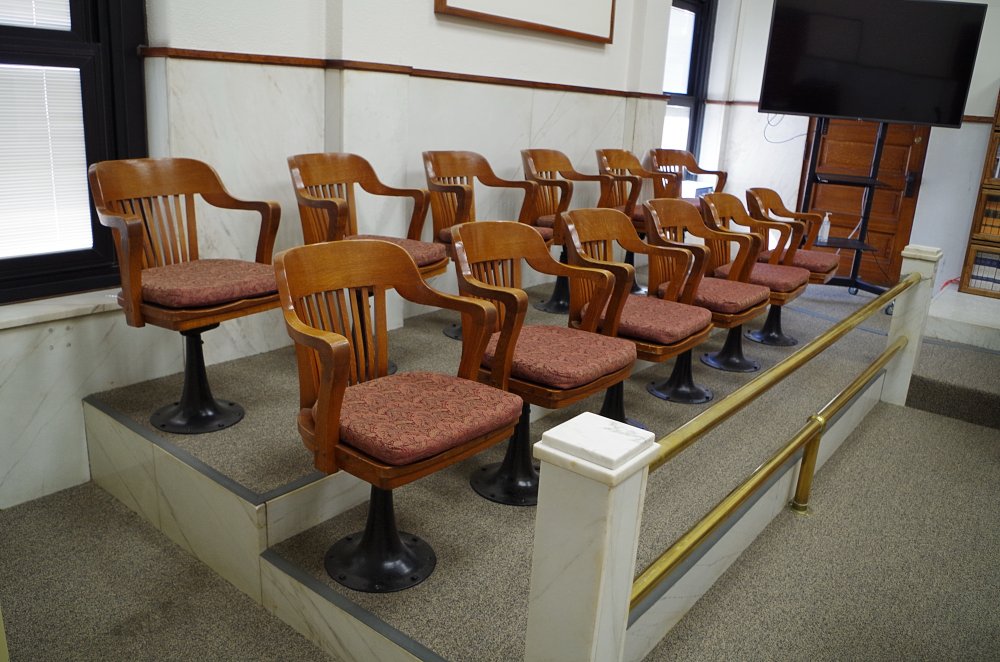 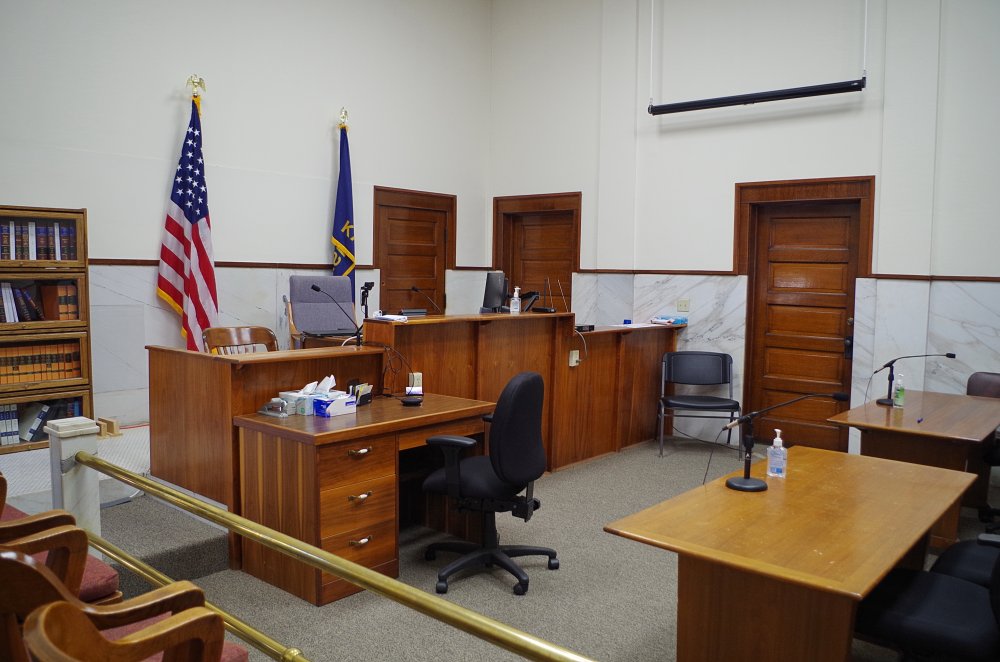 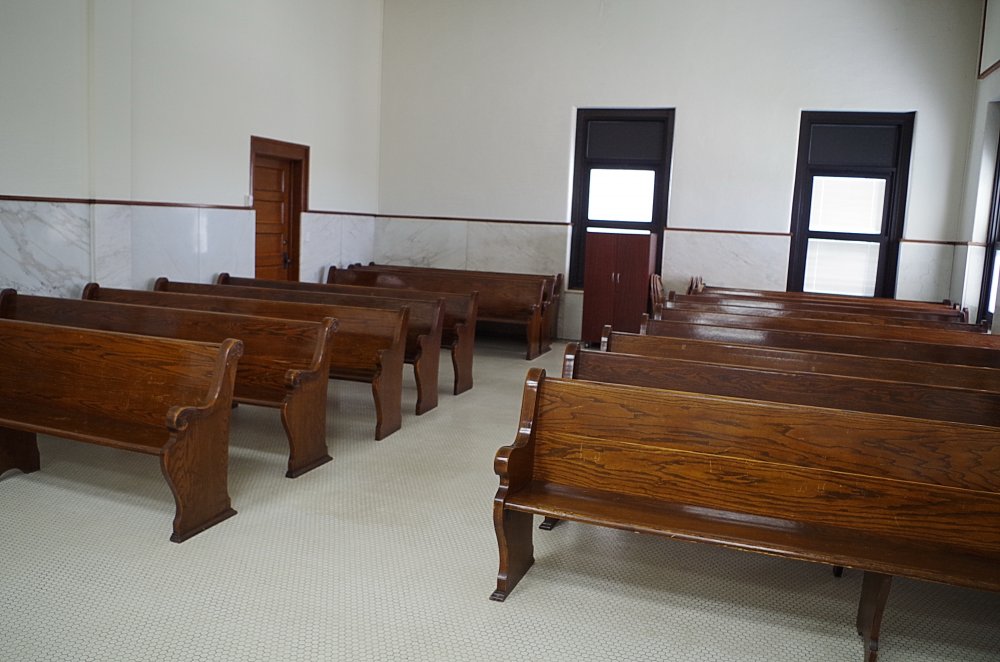 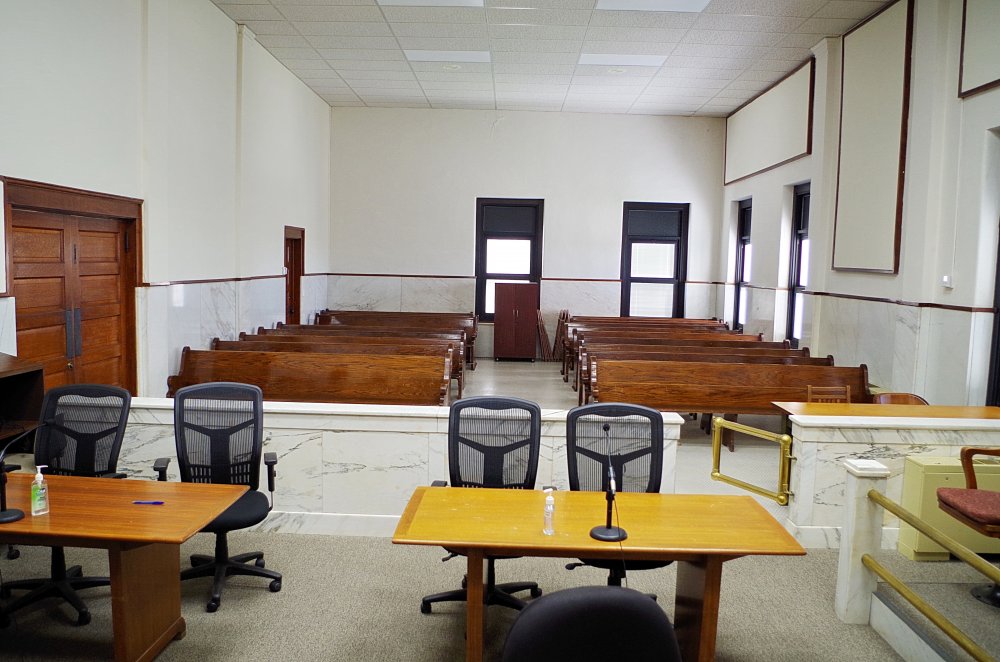