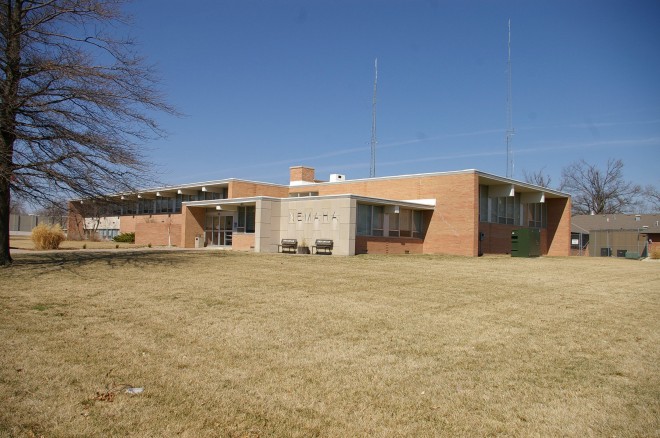 Nemaha County is named for the Native American Otoe word “Ne-ma-ha” meaning “muddy water” or “swampy water” which applied to the Nemaha River. The word may have refered to “water of the Omahas”, “further up water”,”water of cultivation” or “no papose”. 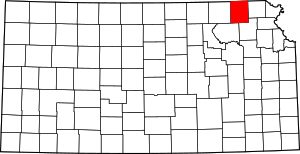 Description:  The building faces south and is a one and two story light red-orange colored brick, glass and concrete structure. The building is located on spacious landscaped grounds in the center of Seneca. The entrance is along the east end of the south side. The entrance is recessed with glass doors. On the east side is a stone faced section and behind is a high brick section where the County District Court courtroom is located. On the west side the building is two stories and the roof overhangs. The roof line is flat. In the interior is a high north-south lobby area with stairs ascending and descending on the west side and the large courtroom on the east side. The building houses the County District Court of the 22nd Judicial District. To the southeast is the old red colored brick Sheriff’s Residence and Jail built in 1879.