Morton County is named for Oliver Hazard Perry Throck Morton ( 1823 – 1877 ), who was a United States Senator from Indiana.

Description: The building faces north and is a one story concrete, stone, brick and glass structure. The building is located on spacious landscaped grounds on a low hill on the east side of Elkhart. The north front has black colored square columns supporting an overhanging roof and glass walls, on the east side and on the west is a large yellow colored stone wall over a dark red colored brick wall. The west side is dark red colored brick. The roof line is flat. In the interior, a glass walled lobby runs across the north front. The courtroom is located at the south side off the lobby. The building houses the County District Court of the 26th Judicial District. 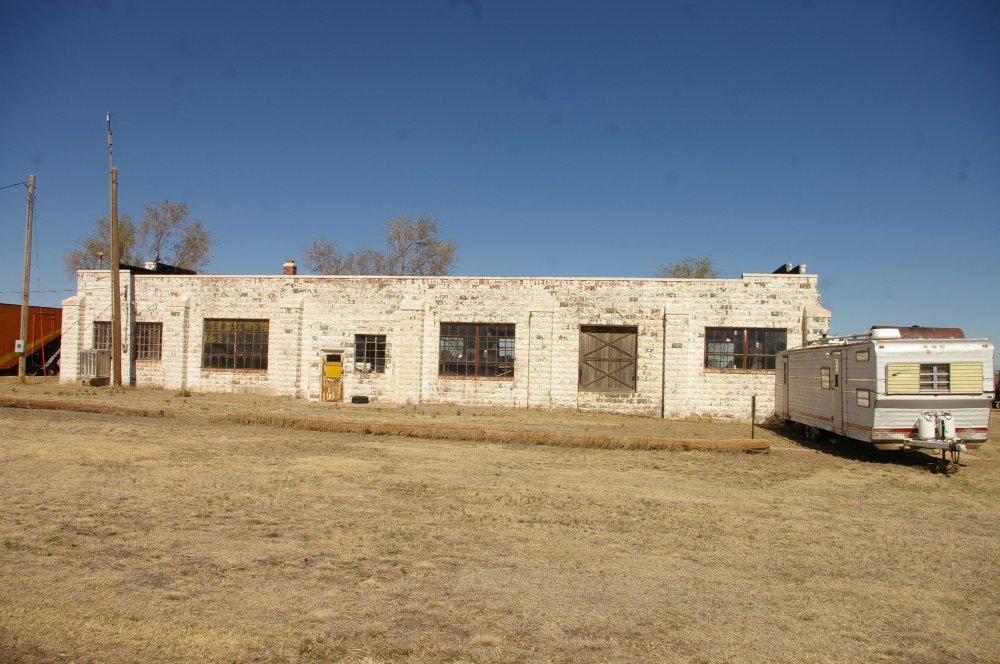 Description: The building faces east and is a one story white colored course stone Federal style structure. The building was constructed in the midst of the dust bowl and was originally a machine shop and maintenance building. When the courthouse was destroyed by fire in 1950, the building became the courthouse until 1961. This is a Work Projects Administration project. The building lies abandoned. The site of the former courthouse is southeast across the street on the southeast corner of Mulberry Street and 7th Street where the pad of the former courthouse is located along with the old red colored brick County Jail. 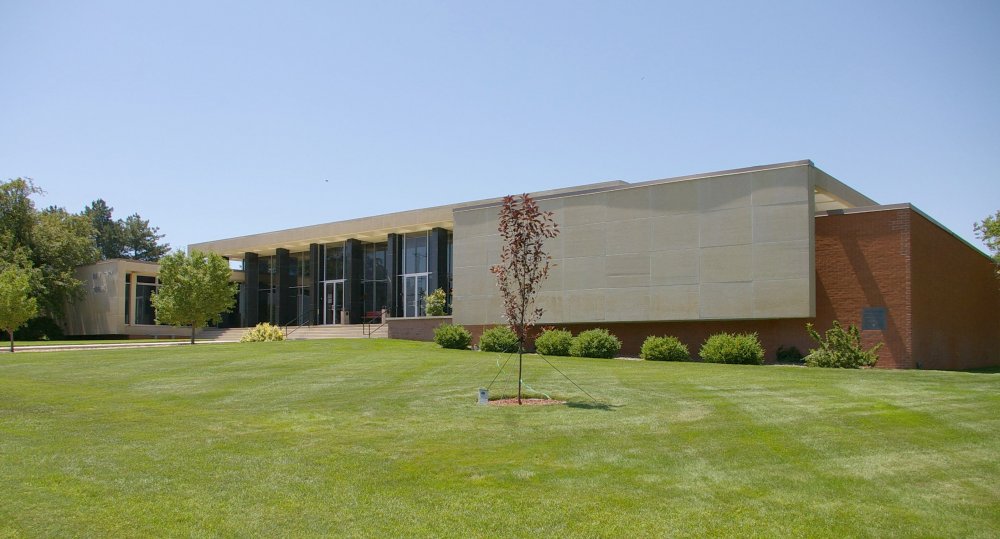 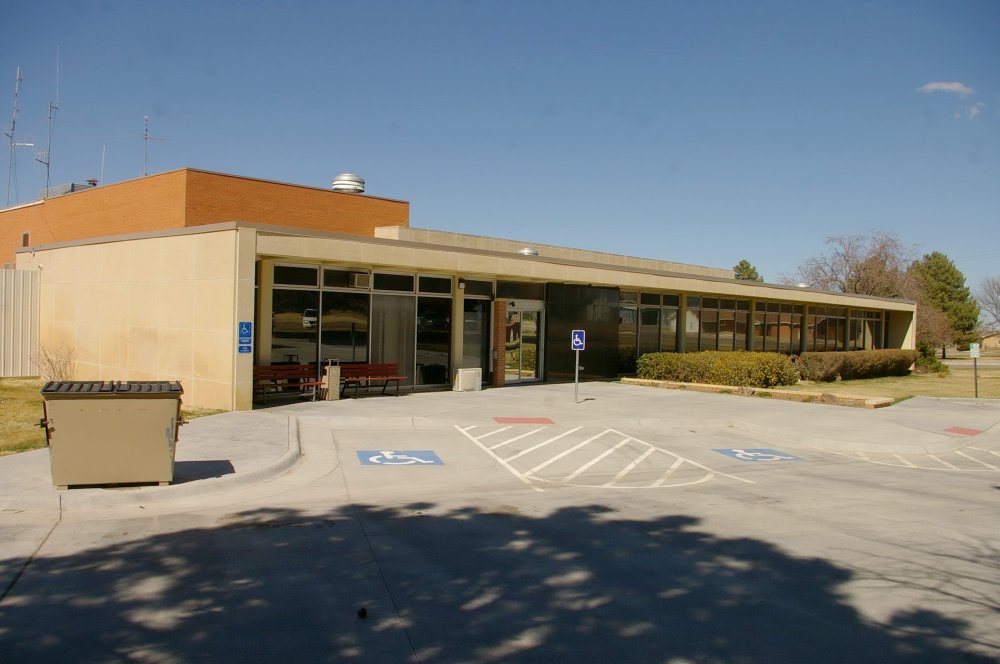 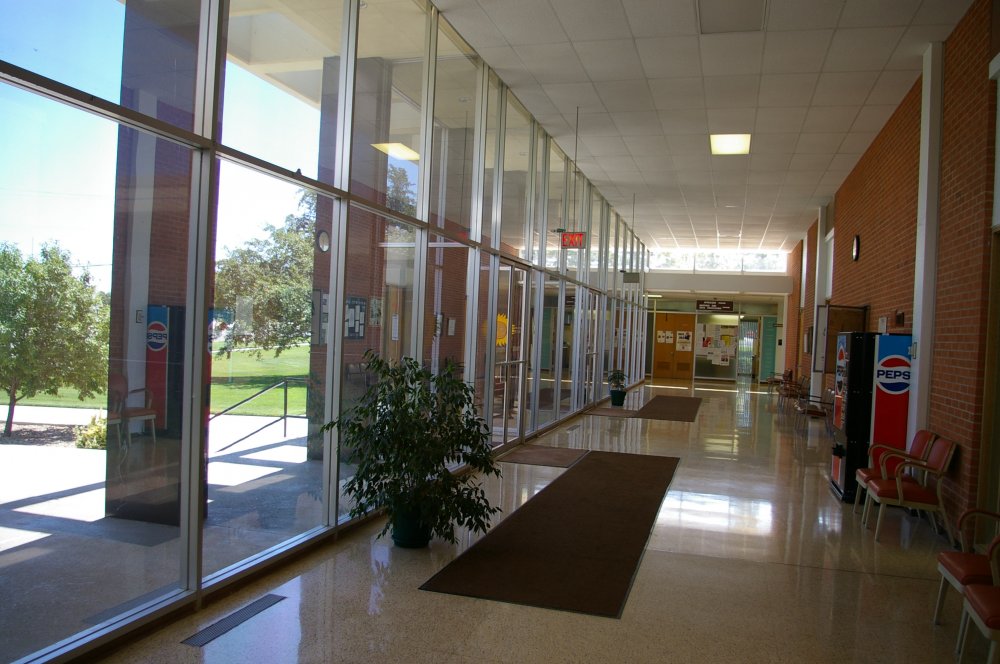 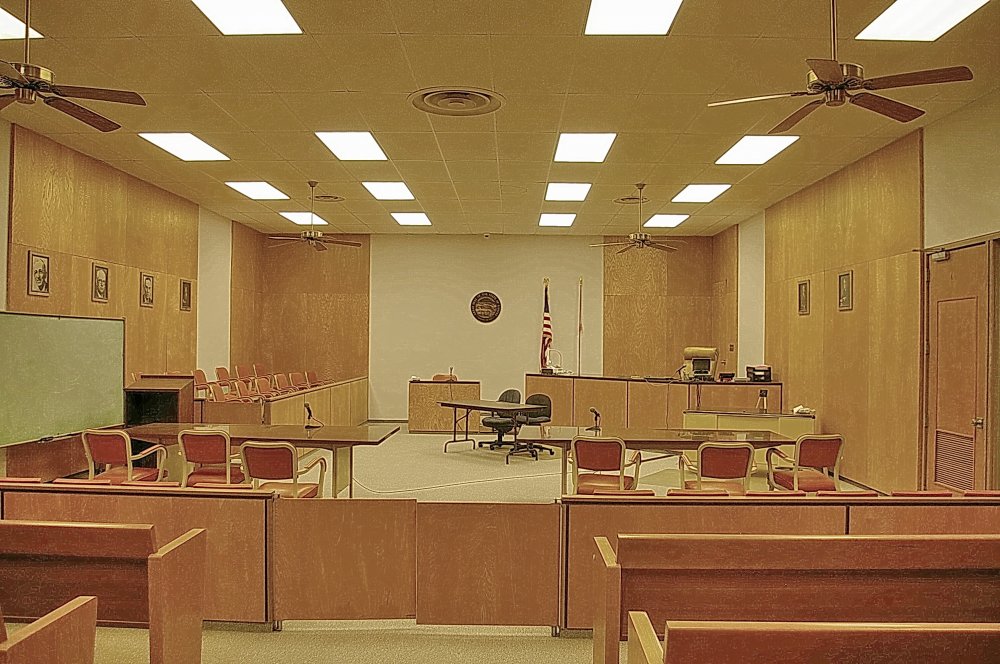 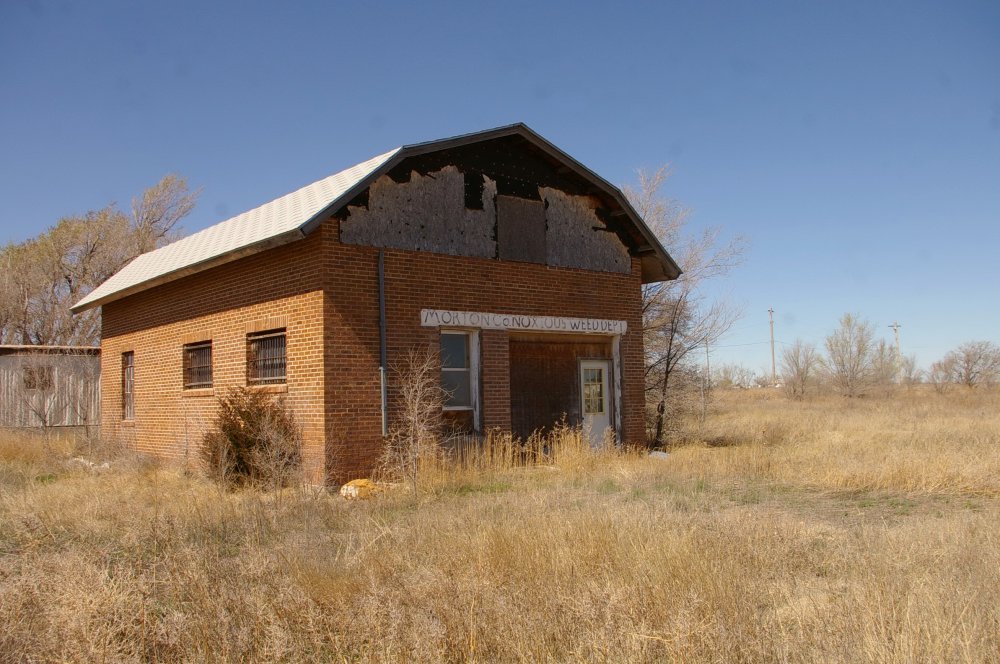 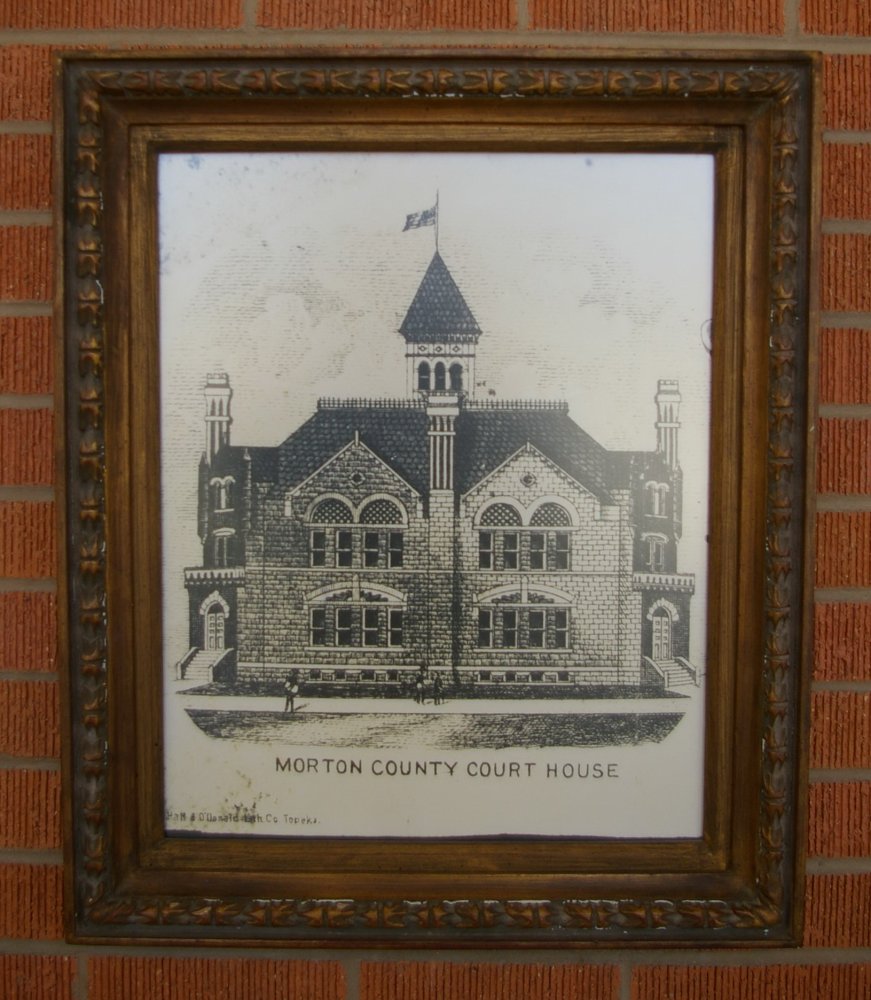