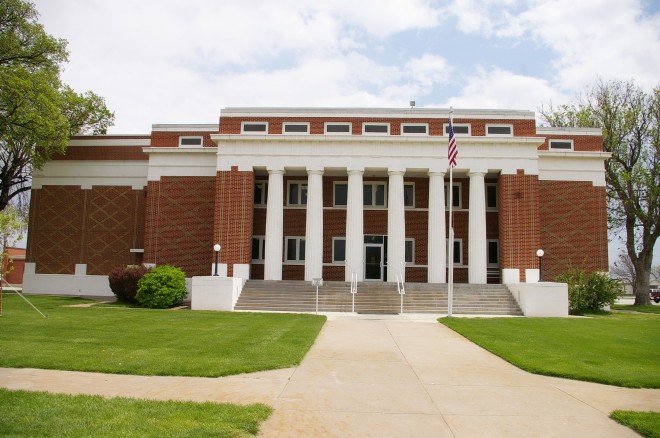 Meade County is named for General George G Meade ( 1815-1872 ), Union army general and the victor at Gettysburg during the Civil War.

Description:  The building faces west and is a three story light patterned red colored brick and concrete structure. The building is located on landscaped grounds in the center of Meade. On the west front are six large white colored fluted Doric columns rising from the first floor to the second story. On the third story is white stone above the columns. The windows on the third floor are small. In the interior, the courtroom is located on the second story. The building houses the County District Court of the 16th Judicial District. 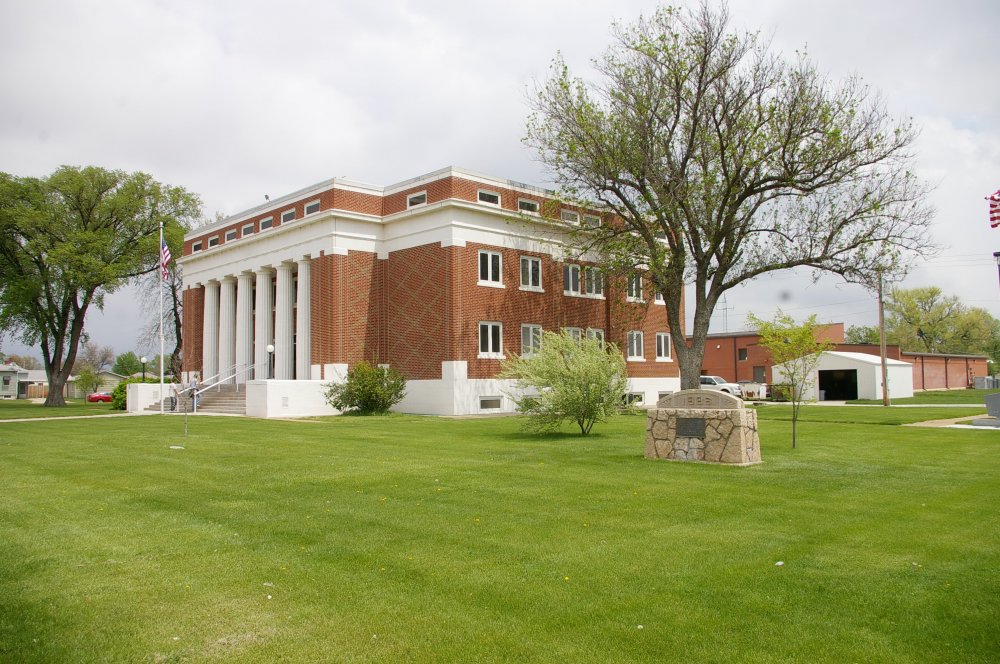 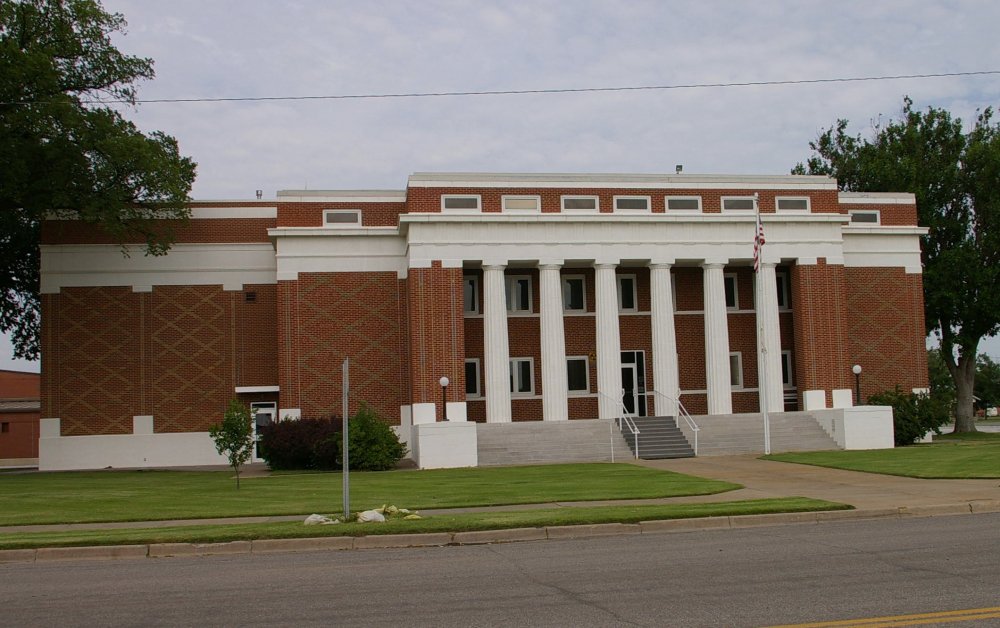 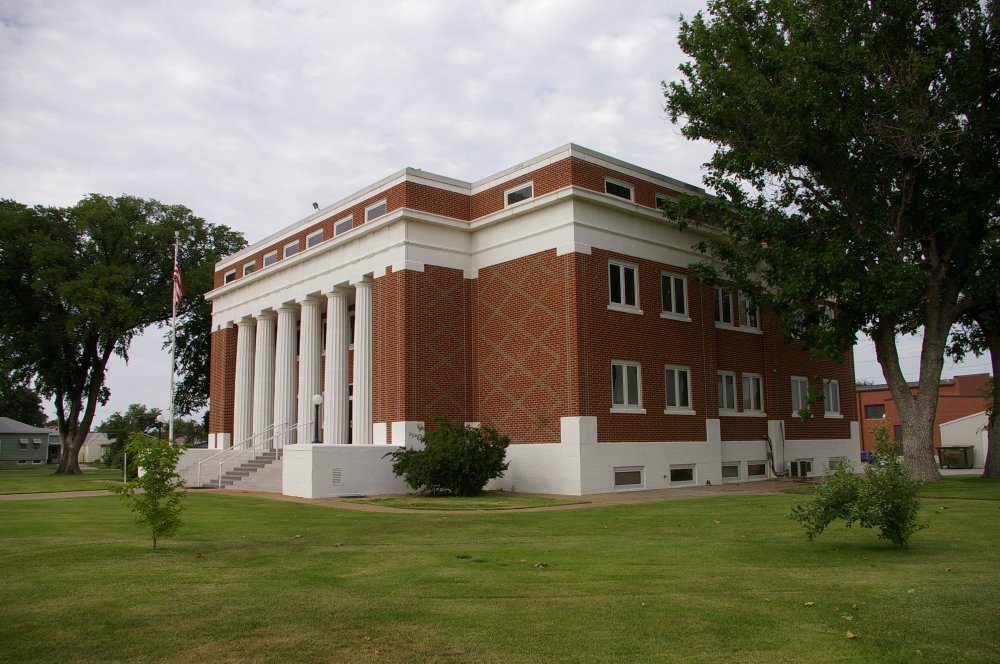 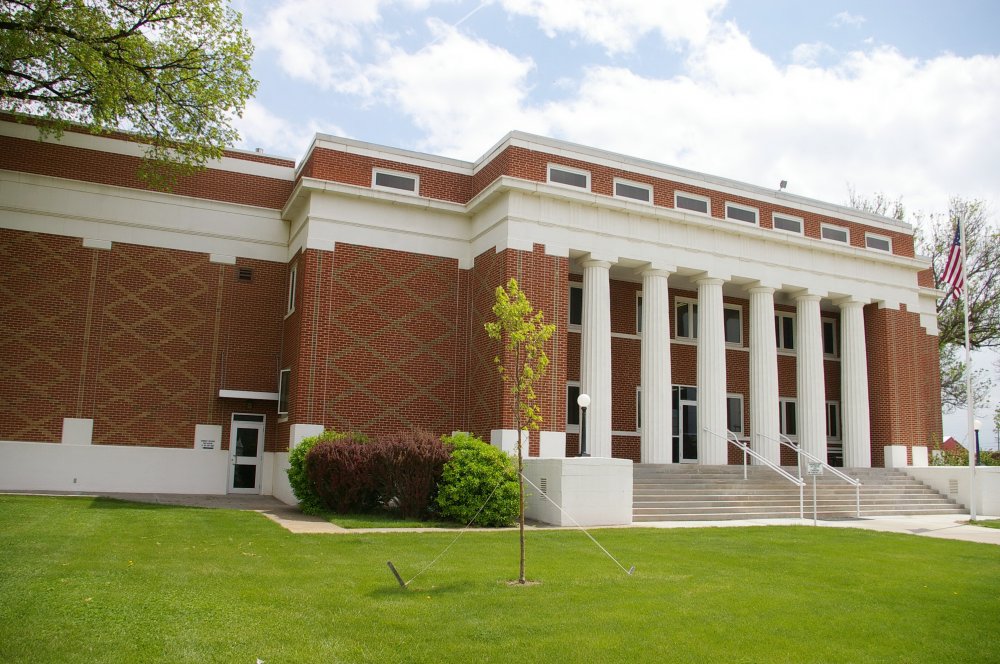 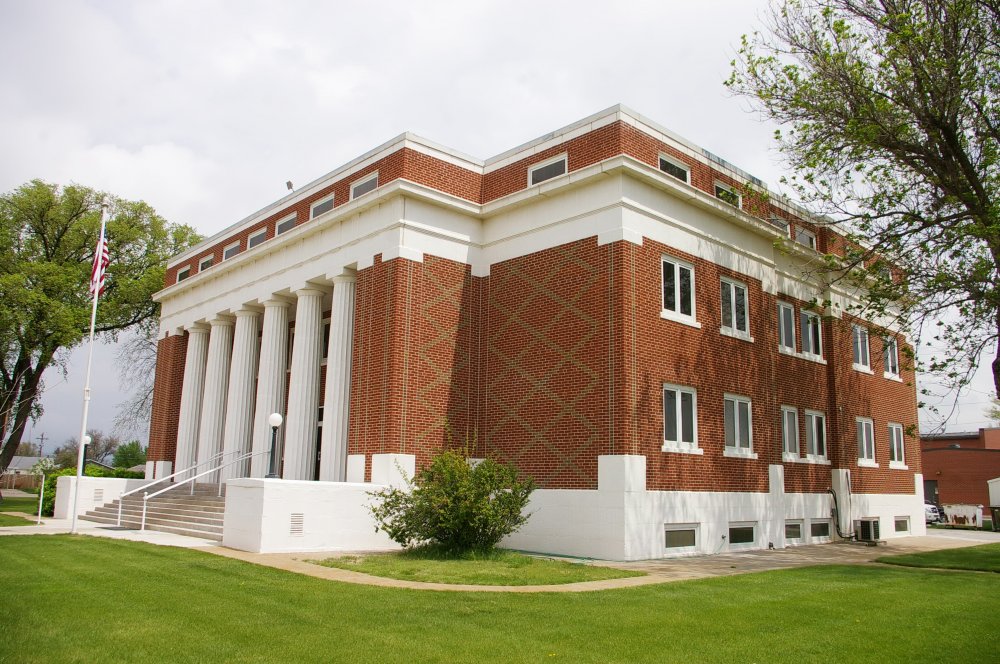 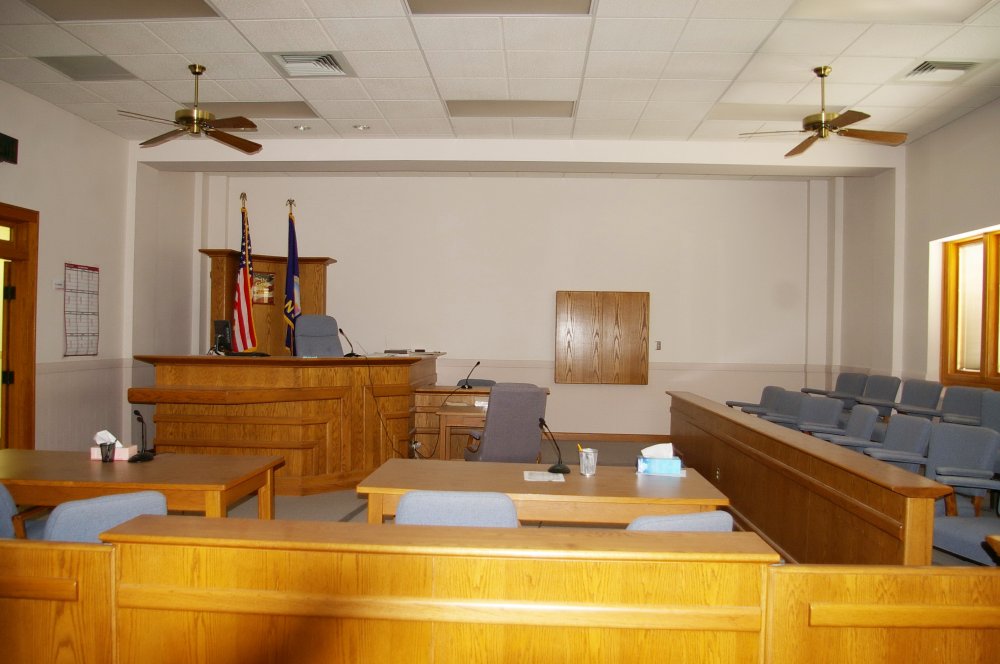 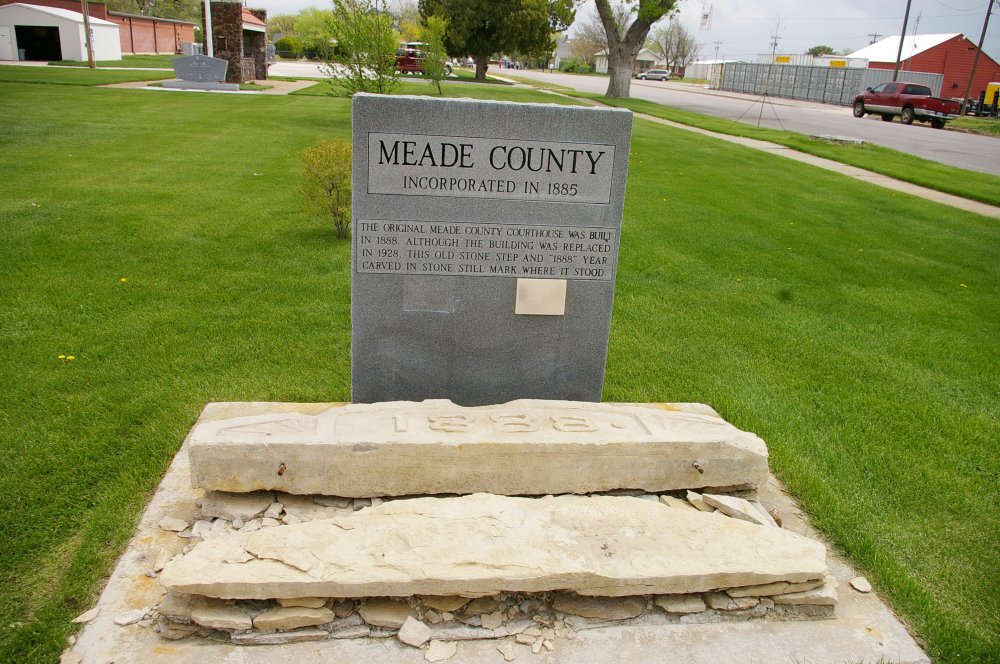