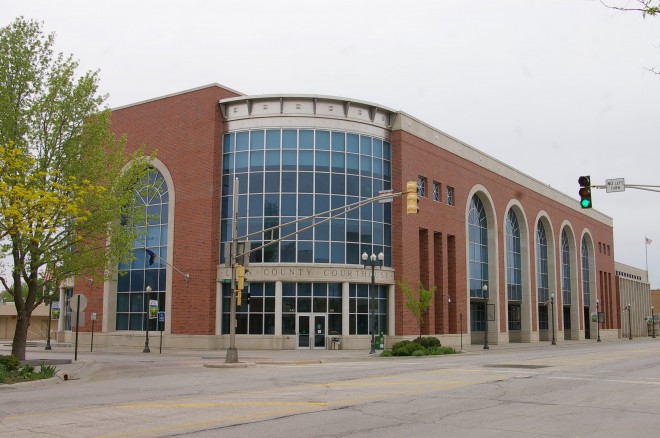 Lyon County is named for Nathaniel Lyon, who was a general during the American Civil War and who was killed at the Battle of Wilson’s Creek. 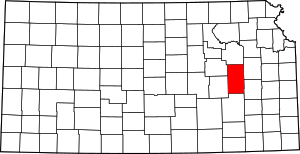 Description:  The building faces north and is a three story red colored brick, glass and concrete structure. The northeast and northwest corners have a rounded glass section with entrance on the first story. The roof line is flat. The old courthouse is located on the south side of the building. 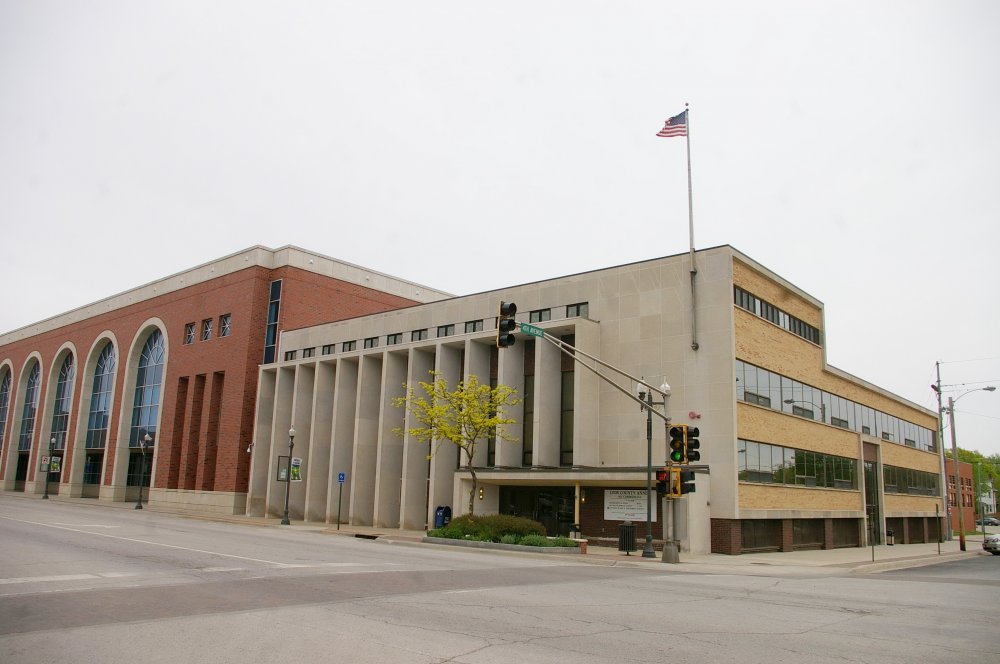 Description:  The building faces west and is a three story buff colored brick, glass and concrete structure. The west front has vertical concrete dividers with recessed vertical windows. The front is faced with stone and the entrance on the south side of the front has a concrete canopy. . Along the south side there are horizontal windows with buff colored brick between. The third story extends only part way. The roof line is flat. The building is not connected to the new courthouse along the north side and now houses county offices.

History:  The county was originally known as Breckenridge County and was attached to Madison County with Columbia as the county seat. The county seat was changed in Waterloo in 1857, to Americus in 1858 and to Emporia in 1860. Name changed to Lyon County in 1862. The first courthouse was a stone structure designed by John Hammond and built by Dr. Thomas Armor and Perry B Mazson in 1866 at a cost of $19,795. Peter B Hughes and Richard Howl did the stonework. George Plumb burned the lime that was used for the mortar in the construction of the building at northwest corner Third Avenue and Commercial Street. The second courthouse was designed by Frederick C Gunn and constructed by D L Thomas in 1901 at northeast corner Fourth Avenue and Commercial Street. The third courthouse was constructed in 1952 to 1953 and is still standing. The fourth and present courthouse was constructed in 2000 to 2001. 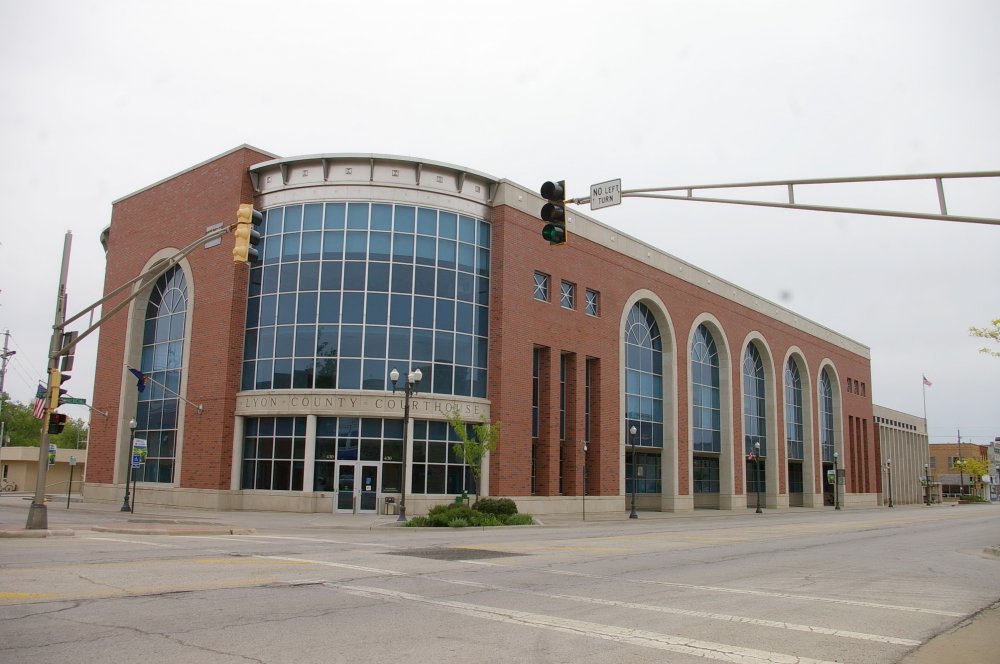 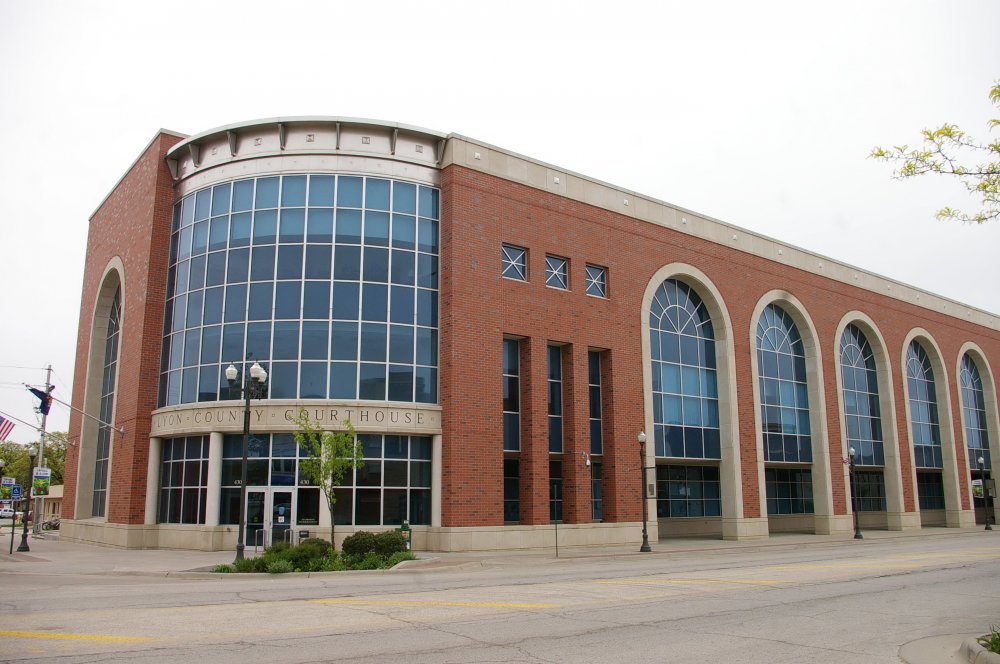 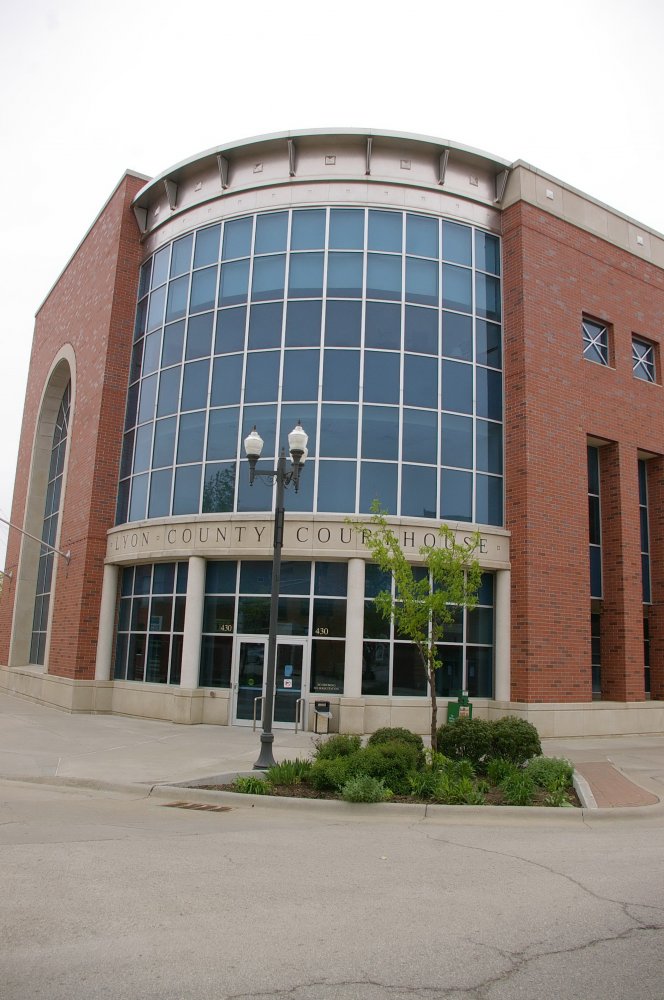 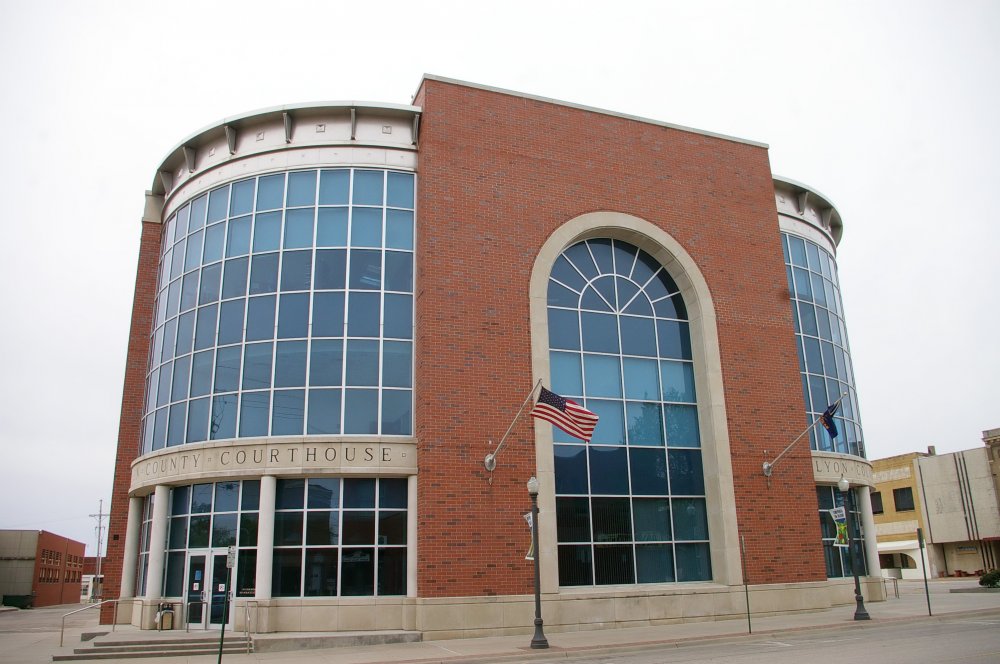 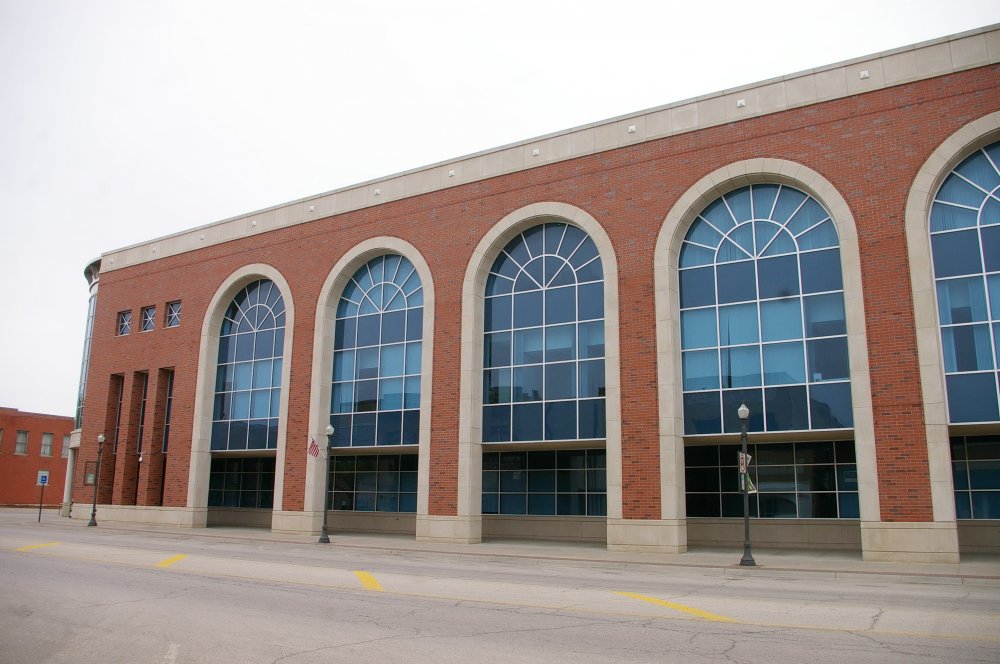 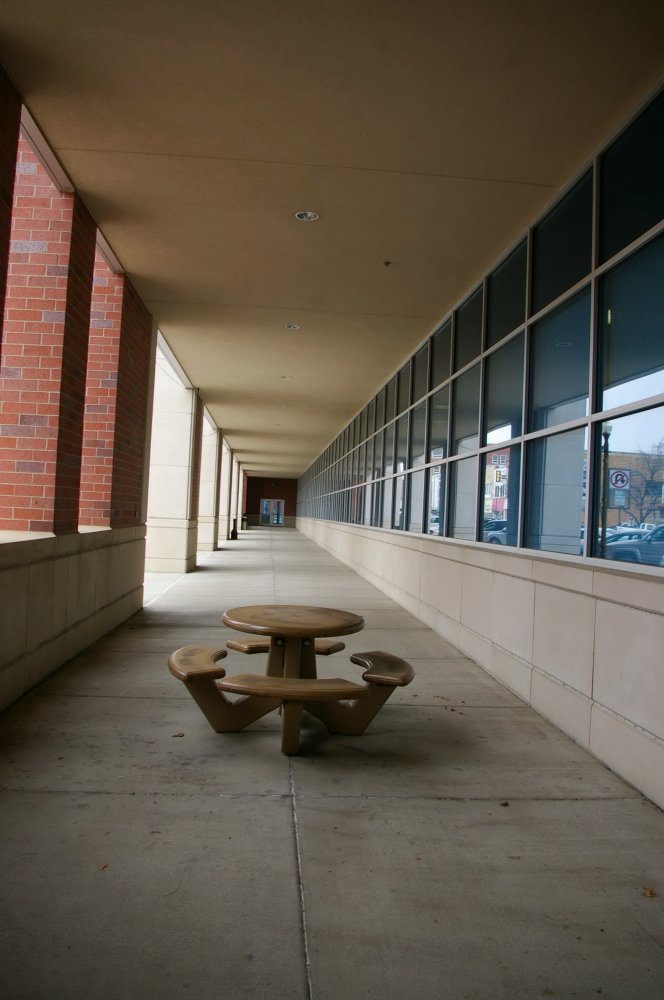 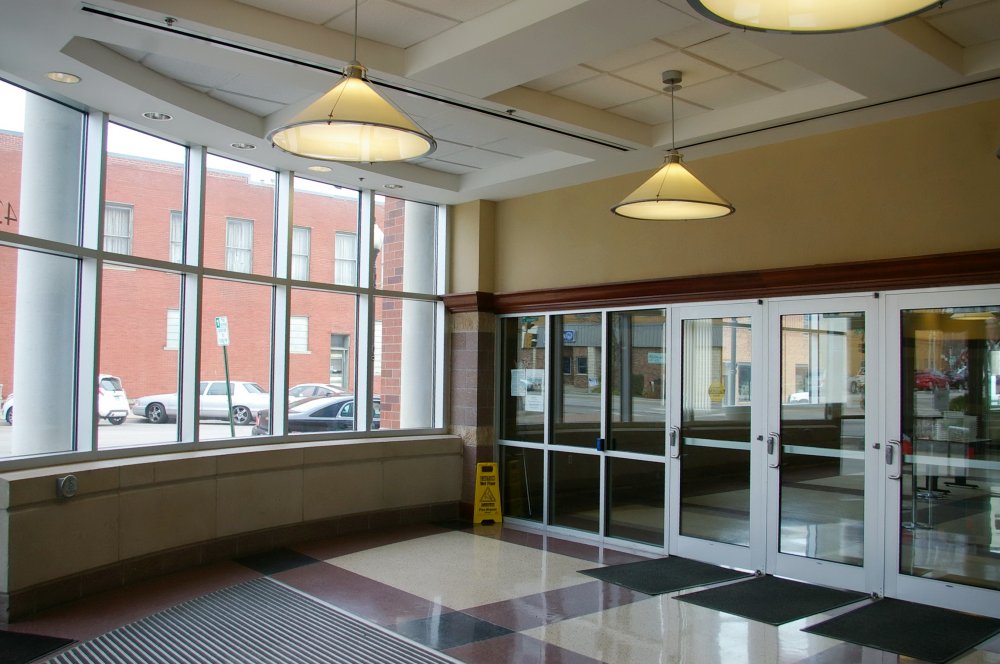 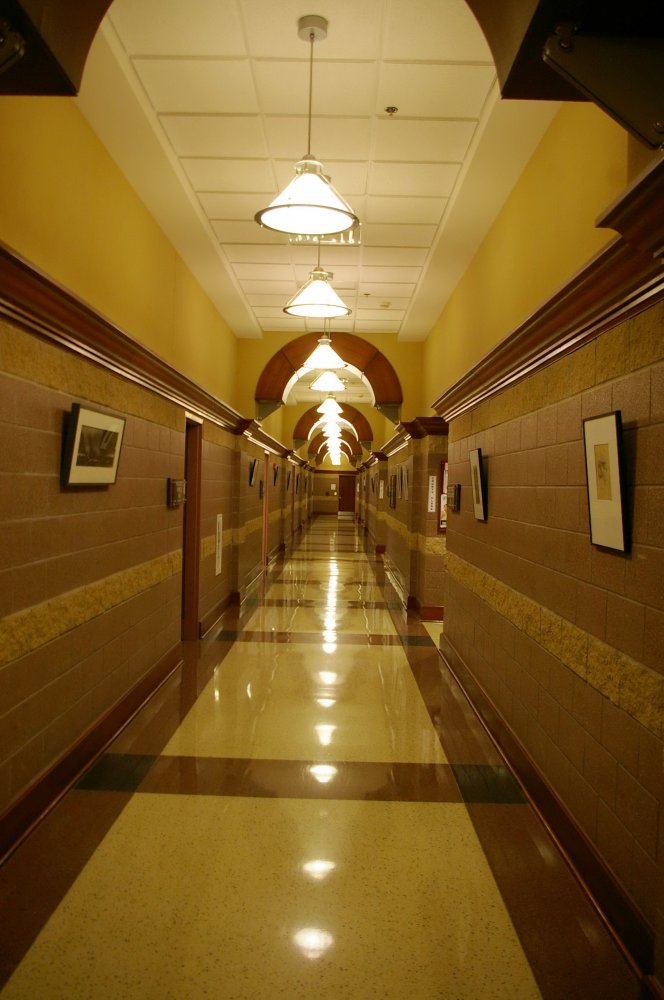 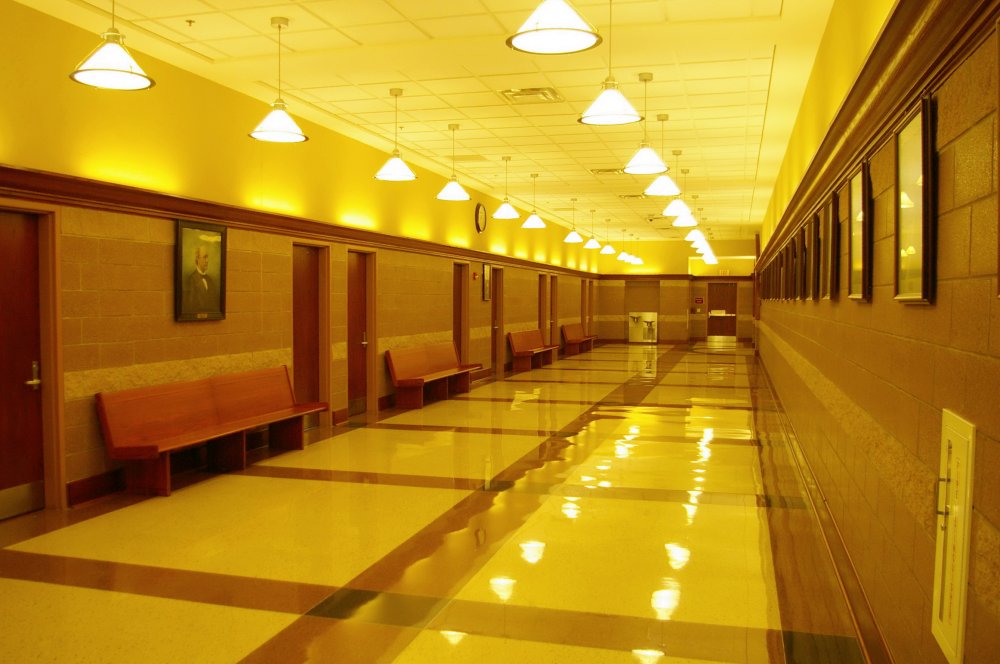 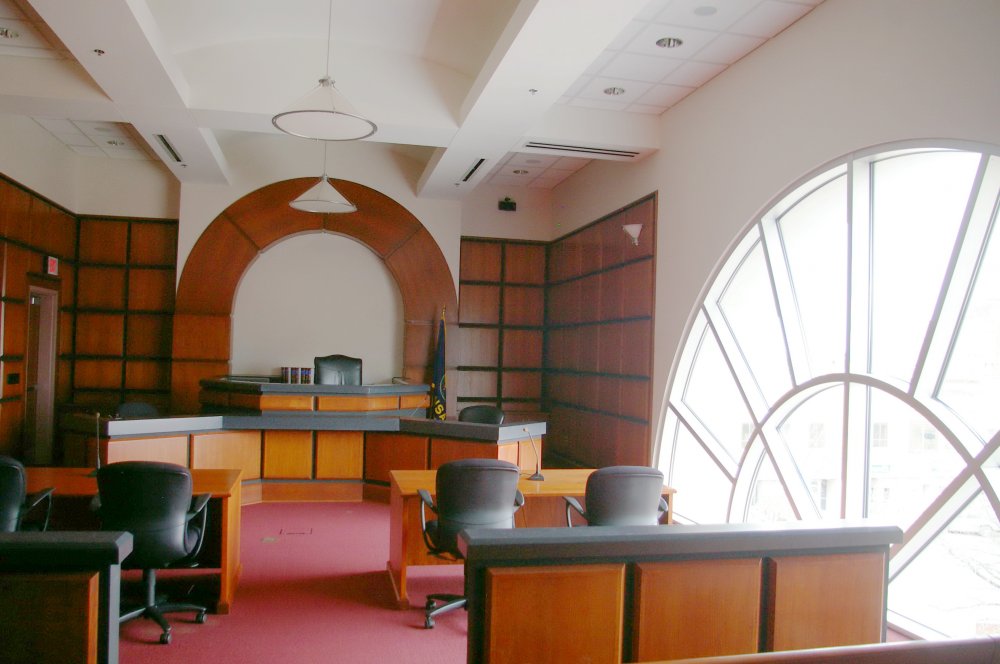 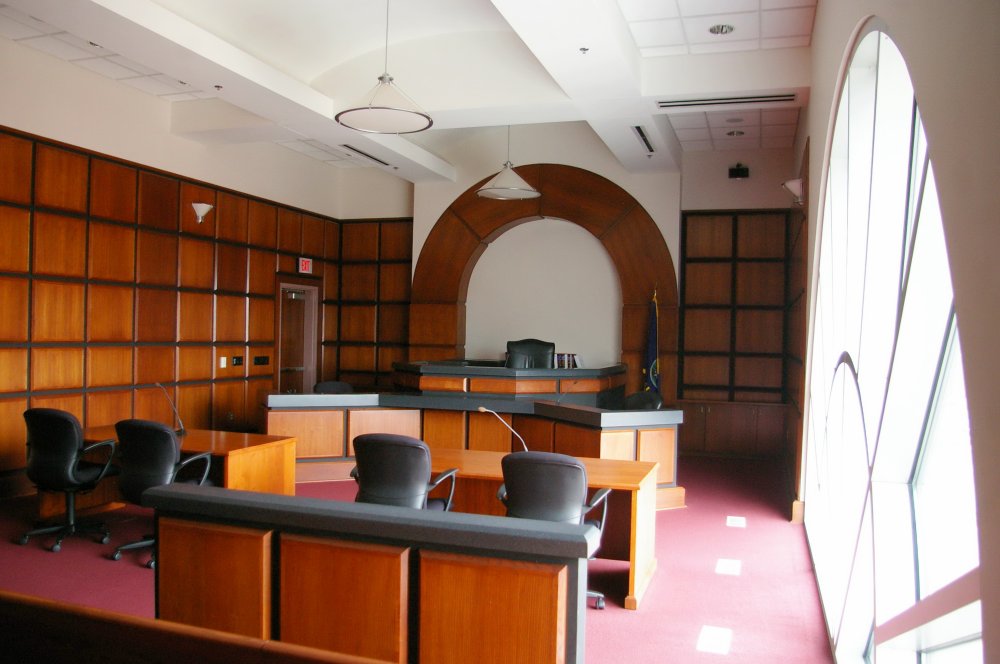