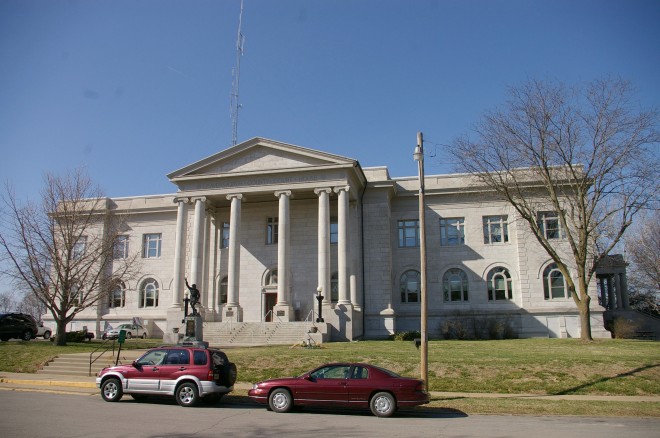 Leavenworth County is named for Henry H Leavenworth, who was a general in the United States Army and after who Fort Leavenworth was named. 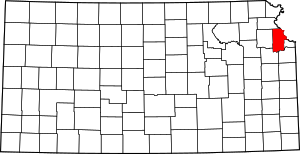 Description: The building faces south and is a three story gray colored limestone and concrete structure. The rectangular shaped building is located on landscaped grounds in the center of Leavenworth. The walls are limestone masonry units laid in running bond with the rusticated limestone foundation and limestone quoins. The south front has a large portico supported by six columns rising to a pediment at the roof line. The recessed entrance has rounded stone trim. A horizontal projecting cornice runs below the roof line. In the interior is a central rotunda which rises to a skylight above the second story. There is an entrance on each of the four side. Interior finishings include terrazzo flooring, marble wainscoting, oak doors, plaster walls and ceilings, scagliola columns and an iron and marble staircase with marble treads. The courtroom is located on the second story. The building was remodeled in 1951.

Note:  The contractor, J B Betts Jr. of Topeka, also constructed the courthouse in Marion County and Riley County. 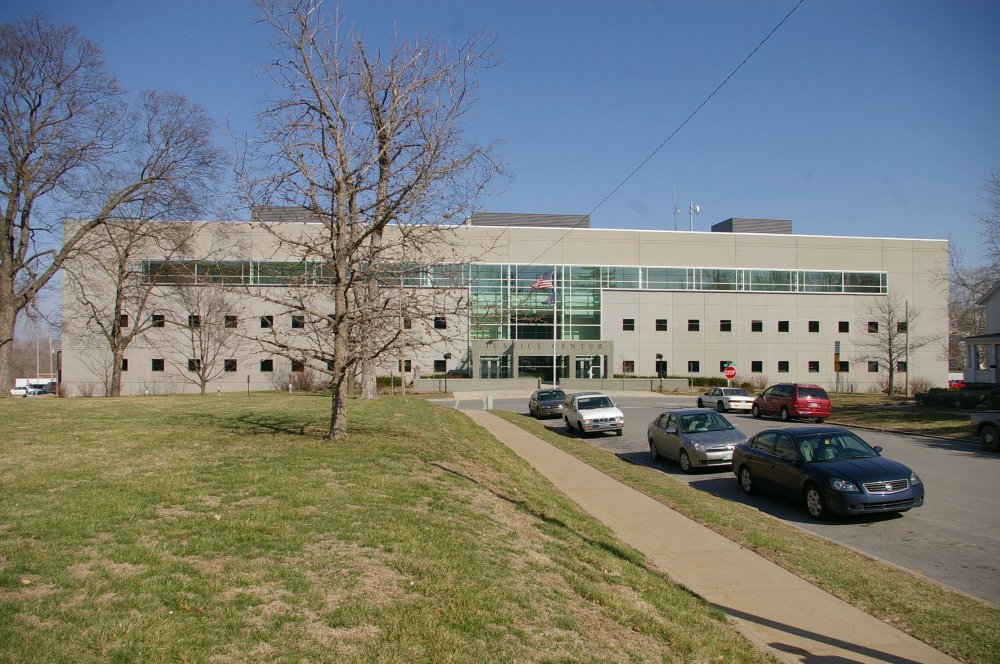 Description: The building faces west and is a three story concrete and glass structure. The building is located on landscaped grounds in the center of Leavenworth to the east of the courthouse. The west front has a central entrance with projecting concrete porch and glass panels behind. On the third story, the windows extend horizontally. The other windows are small and square. The roof line is flat. The building houses the County District Court of the 1st Judicial District. 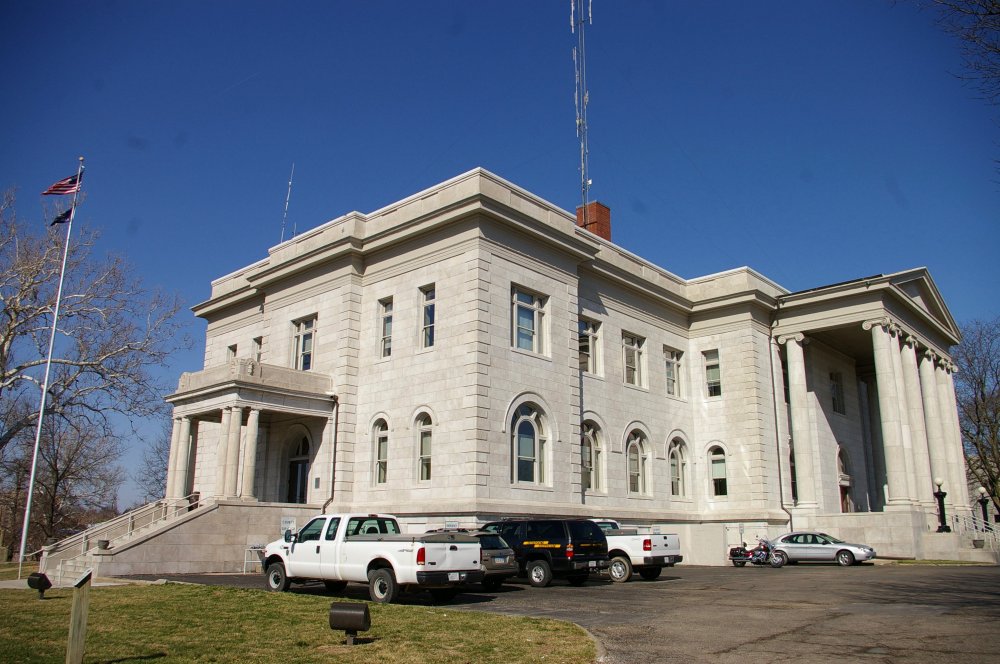 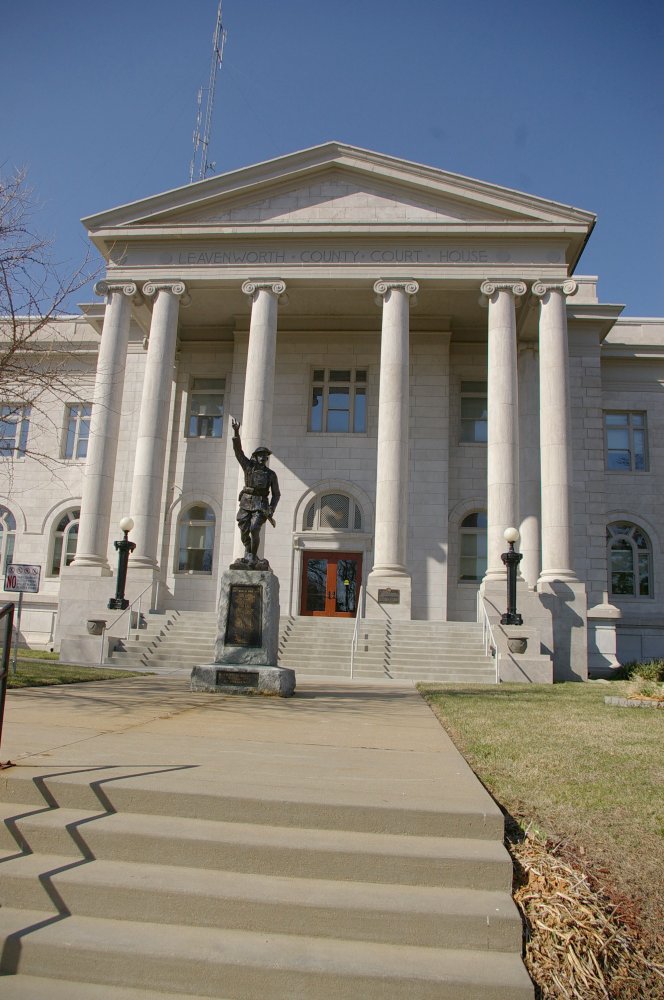 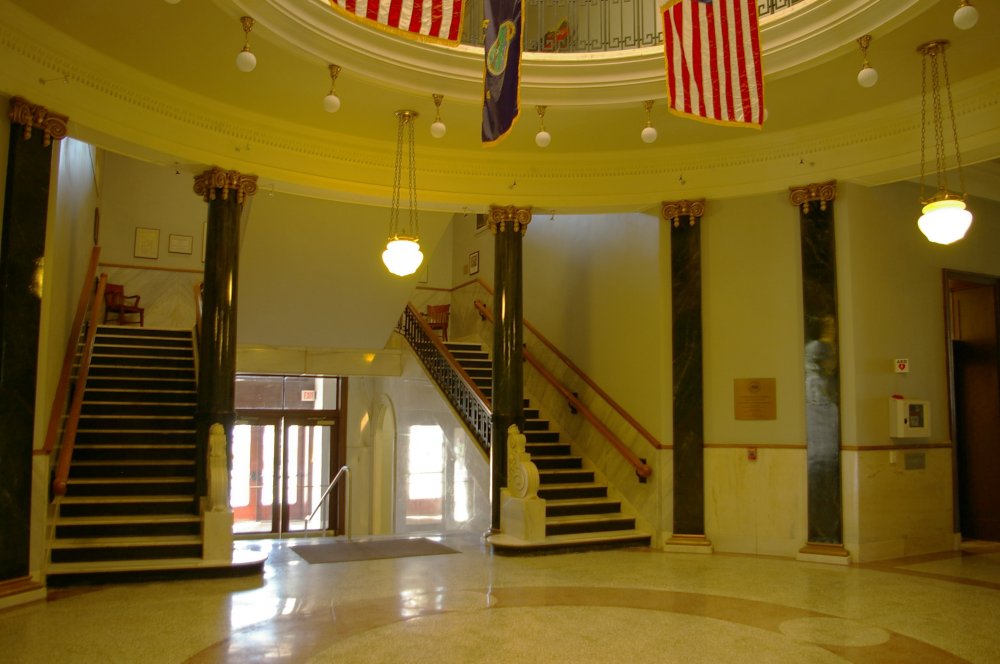 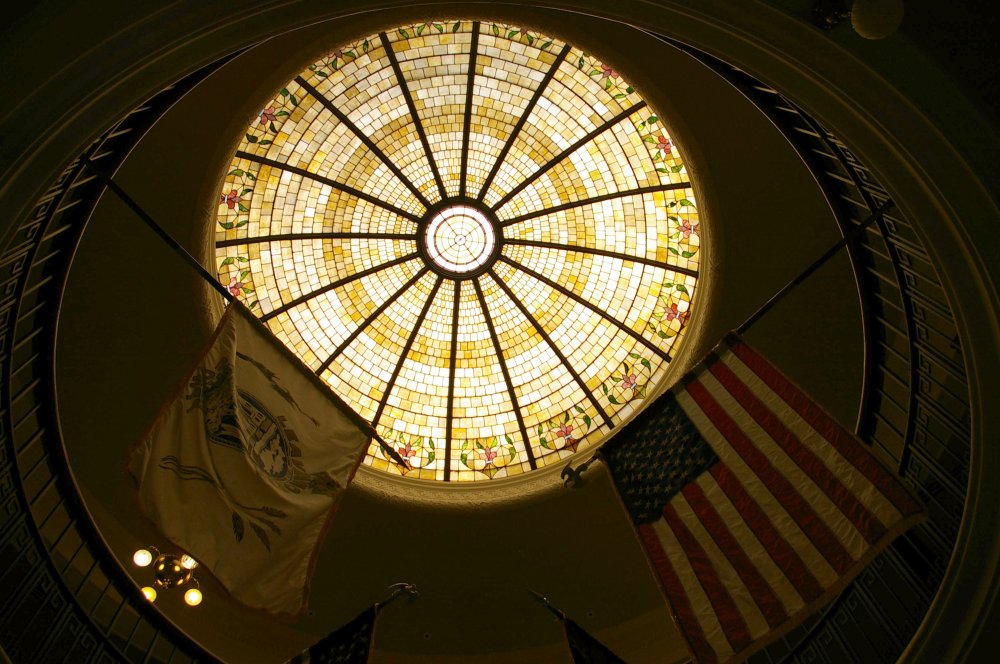 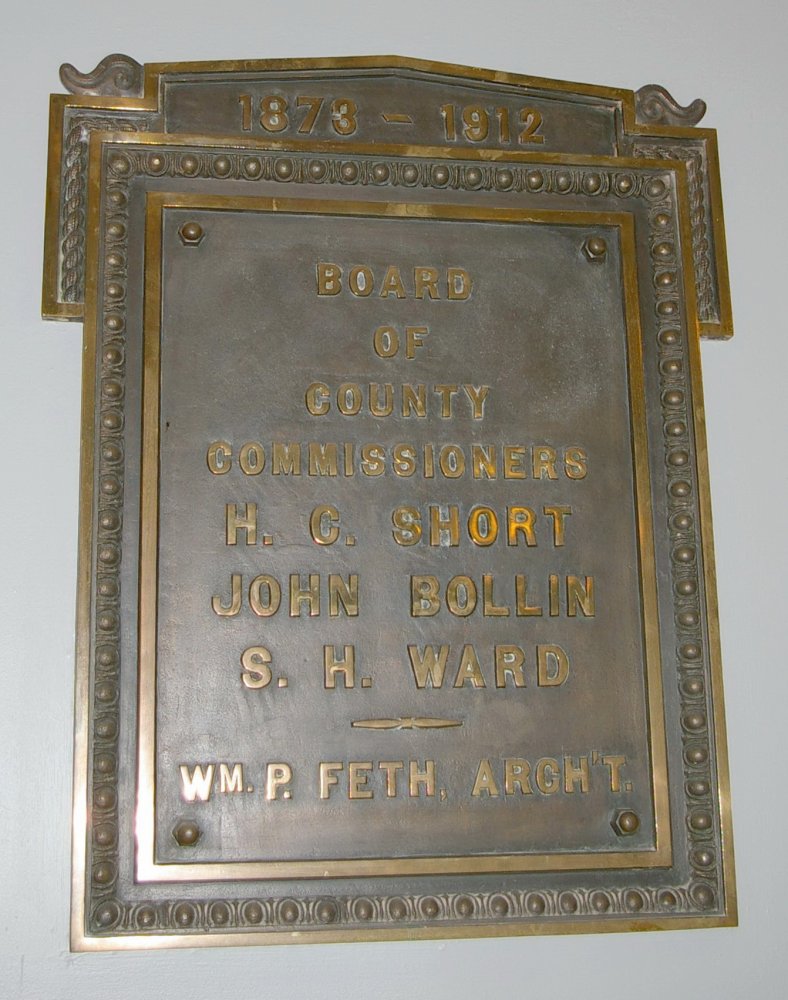 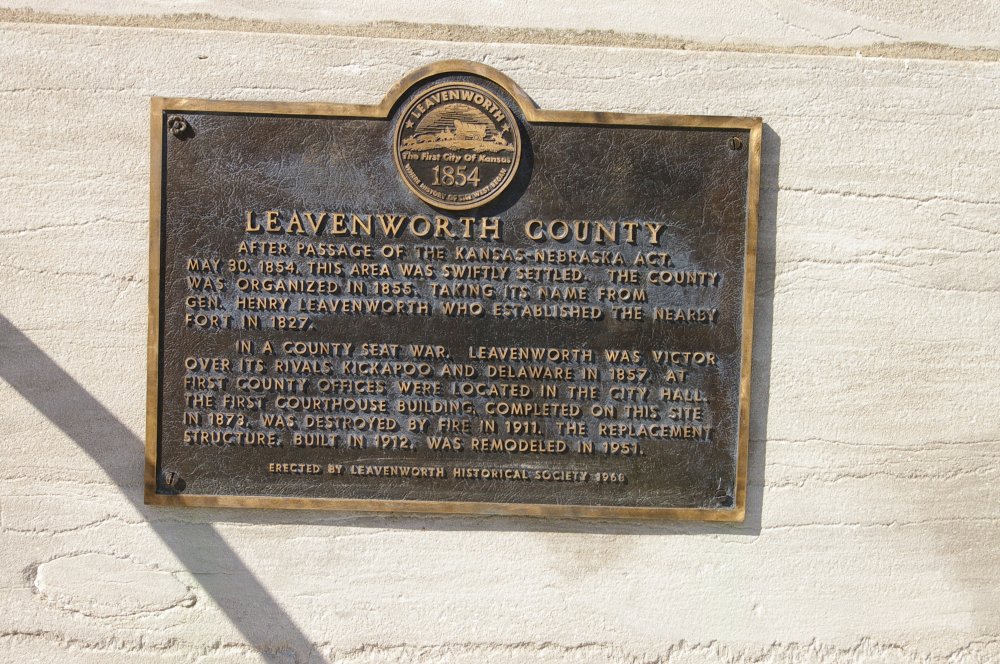 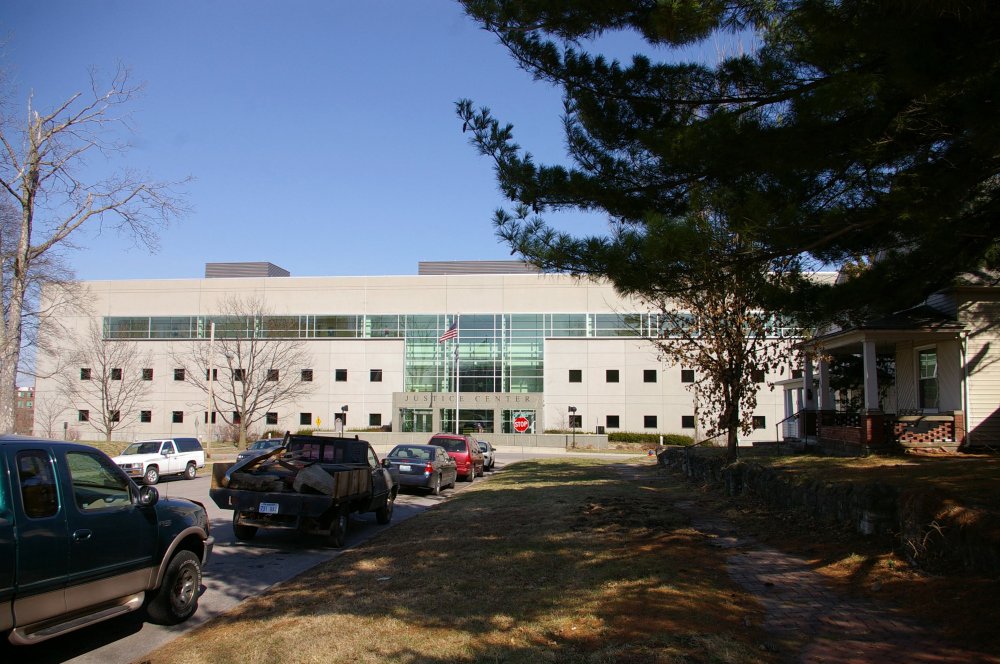 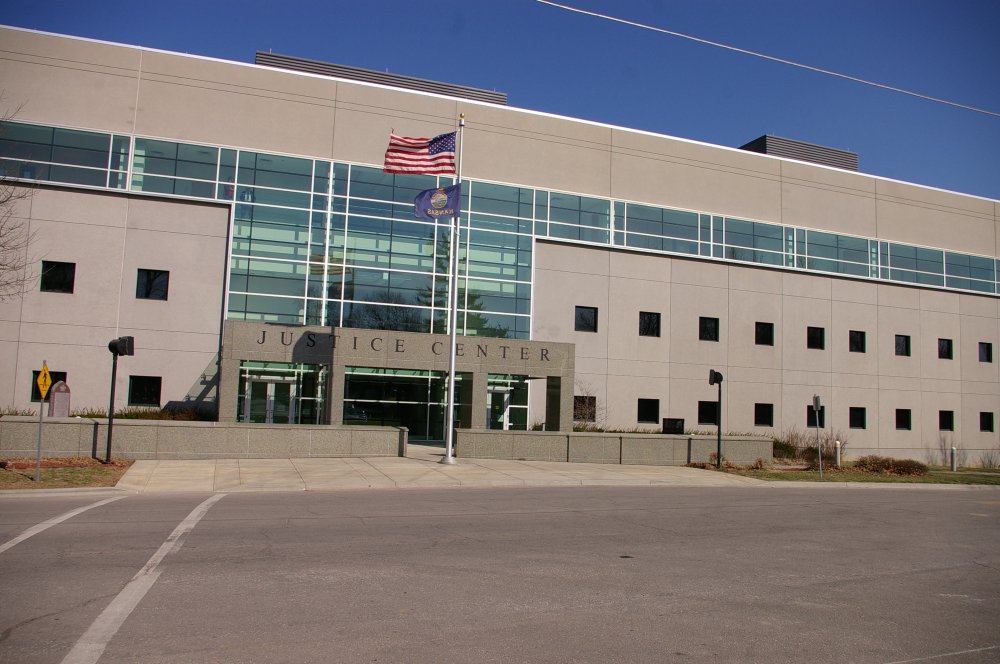 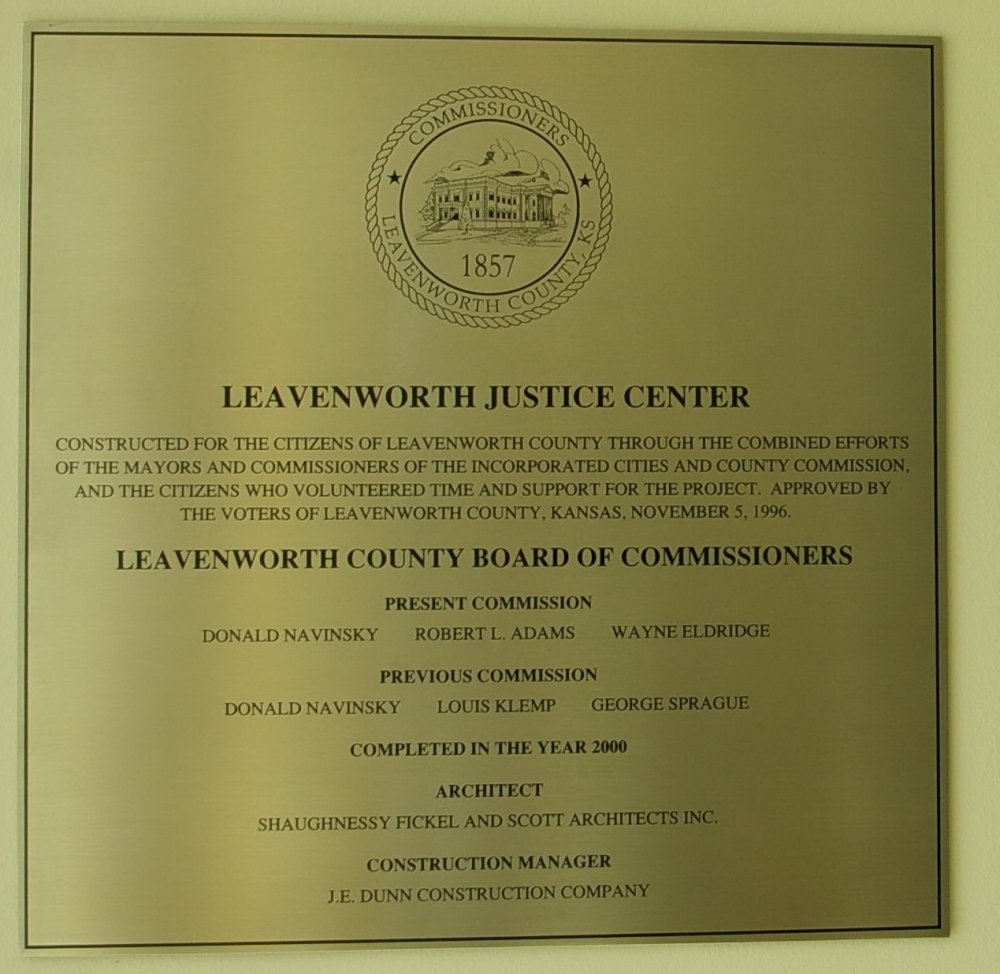