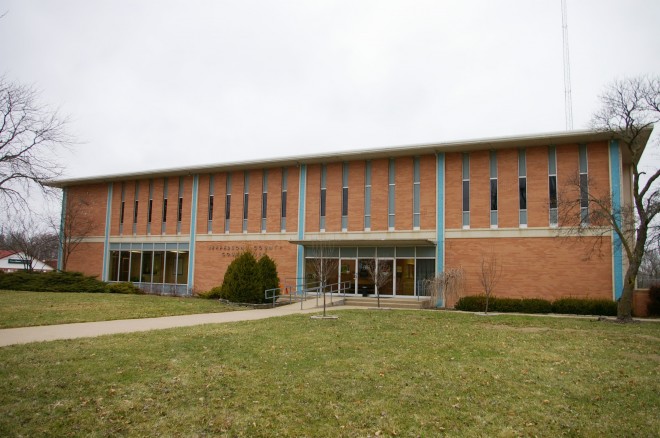 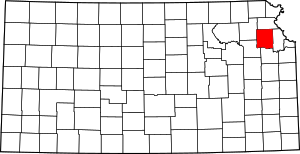 Architect:  Kiene and Bradley and Associates

Description:  The building faces south and is a two story red colored brick and concrete structure. The rectangular shaped building is located on the spacious landscaped grounds of the Courthouse Square in the center of Oskaloosa. The so9uth front has a central entrance on the first story with glass panels and small over hanging canopy. Six blue vertical pillars run along the building. A horizontal concrete band divides the first and second stories. The second story northwest corner of the building has a large, faceless clock. The roof line is flat. In the interior the corridors run east-west. The County District Court courtroom is located along the south side of the second story. There is a small courtroom located at the southeast corner of the second story. The building houses the County District Court of the 2nd Judicial District. The architect was Kiene and Bradley and Associates and the contractor was J A Lundgren & Sons. The building was remodeled in 1988. The architect was Ossmann & Associates of Topeka and the contractor was Tefft & Donaldson Contractors. 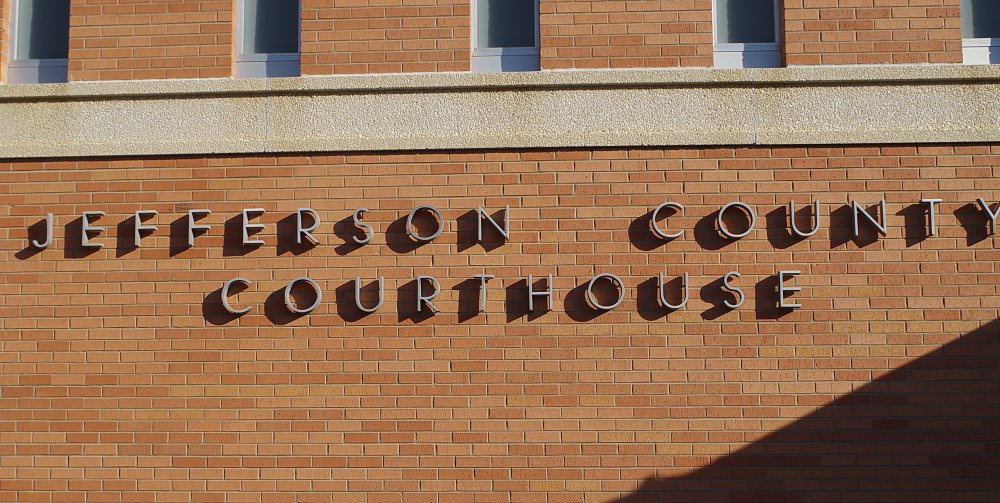 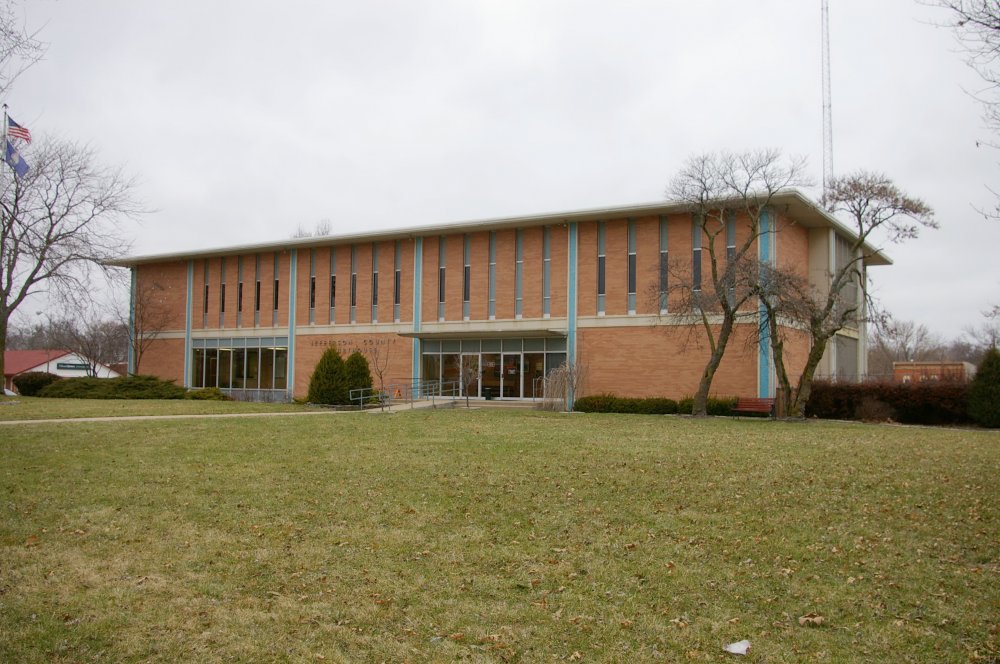 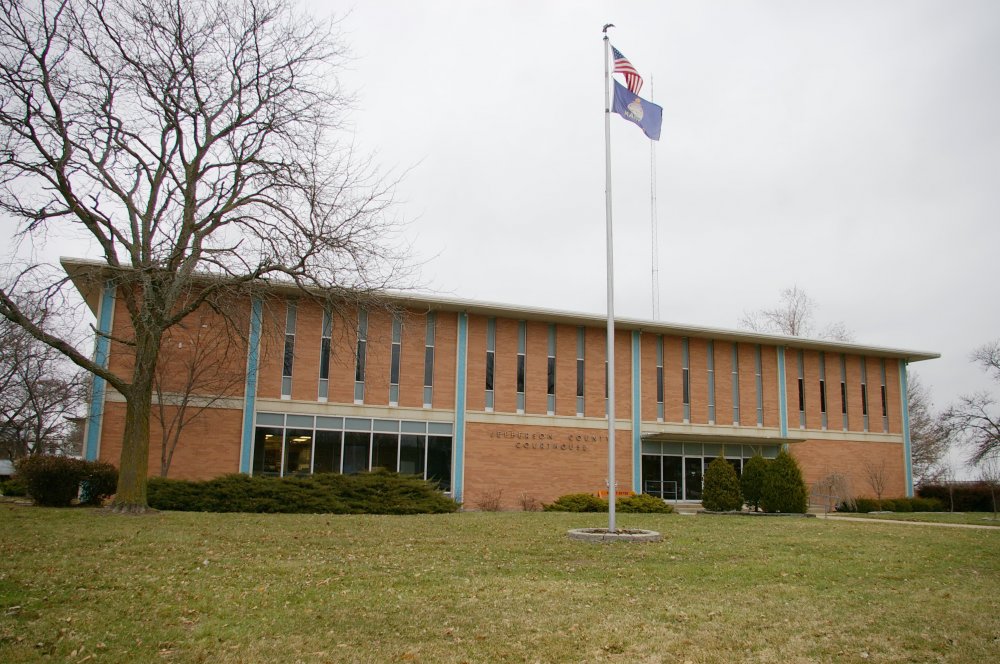 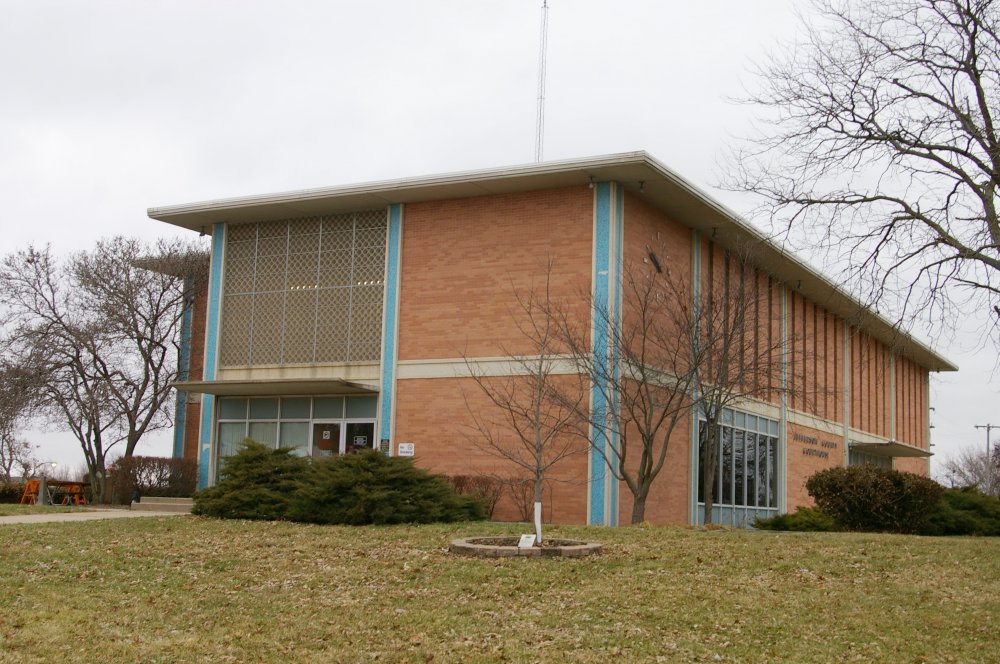 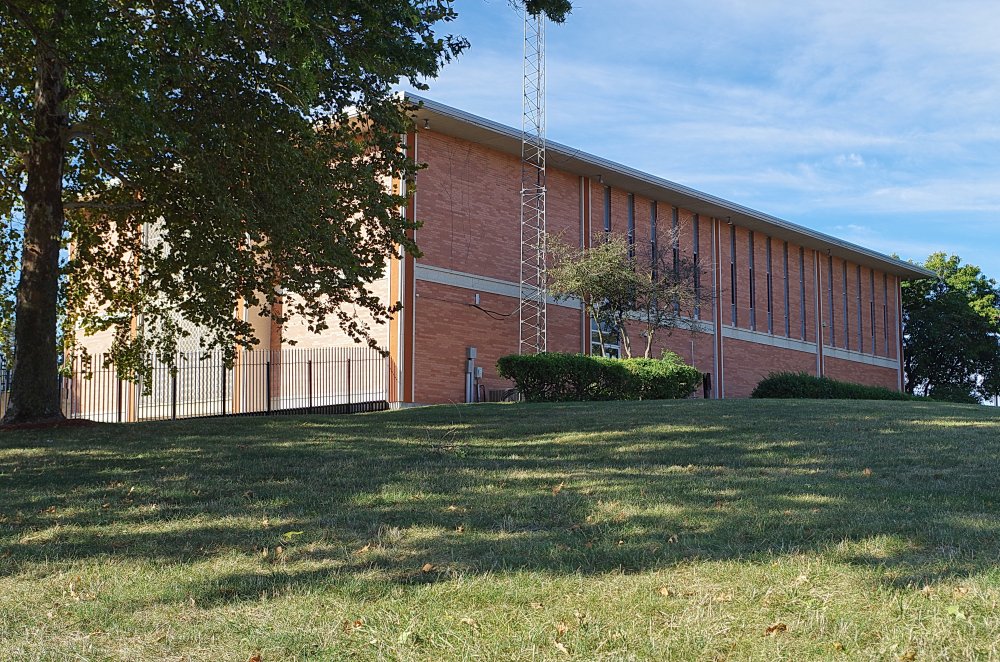 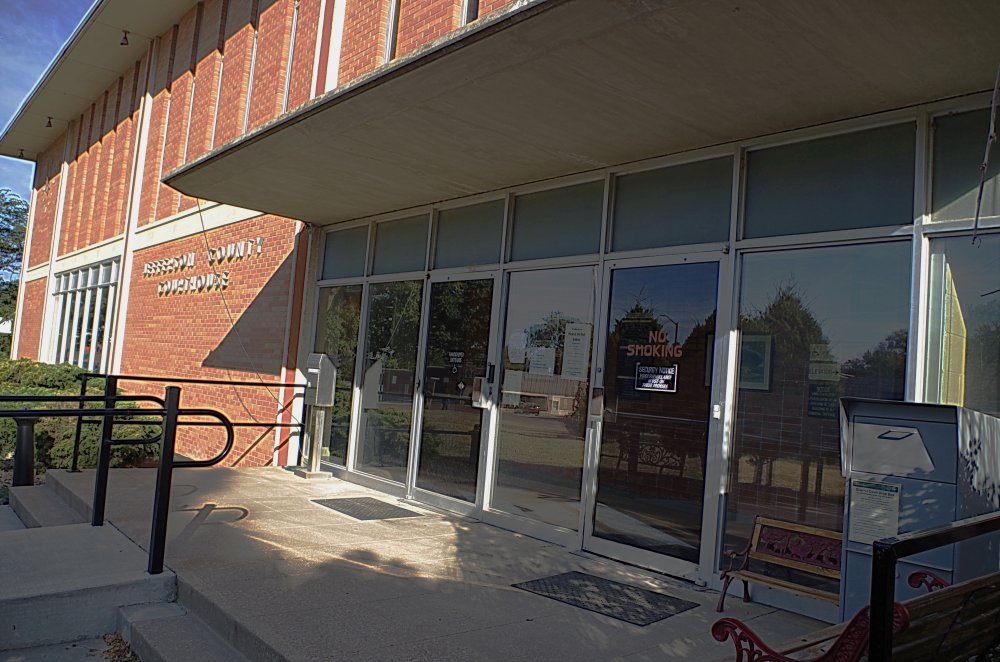 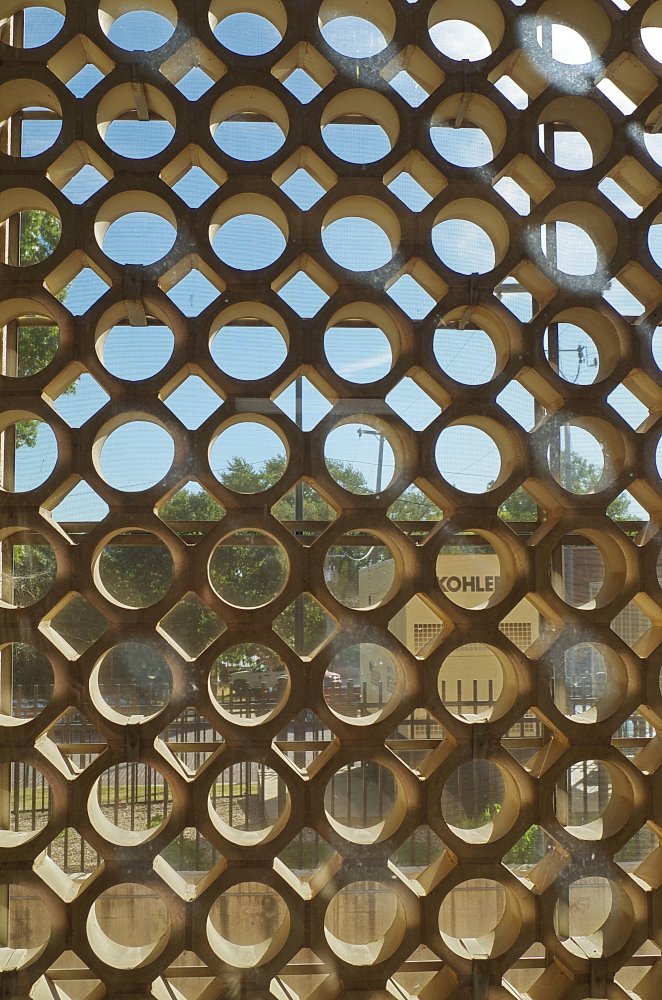 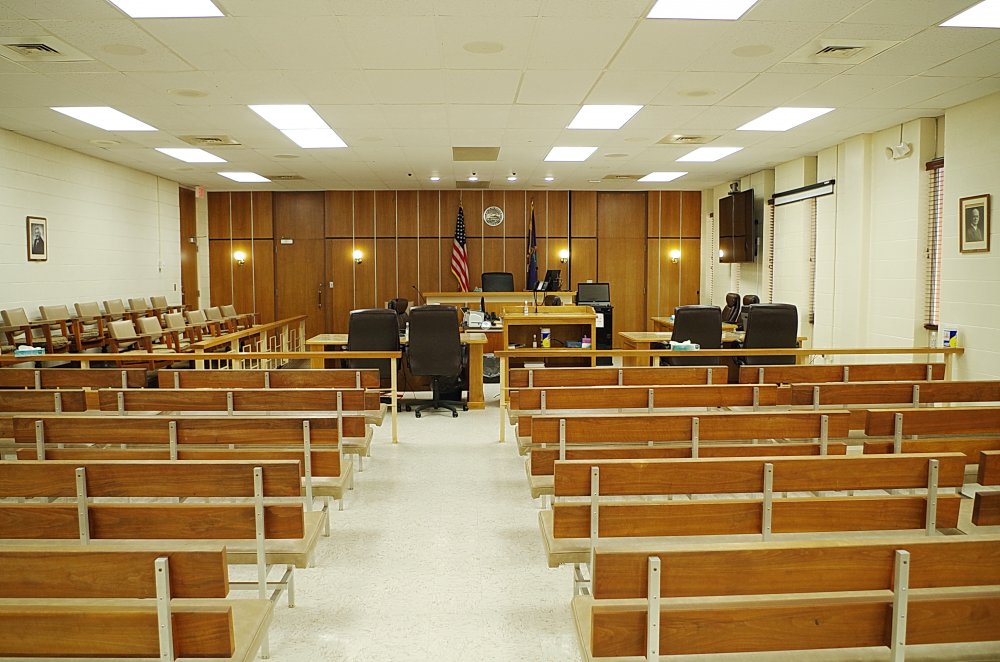