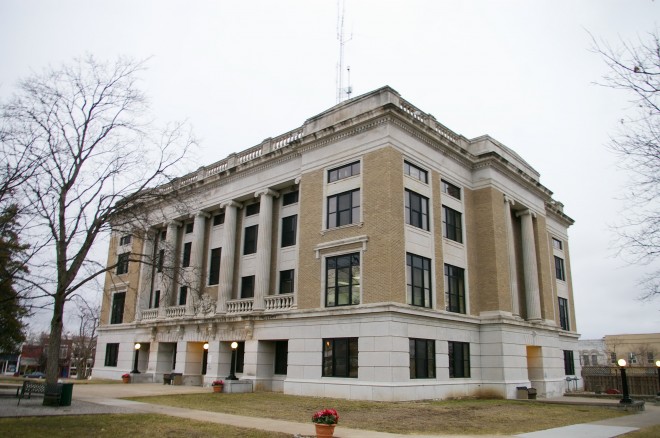 Description: The building faces west and is a three story buff colored brick, stone and concrete structure. The building is located on the spacious landscaped grounds of the Courthouse Square in the center of Holton. The west front has five rectangular openings with recessed entrance. Four large columns rise from the second story to the top of the third story with a wide header above. The north and south sides have two columns above a single rectangular opening. The first story has horizontal stone. There is a balustrade along the flat roof line. In the interior, the County District Court courtroom is located on the third story. The building houses the County District Court of the 2nd Judicial District.

Note:  During construction of the courthouse, only three men were injured, and two of them were the contractors themselves. James Cuthbert, the elder, fell from the roof to the court house floor, and his son fell fifteen feet from a scaffold while working on the outside of the building. ( credit – Jackson County Historical Society )

History:  The county was created in 1855 and Holton was selected as the county seat. The county name was originally Calhoun County, but with the beginning of the Civil War, the name was changed to Jackson County. The county used rented premises until the first courthouse, a two story structure was designed by John S McKeen and built by Joseph Hockam, Amos A Fenn, Nan Liddell and John S Anderson in 18771 to 1872. The second and present courthouse was constructed in 1920 to 1921 at a cost of $111,875. 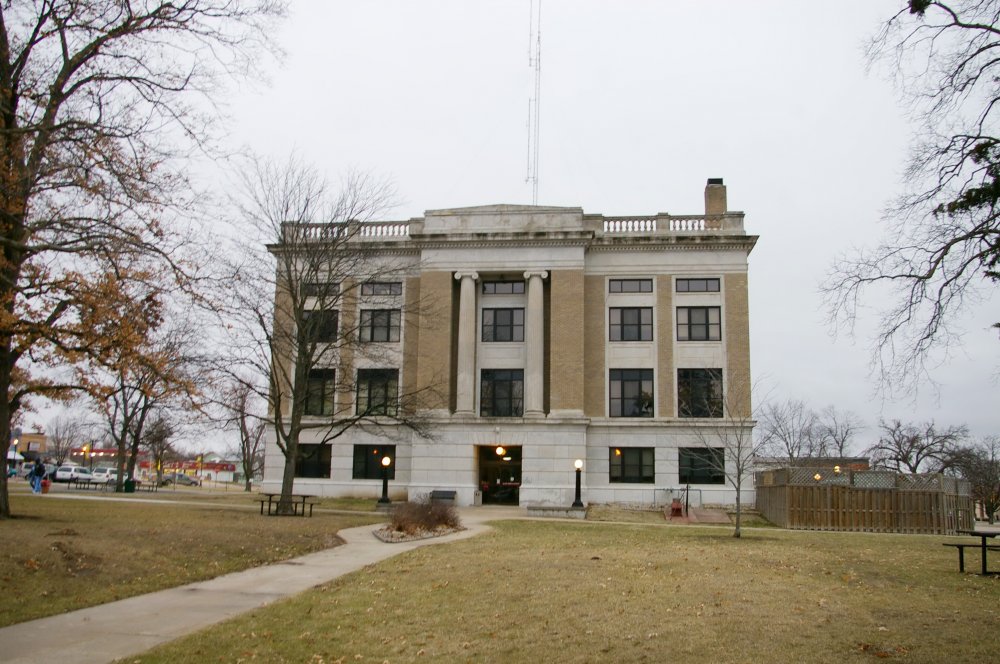 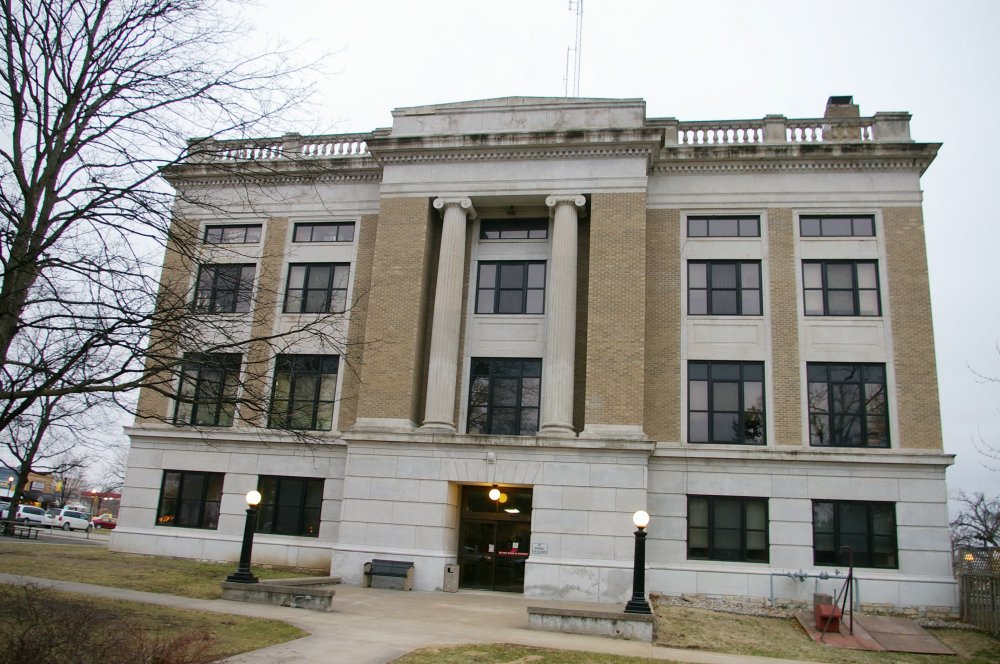 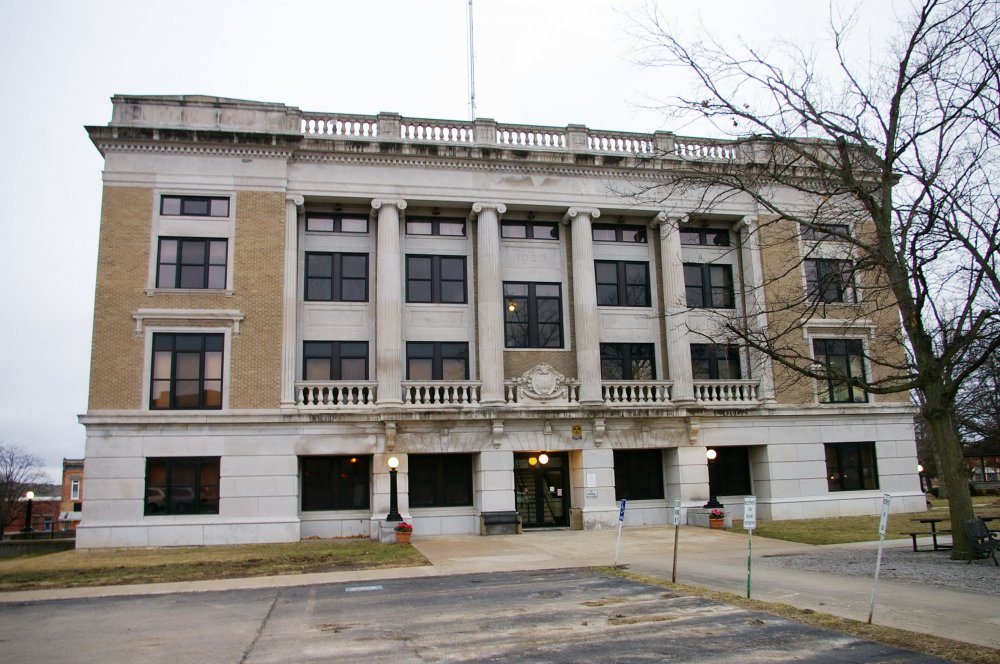 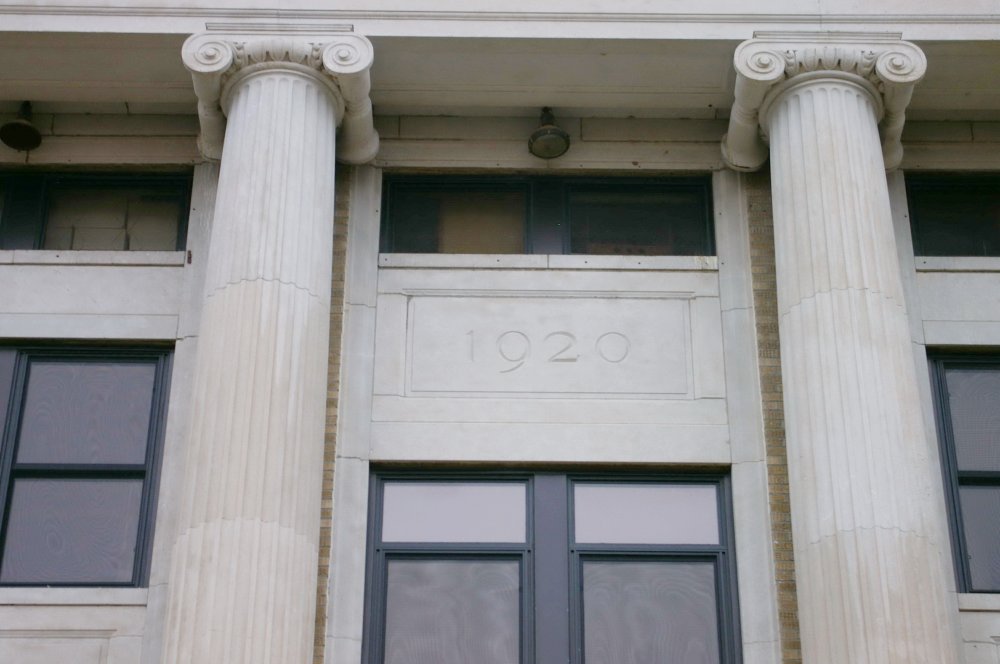 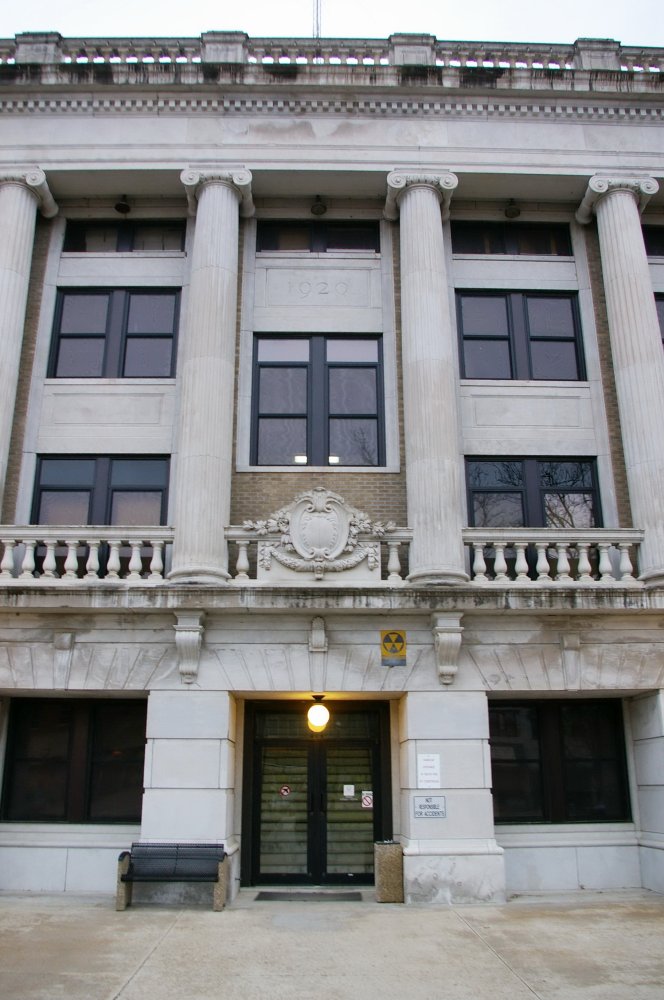 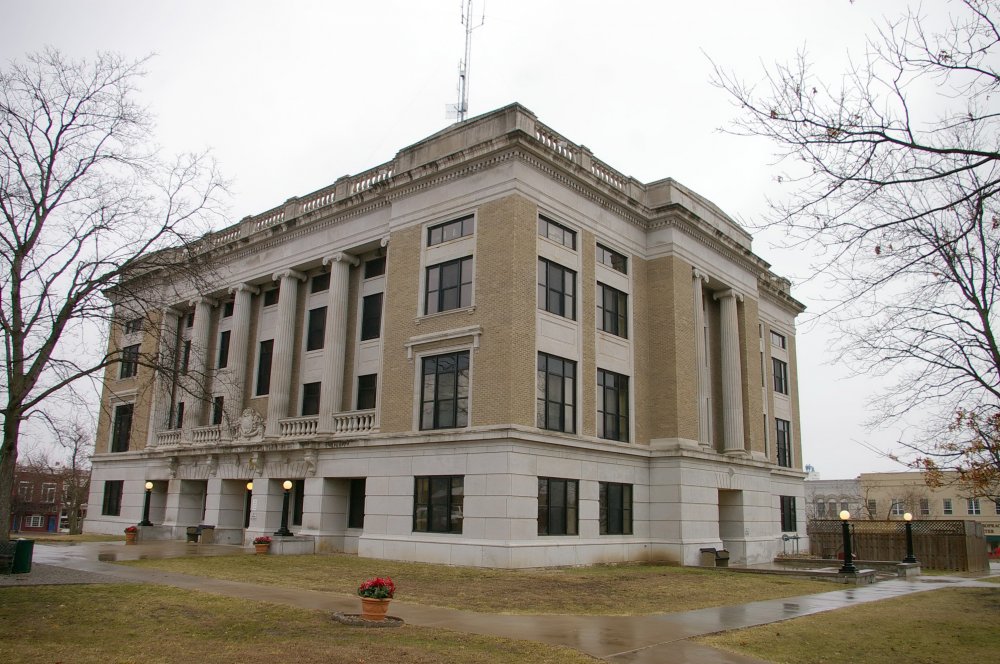 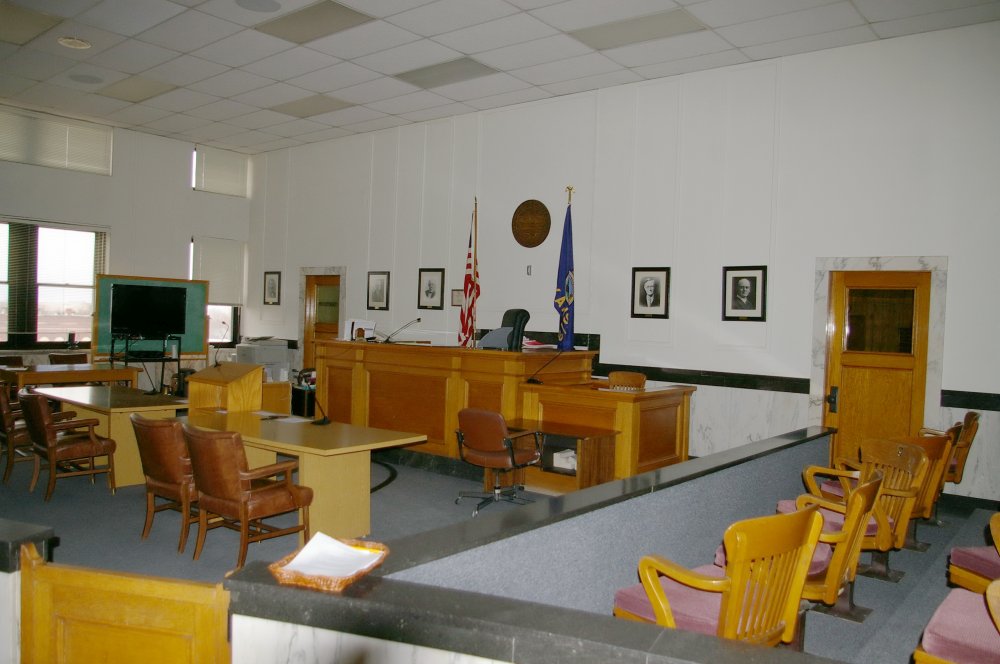 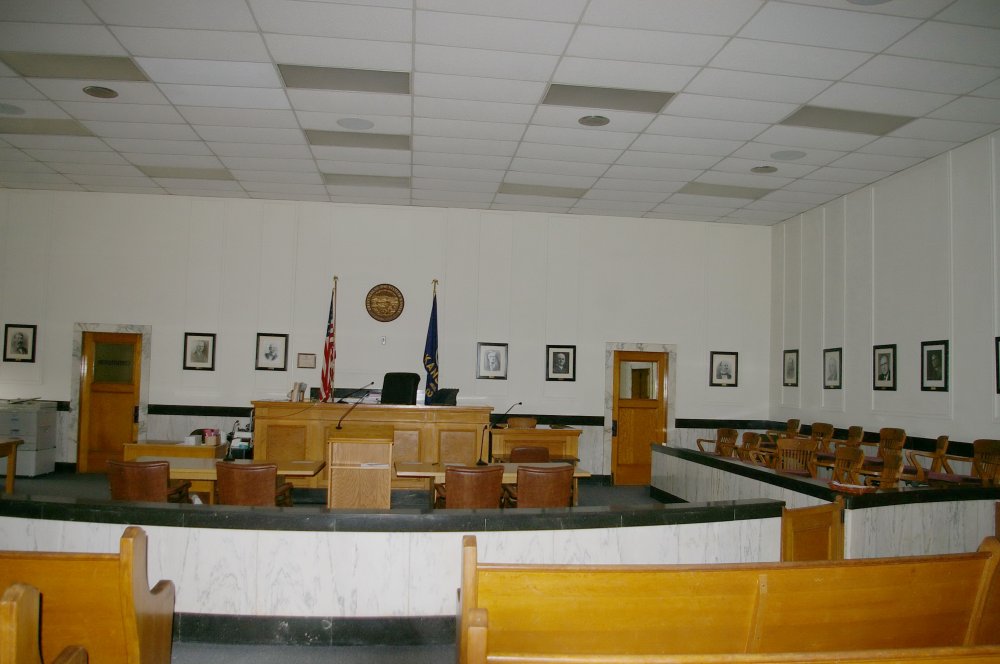 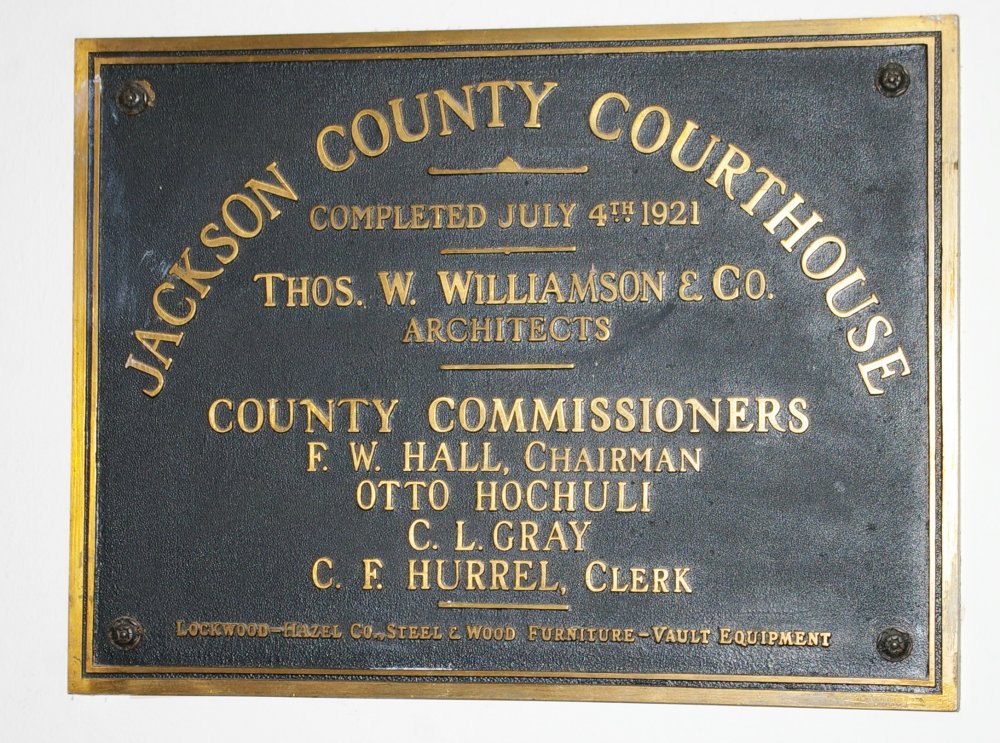