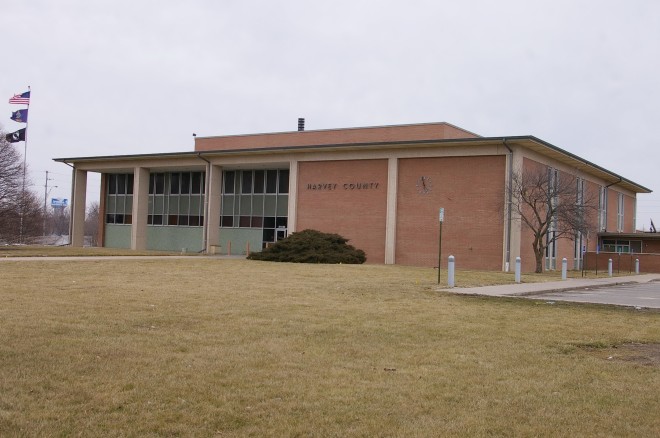 Harvey County is named for James M Harvey, who was a Governor of the State of Kansas and a United States Senator. 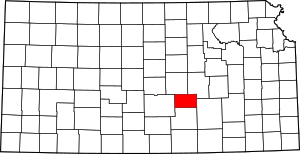 Description:  The building faces west and is a two story red colored brick and concrete structure. The building is located on landscaped grounds in the center of Newton. The west front has vertical concrete dividers with red brick on the south two sections and glass on the north three sections. The roof line is flat. The building houses the County District Court of the 9th Judicial District. 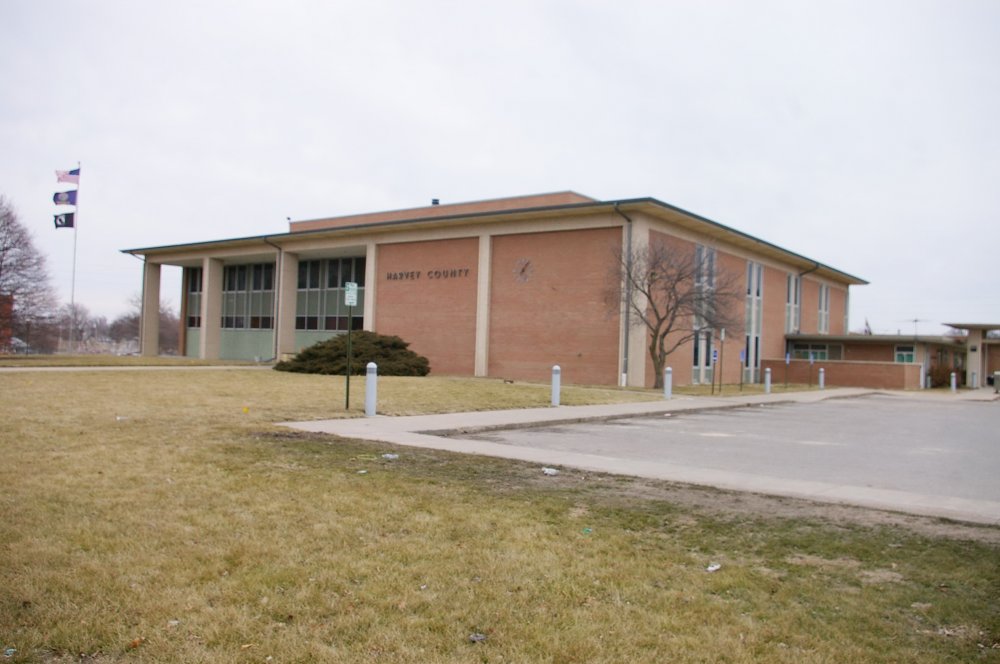 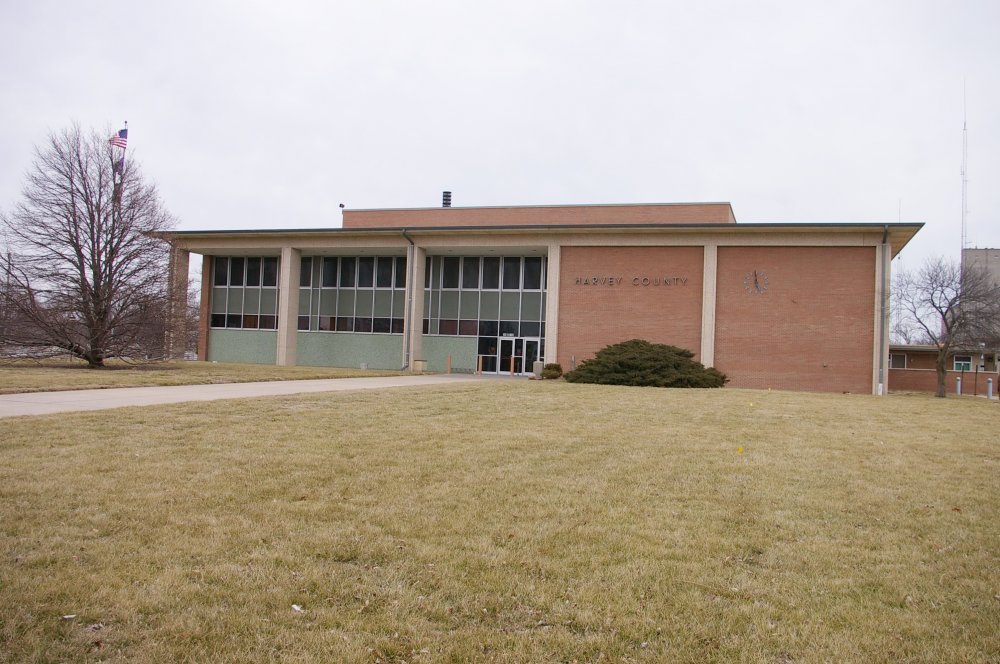 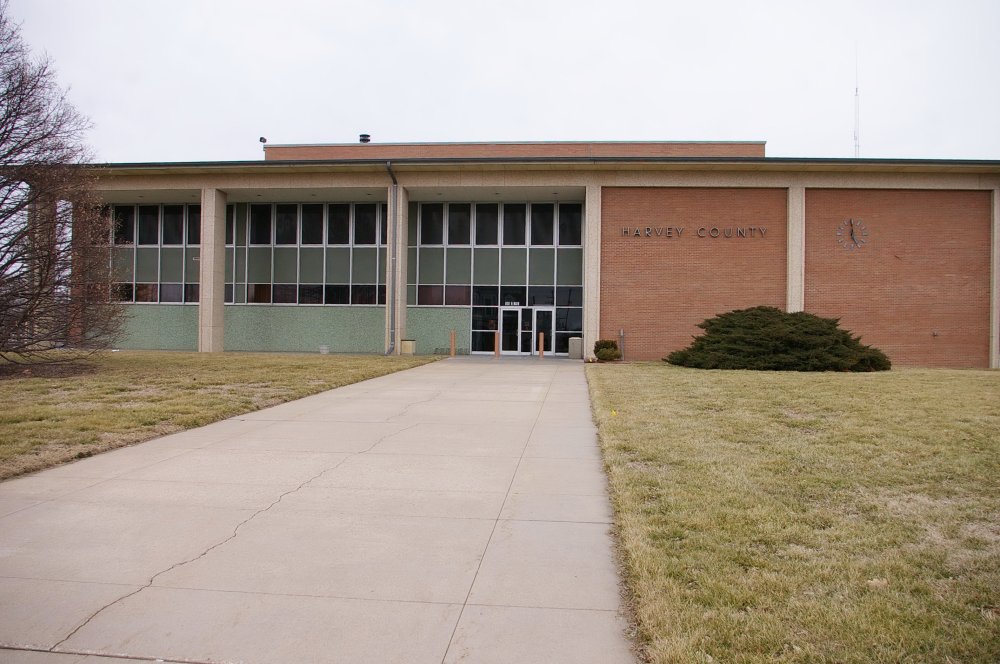 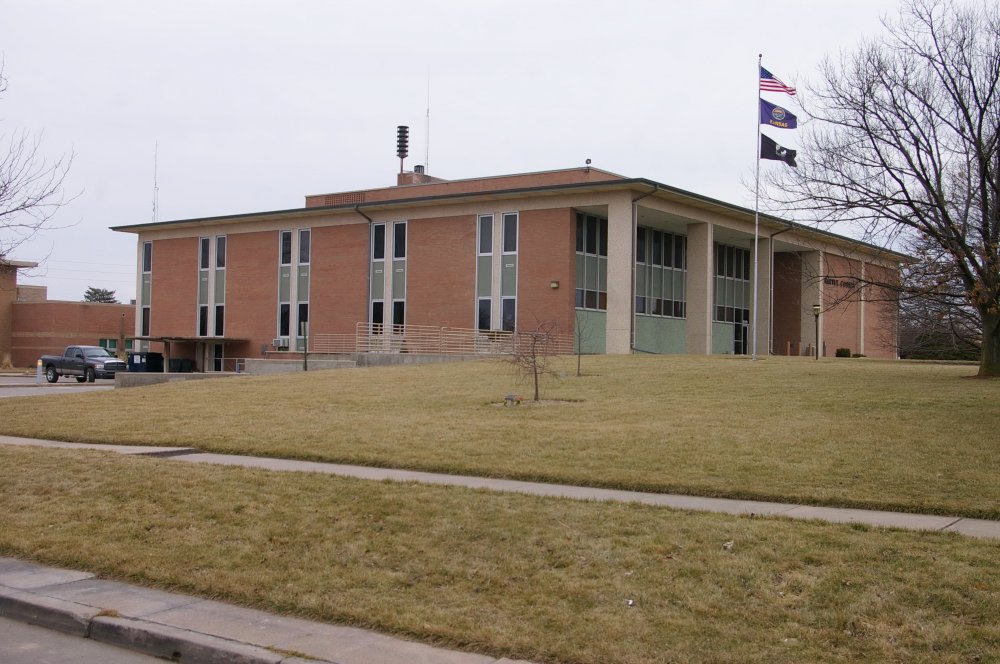 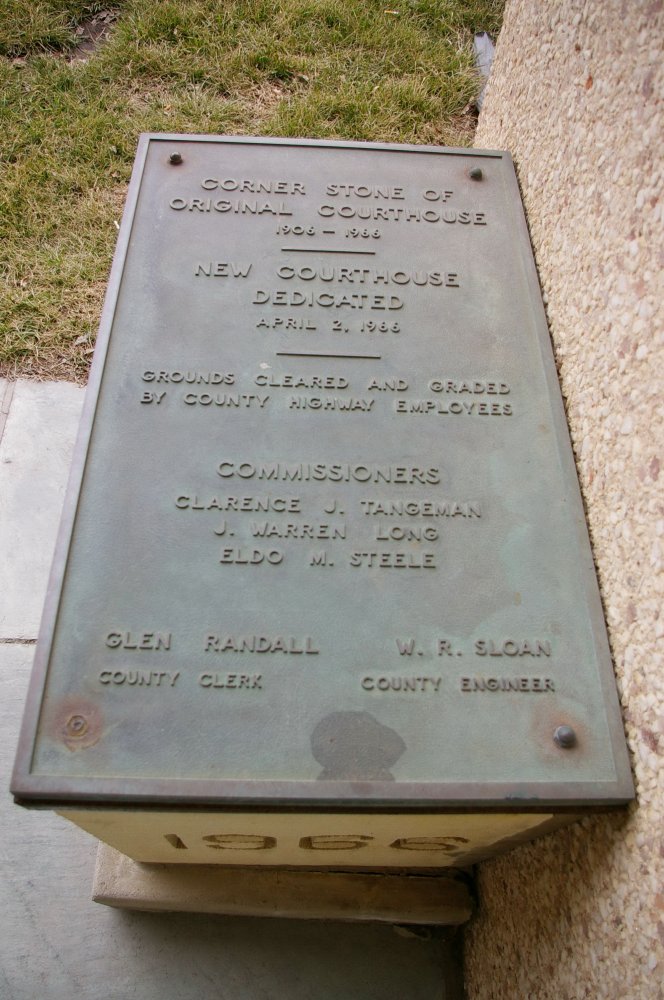 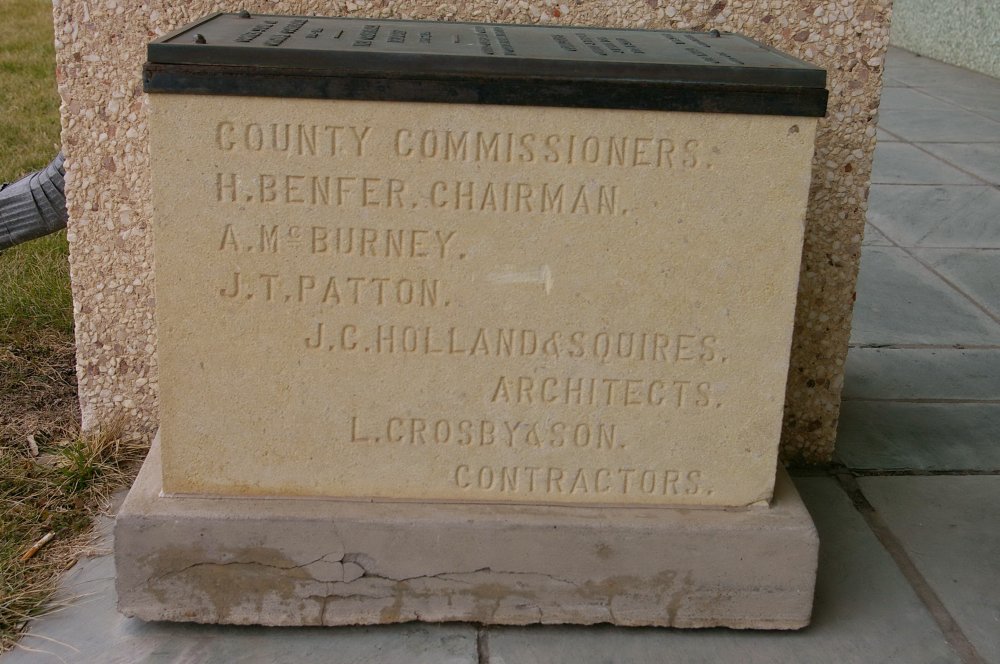 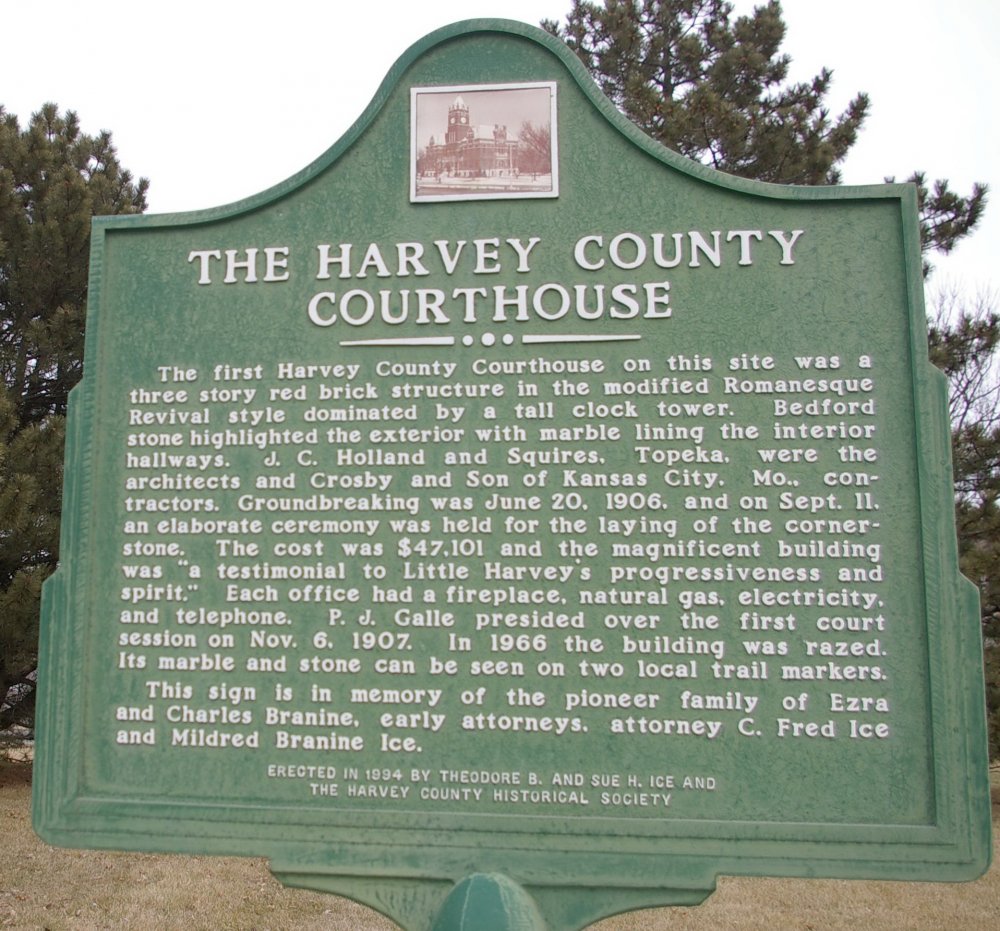 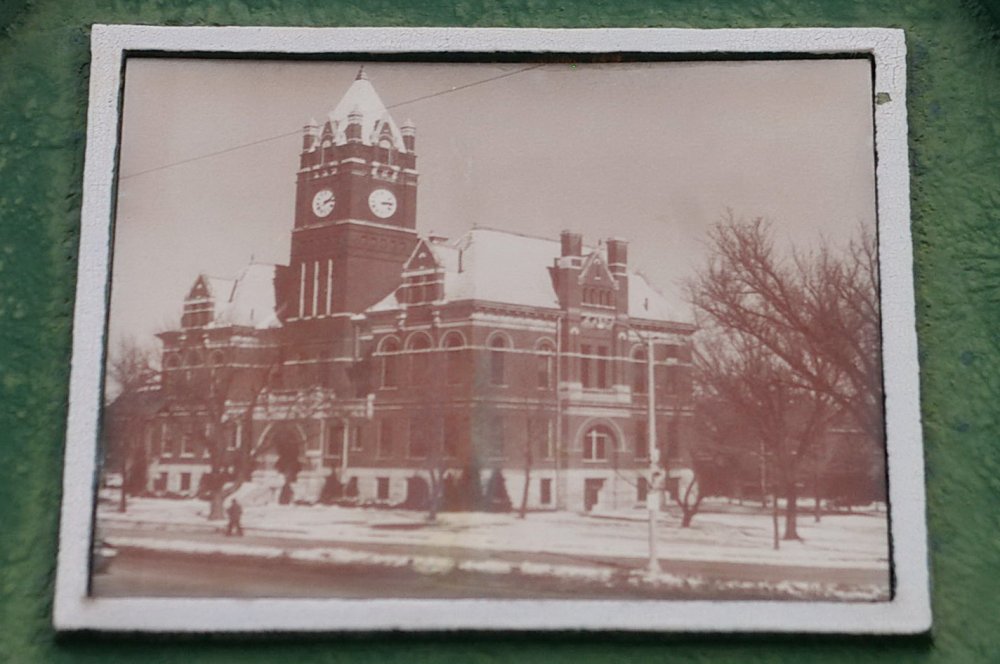