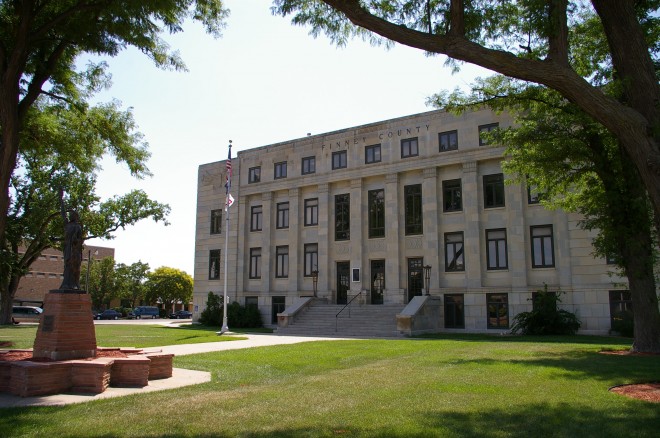 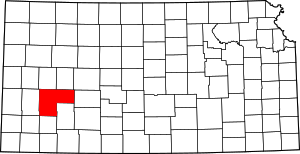 Description: The building faces east and is a four story limestone structure. The rectangular shaped building is located on spacious landscaped grounds in the center of Garden City. The building has a raised basement with the entrance on the second story. The center section rises slightly above the north and south wings. There are three entrance doors with three long windows above the entrance. Vertical brick pilasters rise to the top of the third story and run between the windows. Along the fourth floor are small windows. The roof line is flat. In the interior, there is a wide central staircase. There are six County District Court courtrooms with large courtrooms on the west side of the second and third stories and two small courtrooms on the second and third stories. The building houses the County District Court of the 25th Judicial District.

History:  The county was created in 1883 and Garden City was selected as the county seat. In 1884, and the county was attached to Ford County for judicial purposes. The first courthouse was built in 1 October 1885 at the present site. The second courthouse a building located at 113 South Main Street which was occupied by the county in 1902. The third and present courthouse was constructed in 1928 to 1929. 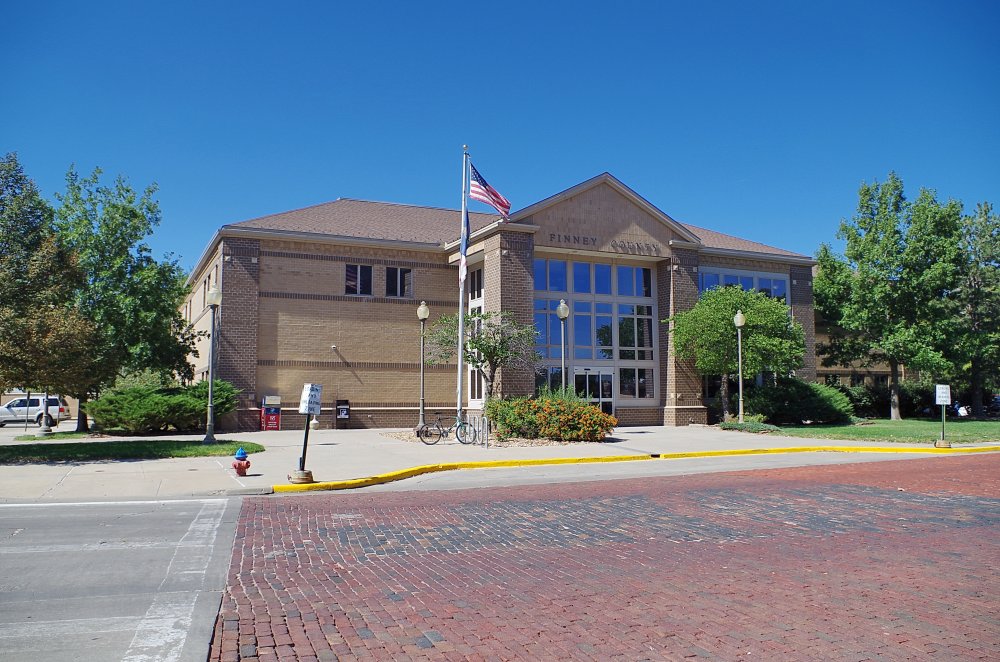 Description: The building faces east and is a two story buff colored brick, concrete and glass structure. The building is located on landscaped grounds in the center of Garden City to the south of the courthouse. The east front has a projecting center section with recessed glass walls. The roof is hipped. 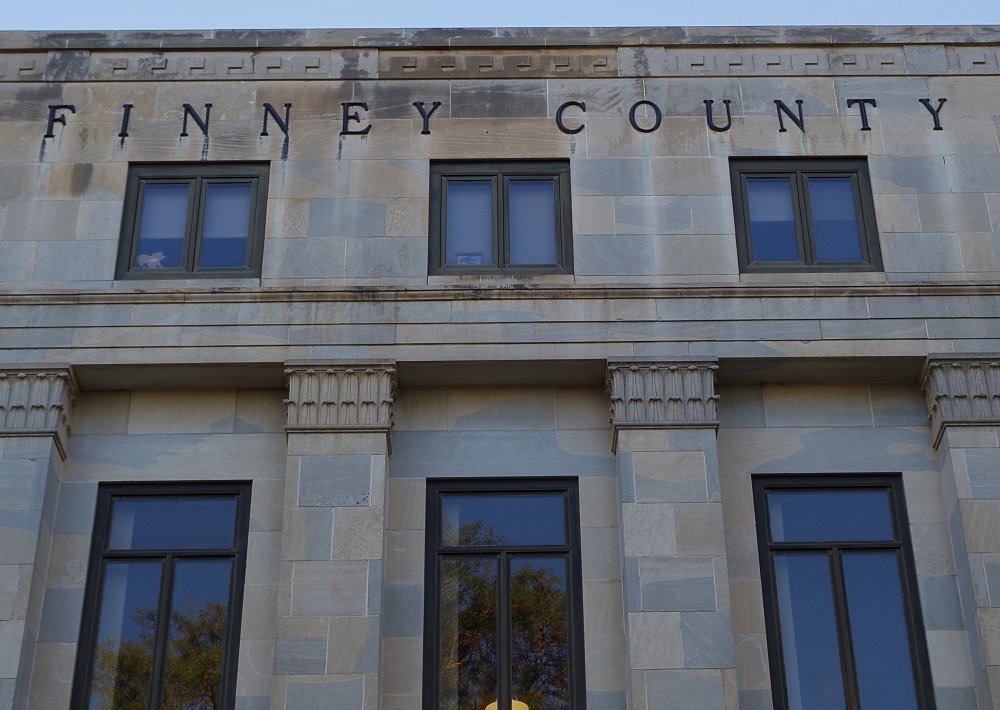 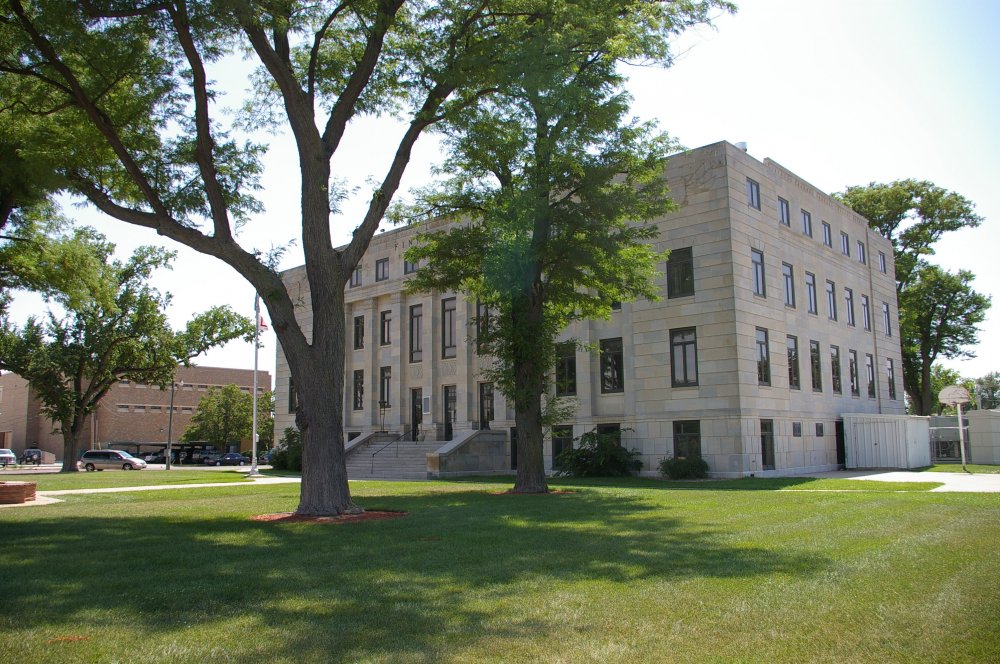 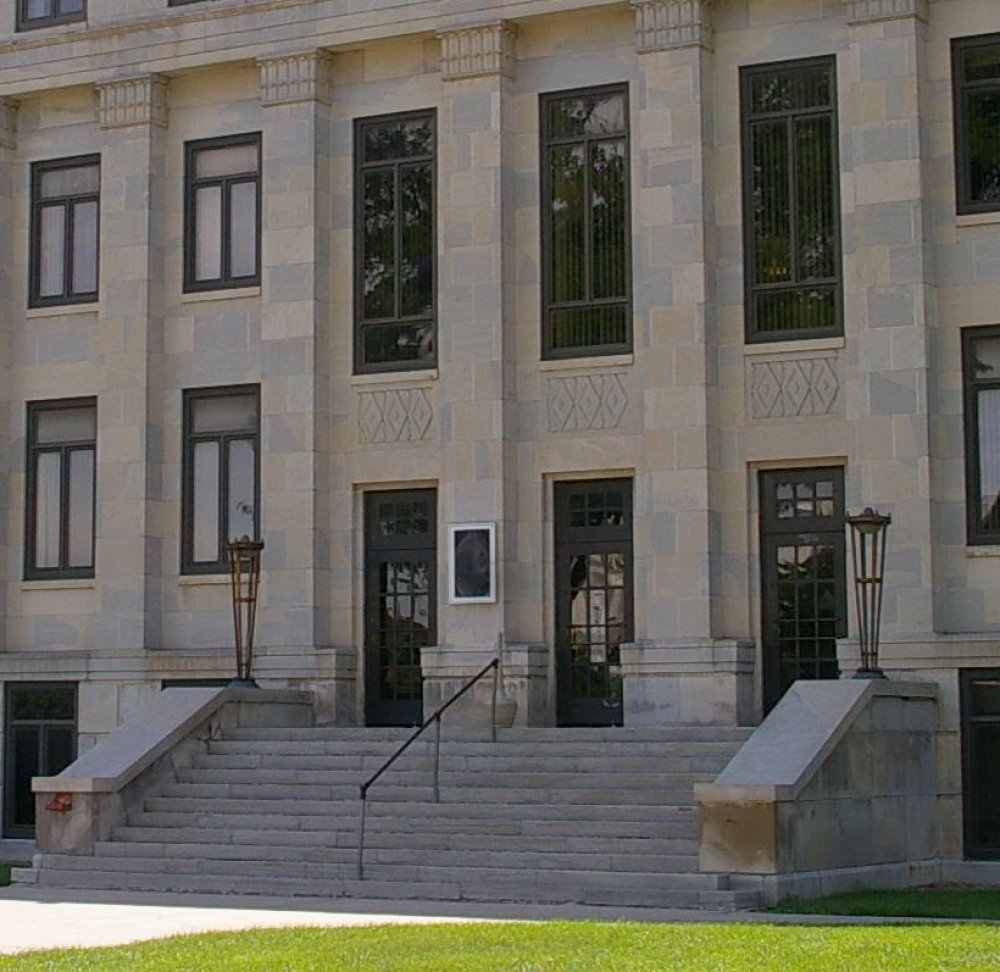 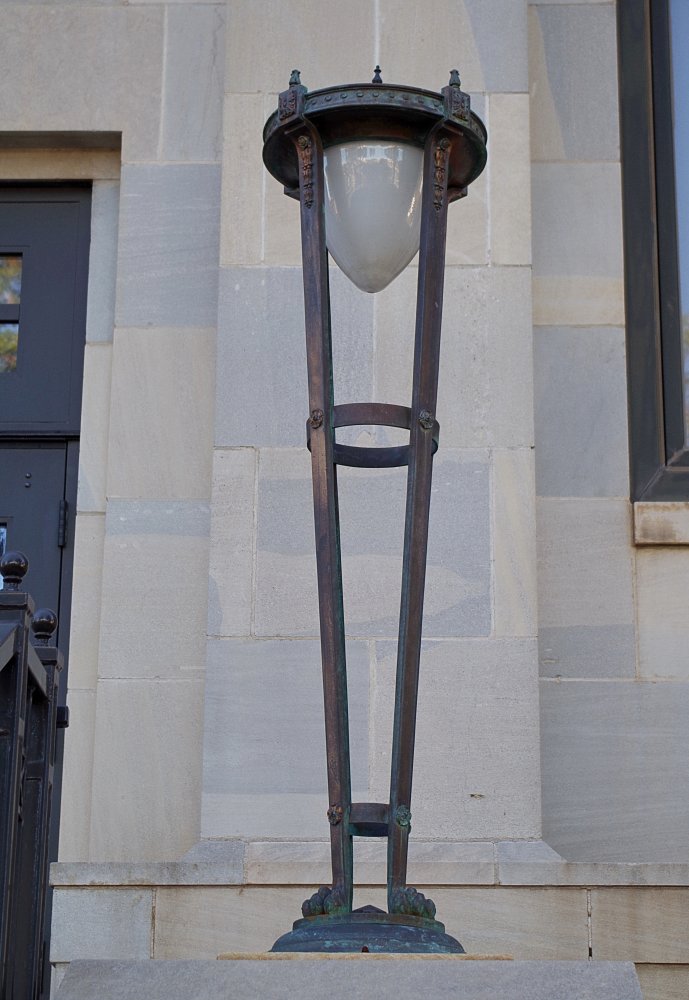 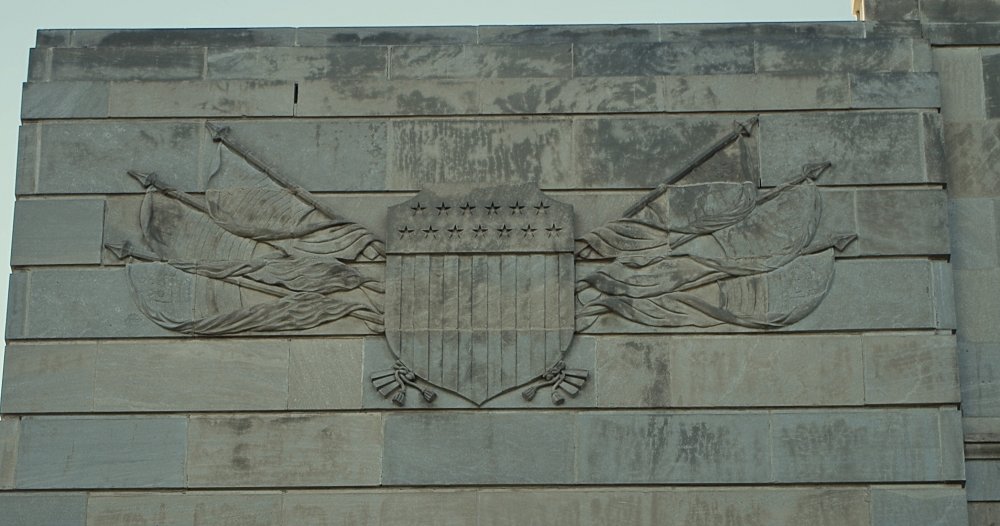 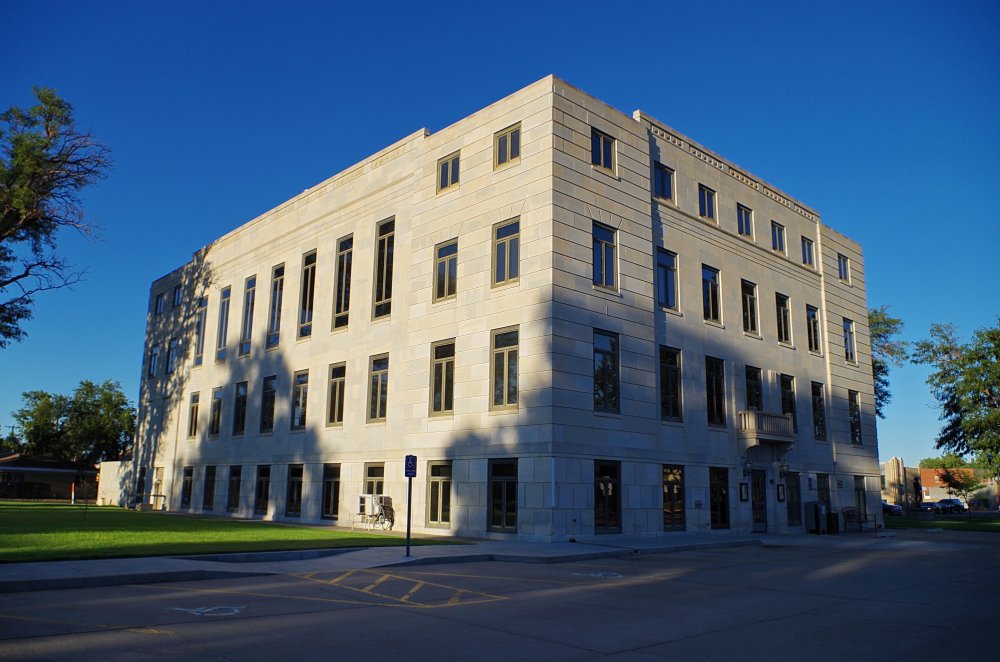 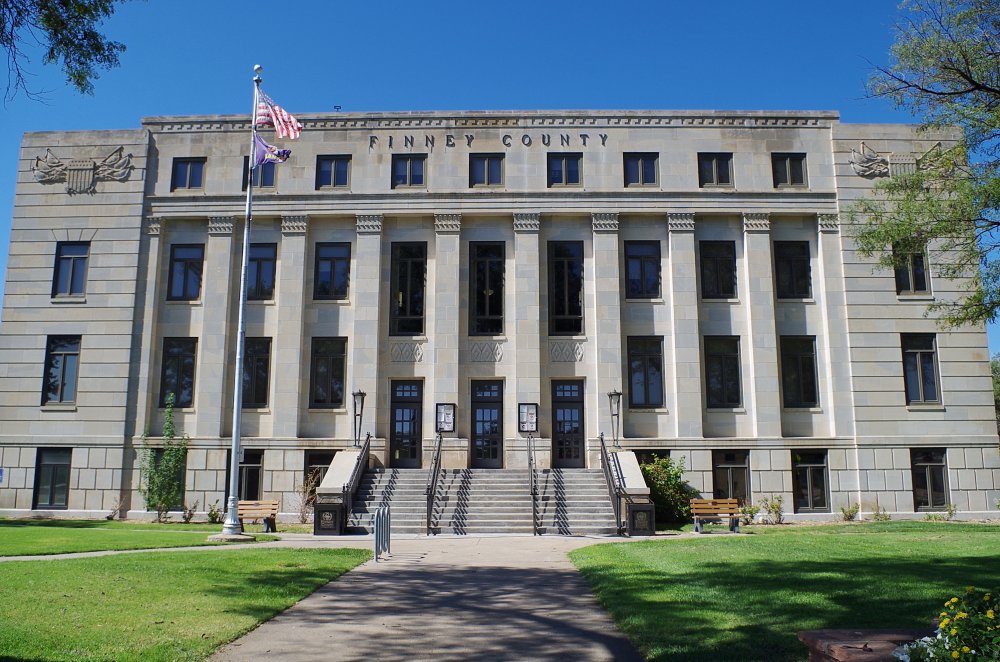 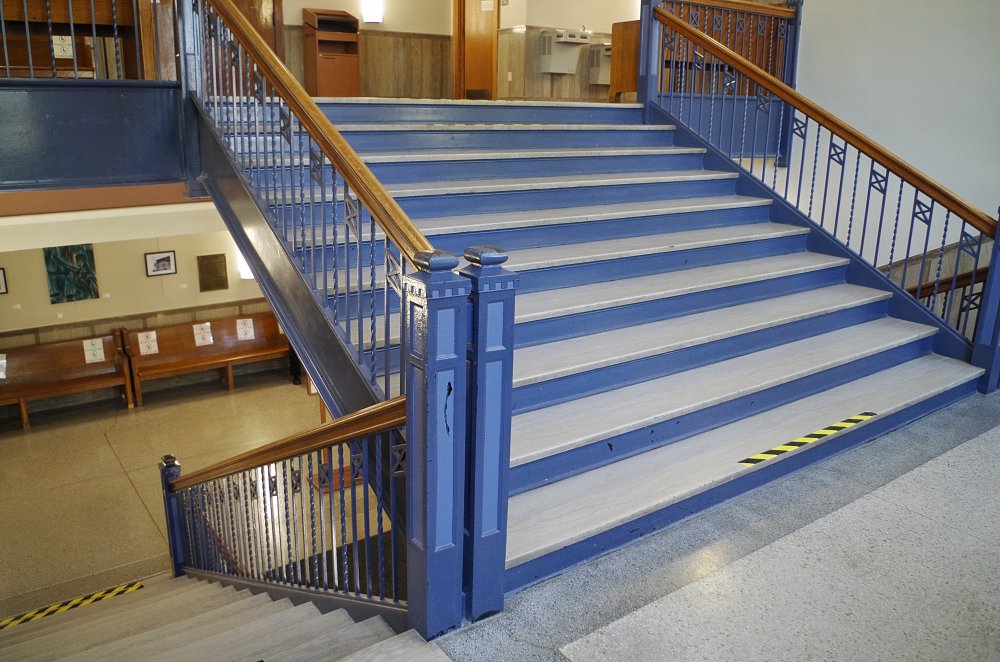 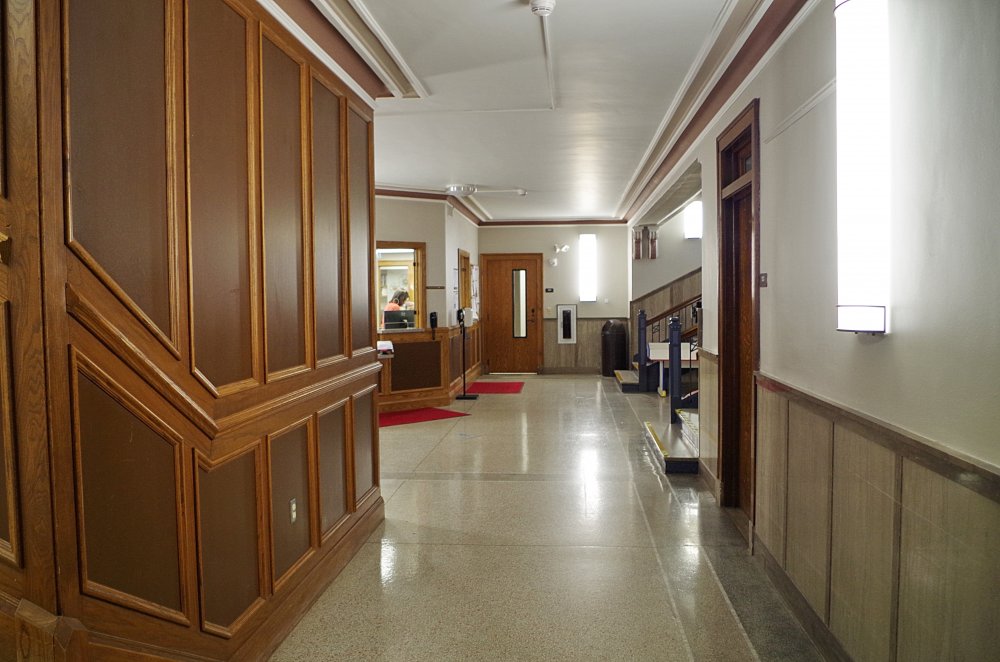 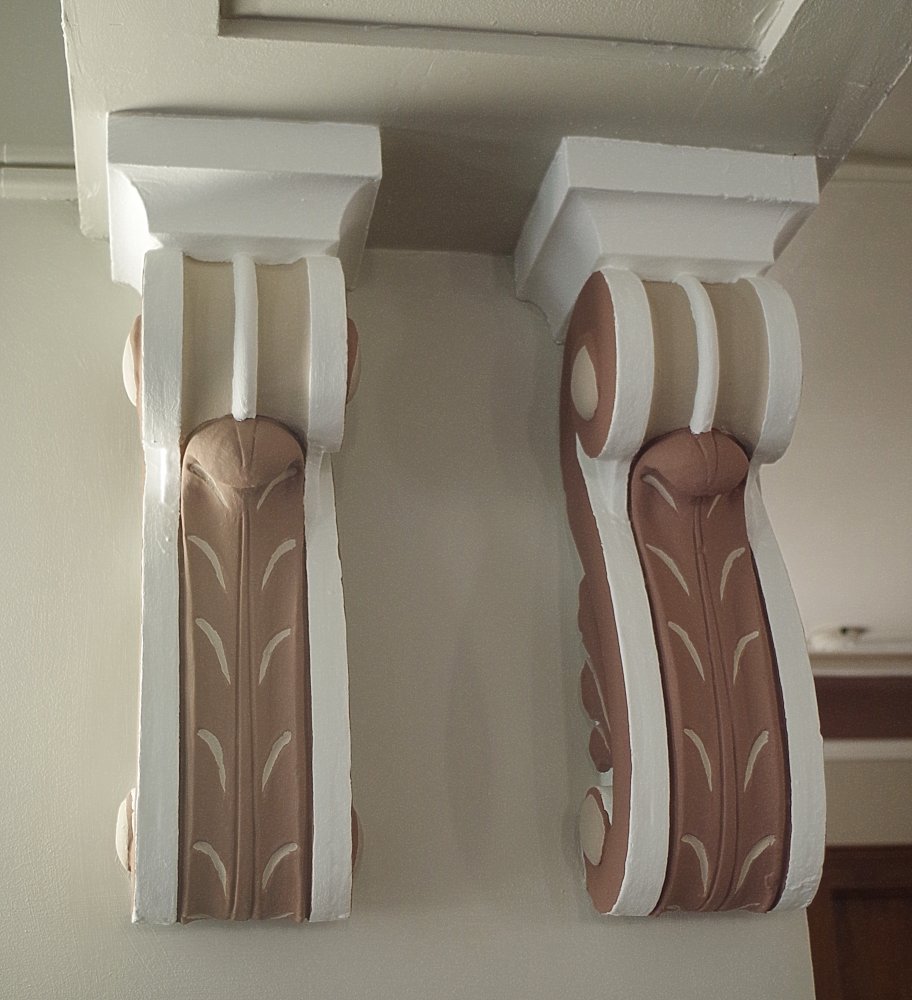 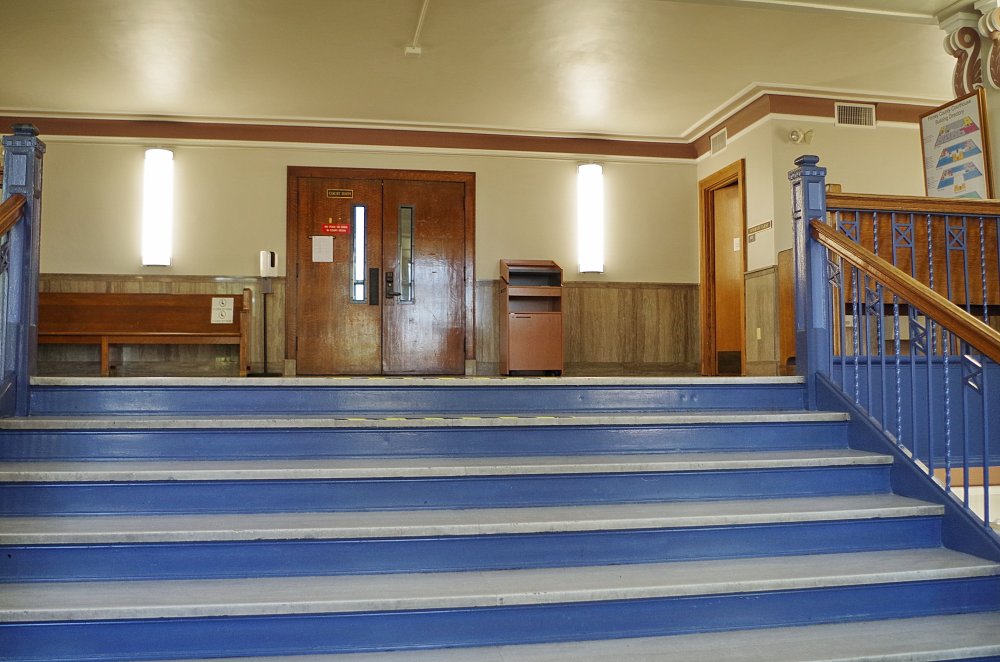 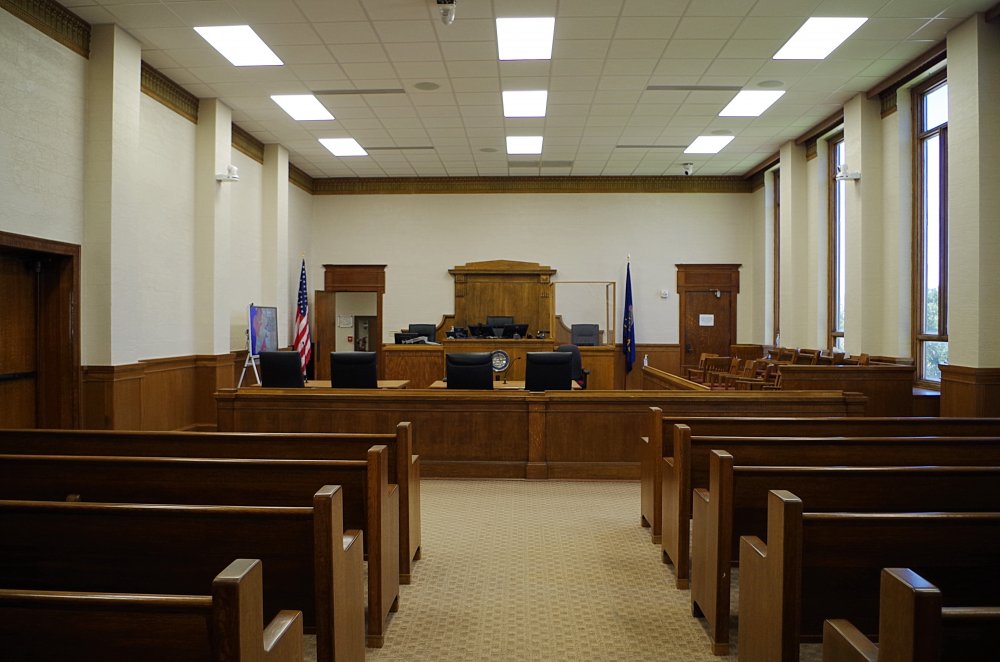 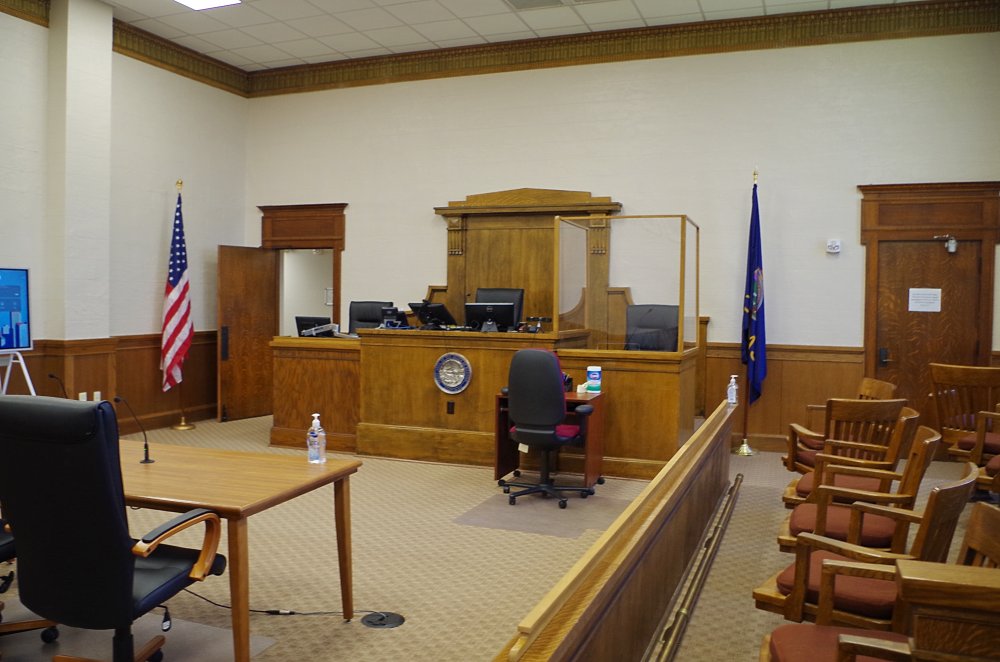 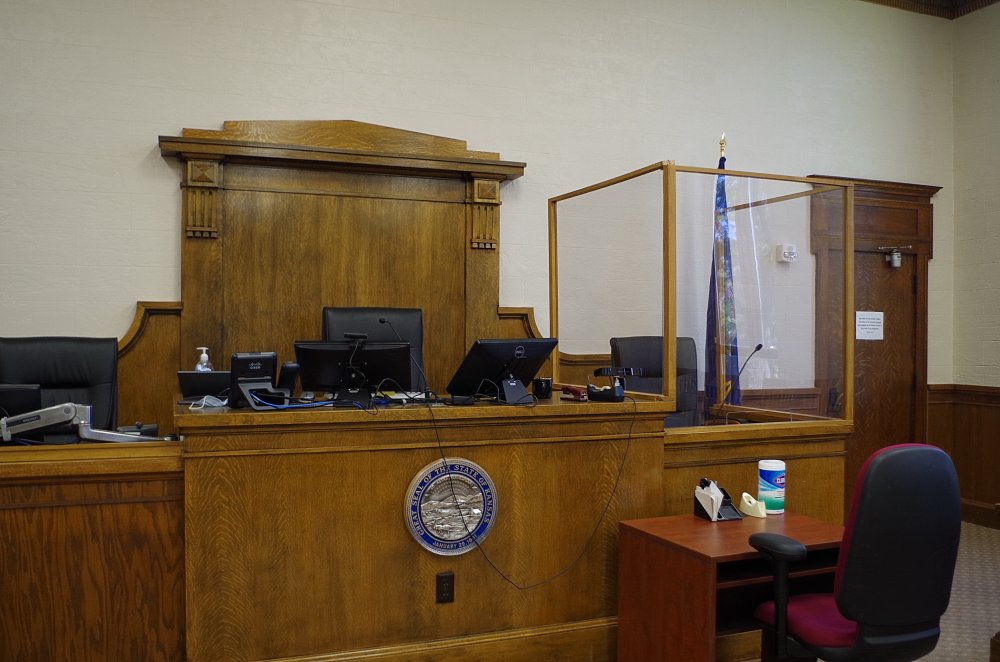 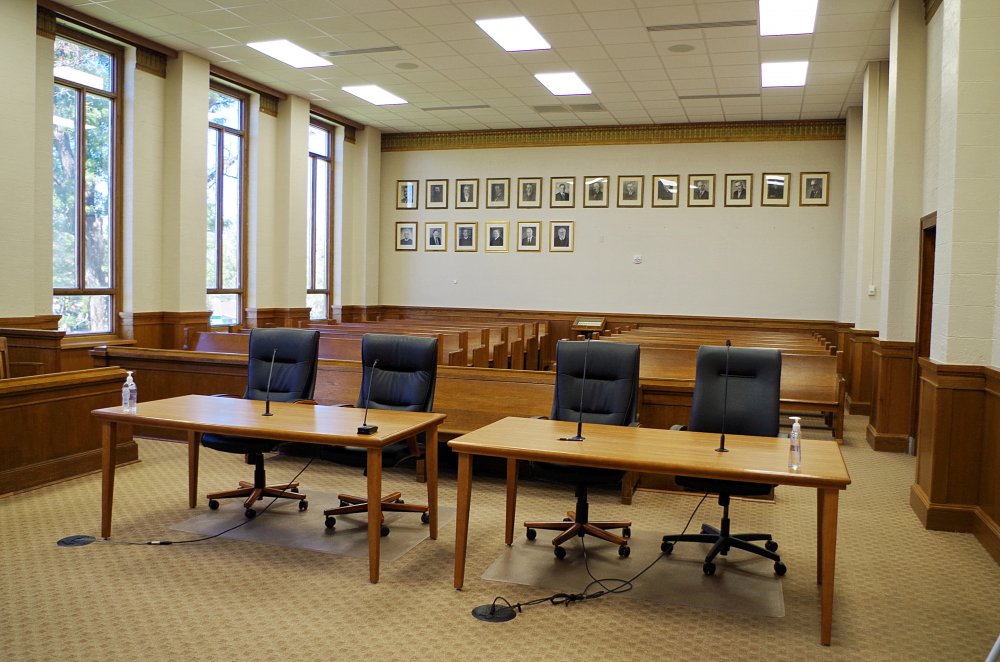 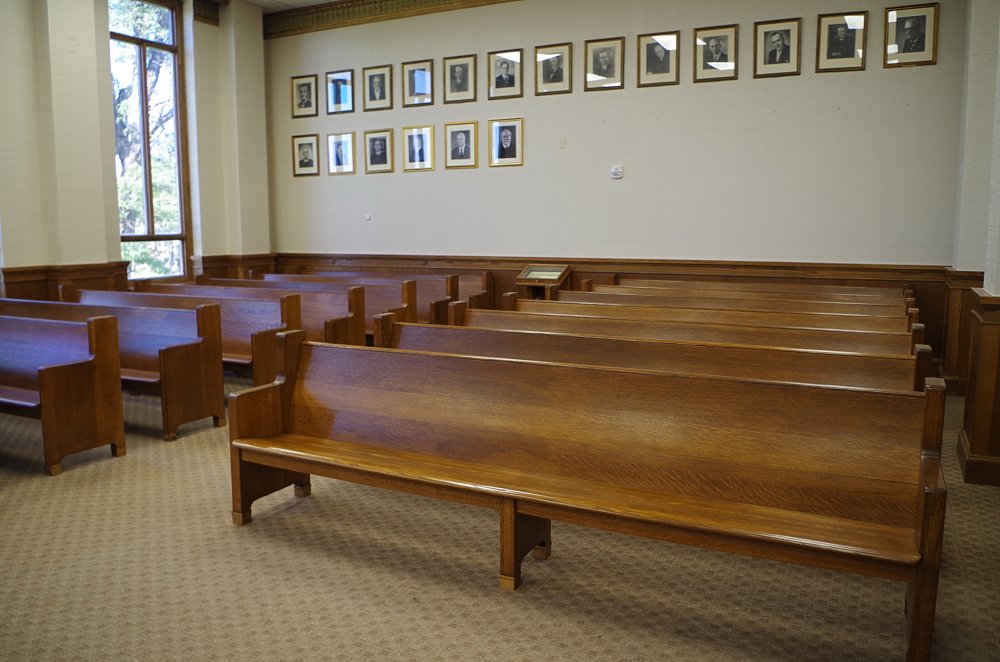 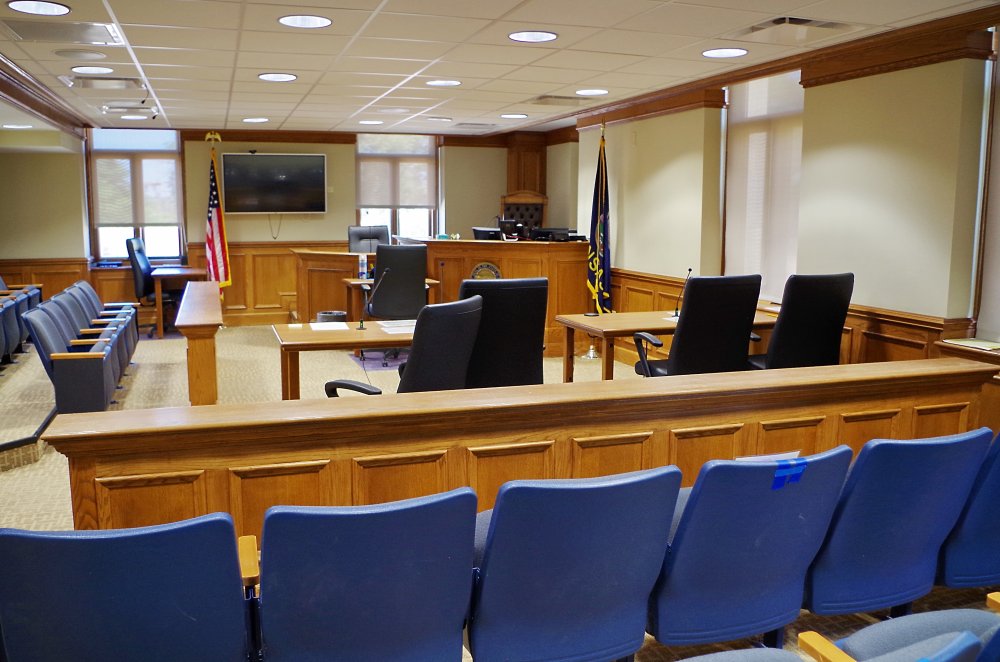 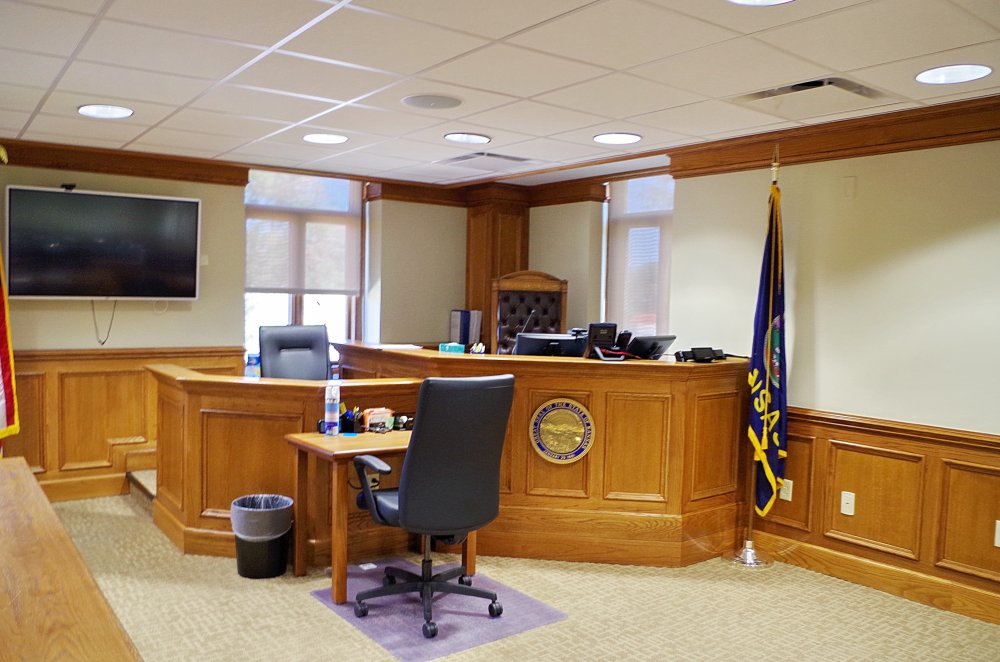