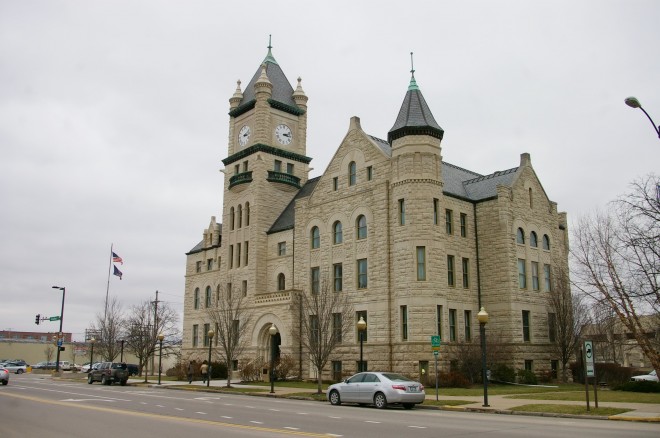 Douglas County is named after Stephen Arnold Douglas, a United States Senator, statesman, and leader of the Democratic Party. 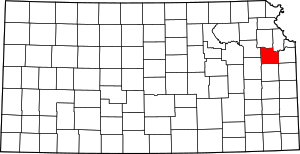 Contractor:  Cuthbert and Sargent of Topeka

Description:  The building faces west and is a three story white colored limestone structure. The building is located on landscaped grounds in the center of Lawrence. The building is basically rectangular in plan with slight irregularities caused by the clock tower, the stair tower, the gable ends and the entrance features. The exterior walls are constructed of rough-hewn Cottonwood limestone laid in regular courses. A narrow band of smooth cut limestone runs entirely around the building at the first floor sill. A wide band of smooth cut limestone wraps entirely around the building at the first floor lintels. The central west entrance has a large stone arch. On the north is a high square stone clock tower with steep roof. On the southwest corner is a round tower with conical roof. The building projects on the southwest and south rising to a high dormer. The base of the building is course stone. 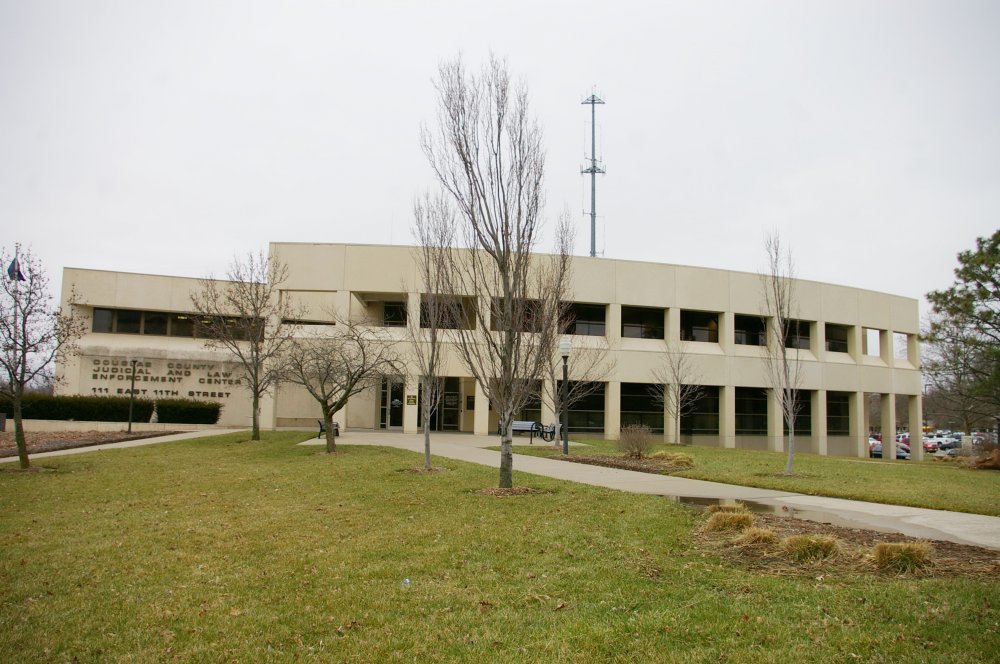 Contractor:  B A Green Construction Company

Description: The building faces west and is a two story white colored concrete and glass structure. The building is located on landscaped grounds in the center of Lawrence on the east side of the courthouse. The west front is curved with concrete pillars along the first story and recessed entrance. On the second story are recessed horizontal windows. The north side projects from the main building. The builoding is named as the County Judicial and Law Enforcement Center. The roof line is flat. The building was remodeled in 2003. The architect was Gould Evans Associates and the contractor was Champion Builders Inc. 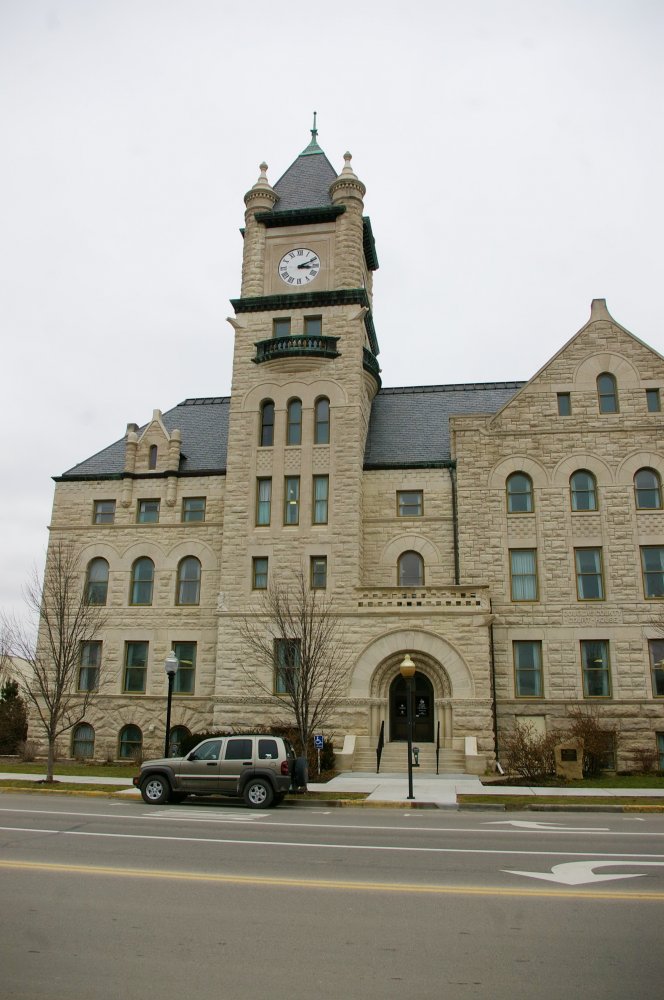 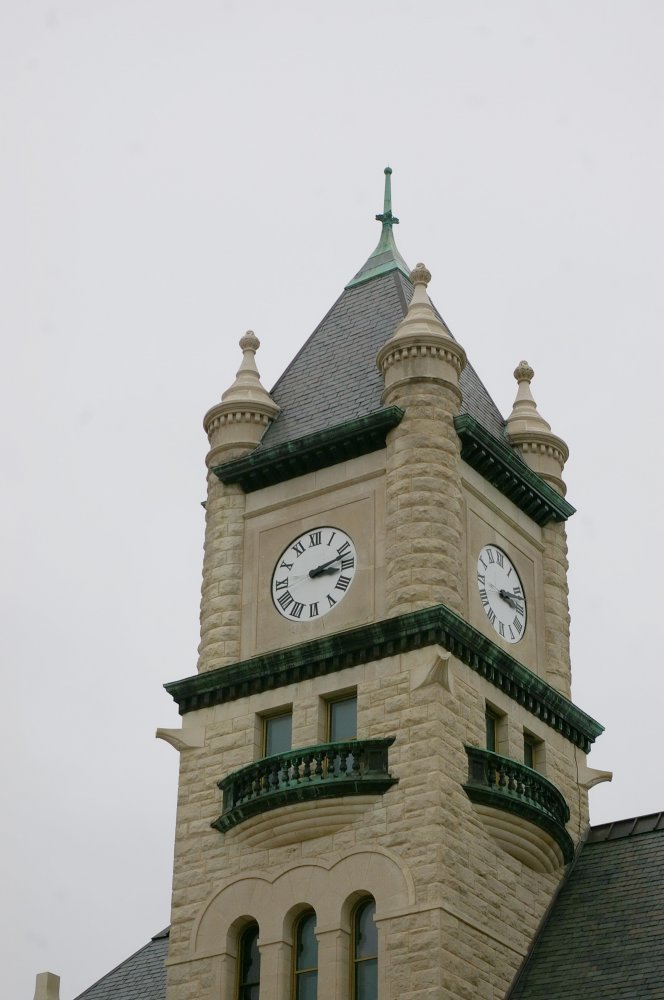 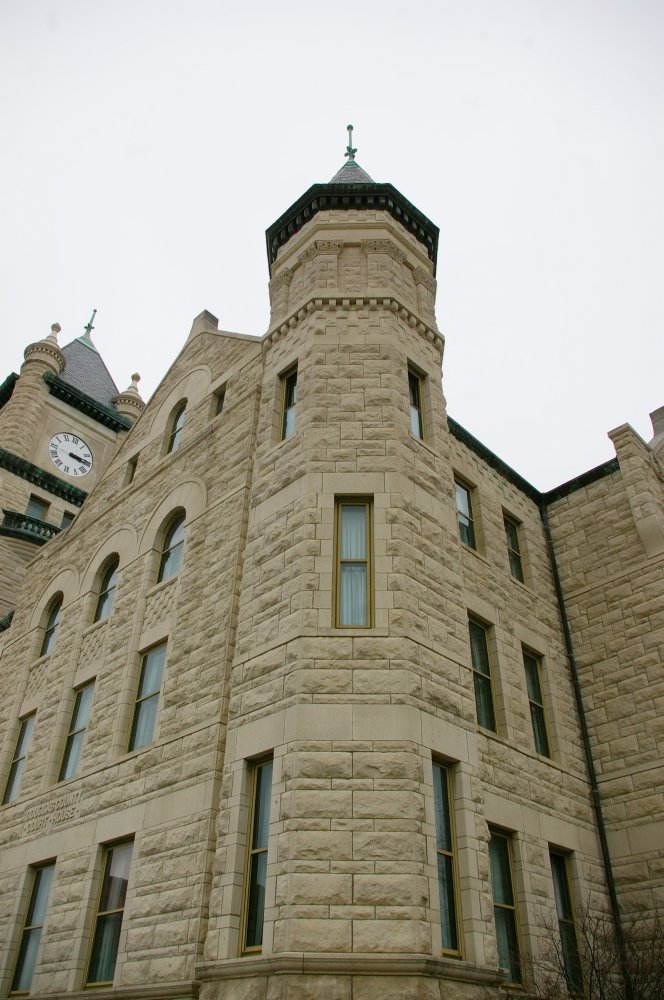 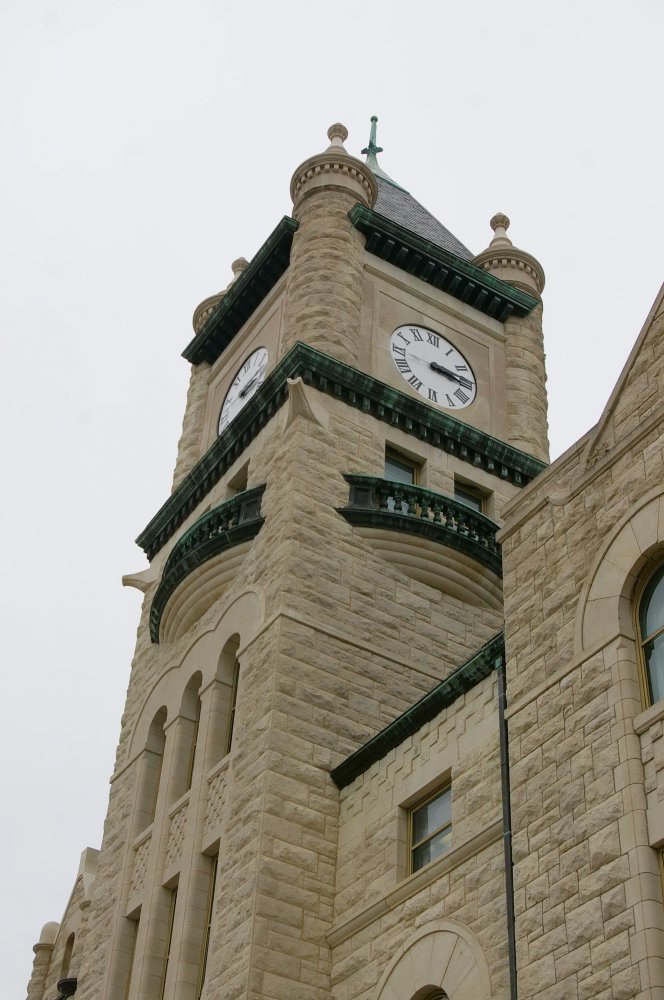 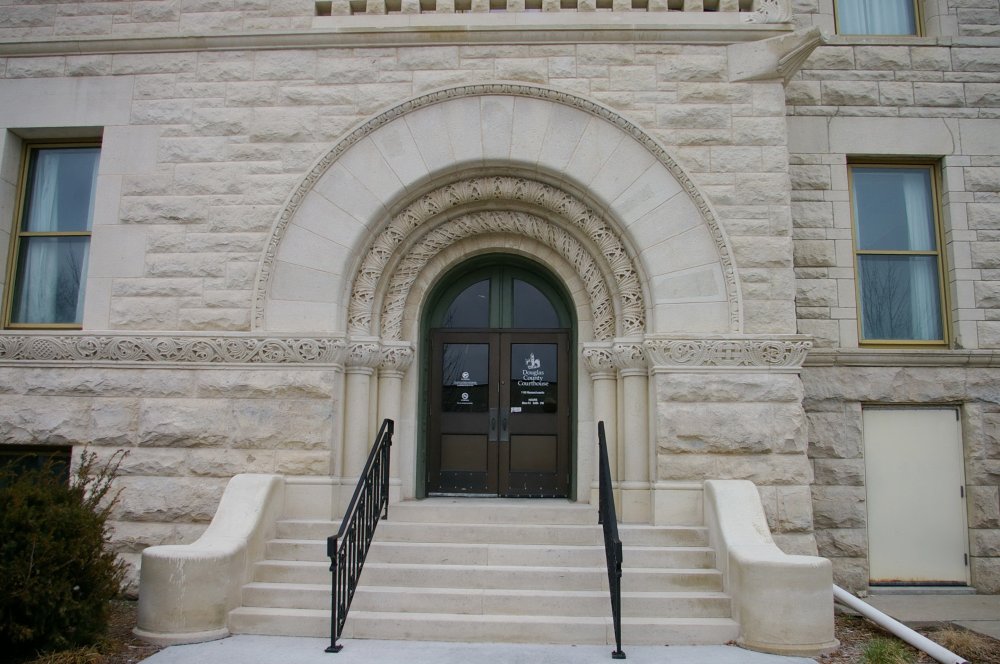 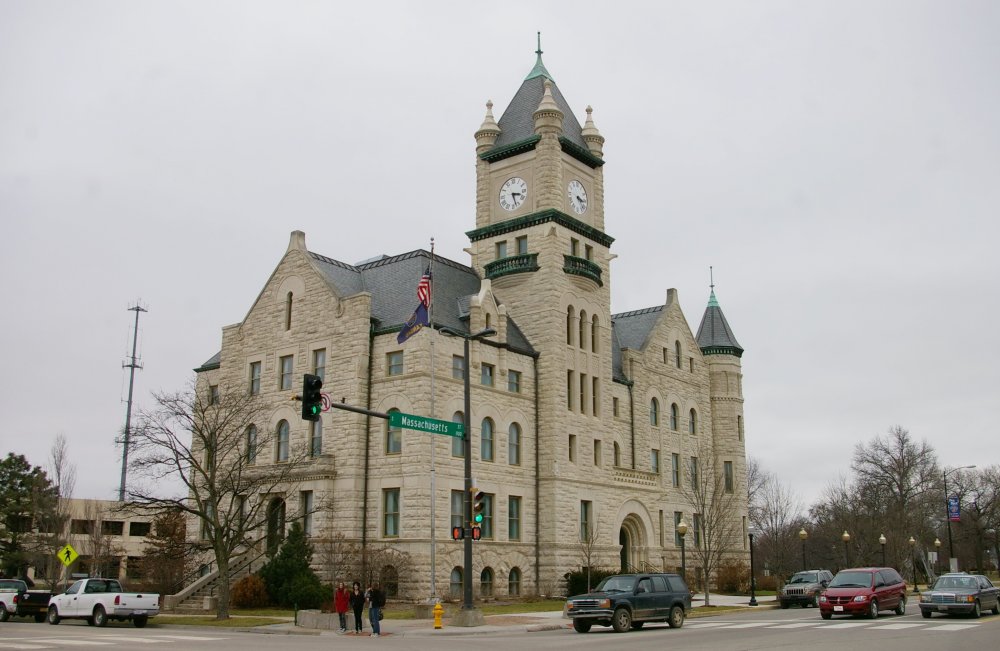 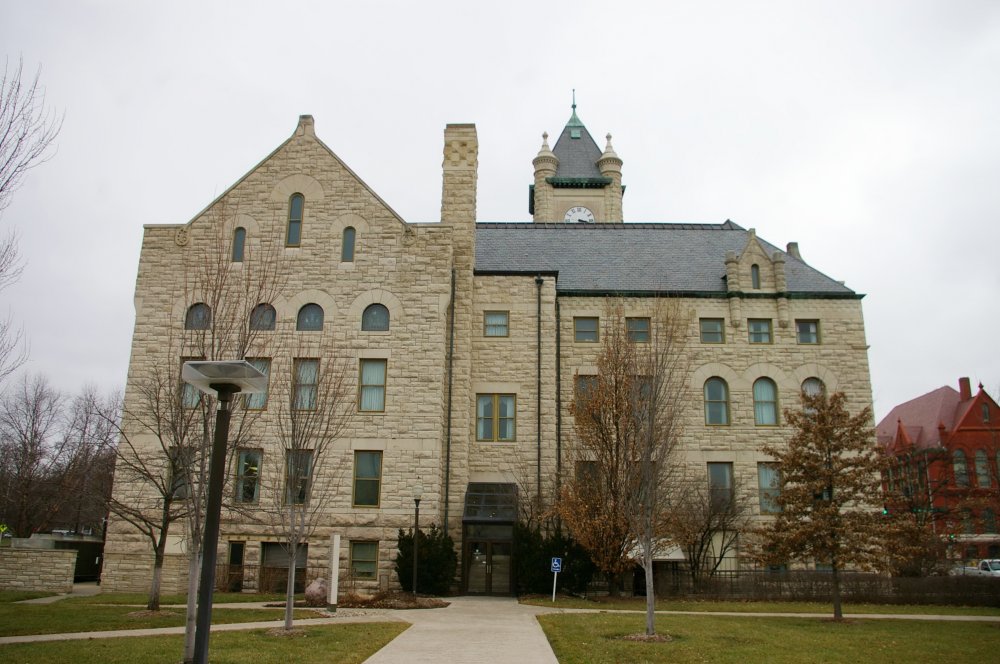 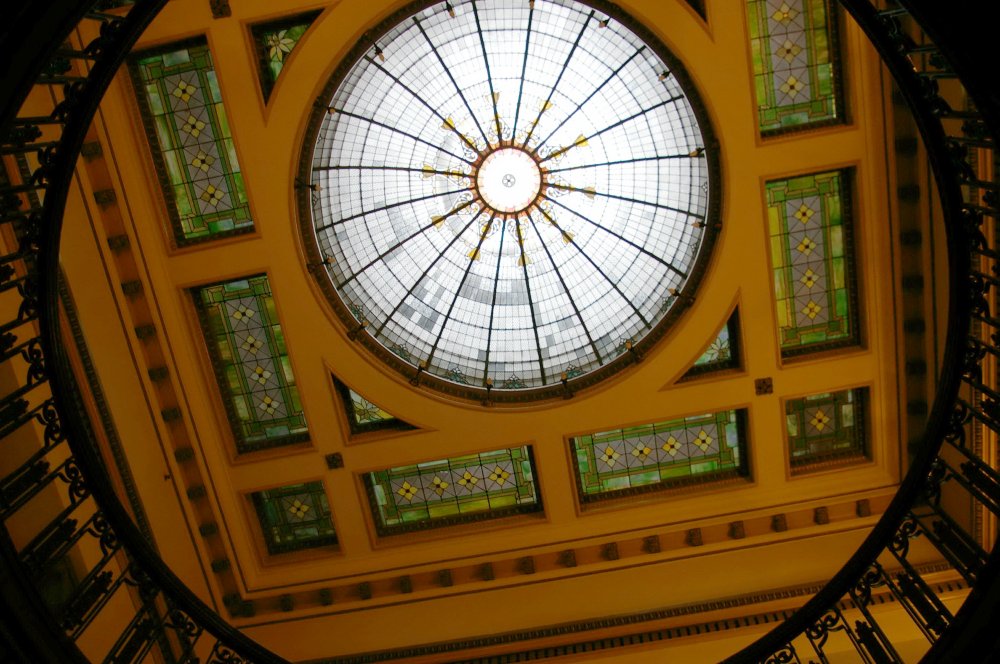 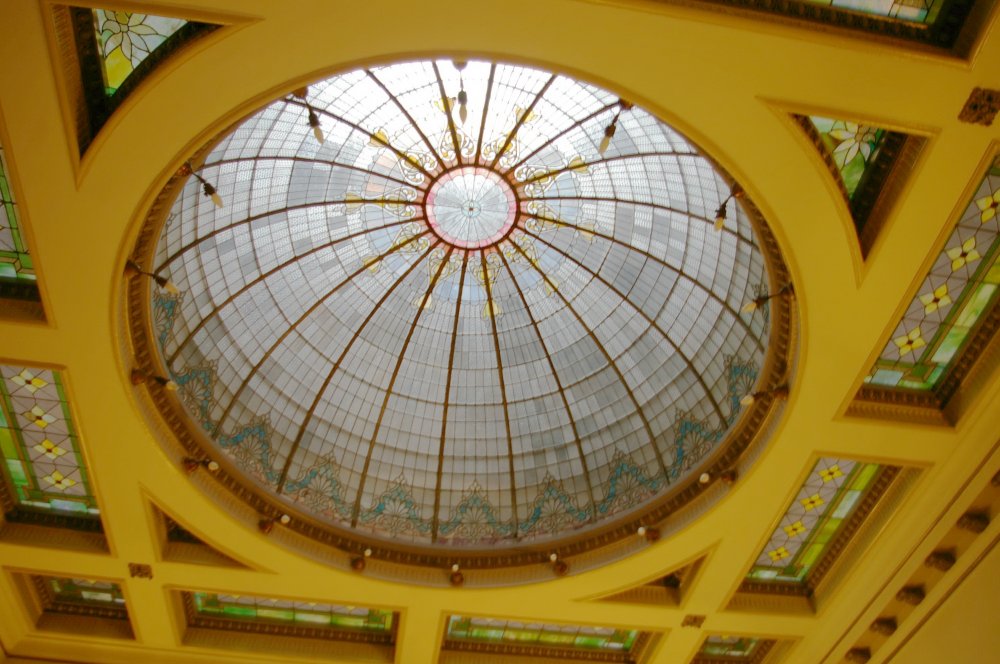 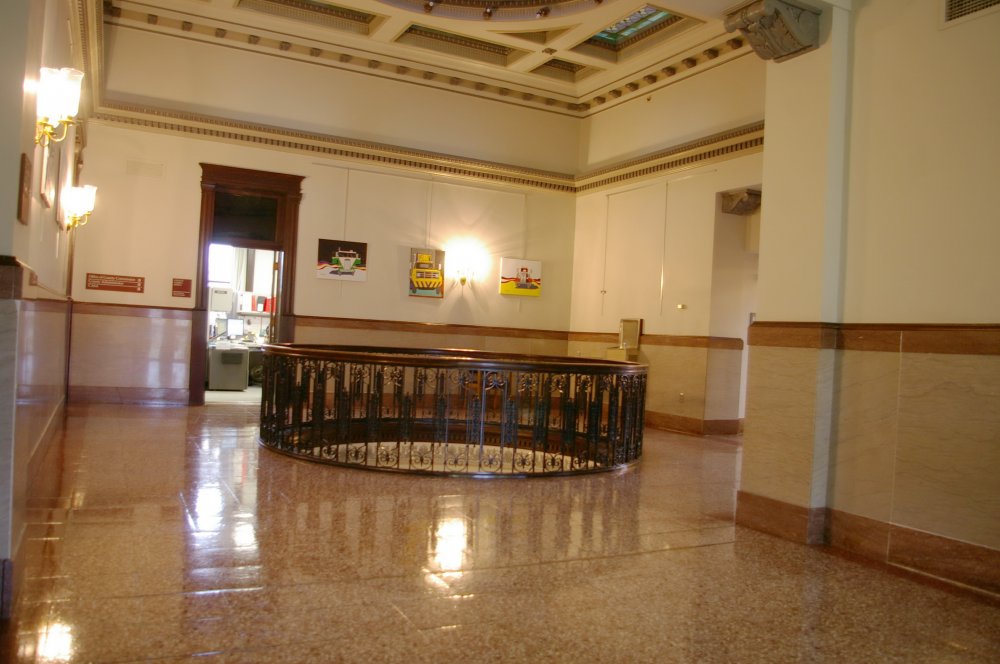 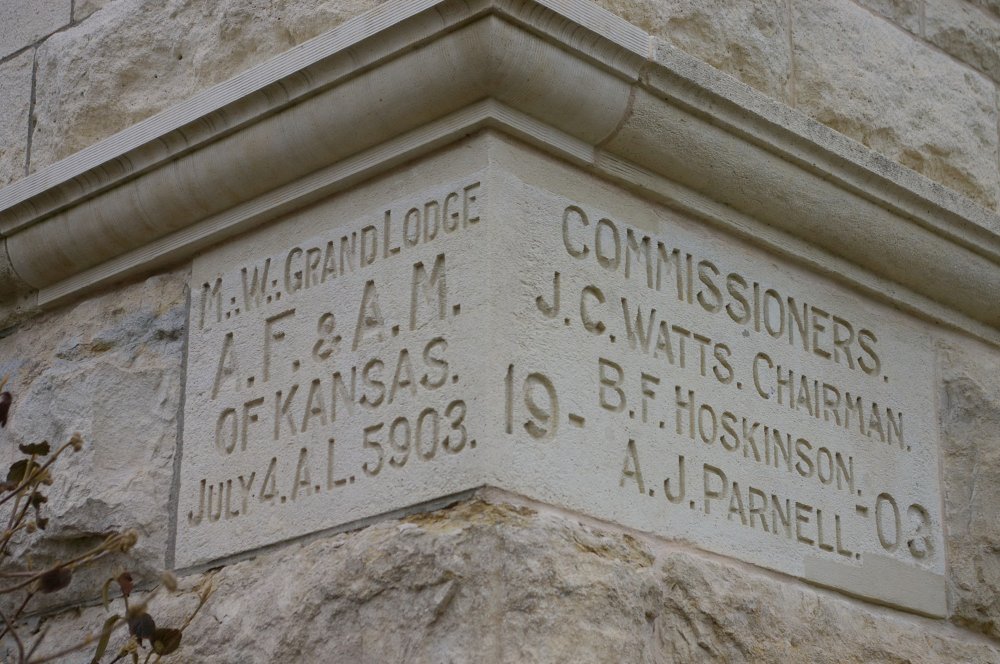 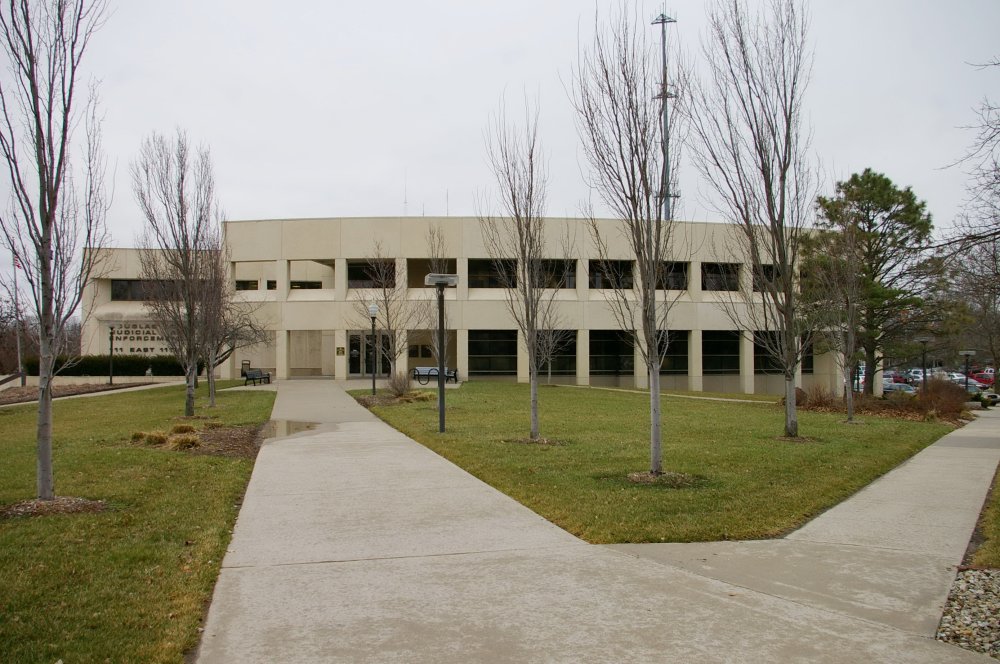 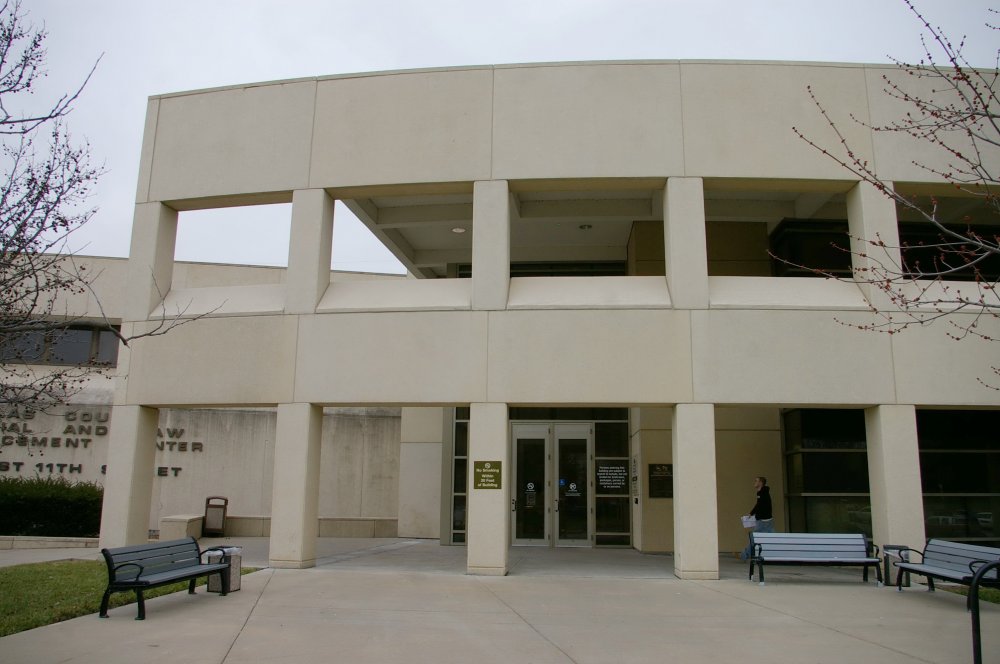