Comanche County is named for the Comanche American Indian tribe who resided in the region and derives from the Spanish “Camino Ancho” meaning “broad trail”. 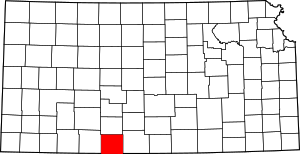 Description: The building faces west and is a four story buff colored brick, limestone  and concrete structure. The rectangular shaped building is located on spacious landscaped grounds in the center of Coldwater. The building has eleven bays on the east and west facades and five bays on the north and south facades. The building has a projecting central section with two large columns rising from the second story to the third story. Between the columns are three entrance doors and above are sets of three windows on each story. The roof line is flat. In the interior are terrazzo floors, pink marble wainscoting, oak trim and plaster walls and ceilings. There is an iron staircase with terrazzo treads. The County District Court courtroom is located on the east side of the second story. On the third story are eight jail cells now used for storage. The building houses the County District Court of the 16th Judicial District. 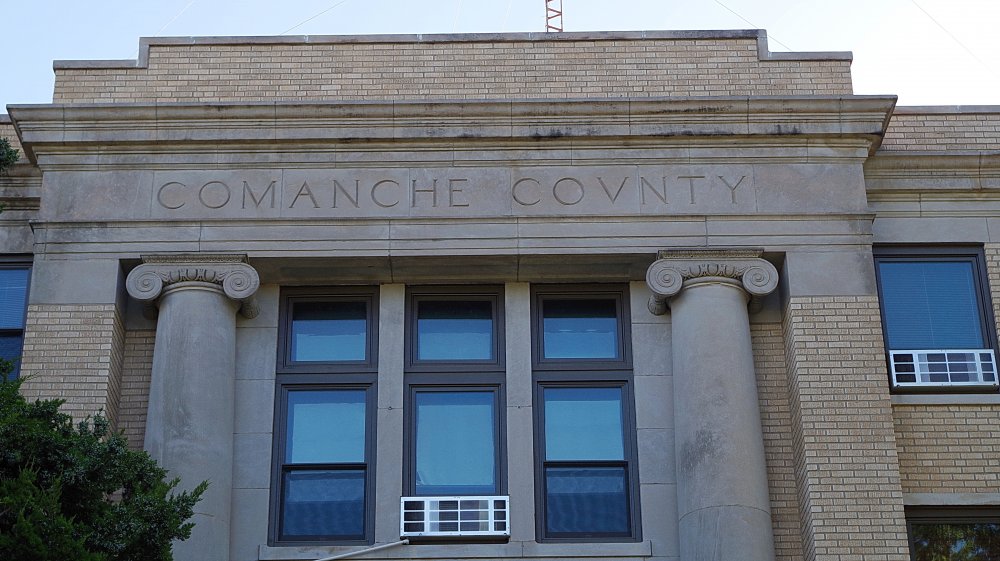 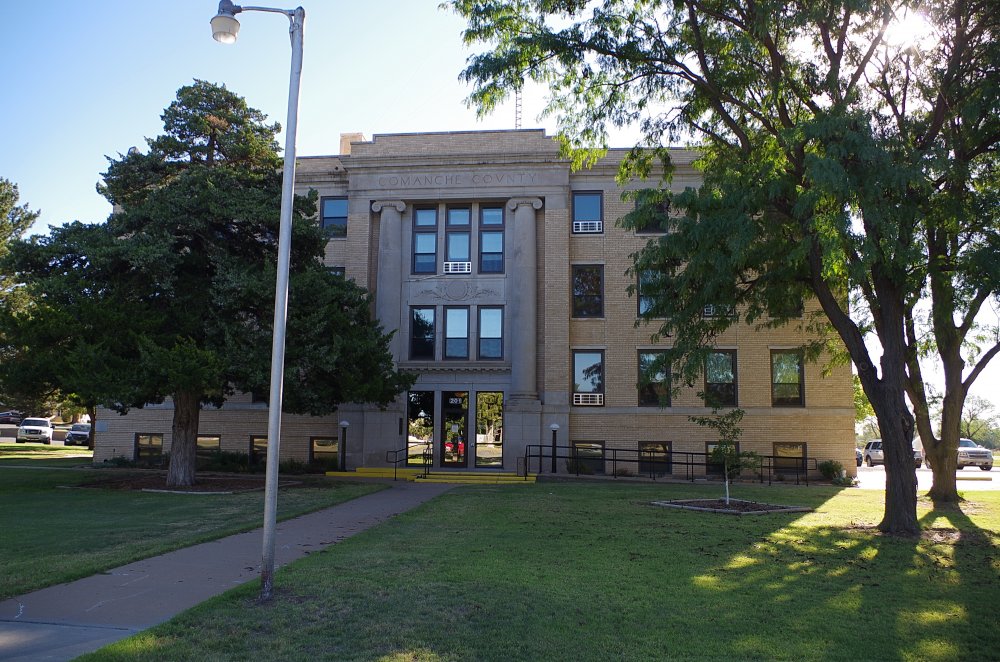 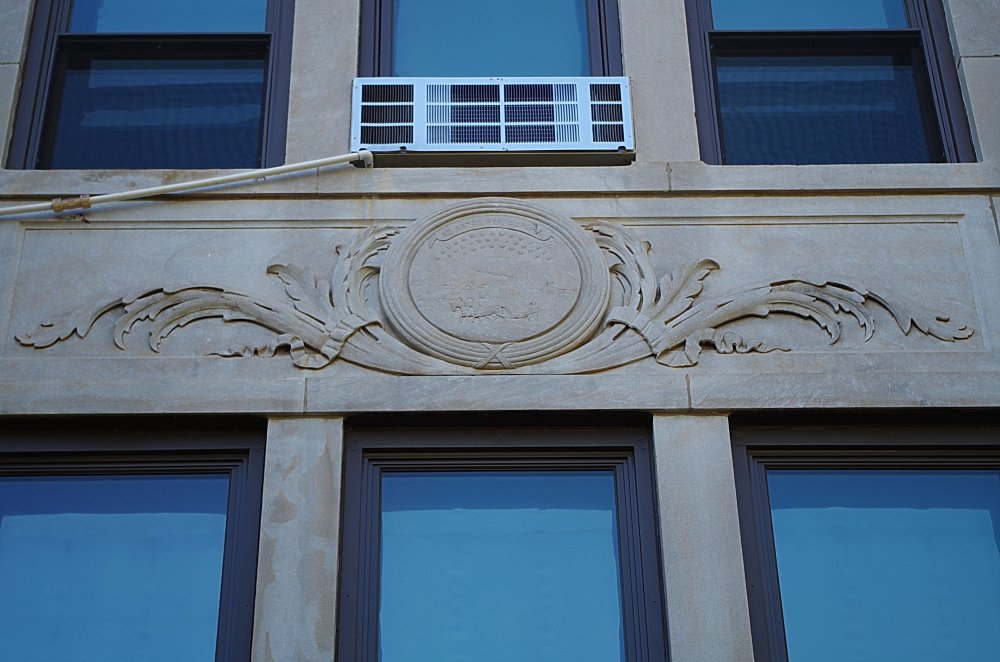 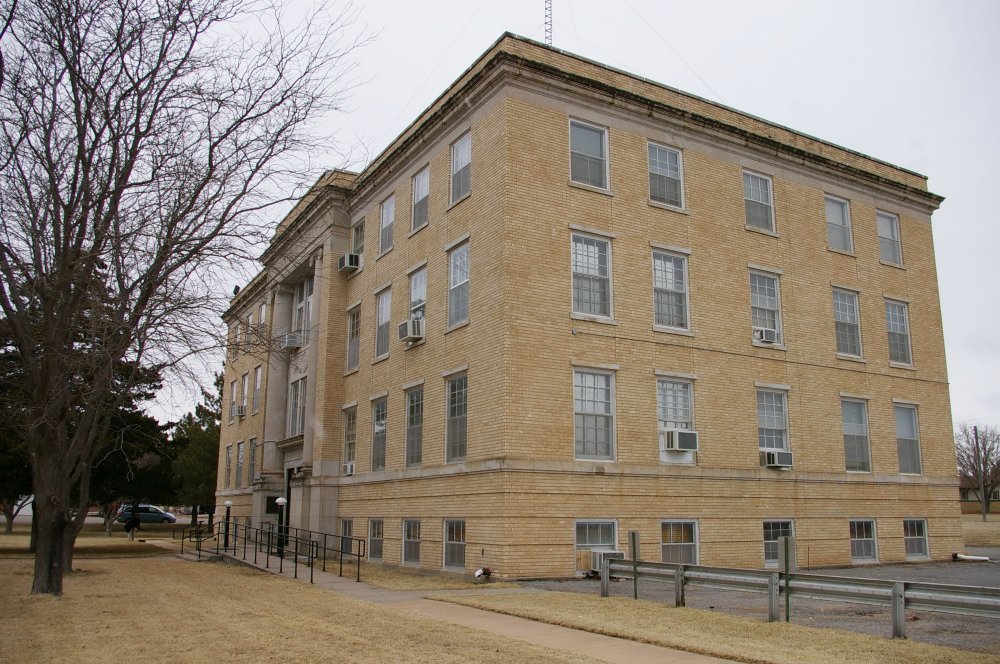 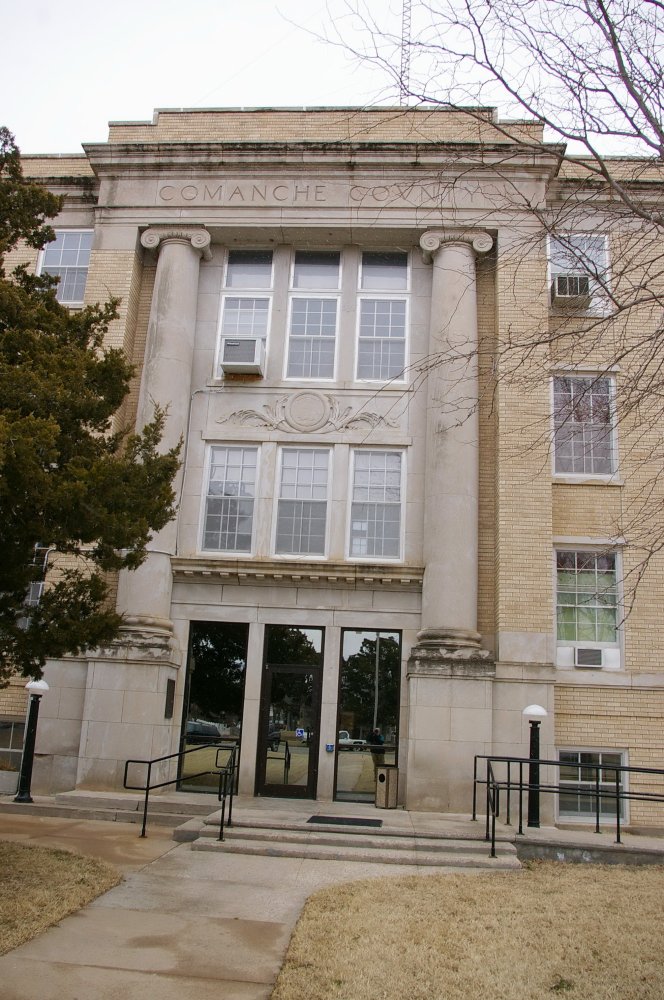 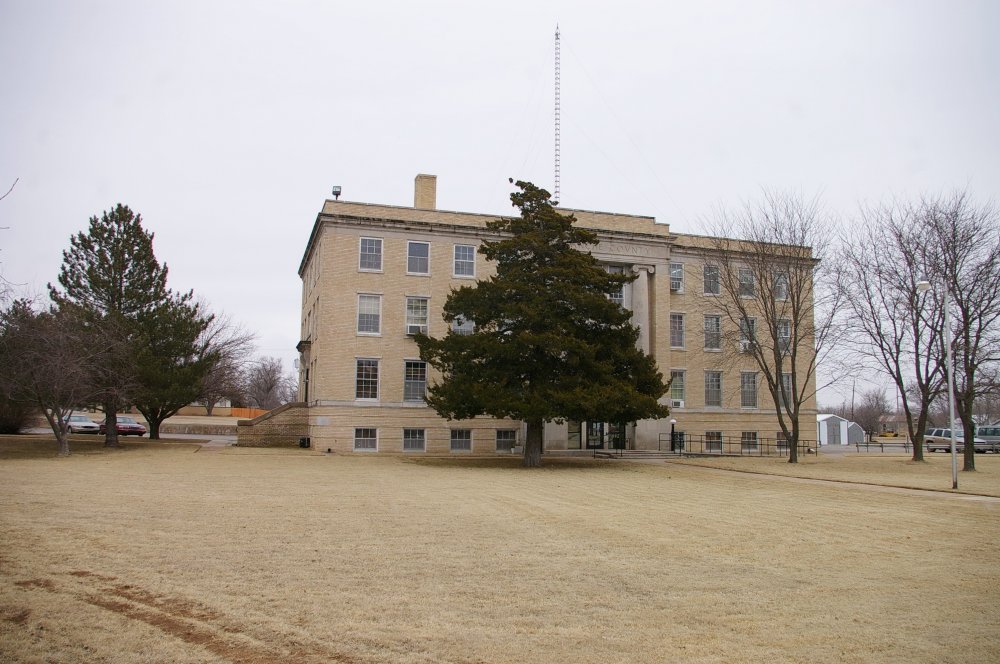 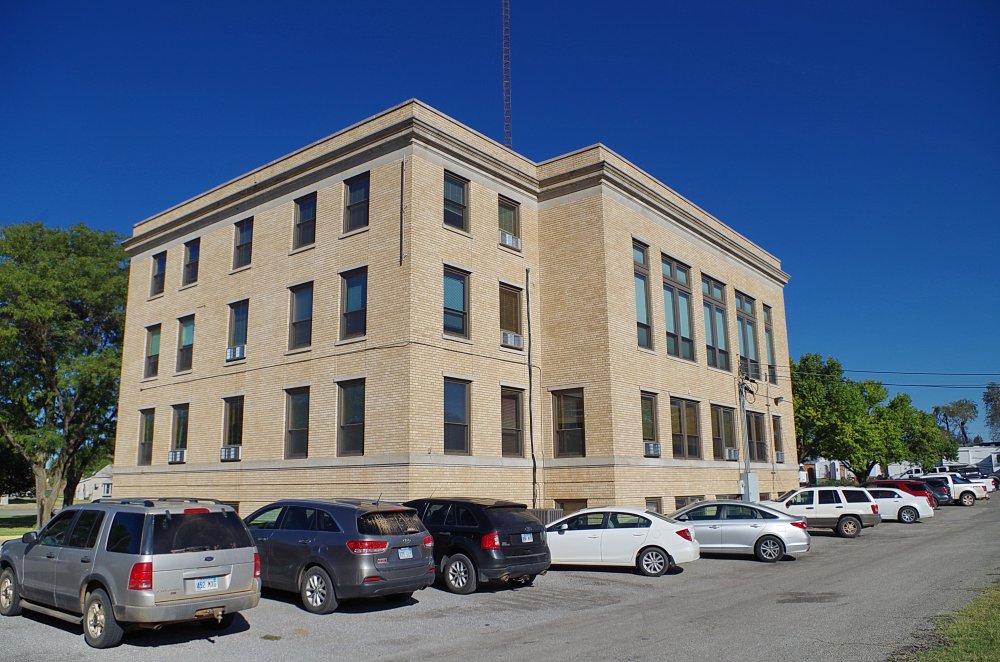 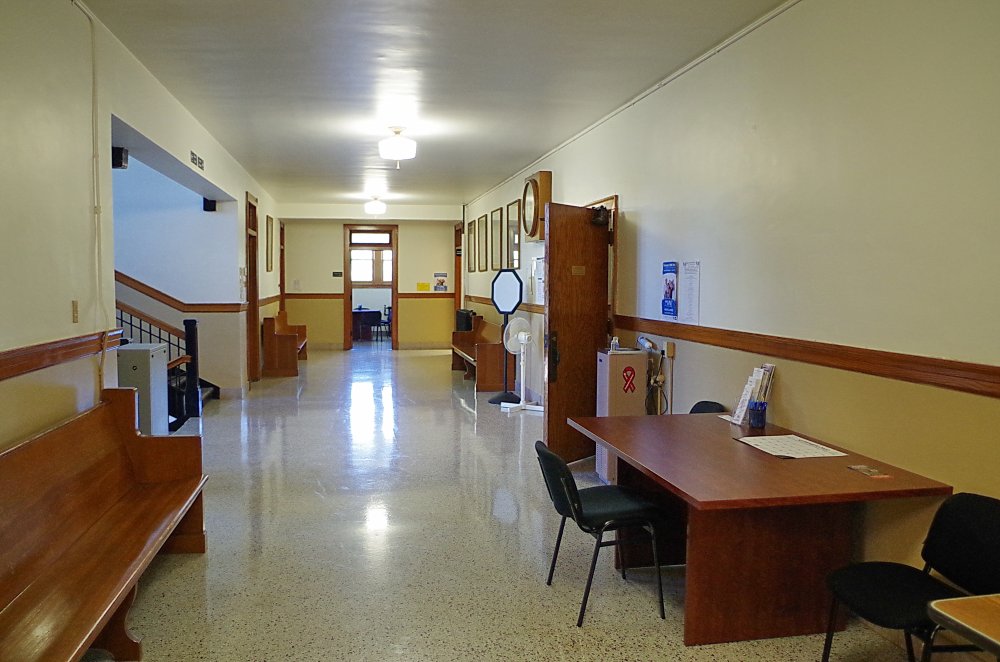 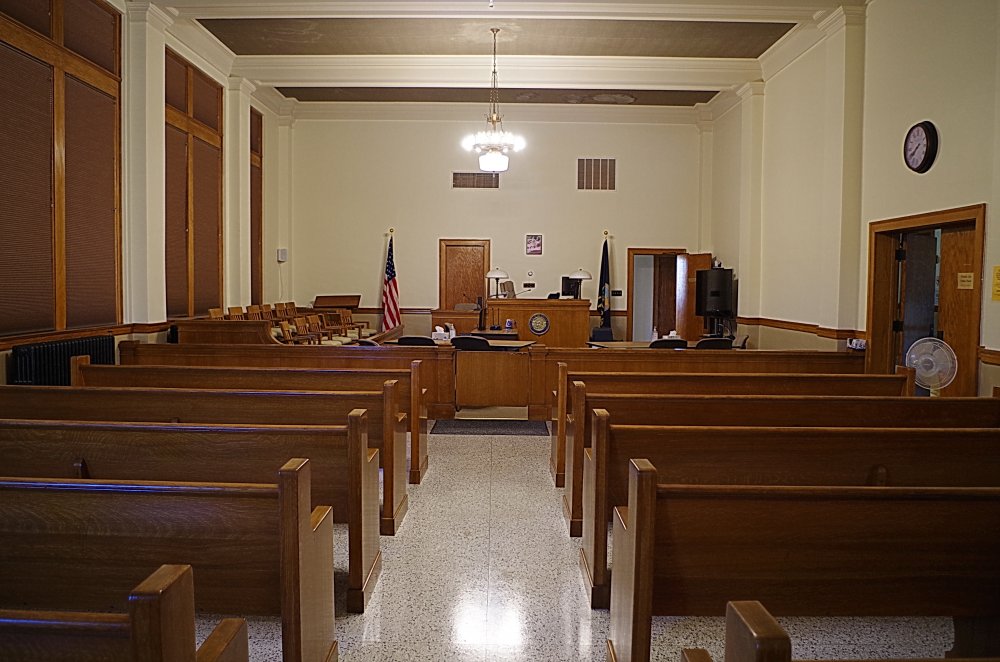