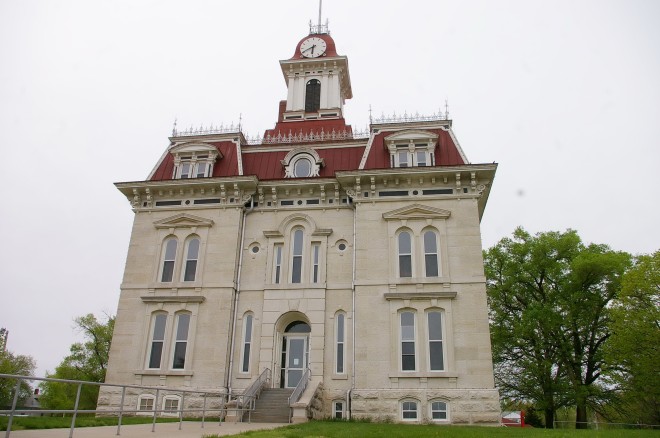 Chase County is named for Salmon Portland Chase, who was a United States Senator from Ohio and a Kansas statehood advocate. 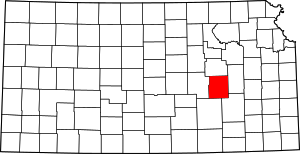 Description: The building faces north and is a three story gray colored native limestone  structure. The building is located on landscaped grounds in the center of Cottonwood Falls. The north front has a recessed center section with narrow arched entrance on the first story and three narrow vertical windows on the second story. The east and west sections have double arched windows with projected pediments above. A wide eave runs below the red colored mansard roof on the third story which has dormer windows. On the center of the roof is a square cupola with clock and red colored roof and small platform at the top. There is an ornamental iron fence along the roof line. The foundation is rough hewn limestone. In the interior, a piral staircase extends from the first story to the third story.  Thee large courtroom is located on the second story. The old jail is on the second story of the rear section of the building. The building houses the County District Court of the 5th Judicial District. 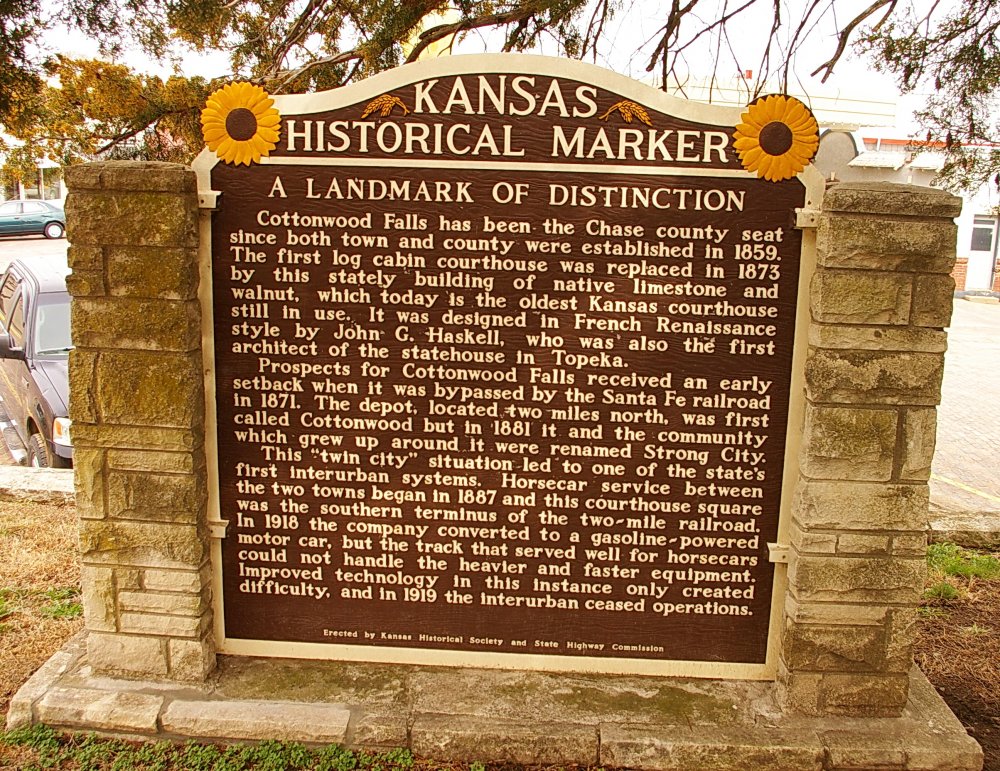 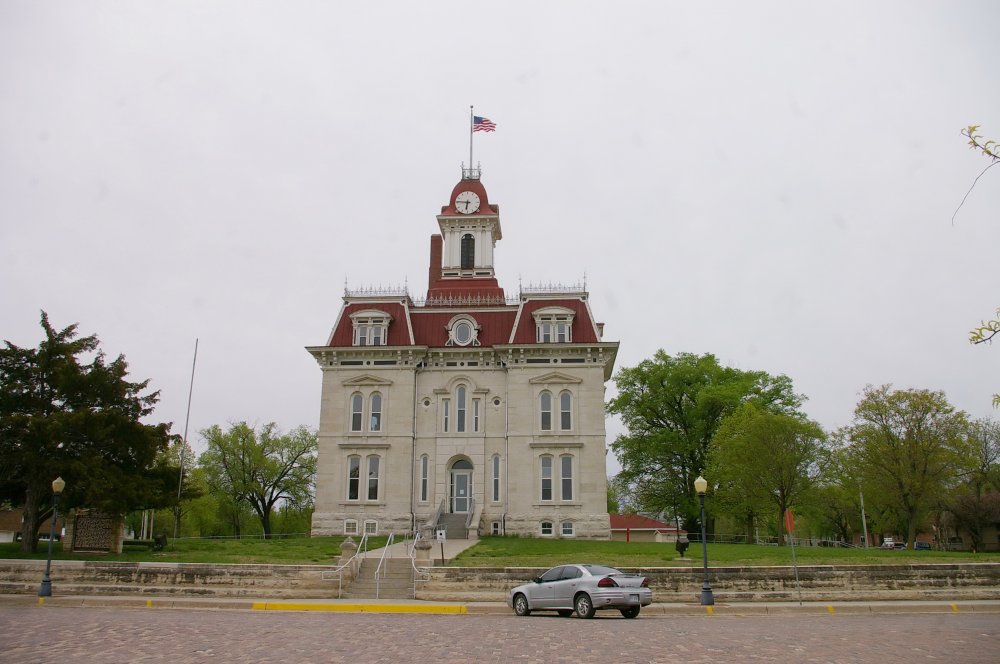 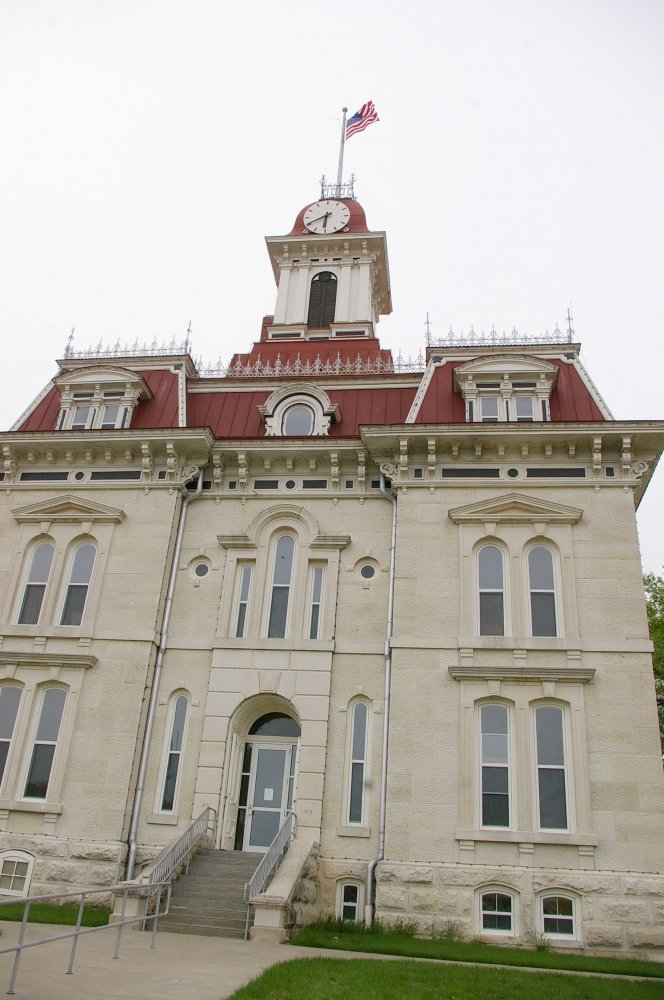 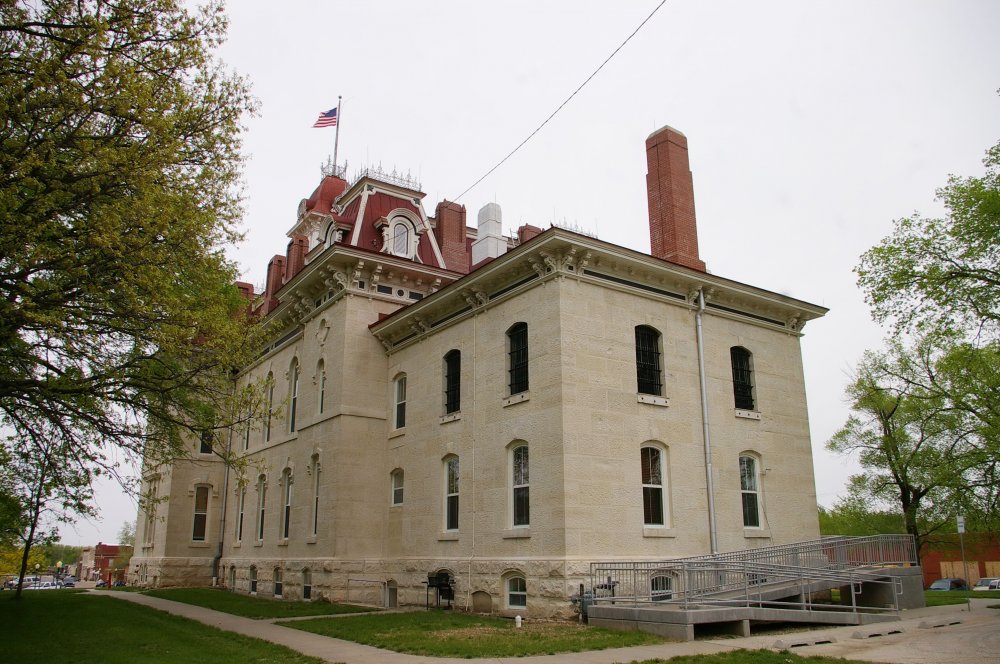 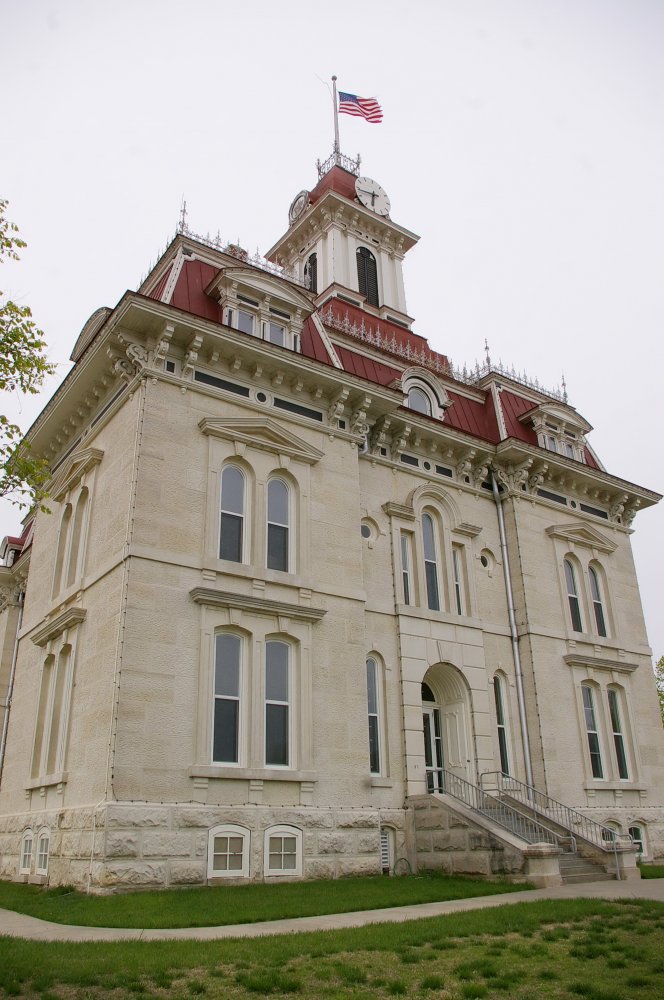 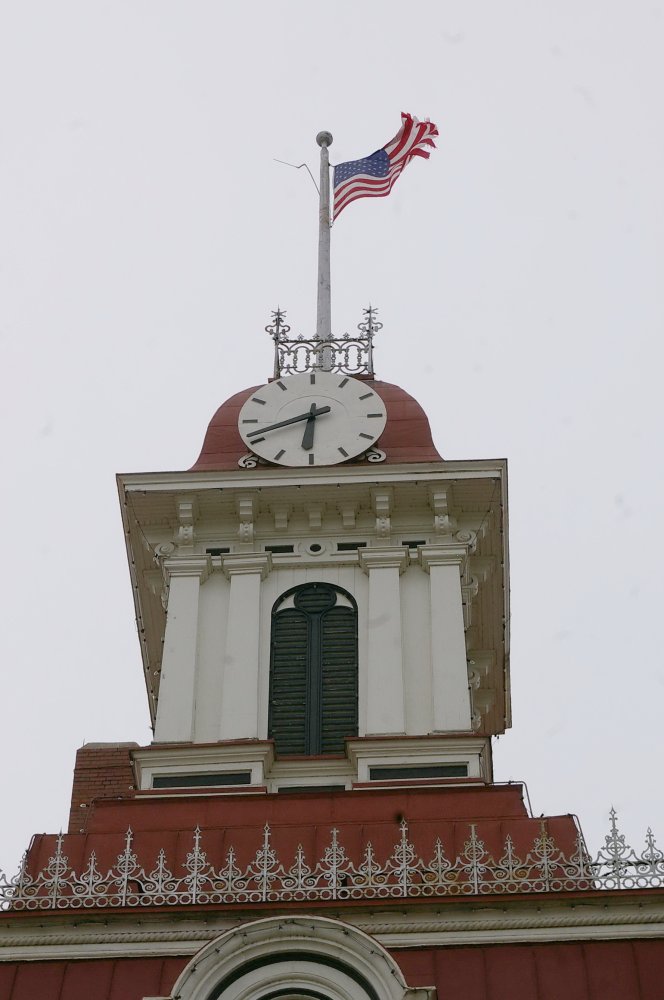 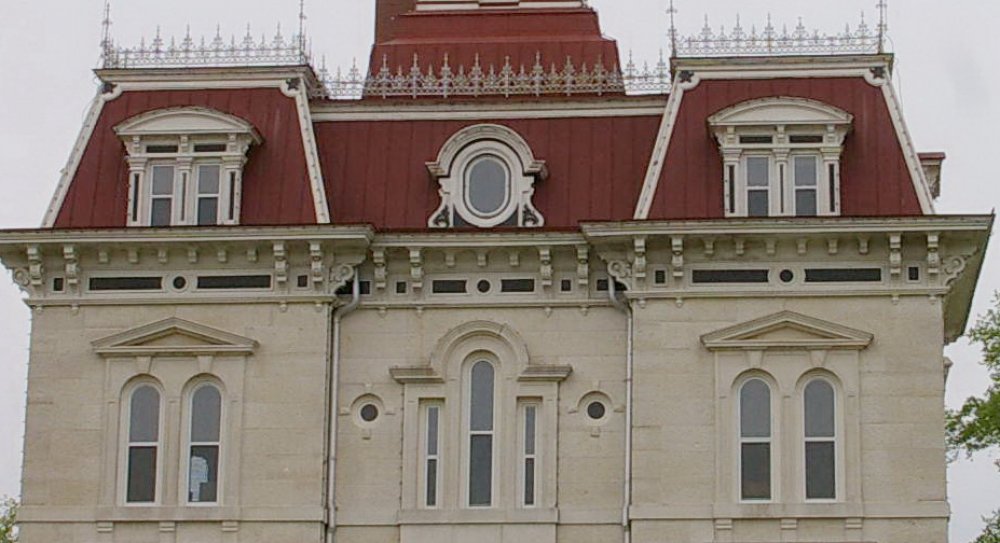 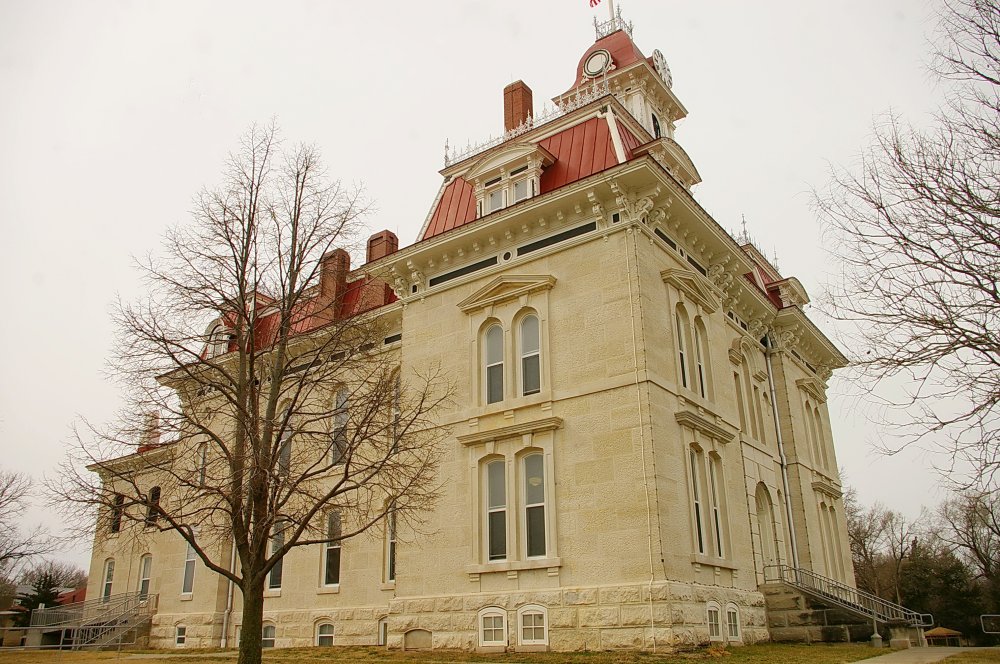 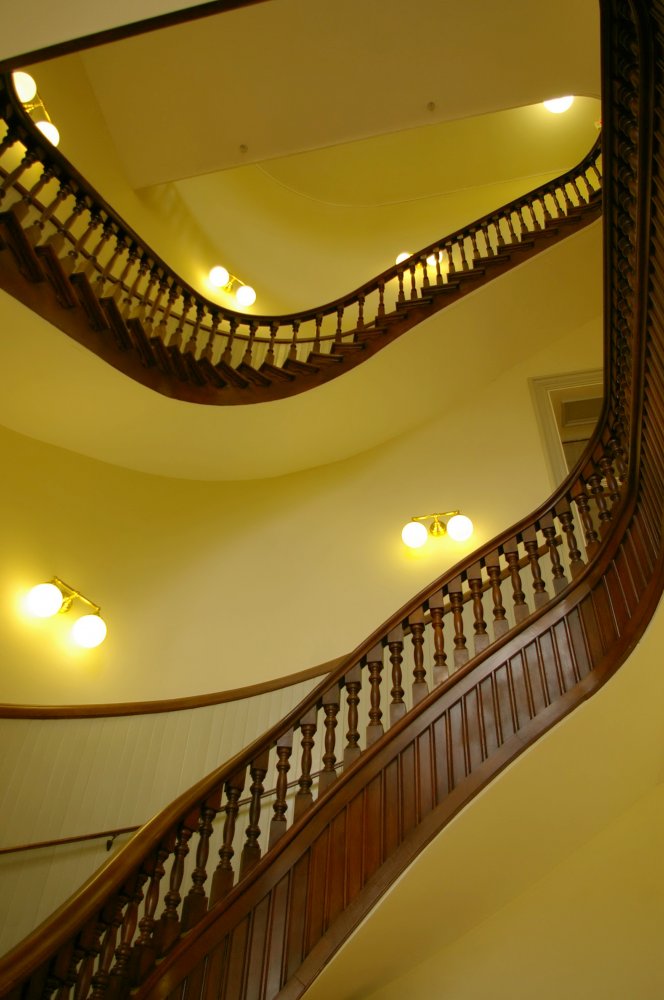