Brown County is named for Albert Gallatin Brown, who was a United States Senator from Mississippi at the time of the Kansas-Nebraska Act, or for O H Browne, who was a member of the legislature. 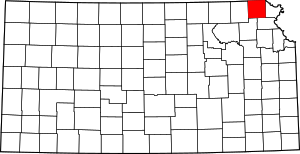 Description: The building faces north and is a three story limestone and concrete structure. The building is located on spacious landscaped grounds of the Courthouse Square in the center of Hiawatha. The symmetrical north  and south sides are nearly identical, fronted by central blocks pilled slightly forward of the main wall. There are entrances on the north and south sides. The north front has three entrances with pediments above. Four high Corinthian columns rise from the second story to the top of the third story and above is a wide header with further header above containing a large crest. The center section projects slightly and the windows divided by the columns are recessed. The sides also have a projecting center section with recessed windows. The roof line is flat. In the interior there is a large lobby on the first story. The stairs are made of gray and white colored marble. The walls and floors are the same marble and on the second story lobby there are large marble pillars. The County District Court courtroom is located on the north side of the third story. There is a small courtroom on the west side of the third story. The building houses the County District Court of the 22nd Judicial District. 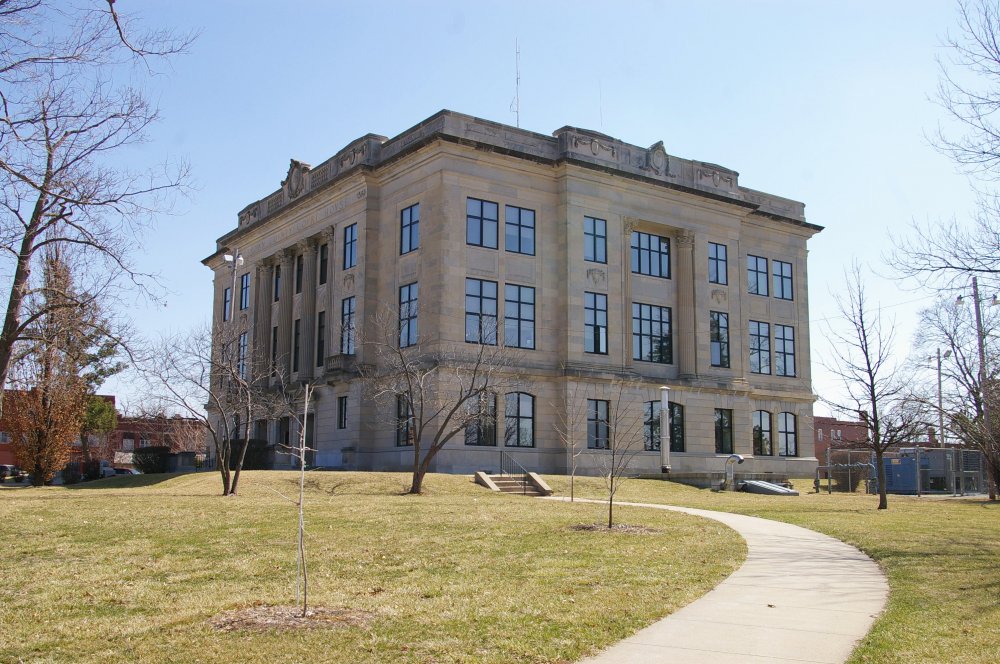 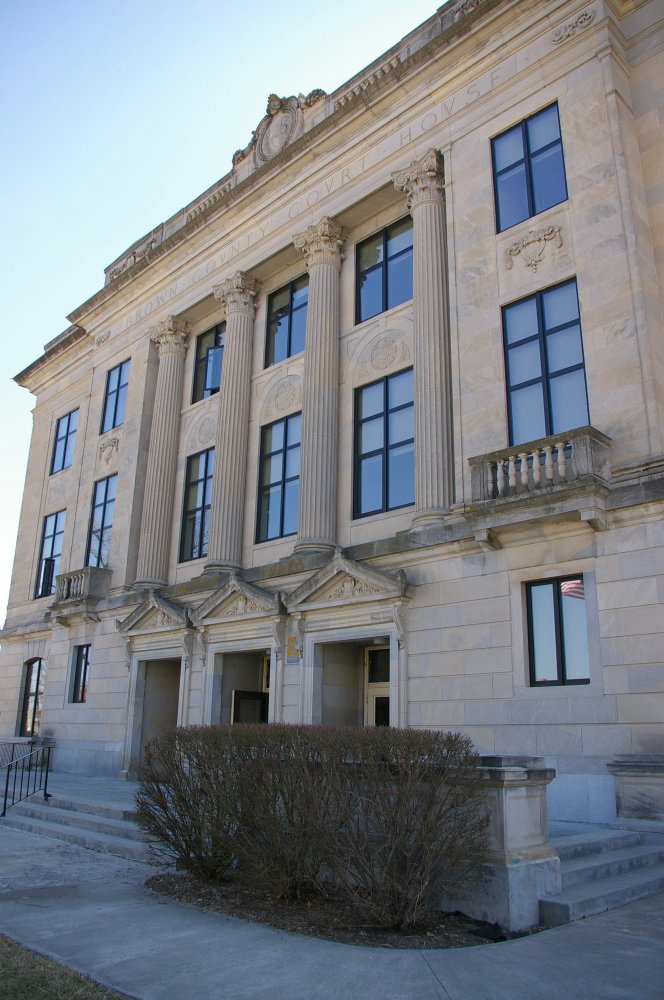 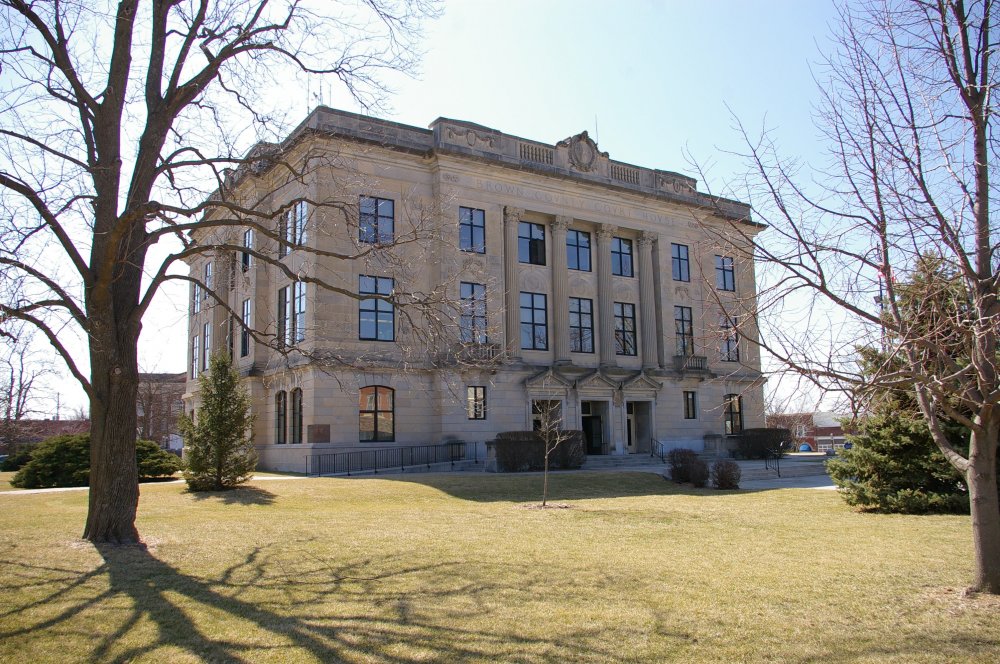 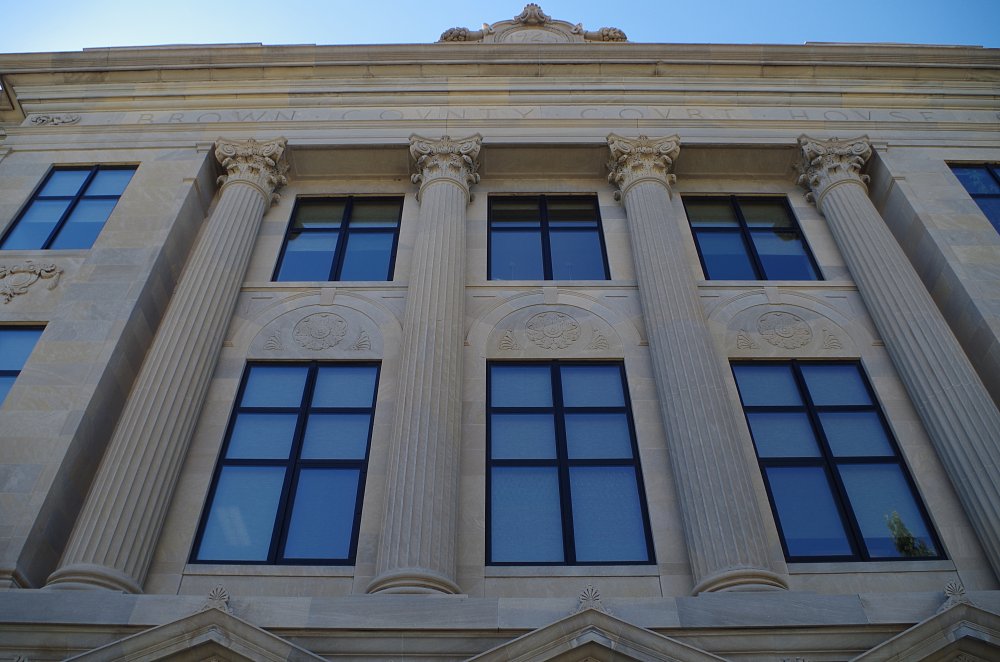 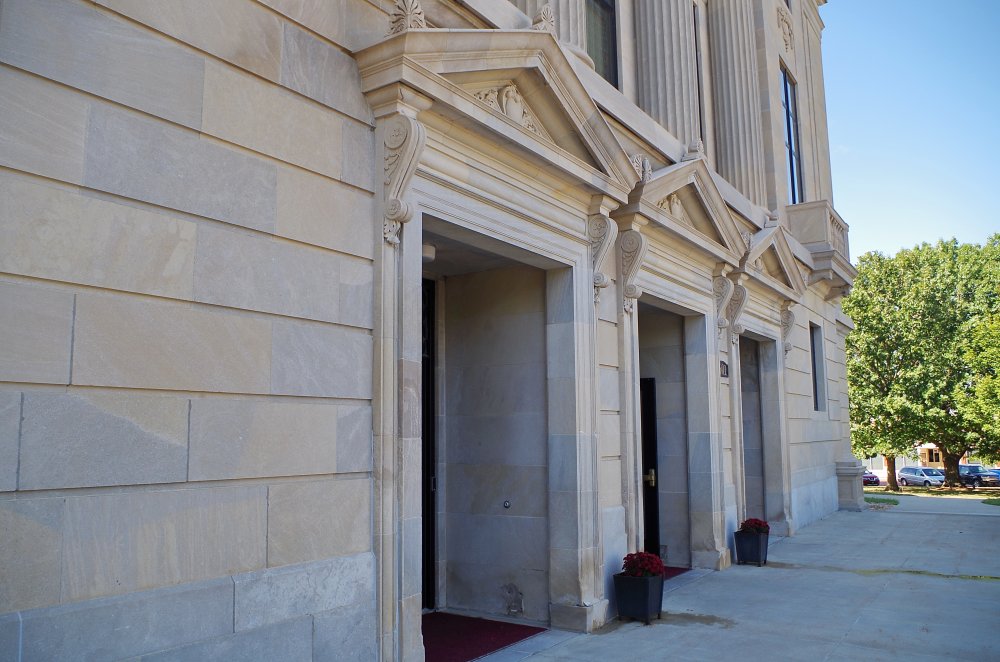 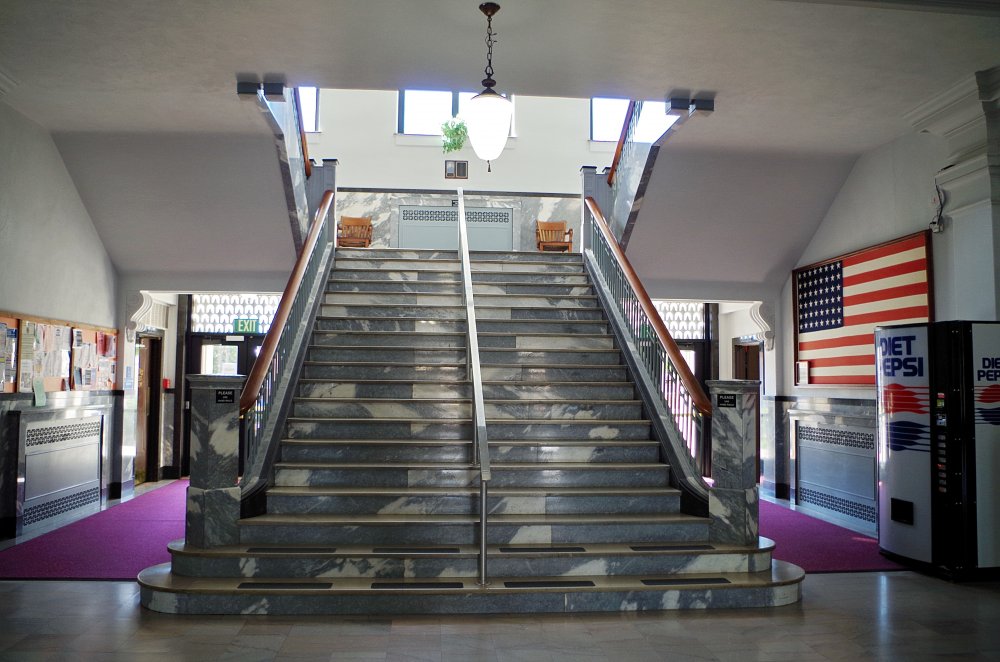 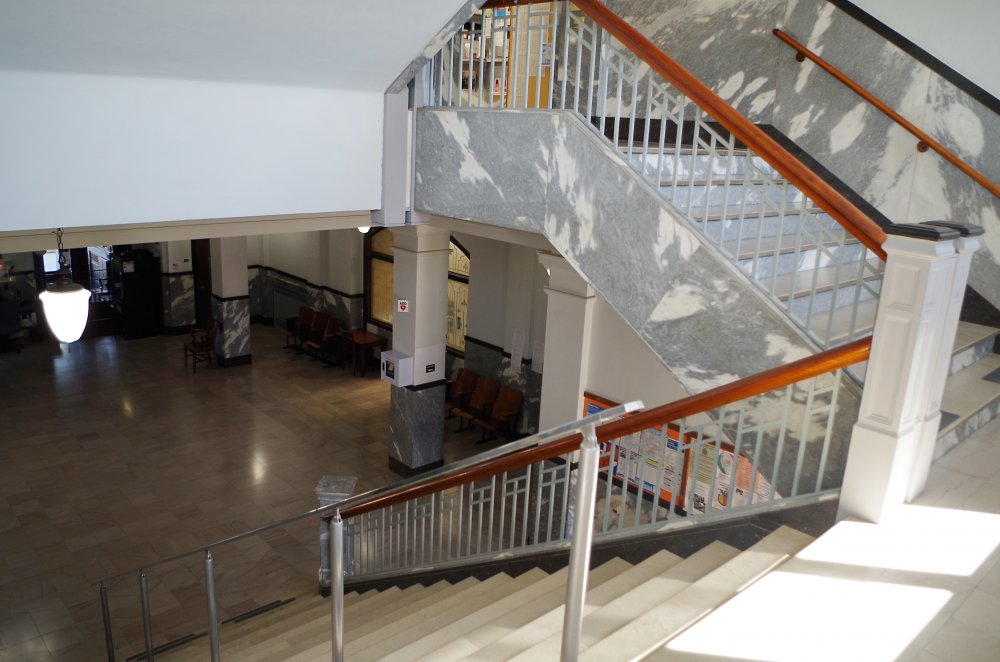