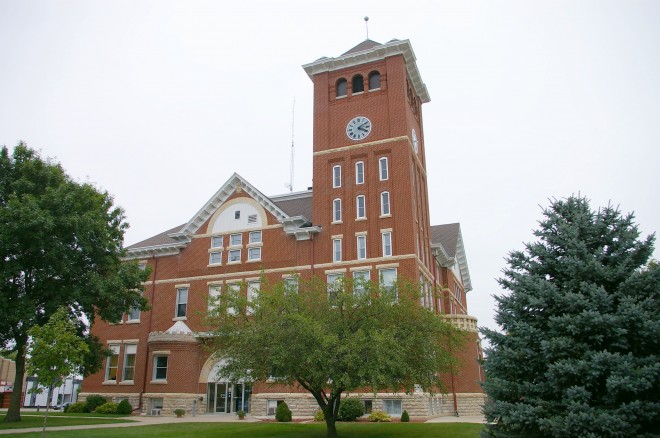 Description: The building faces south and is a three story red colored brick structure. The building is located on landscaped grounds in the center of Clarion. On the southeast corner is a large square clock tower. The south entrance is arched and the base of the building is white course stone. Round tower are on either side of the entrance. The building houses the County District Court of the 5B Judicial District. 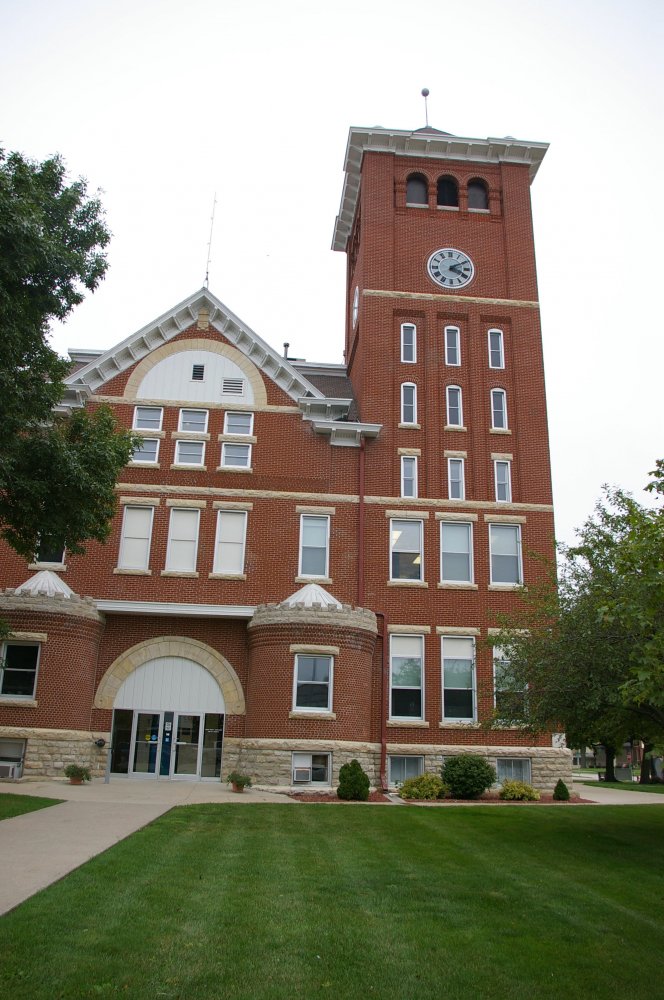 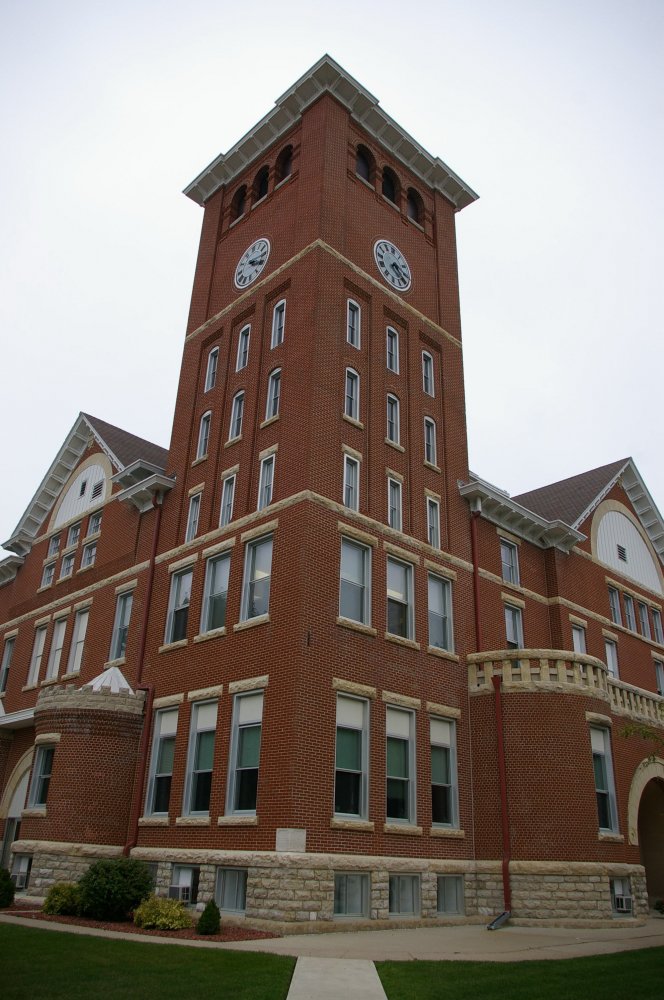 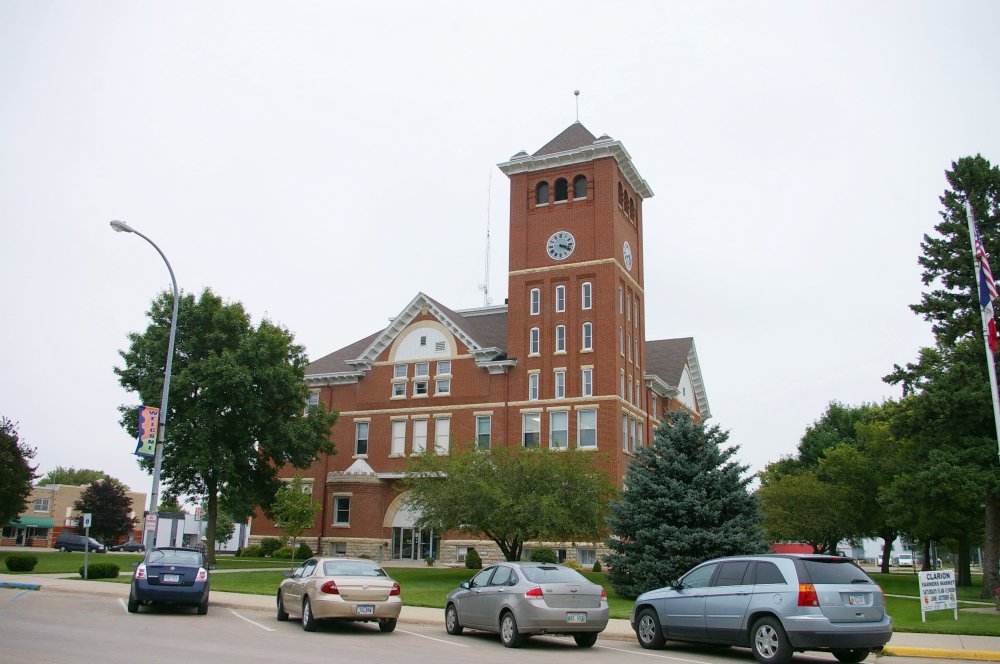 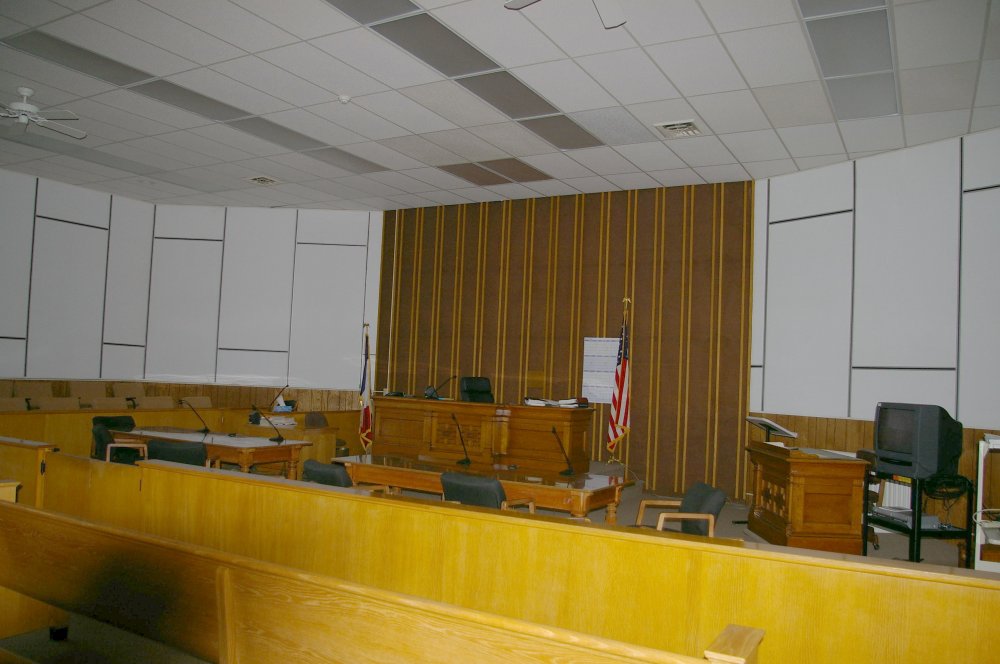 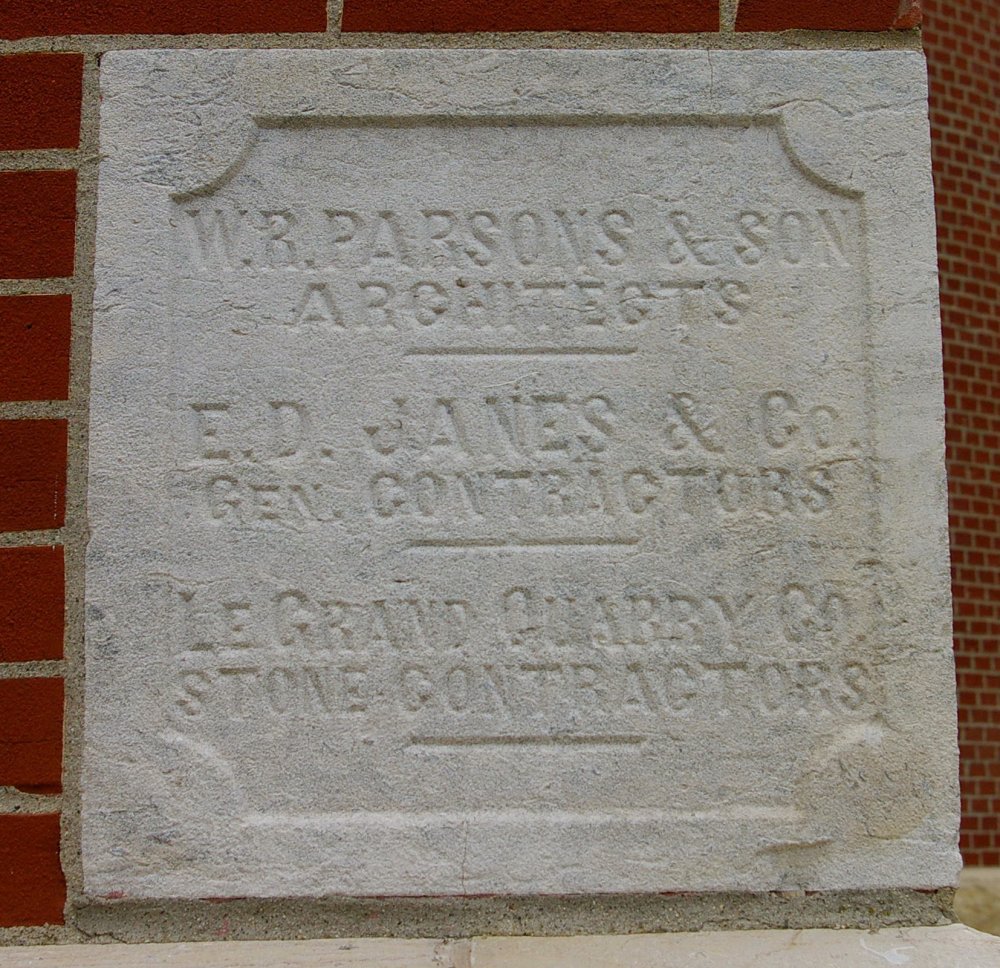 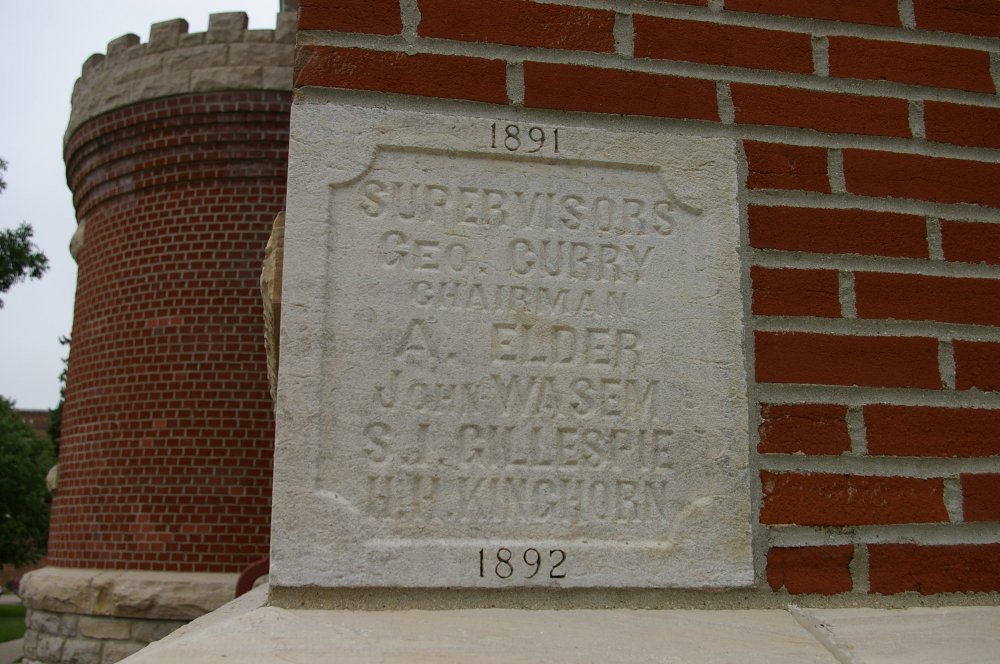