Worth County is named for William Jenkins Worth, who was an officer in the Black Hawk War and in the Mexican-American War. 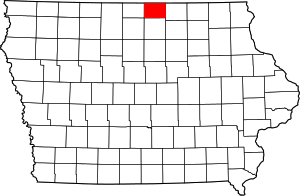 Description: The building faces south and is a two story red colored brick structure.  The building is located on landscaped grounds in the center of Northwood. The south entrance has a large arch trimmed with stone on the first story. On the east side of the entrance is a square brick tower rising to the third story. There is stone trim above the windows. The base of the building is course white stone. The building houses the County District Court of the 2A Judicial District. The building was enlarged and remodeled in 1938. Description: The building faces north and is a two story dark red colored brick and stone structure. The building is located on landscaped grounds in the center of Northwood to the southwest of the courthouse.  On the north side is a one story projecting section at the entrance. The windows are arched and the roof is hipped. The foundation of the building is white colored course stone. The building served as the courthouse until 1892. Since 1973, the building houses the Worth County Historical Museum. 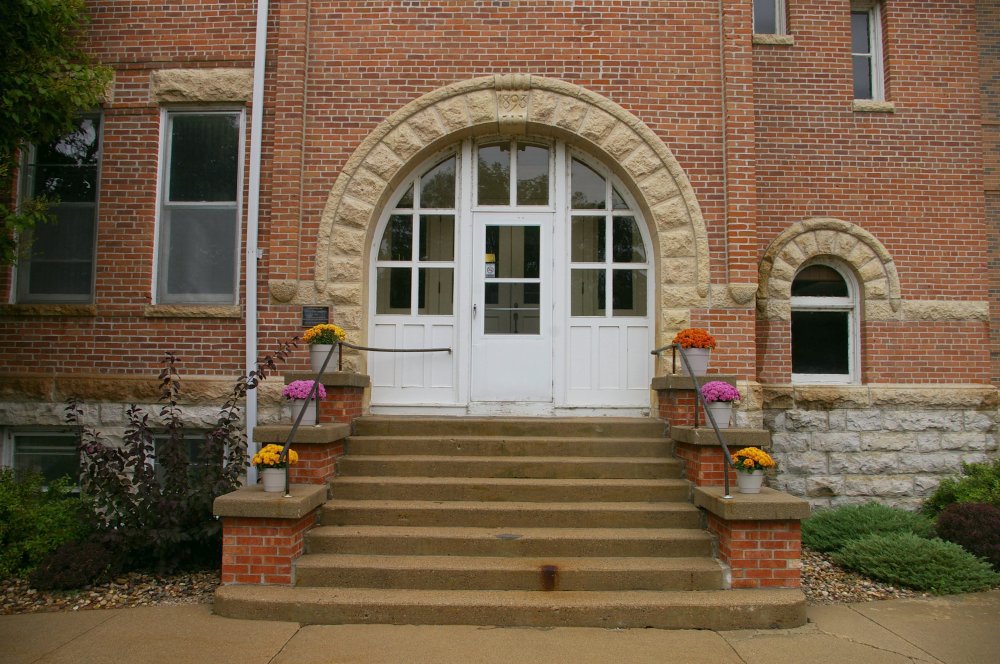 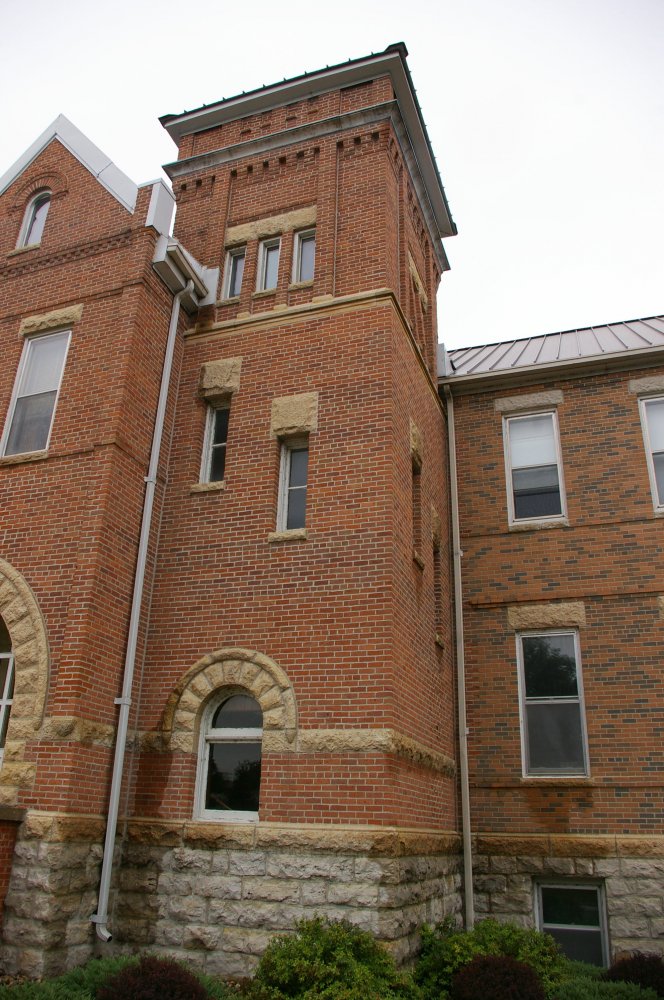 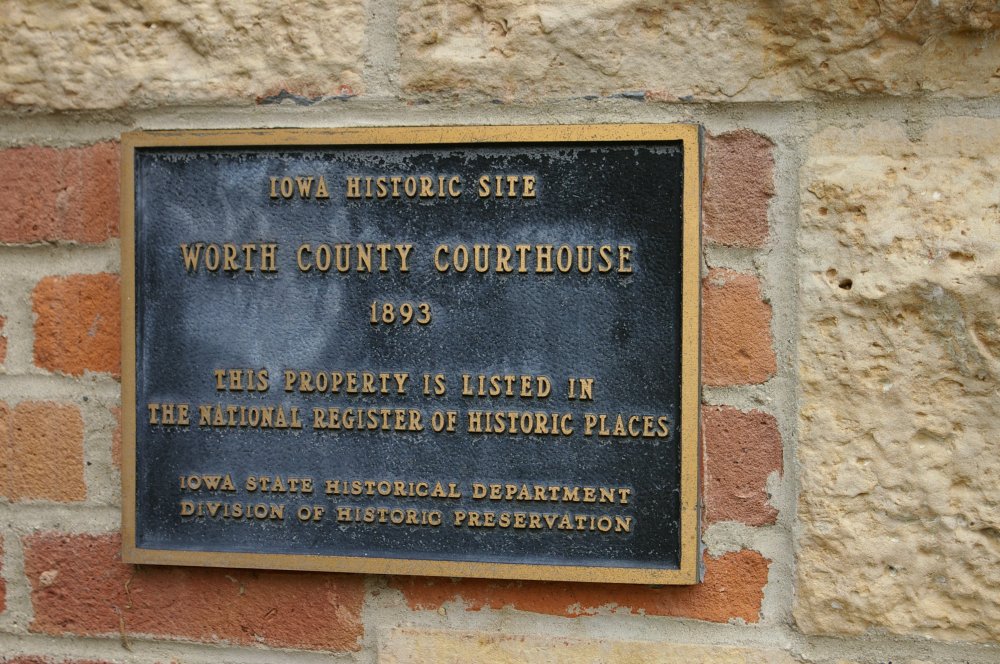 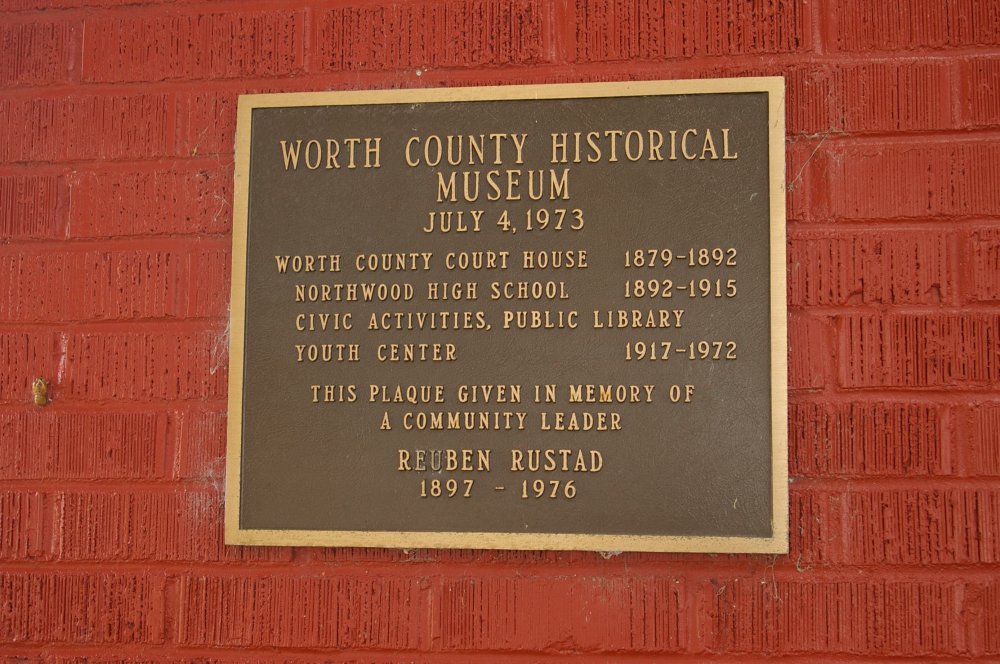