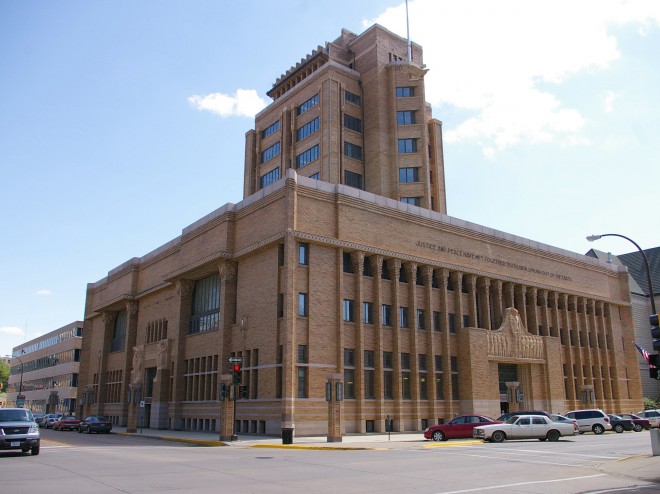 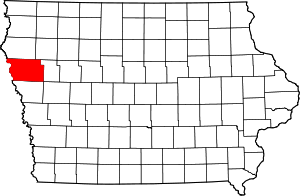 Description: The building faces west and is a ten story buff colored Roman brick and granite structure. The building is located in the center of Sioux City. The west entrance has a large square brick arch with sculptured figures representing the Spirit of Law. The main building rises five stories. In the center is a multi-story tower rising 157 feet. The interior is decorated with murals by John W Norton and has a skylight. The building houses the County District Court of the 3B Judicial District.

History:  The county was created in 1851 and Sioux City was selected as the county seat. Judge John C Cook contracted to build a courthouse for $848.08, but only the foundations were laid. The first courthouse was designed by William L Foster and constructed by Charles E Hedges and D T Hedges in 1878 at a cost of $75,000. The second and present courthouse was constructed in 1915 to 1918. 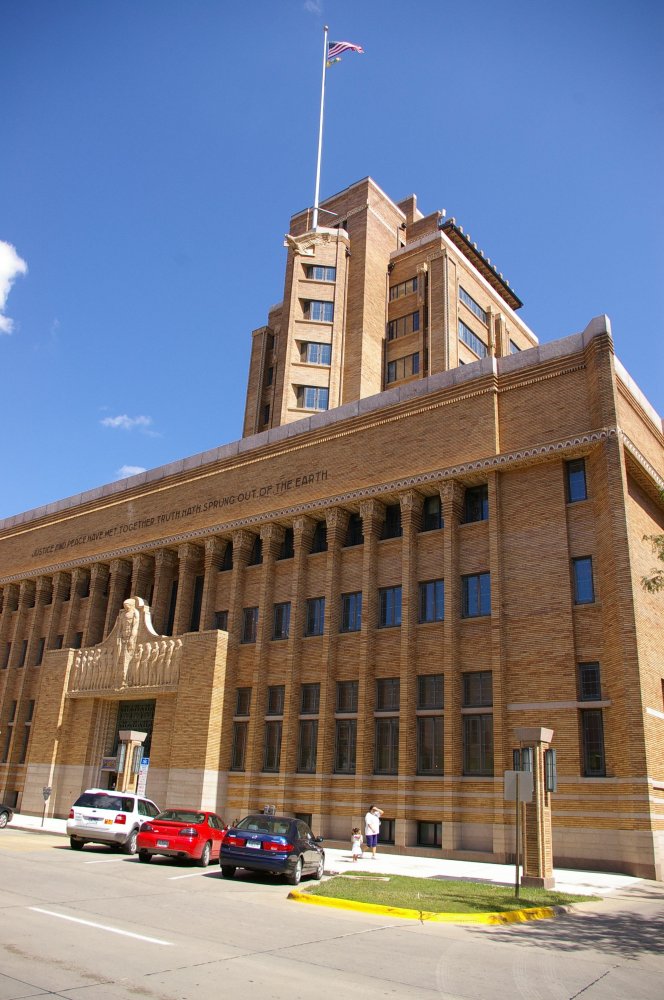 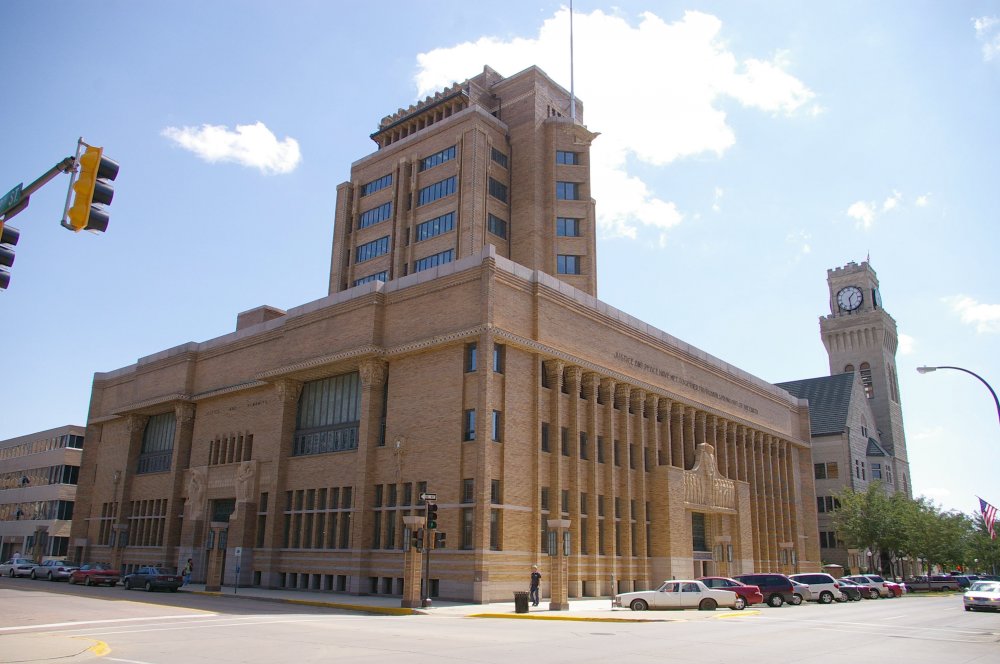 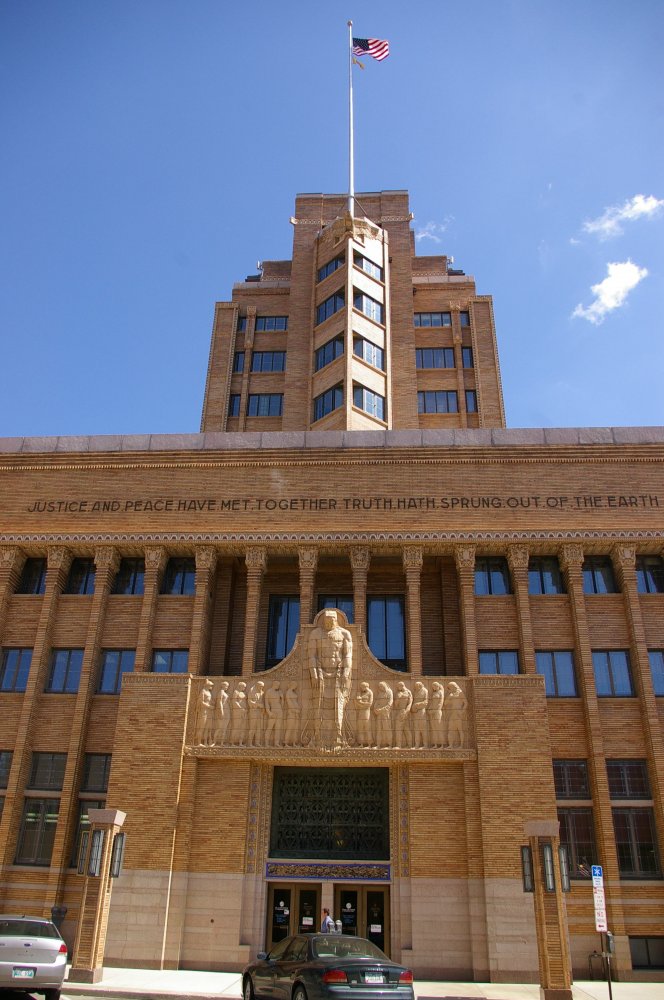 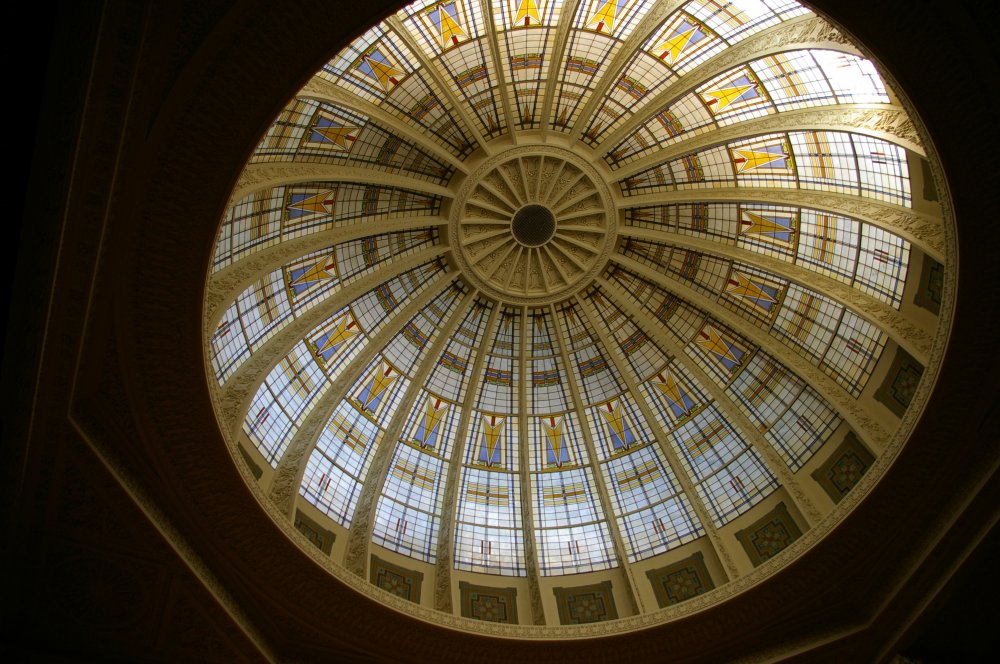 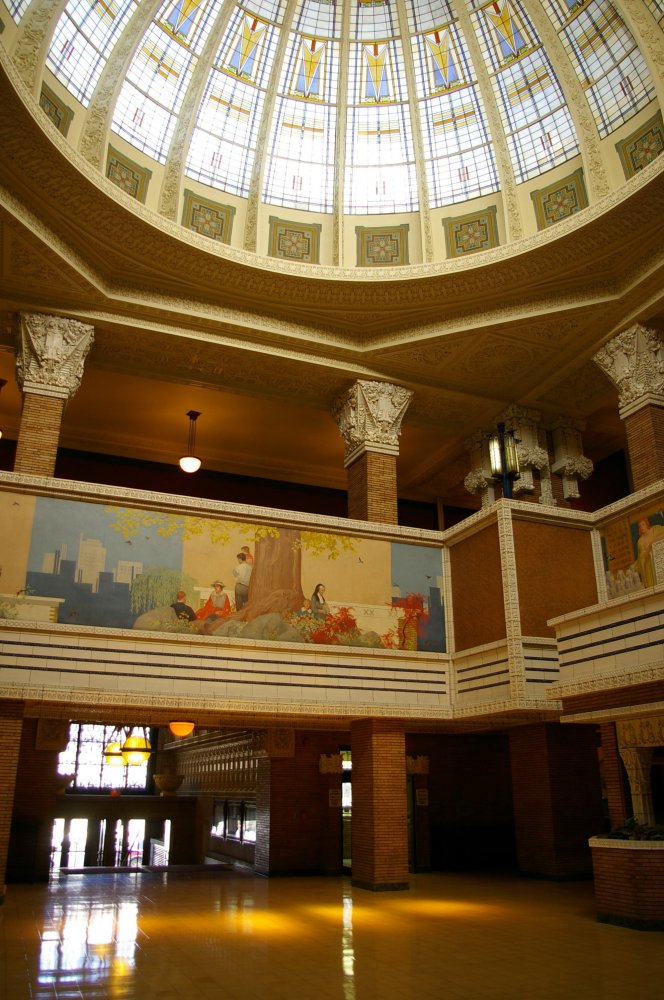 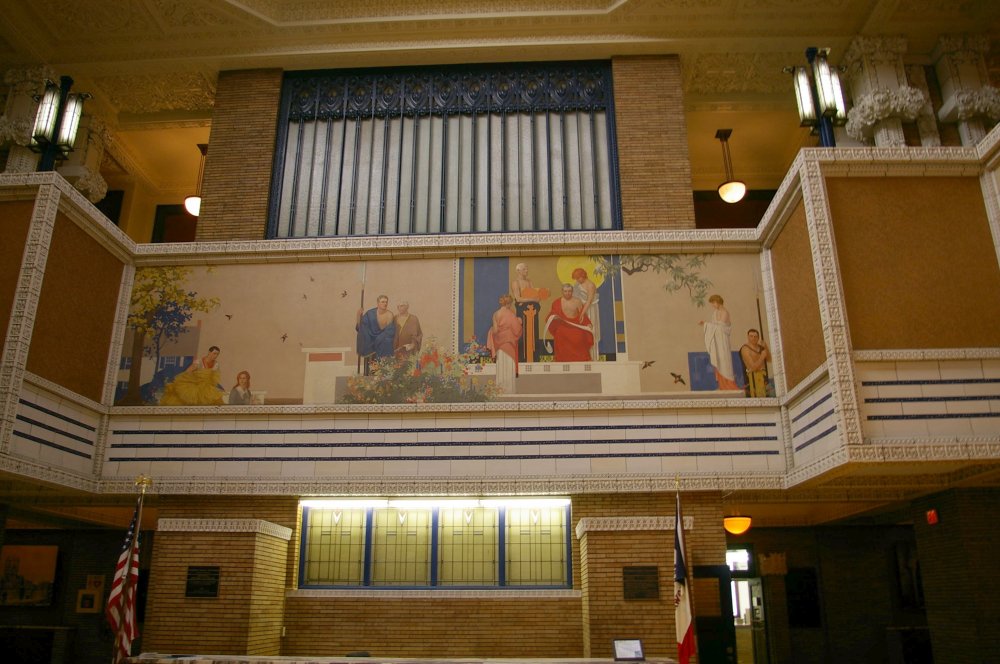 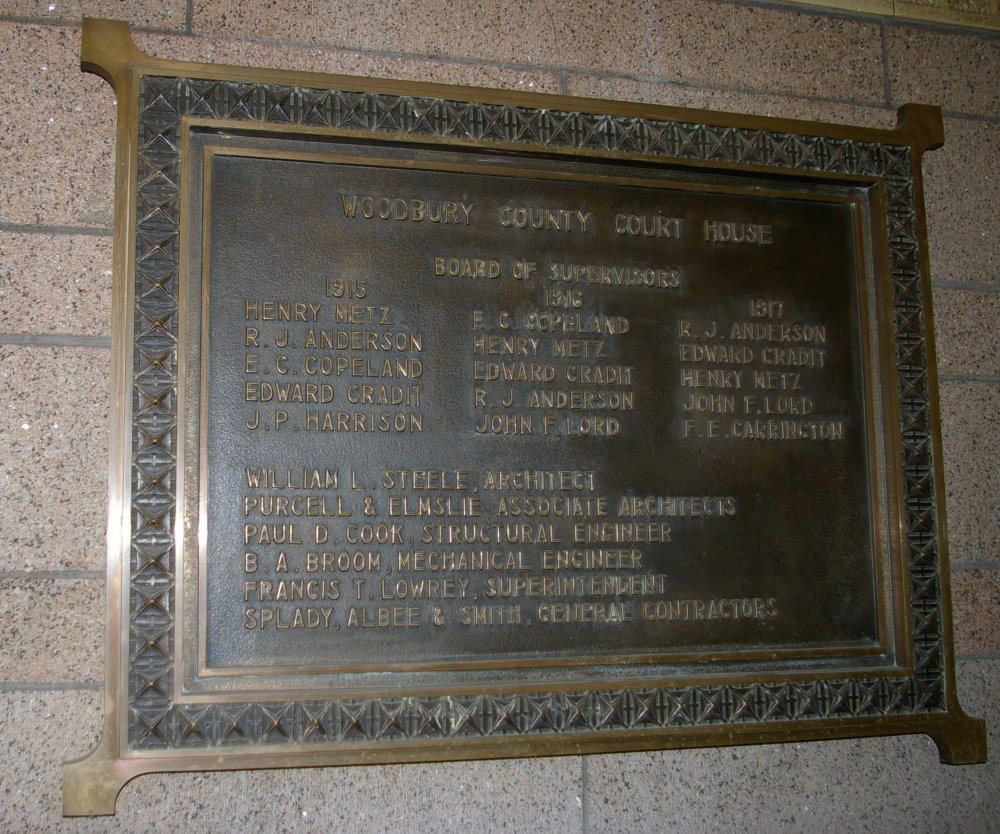 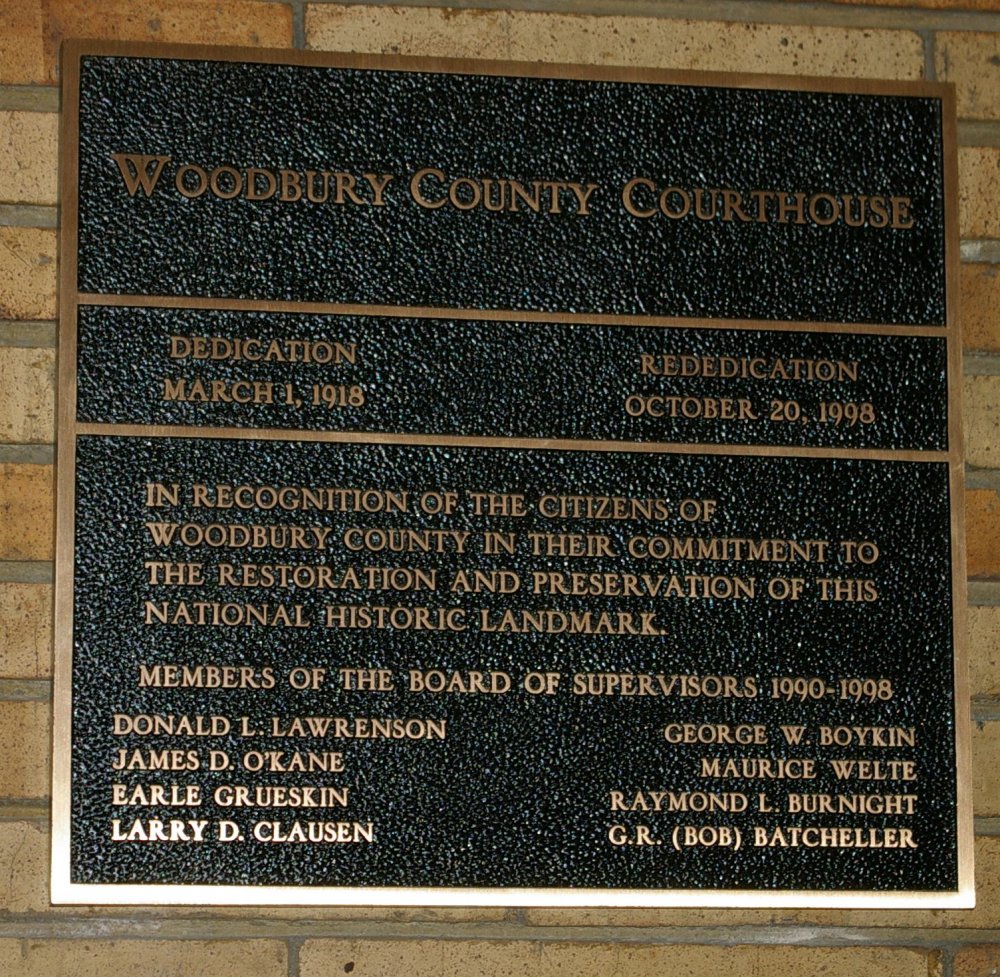