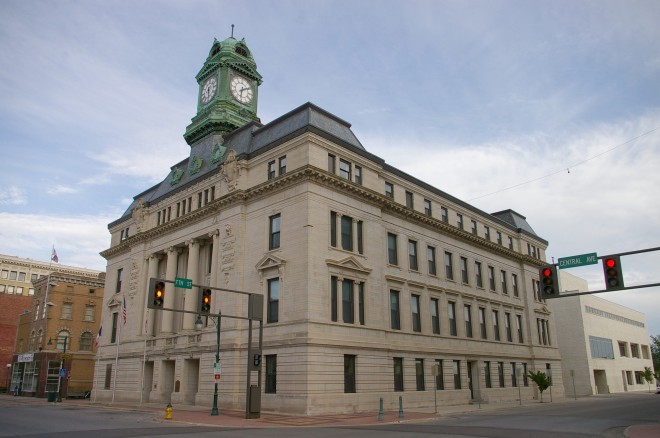 Description: The building faces north and is a four story stone structure. The building is located in the center of Fort Dodge. The north front has four stone ionic columns rising from the second to third stories. There are three square openings at the south entrance on the first story. Above the entrance rises a green colored clock tower. A projecting cornice divided the third and fourth stories. The building has a green colored mansard roof. The interior features a rectangular light court that is covered with a white colored glass barrel-vaulted skylight.. A marble staircase with brass balustrade and handrails is located in the light court. The perimeter of the court is set off by column screens with columns in the Corinthian and Ionic orders. The space is decorated with Adamesque details. The building houses the County District Court of the 2B Judicial District. 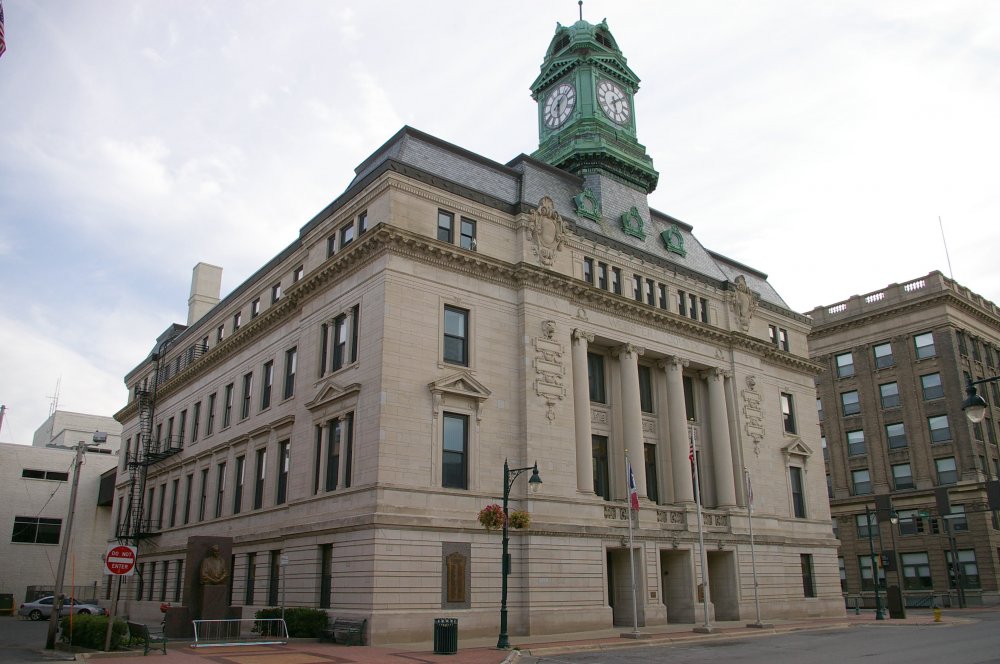 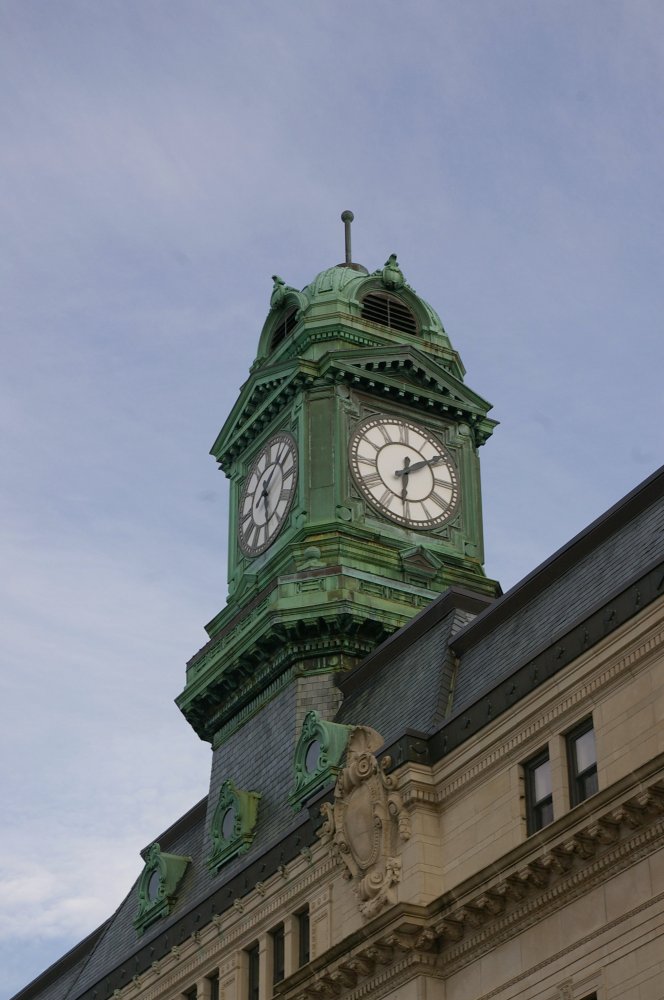 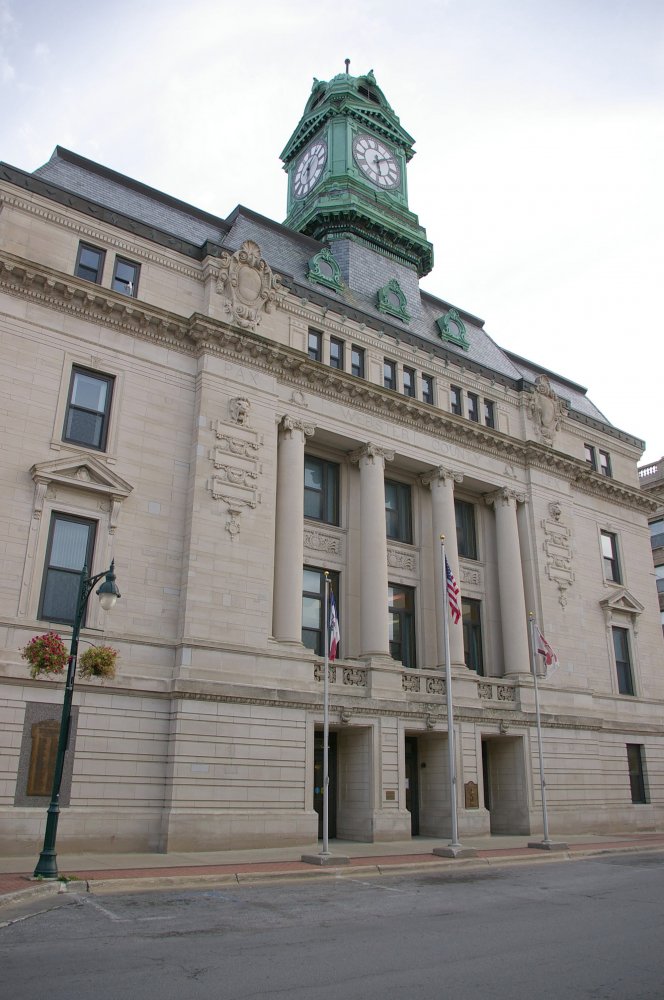 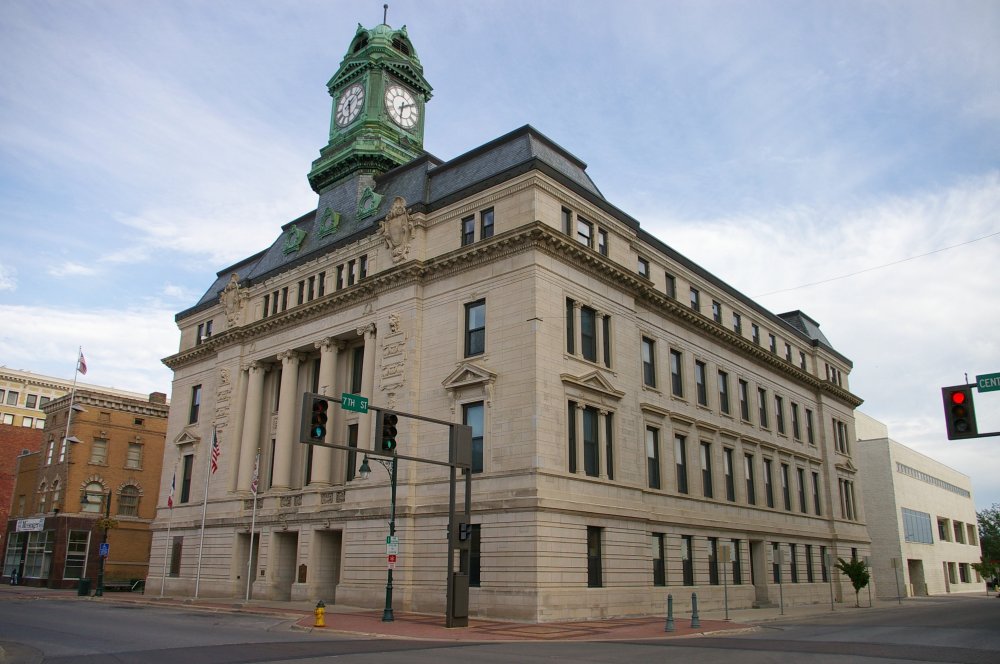 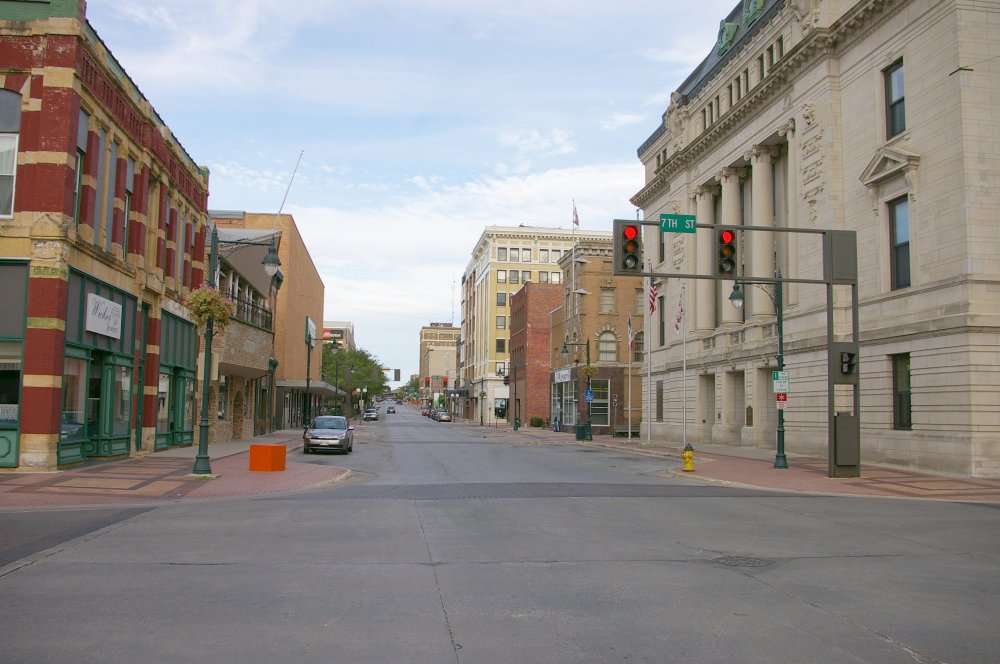 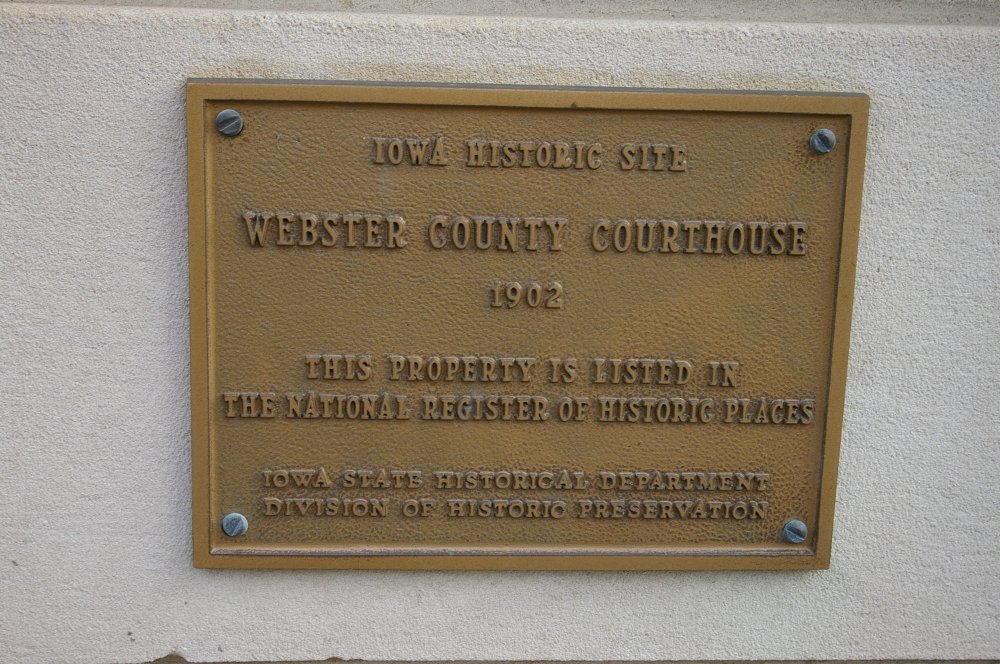