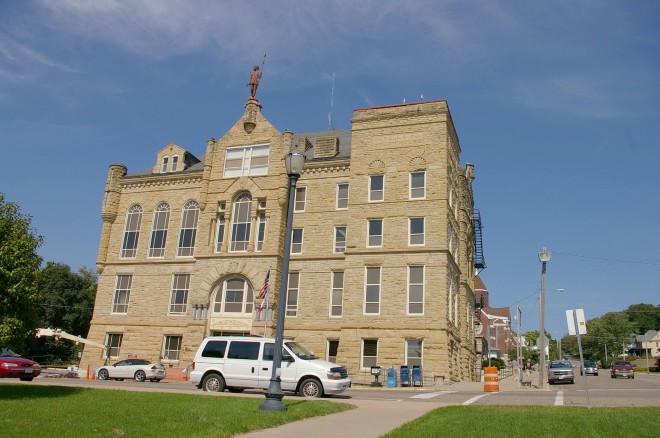 Wapello County is named for Chief Wapello, who was a chief of the Fox Native American tribe. 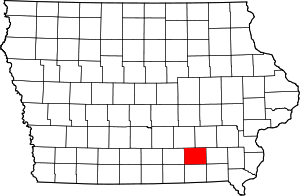 Description: The building faces southwest and is a four story buff rough-cut sandstone structure. The building is located on landscaped grounds in the center of Ottumwa. The south front has a projecting center section with large arch at the first story entrance which rises to the second story. Above are two small windows and a large window rising to a peak with the statue of Chief Wapello at the top. On the southeast corner is a large square tower which was formerly a clock tower. On the southwest corner is a small turret at the roof line. The building houses the County District Court of the 8A Judicial District. 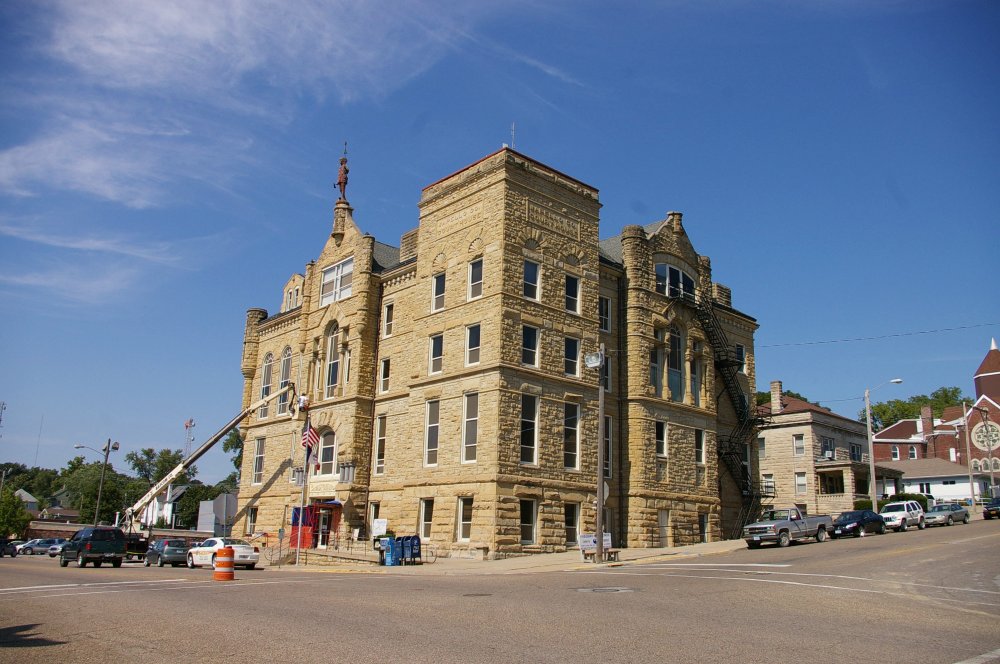 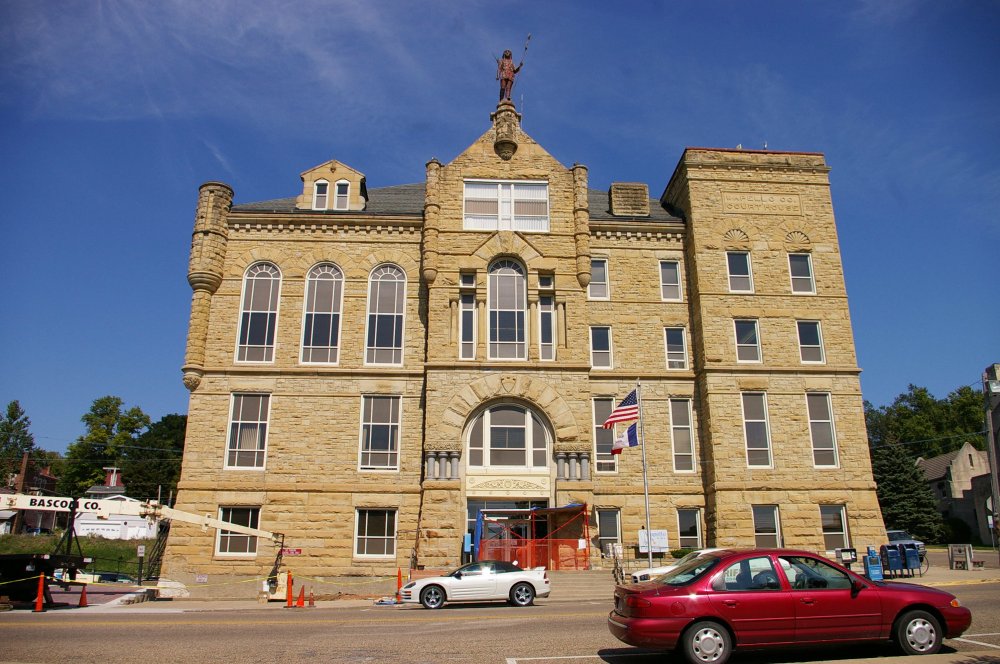 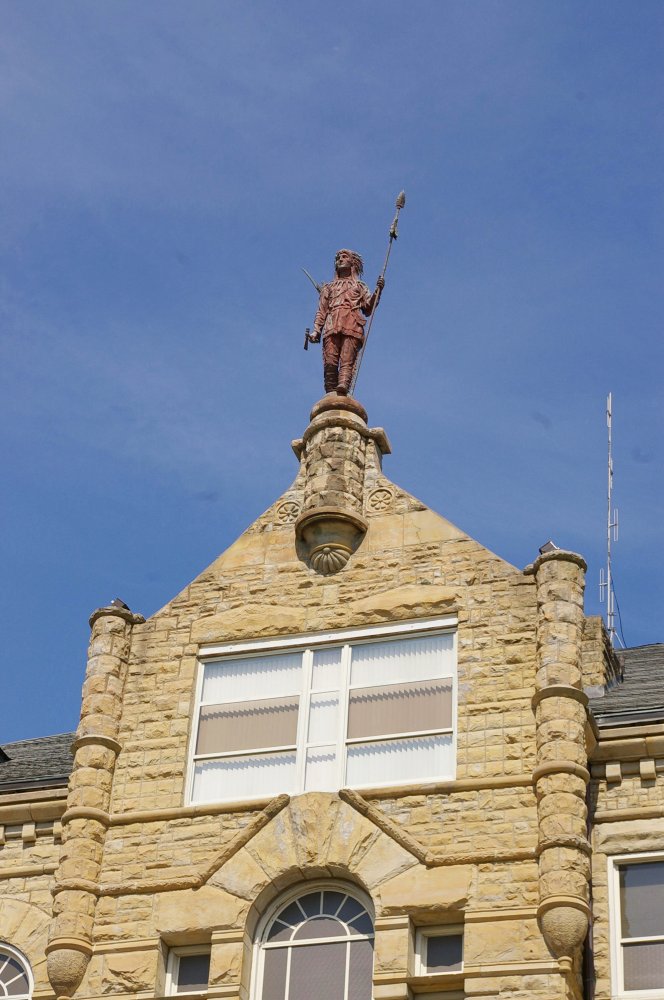 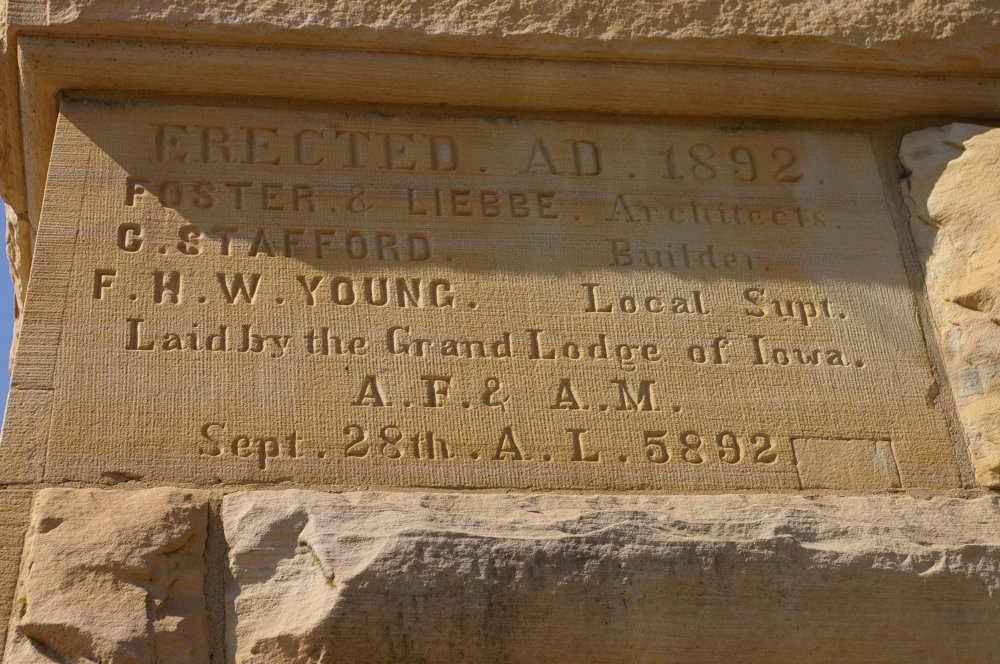 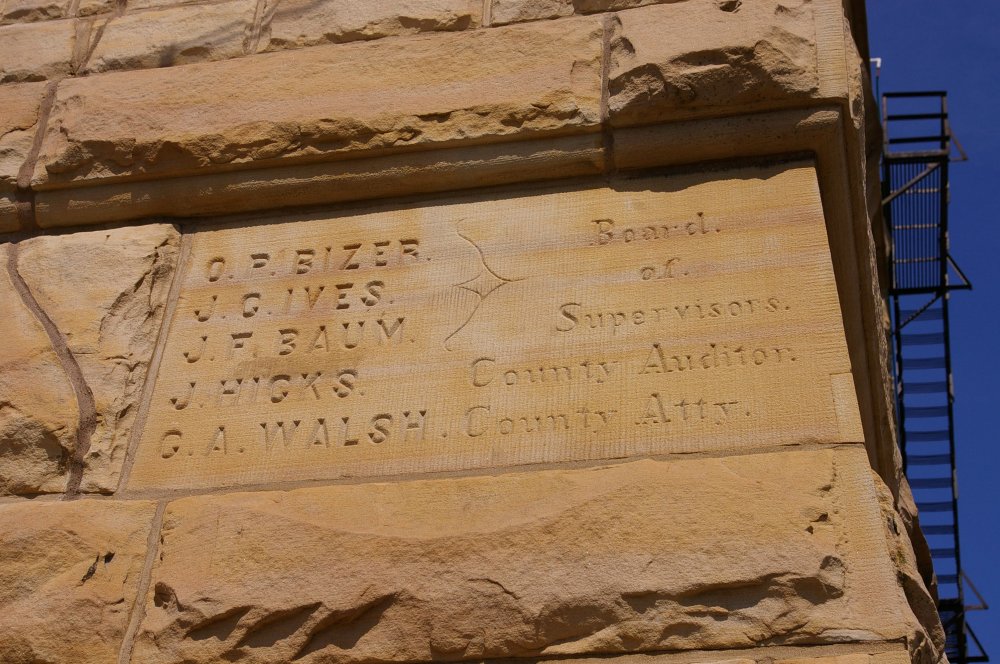