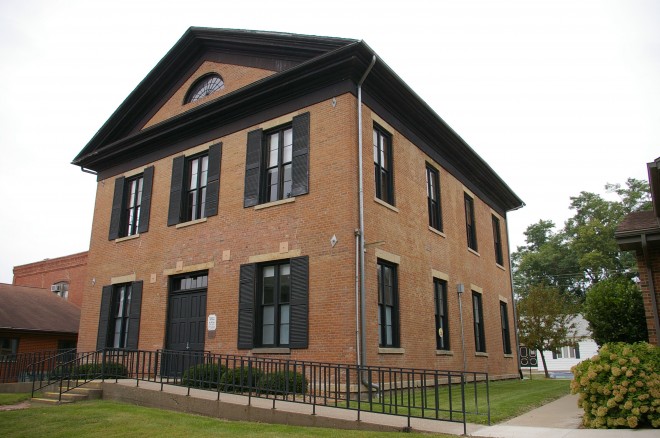 Van Buren County is named for Martin Van Buren, who was President of the United States of America.

Description:  The building faces southeast and is a two story light red colored brick structure. The building is located on landscaped grounds in the center of Keosauqua. One foot square oak timbers support the floor. The roof eaves extend out from the building. The windows have stone headers and lentils and the timbers and trusses are oak. The roof is hipped. The interior is finished in walnut. The courtroom occupies the whole second story. The building houses the County District Court of the 8A Judicial District. A modern addition has been constructed on the siuth side.

History:  The county was created in 1836 and Framington was designated as the county seat in 1837. The county seat was moved to Keosauqua in 1838. The first and present courthouse was constructed in 1840 to 1843. 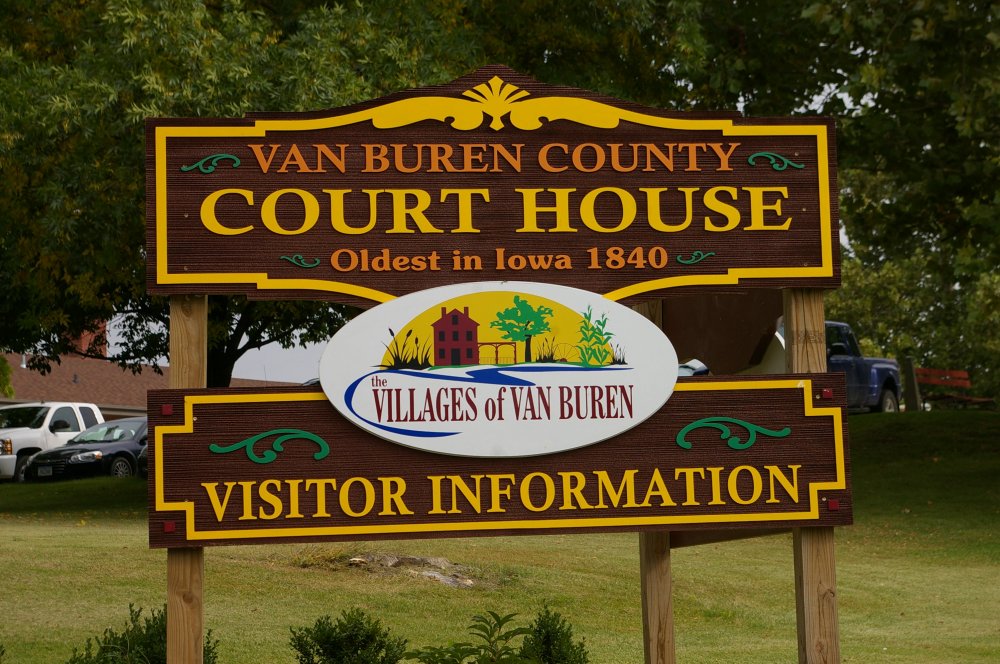 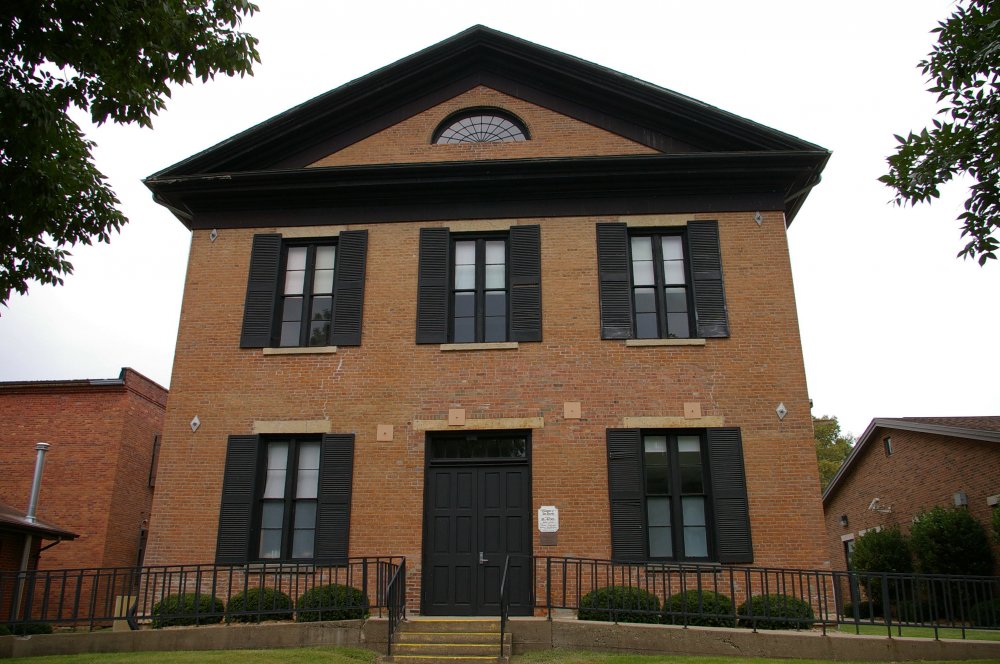 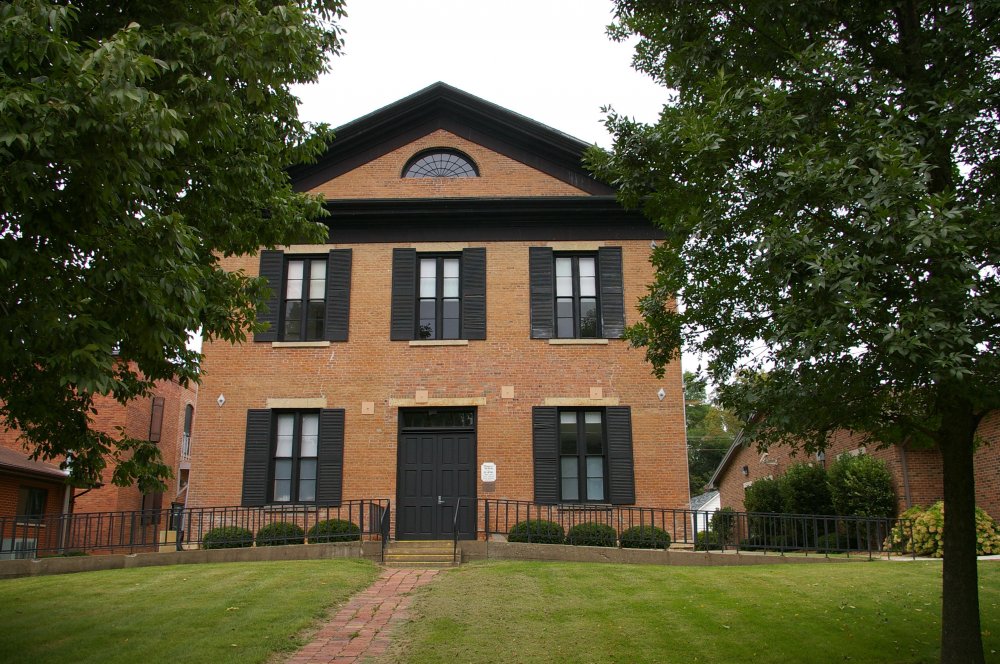 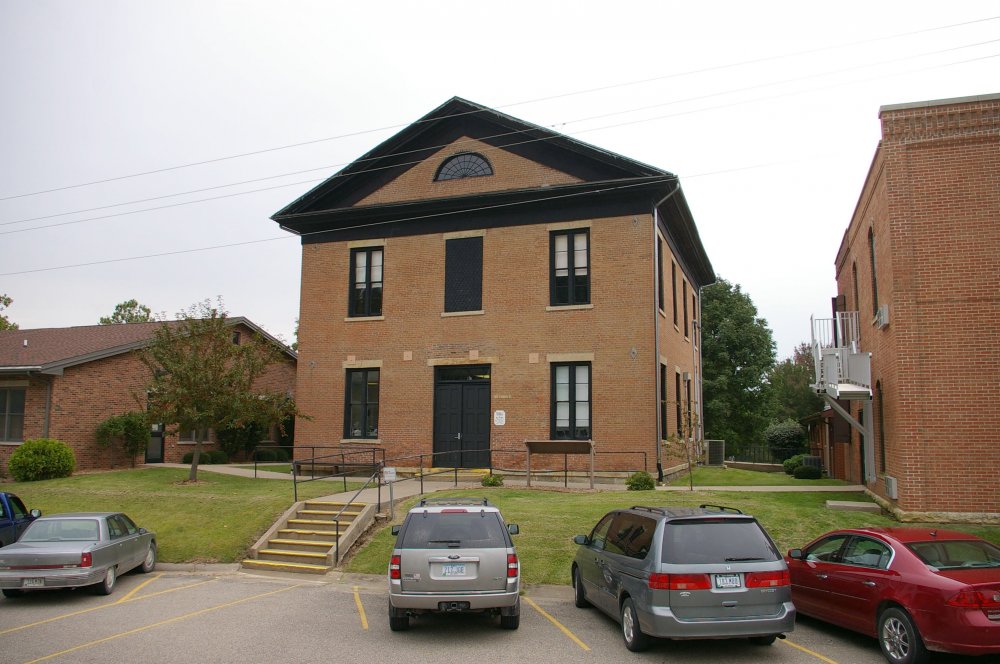 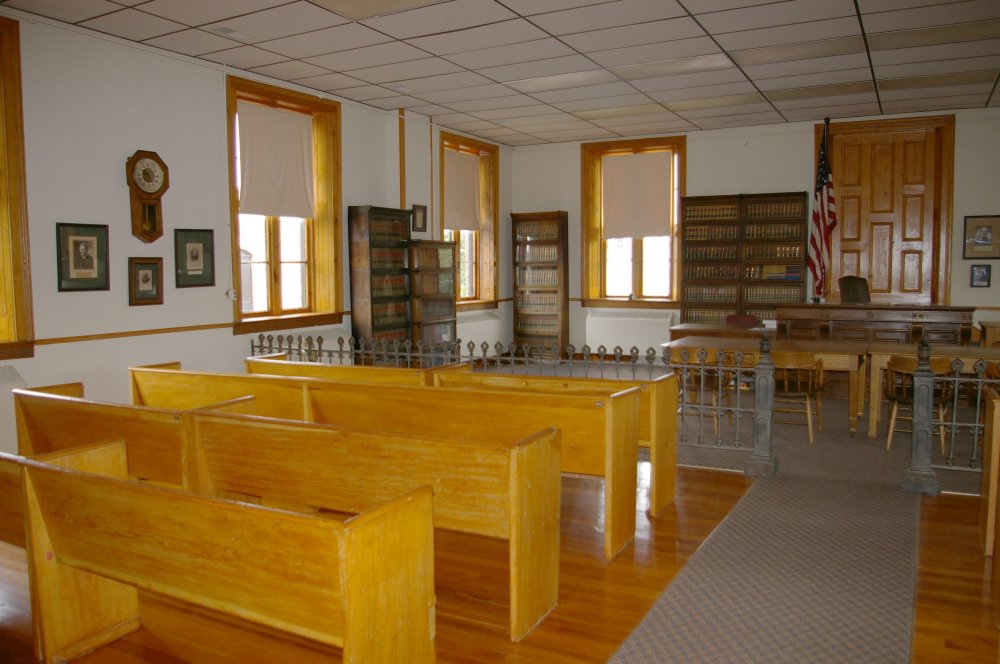 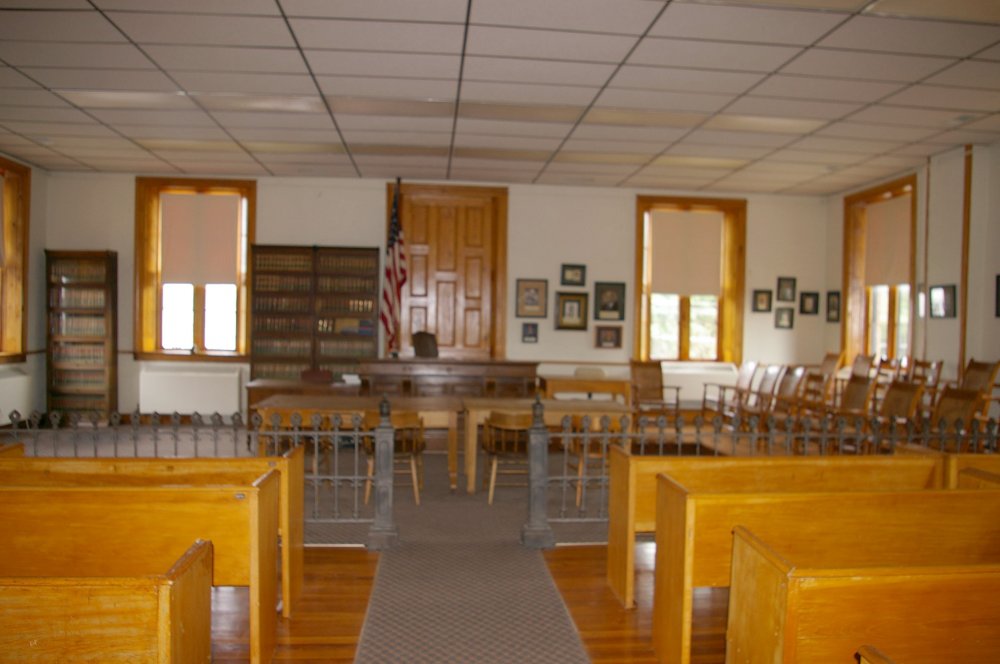 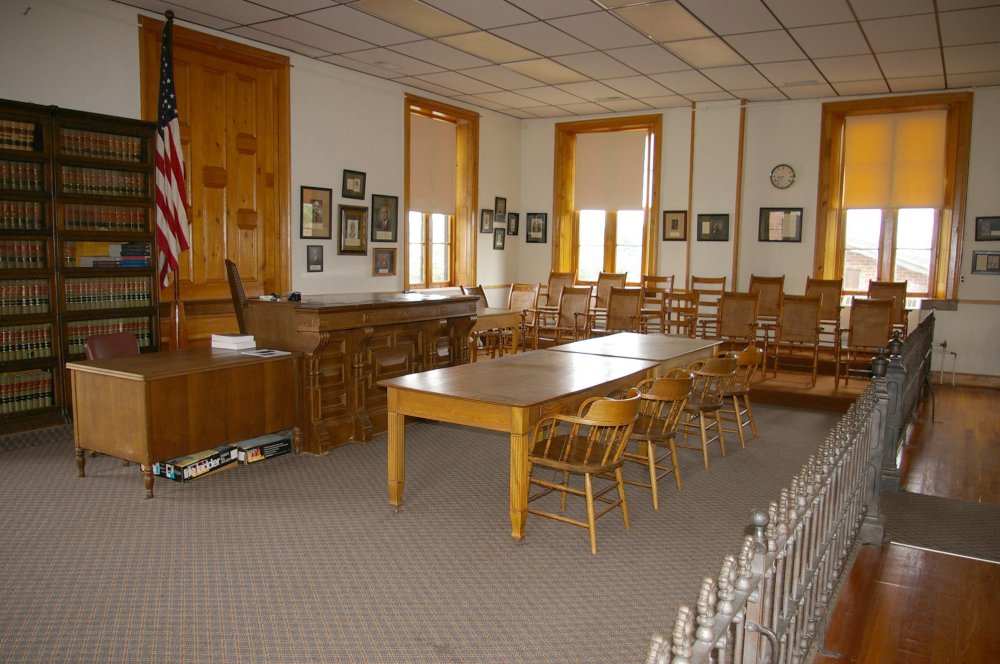 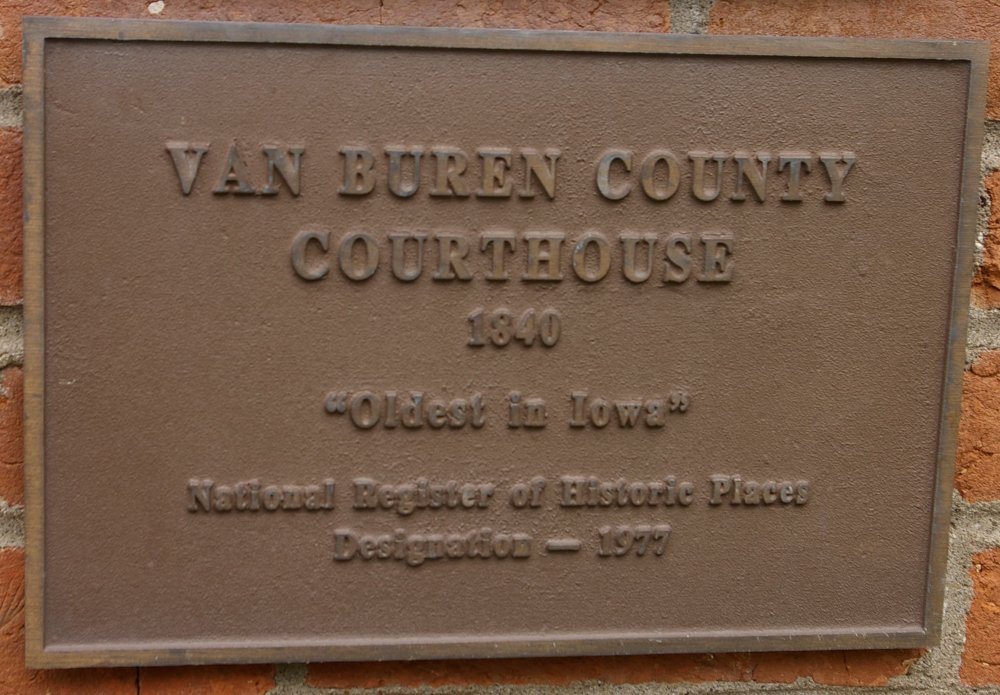 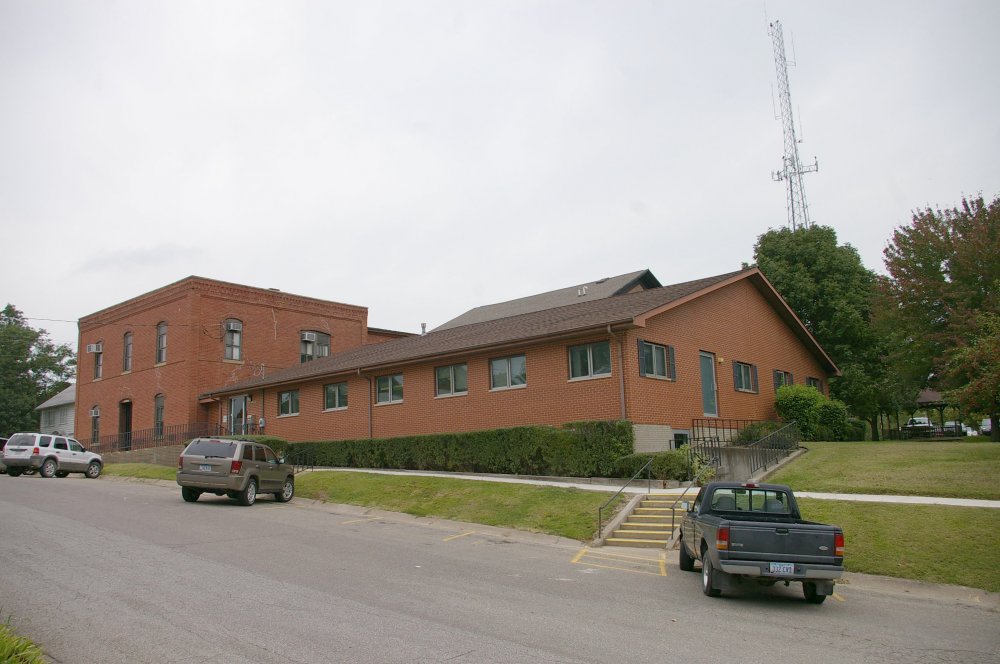