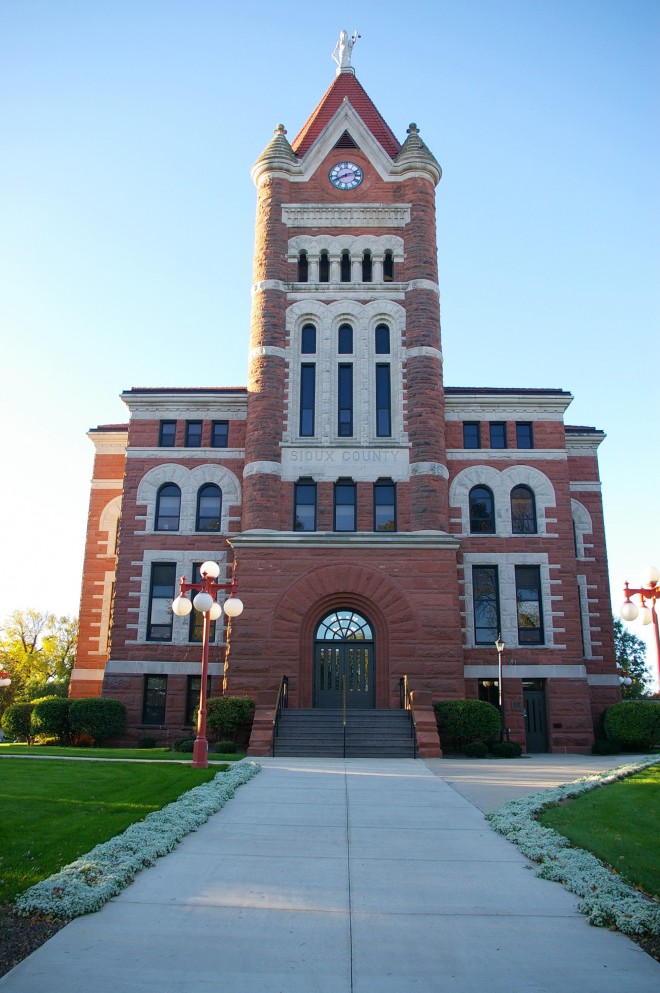 Sioux County is named for the Sioux Native American tribe who lived in the area.

Description: The building faces north and is a three story reddish colored sandstone and concrete structure. The building is located on landscaped grounds in the center of Orange City. The north front has a large Greek style portico with four large sandstone columns and wide sandstone steps. Above rises a large square clock tower with turrets and steep red roof with a statue of Justice at the top. The building has white colored stone trim around the windows and along the roof line. Public areas of the courthouse have marble floors, wainscoting and baseboards. The courtroom has oak woodwork, wainscoting and furnishings, original gas/electric light fixtures, and features a blind arcade across the front wall with a fresco above the bench. In the main hall are four portraits done by Fred Reinders, of Hospers, Iowa. They depict the four members of the scouting party sent from Pella, Iowa in 1869 to seek a location for a Dutch colony in Sioux County, which began the real settlement of the area. A painting of the expedition, also by Reinders, accompanies the portraits. The building houses the County District Court of the 3B Judicial District. The building was renovated from 1976 to 1982. 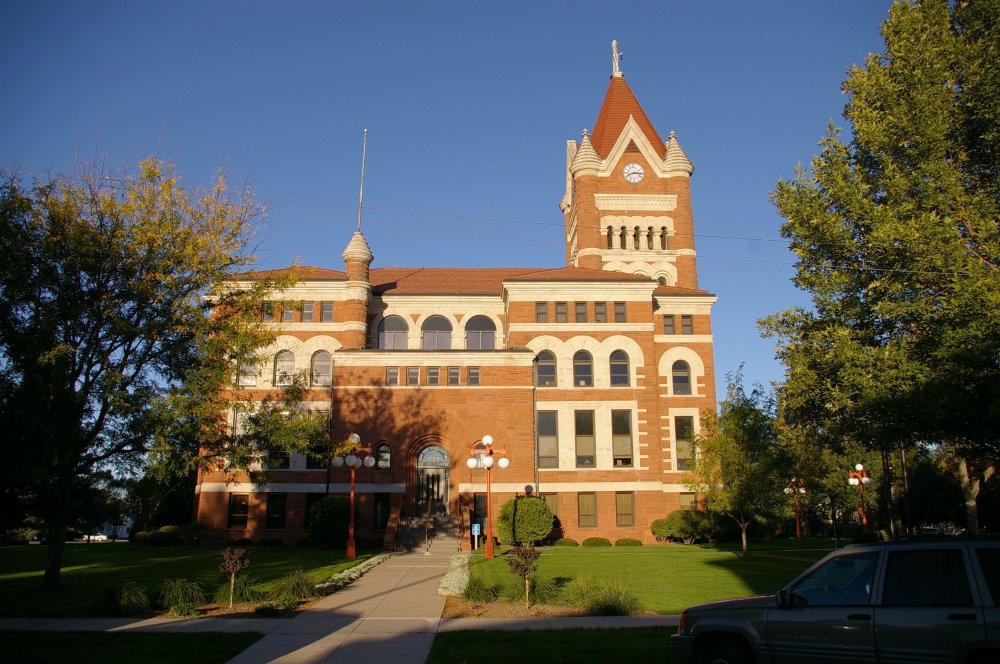 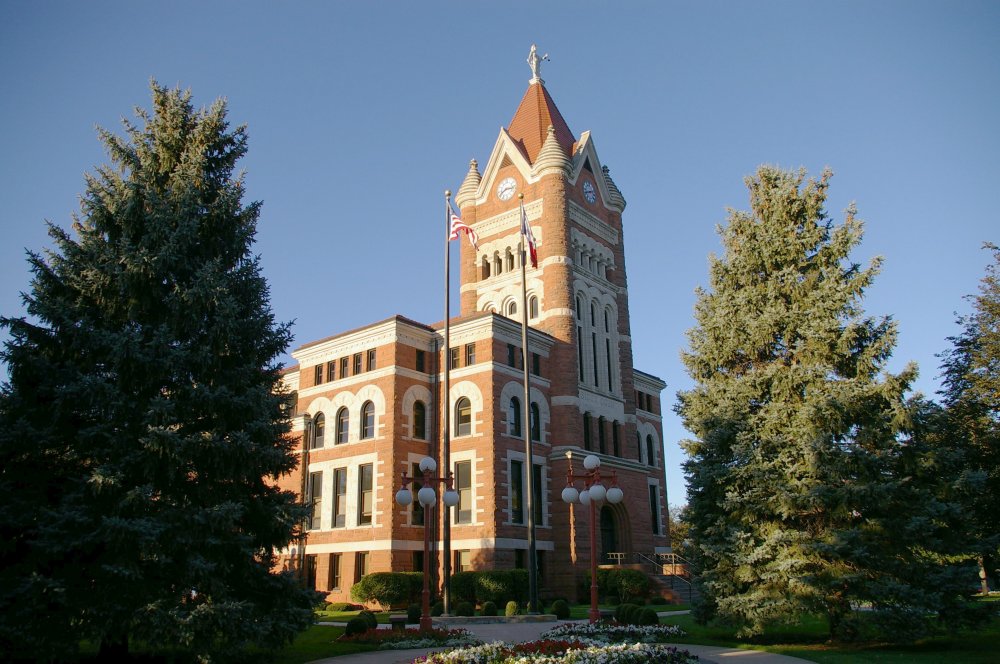 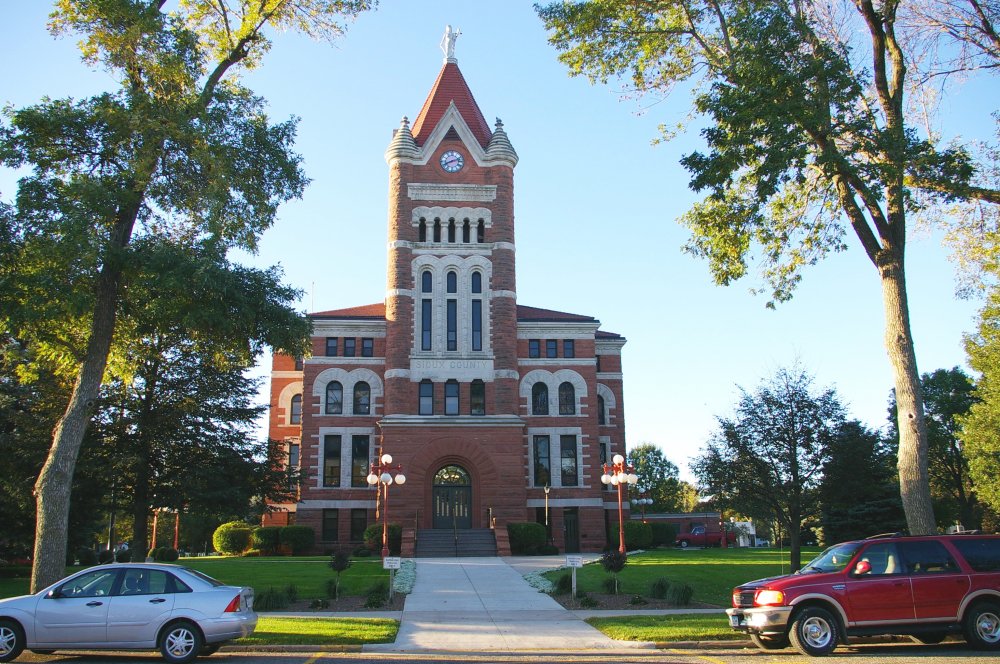 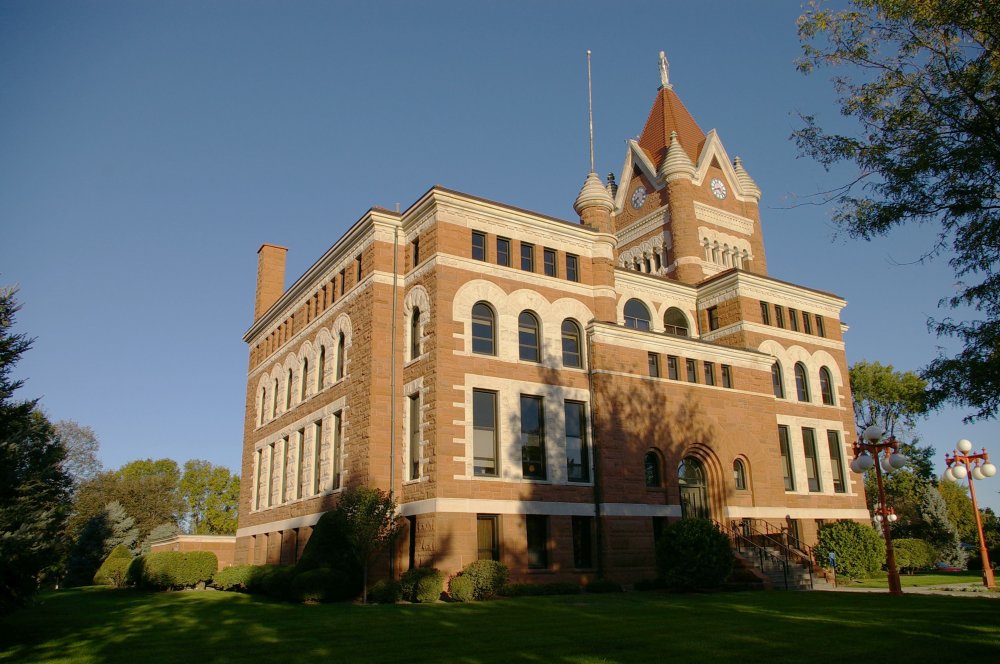 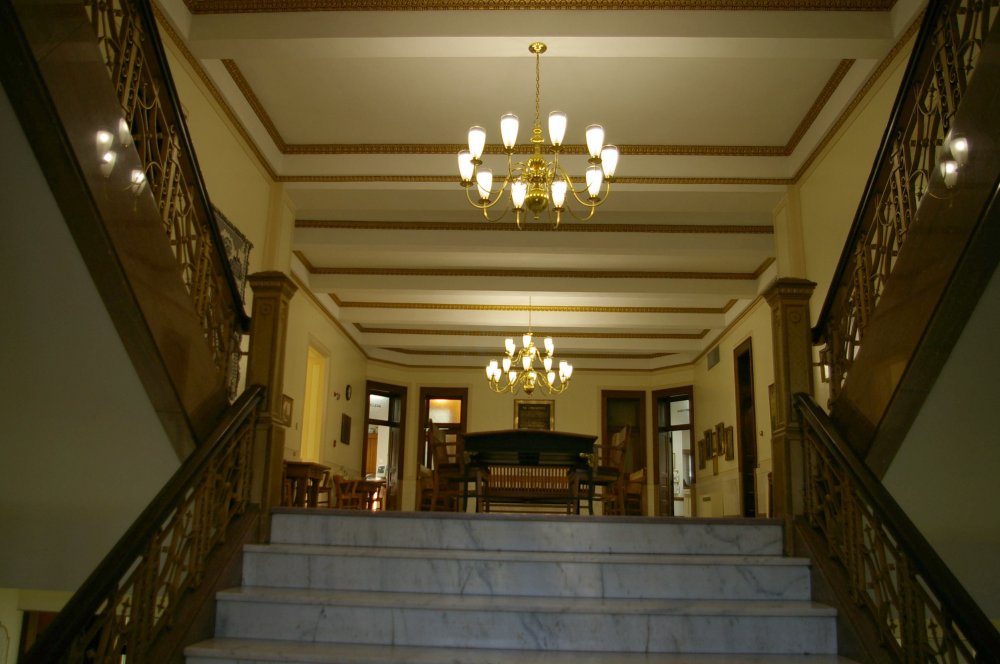 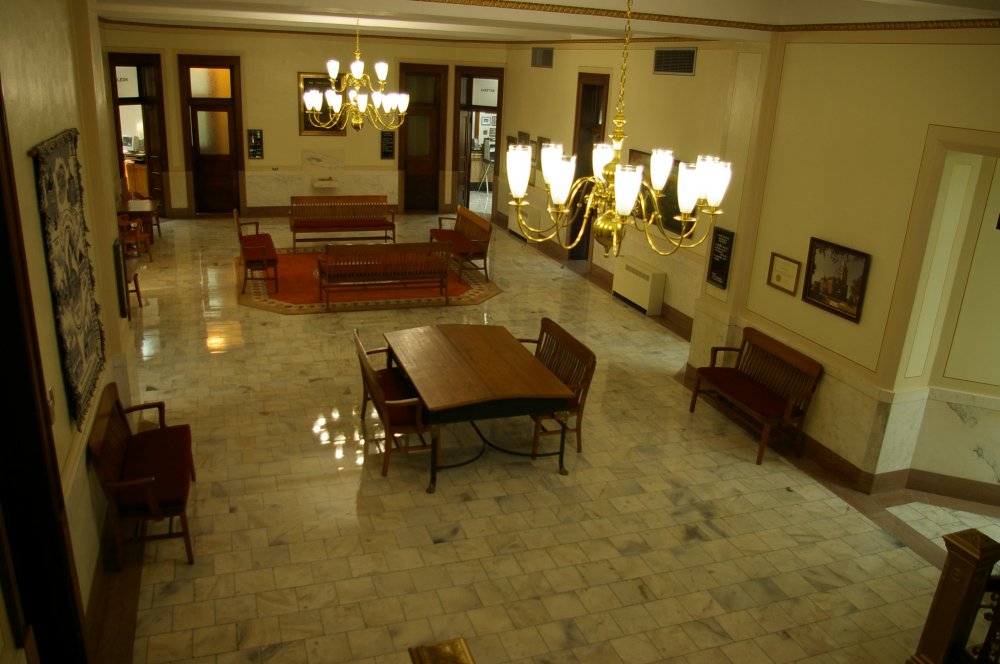 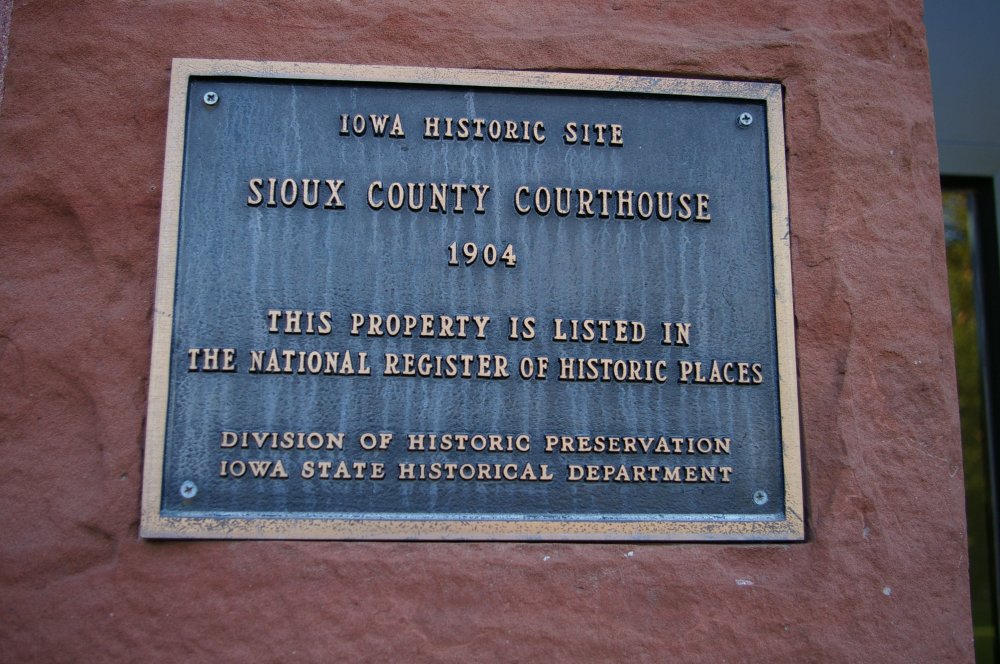