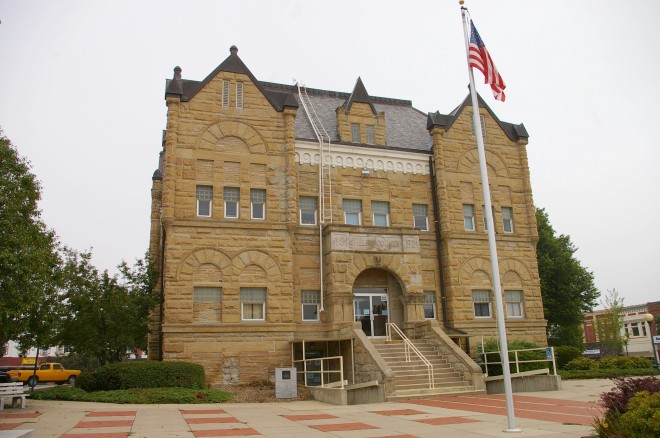 Shelby County is named for Isaac Shelby, who was a general in the American revolutionary War and the War of 1812, and who served as the first governor of Kentucky.

Description: The building faces south and is a two story buff stone structure. The south front has a projecting archway with recessed entrance on the first story. The east and west sections project from the building and have peaked roof lines. White colored stone trim runs below the central roof line with small dormer above. The building houses the County District Court of the 4 Judicial District. The dome was removed in 1899. The contractor was Larsen Brothers. 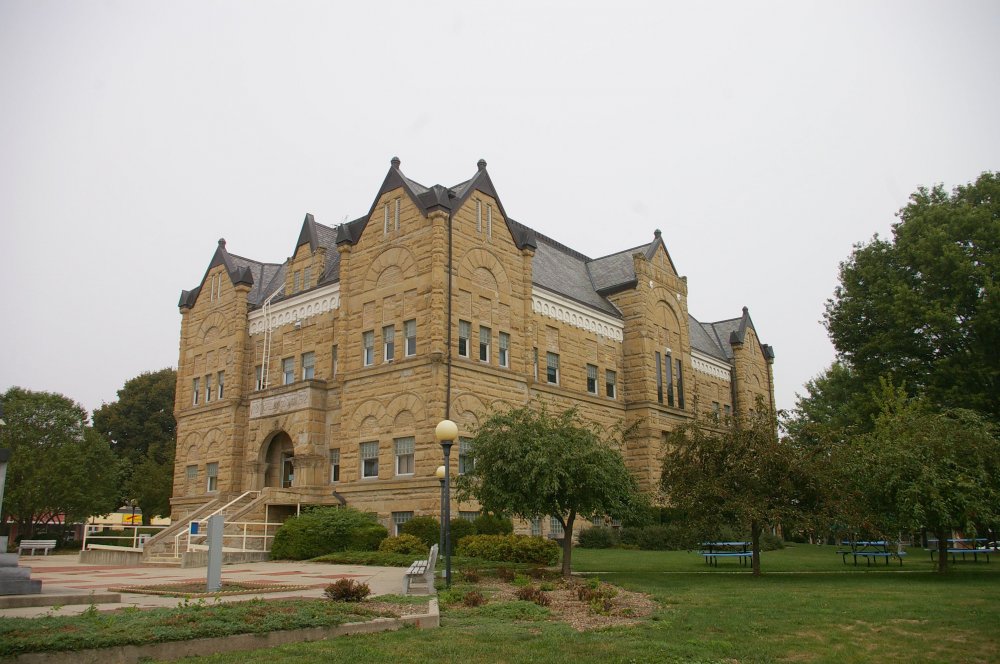 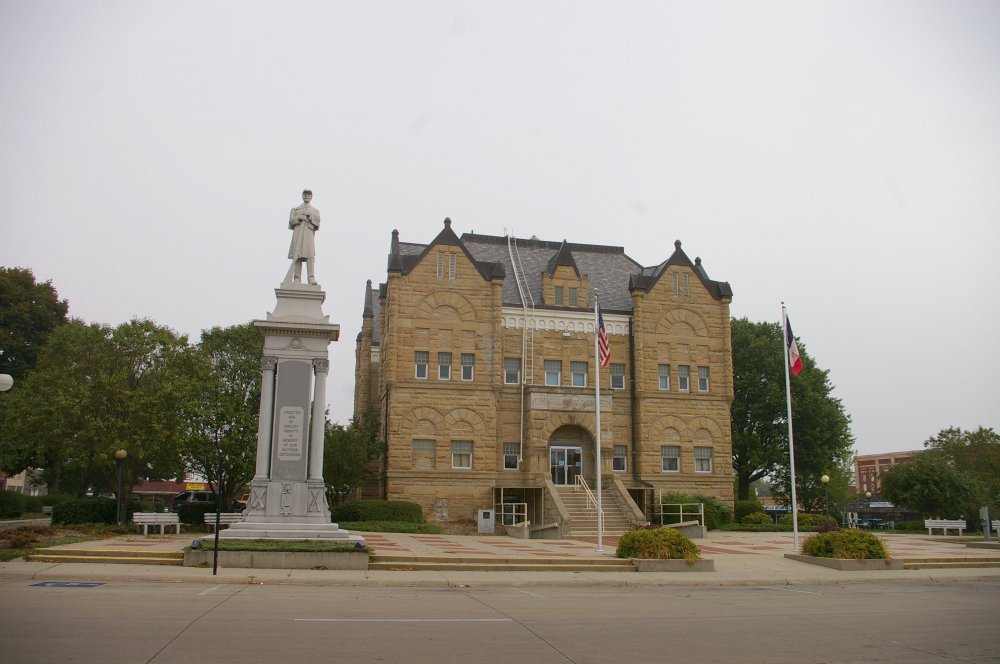 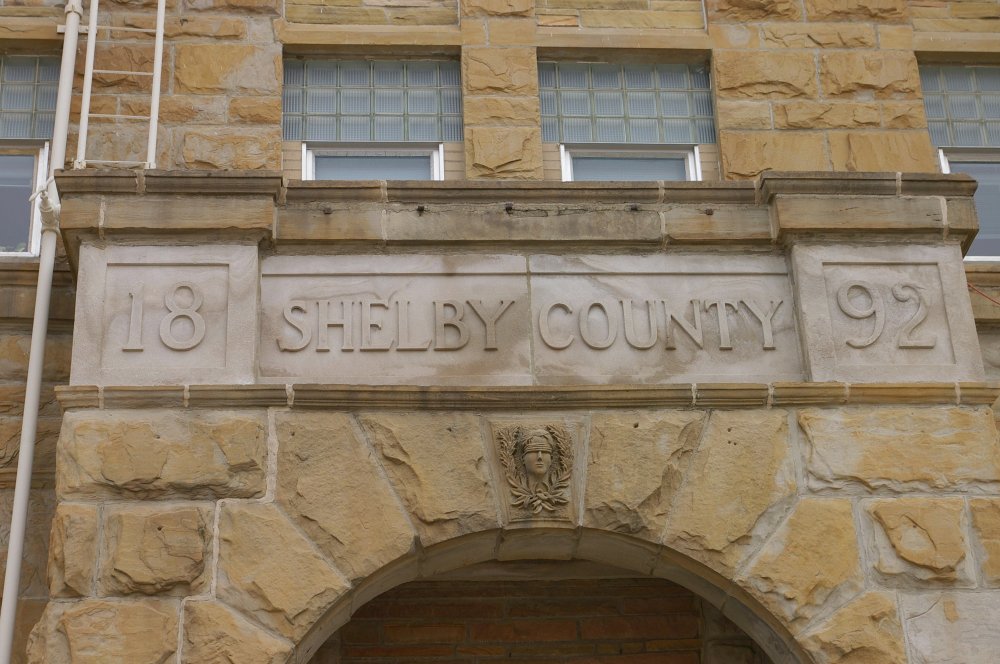 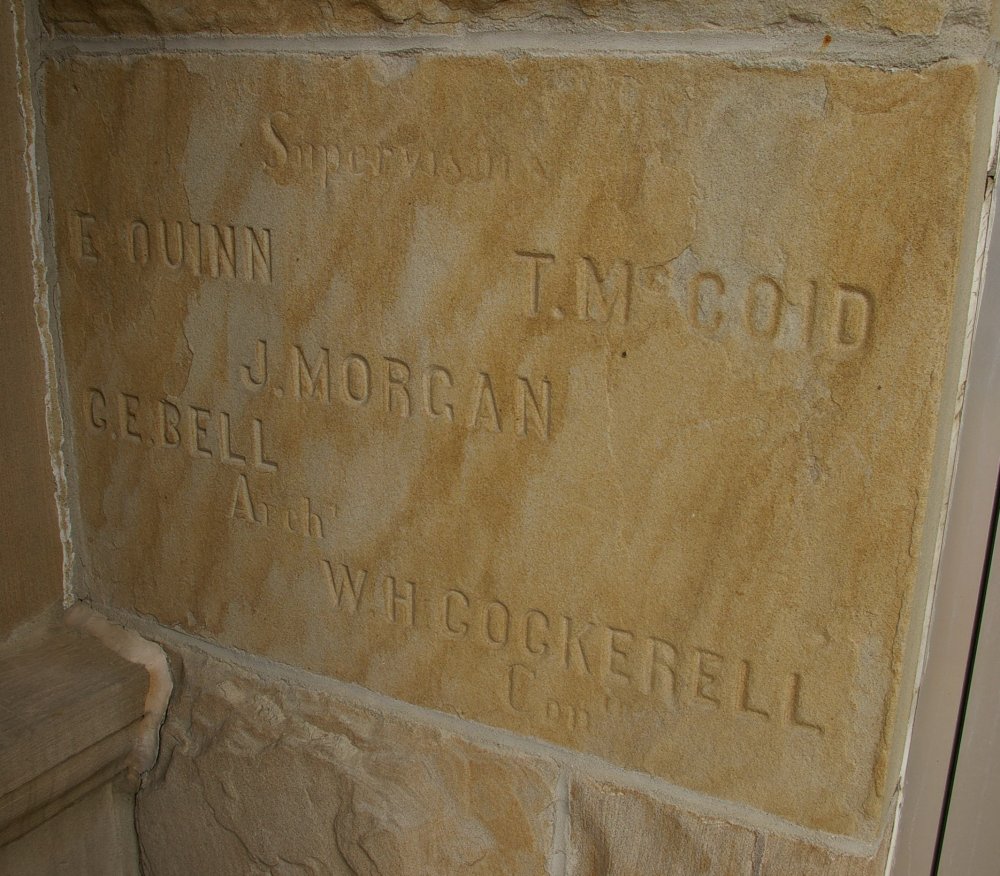