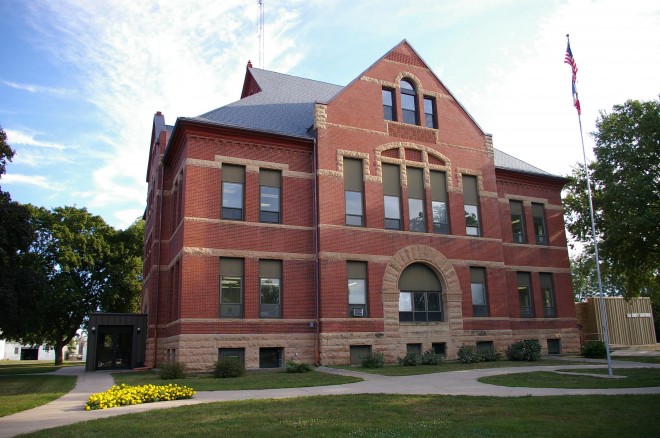 Sac County is named for the Sac Native American tribe.

Description: The building faces south and is a two story red colored brick structure. The building is located on landscaped grounds in the center of Sac City. The building has a stone arch with windows on the first story which used to be the main entrance. The base of the building is course stone and stone trim runs in horizontal bands and around the windows. The center section projects from the main building and rises to a third story peak. The building houses the County District Court of the 2B Judicial District. The building was renovated in 1900. An addition was added on the east side to house the courtroom in 1977. The architect was Keninger, Galvin & Associates and the contractor was McCorkle Construction Company. 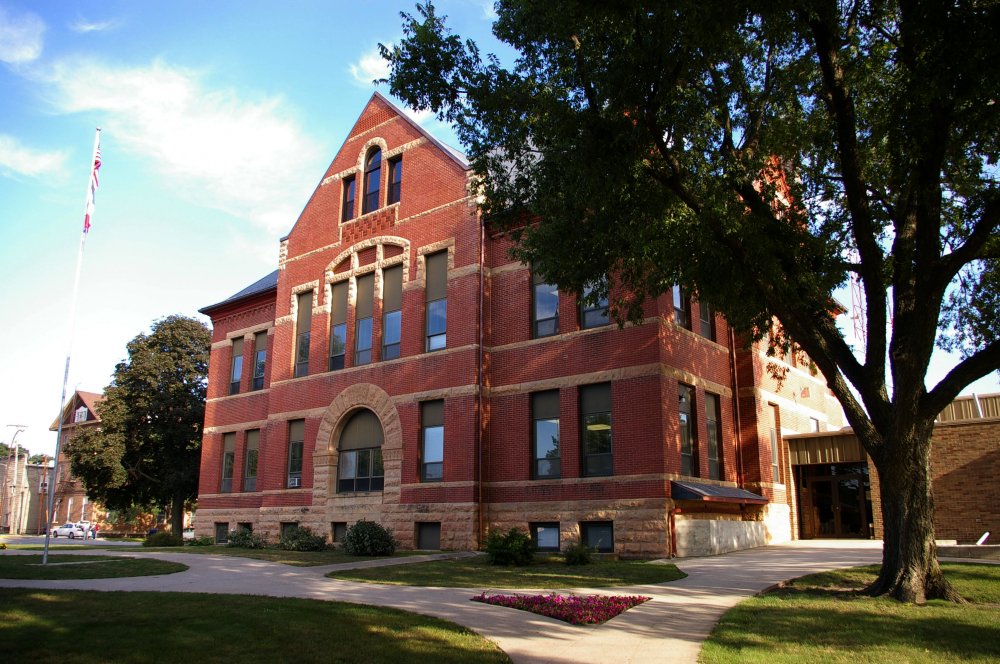 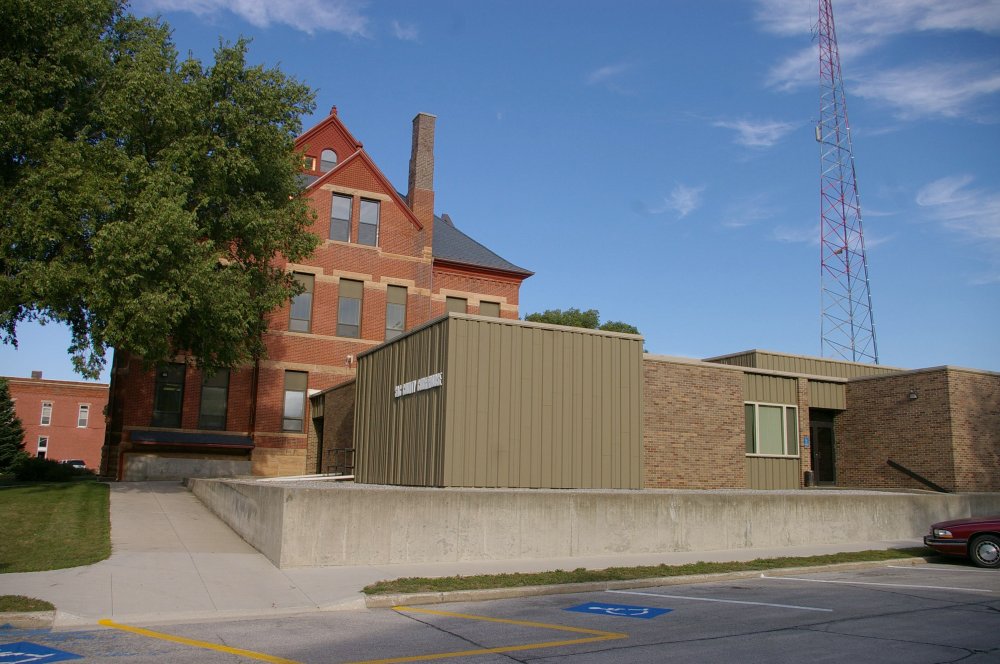 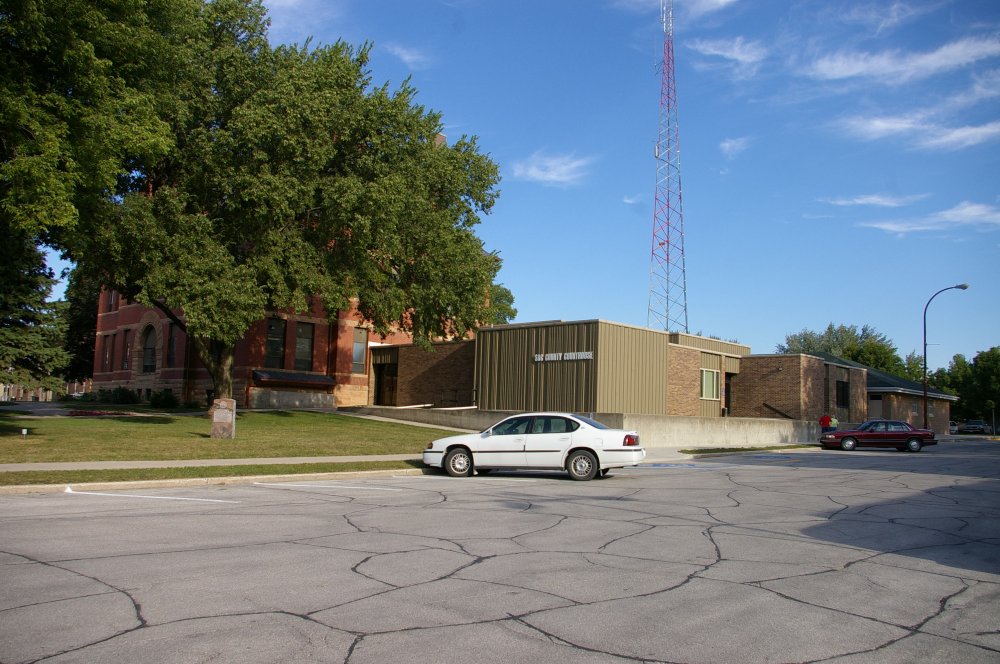 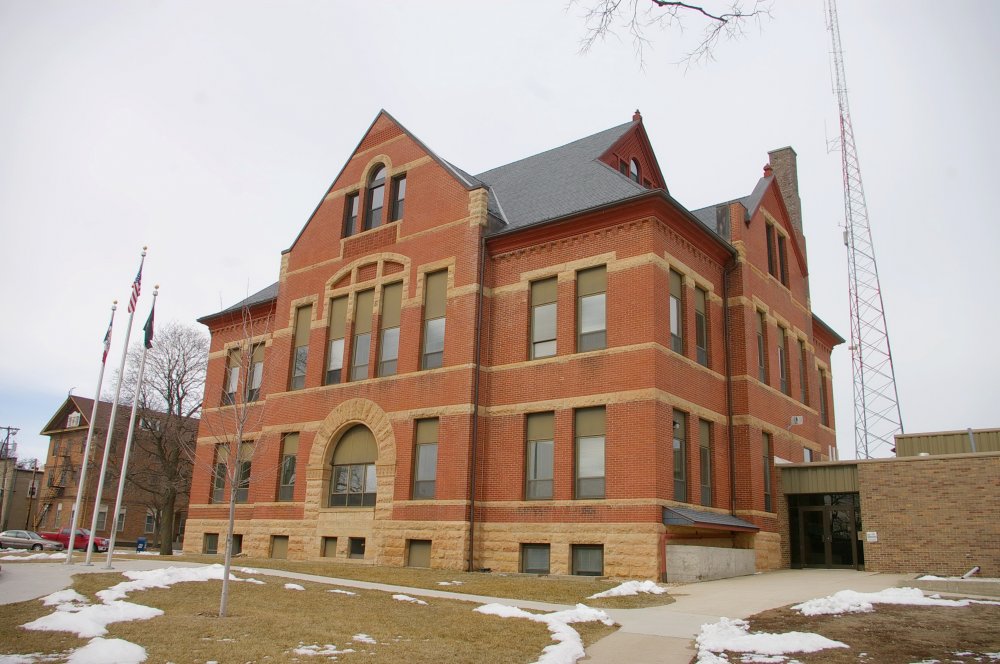 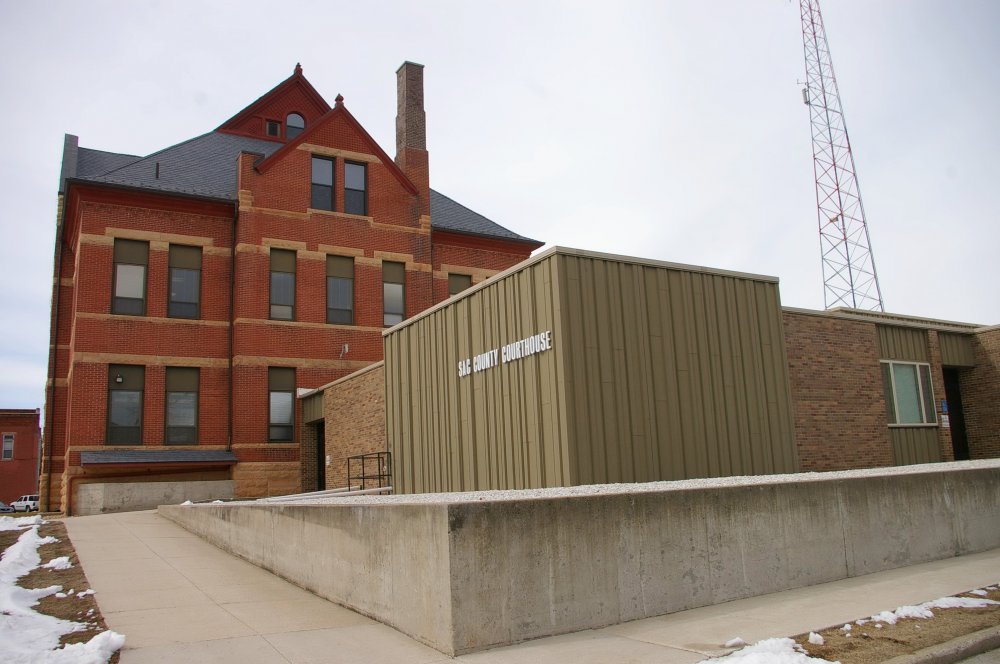 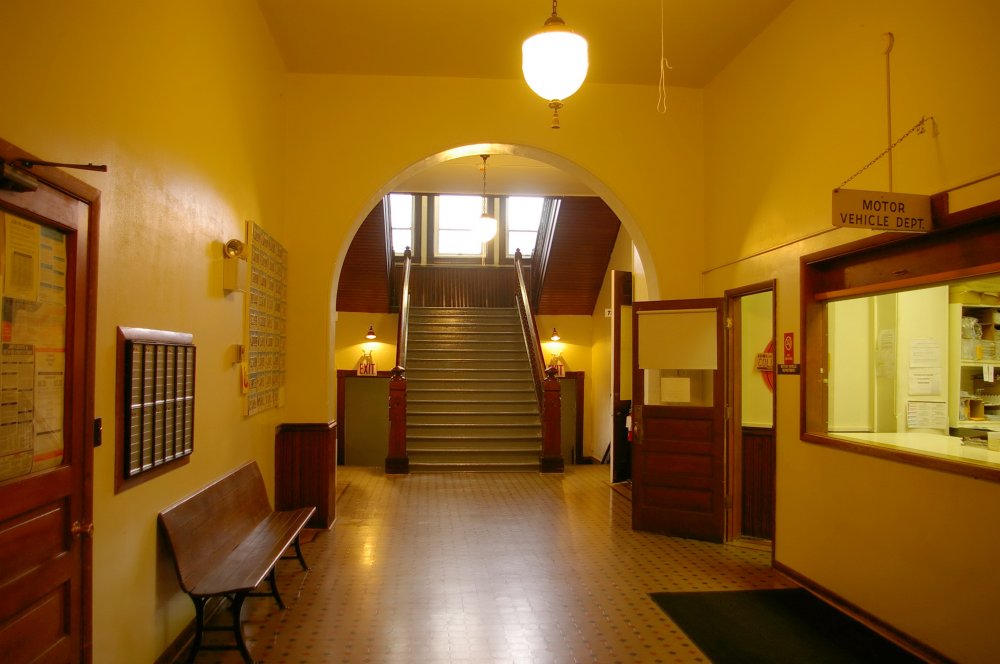 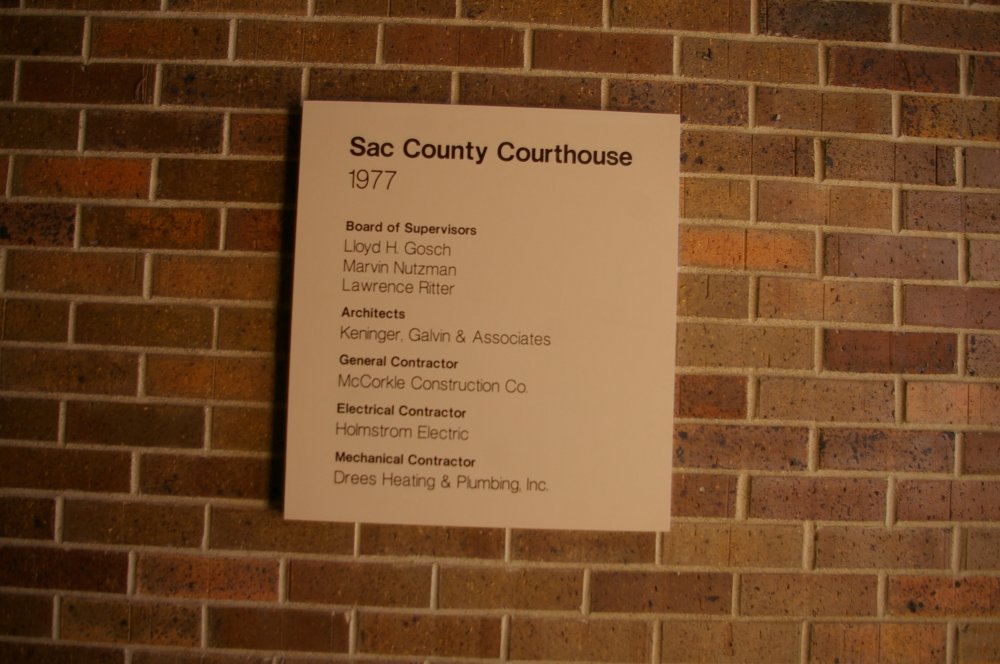 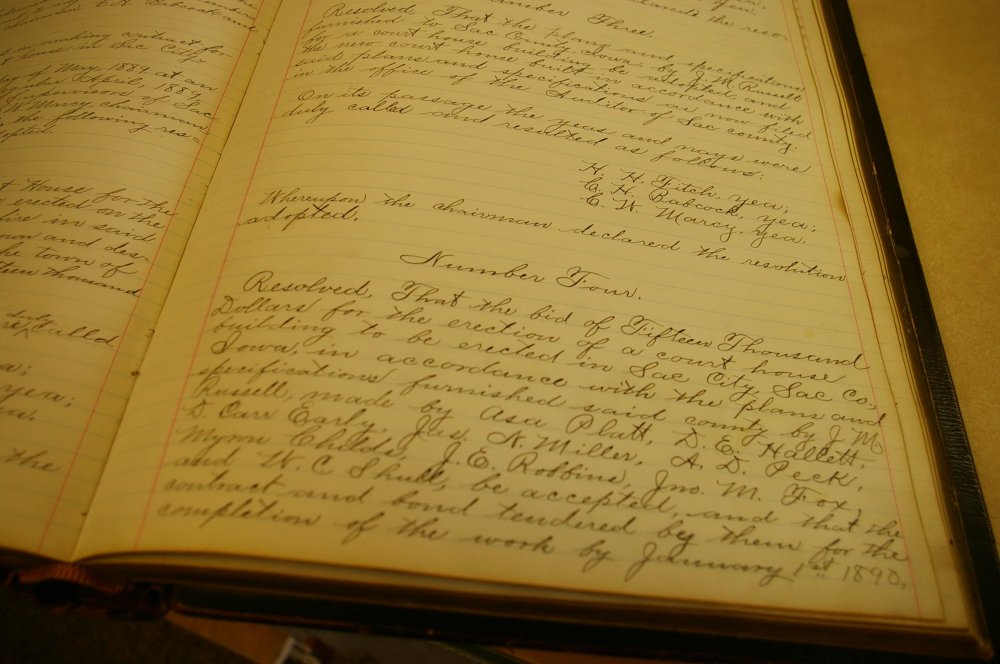