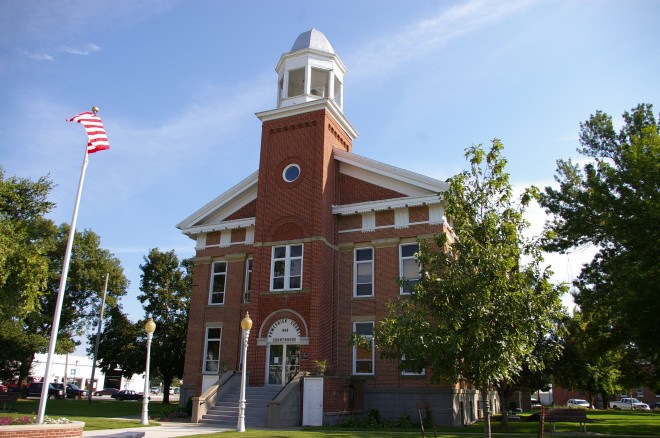 Poweshiek County is named for Poweshiek, who was a Fox chief that supported peace in the Black Hawk War.

Description: The building faces north and is a two story dark red colored brick structure. The north front has a large square brick tower rising to a white octagonal bell tower with white dome. The entrance is framed by an arch at the base of the tower. The base of the building is course stone. The building houses the County District Court of the 8A Judicial District. An addition was built on the south side in 1890, and the building was renovated in 1933. A further addition was built on the south side in 1982.

History:  The county was created in 1843 and Montezuma was selected as the county seat. The first courthouse was built in 1850. The second and present courthouse was constructed in 1857 to 1859 at a cost of $1928. 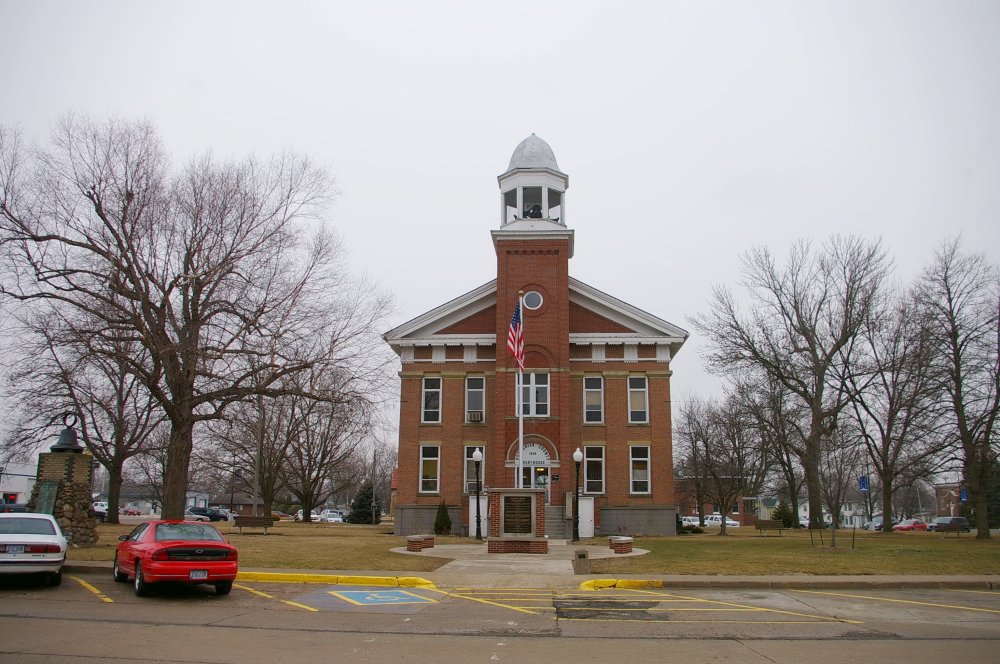 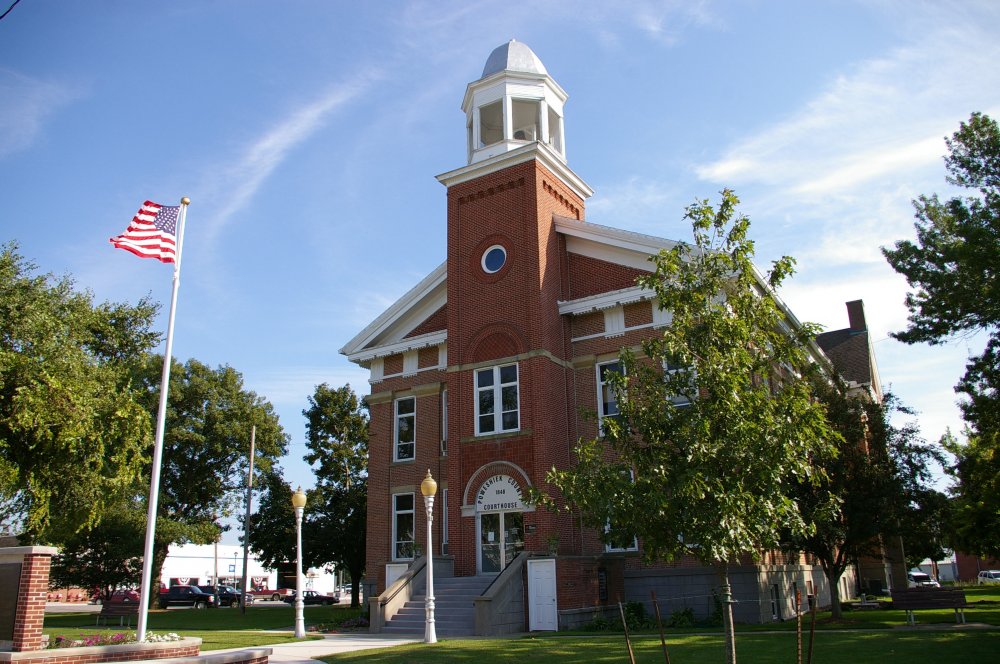 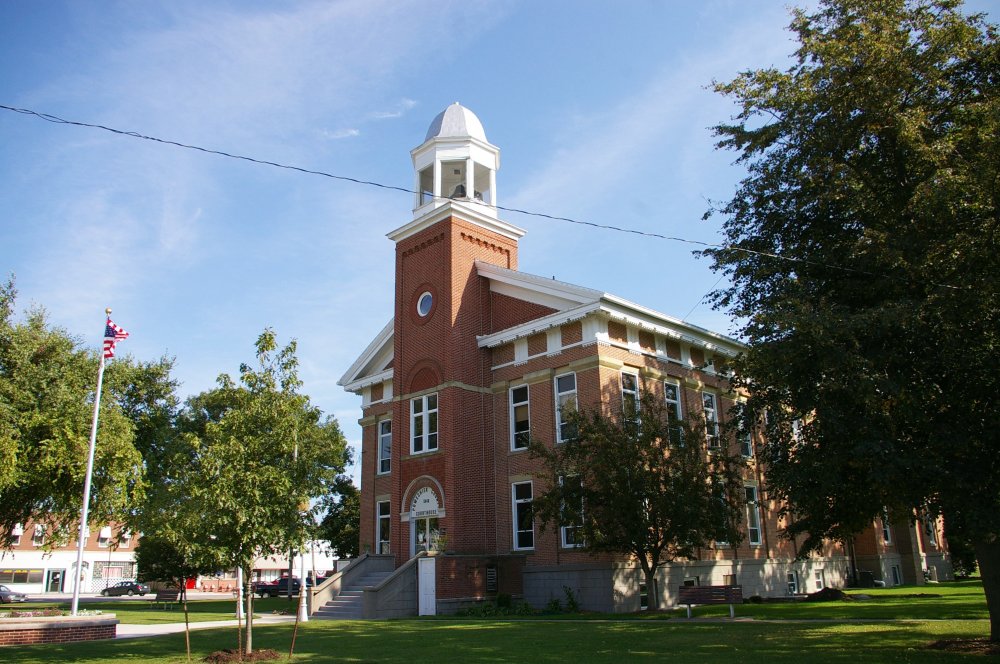 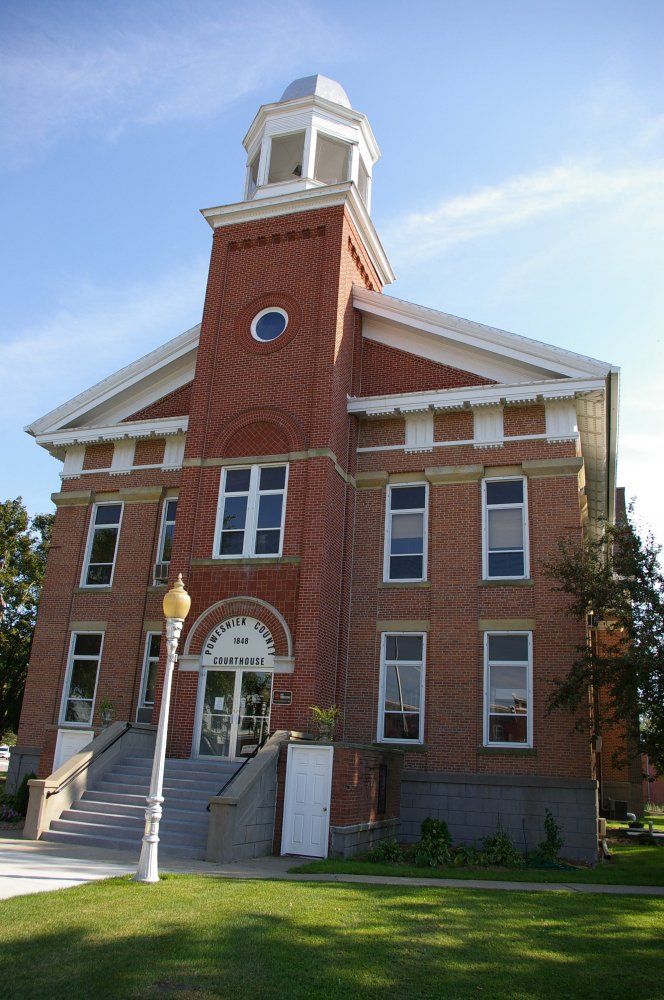 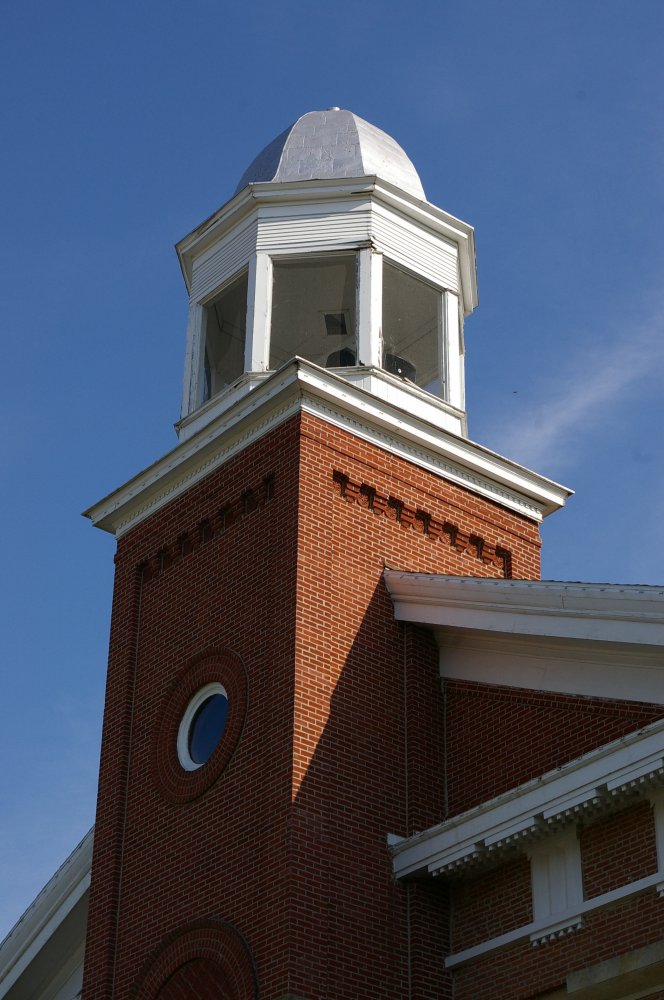 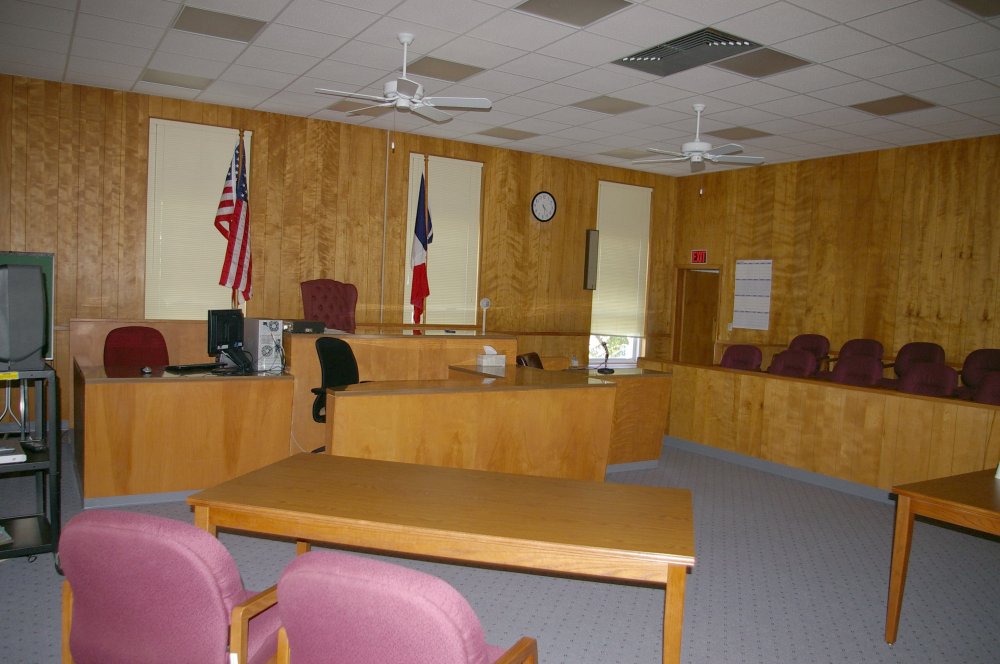 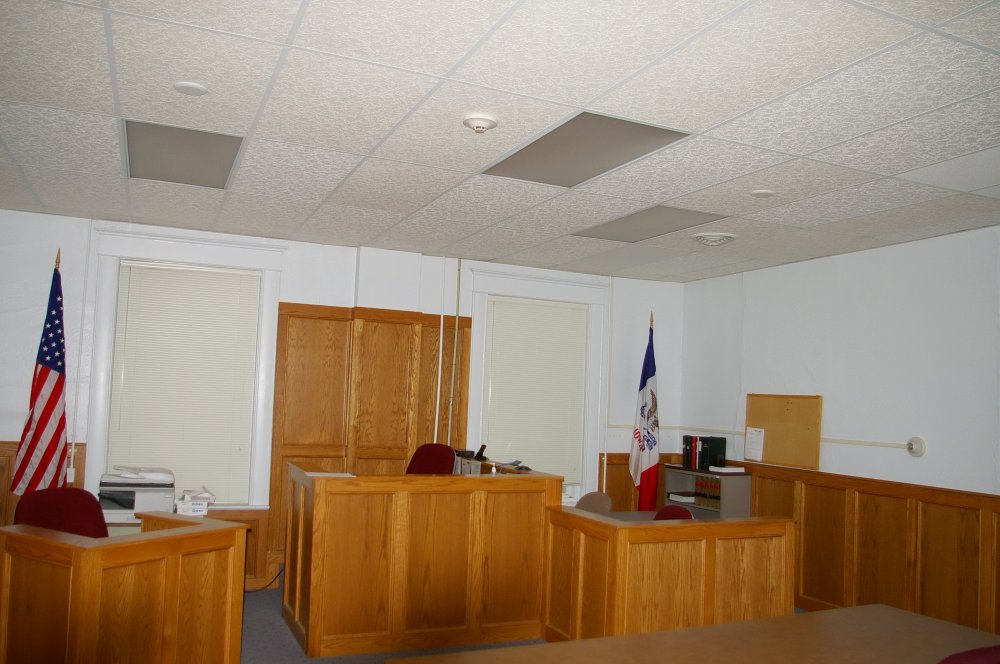 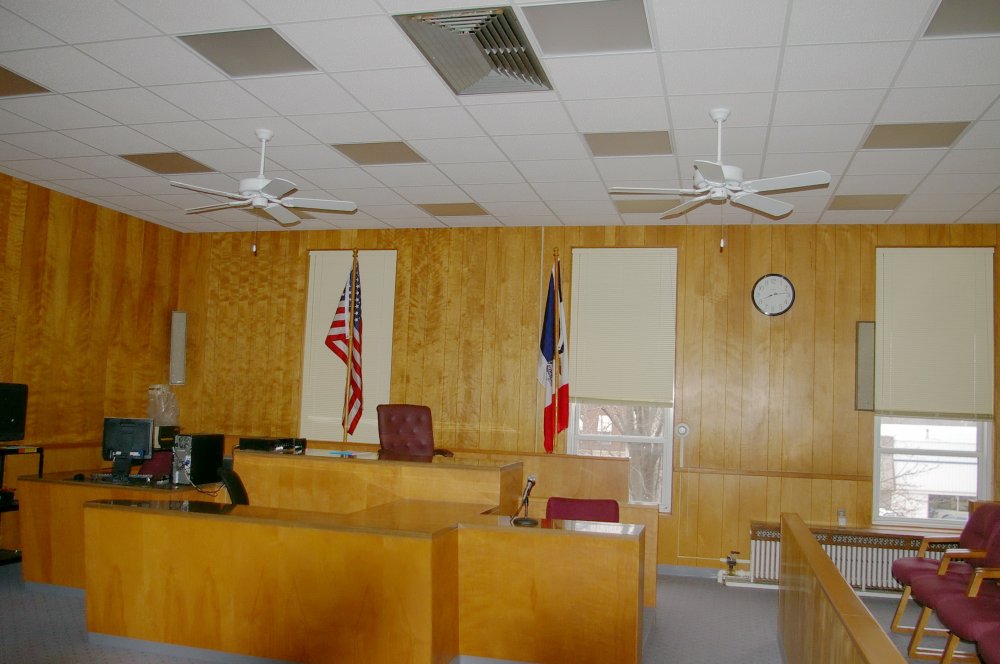 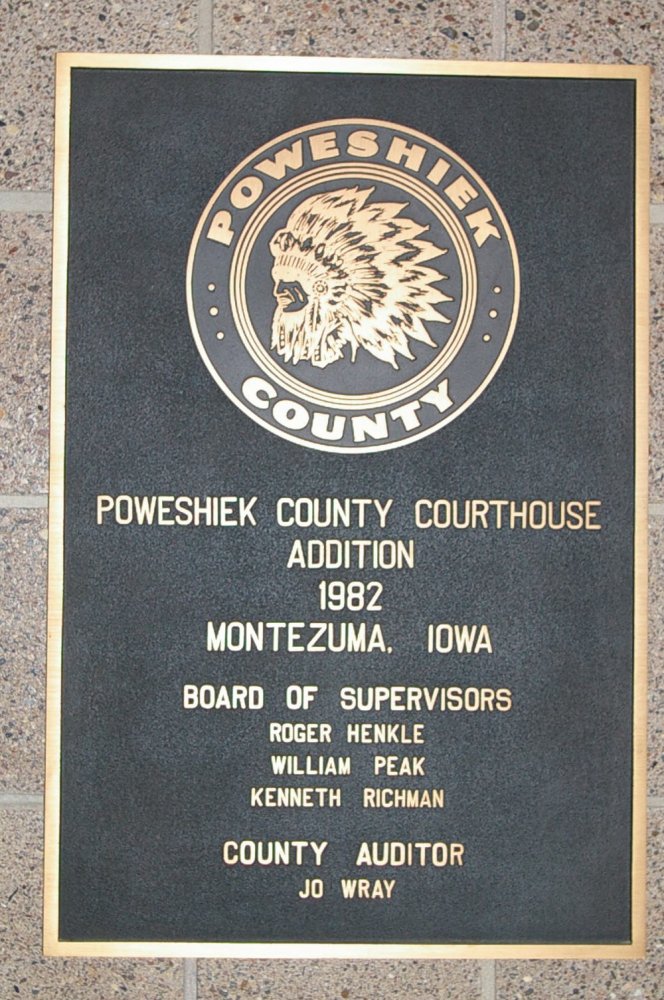