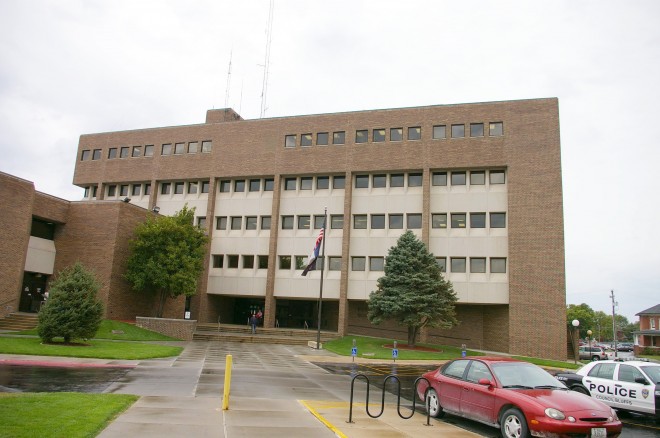 Description: The building faces east and is a five story buff colored brick, concrete and glass structure. The building has a recessed entrance on the east side. Vertical brick dividers ascend to the fifth story which is solid brick. White colored concrete siding is below the brickwork. An east wing of two stories extends eastwards. The roof line is flat. In the interior is a two story central atrium with a state of Lady Justice on the second story. The fourth story has four courtrooms and the fifth story has four courtrooms. An east wing of two stories extends eastwards. The building houses the County District Court of the 4th Judicial District. In 2022 to 2023, an extension is under construction on the northeast side which will have a three story projecting center section with three high rectangular openings and a two story curved section on the northeast. The architect was HGM Architects of Council Bluffs and the contractor was Meco-Henne Contracting Inc. of Omaha, Nebraska. On the north side is a two story Courthouse Annex which was originally a church and the old County Jail built in 1885. 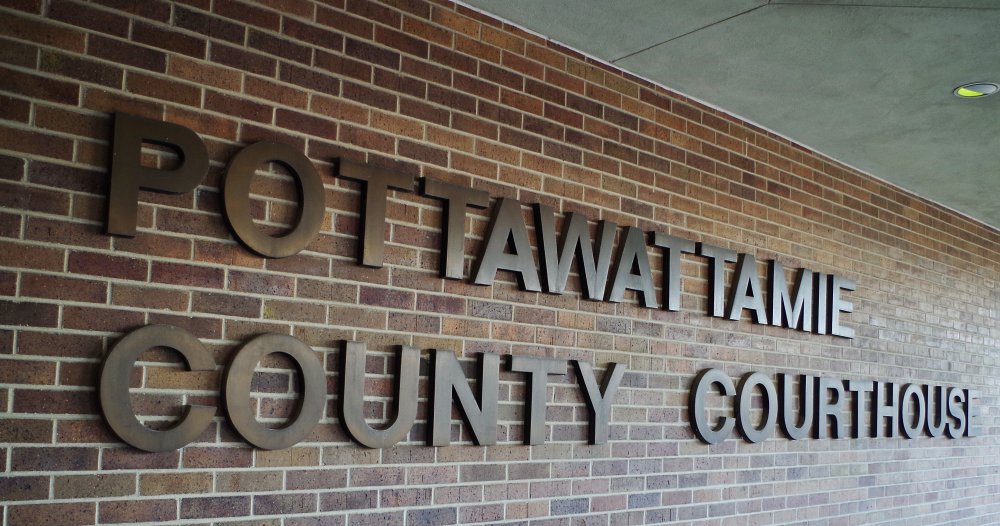 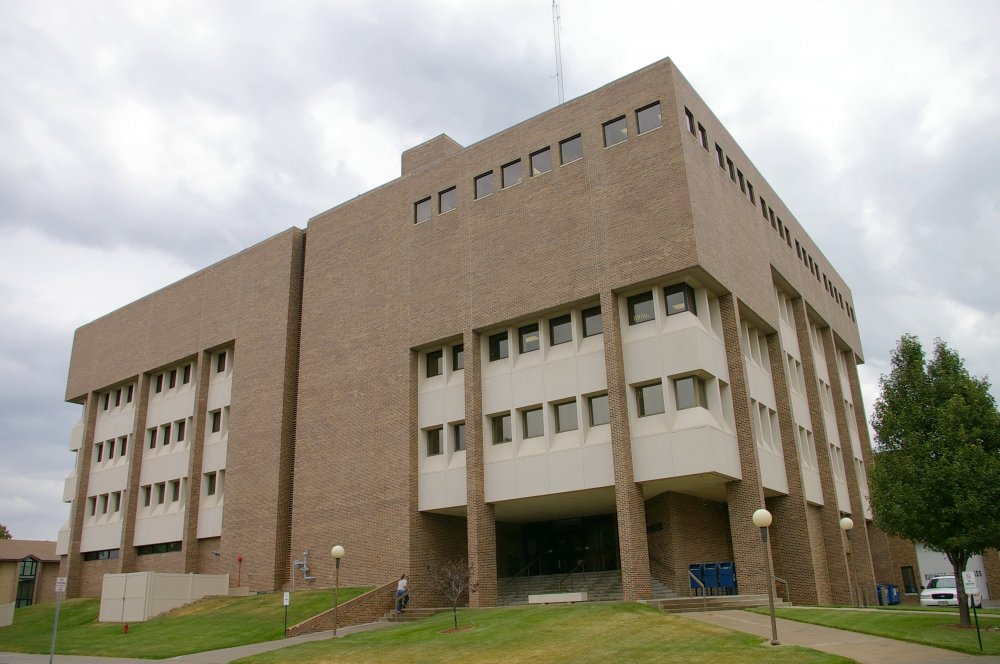 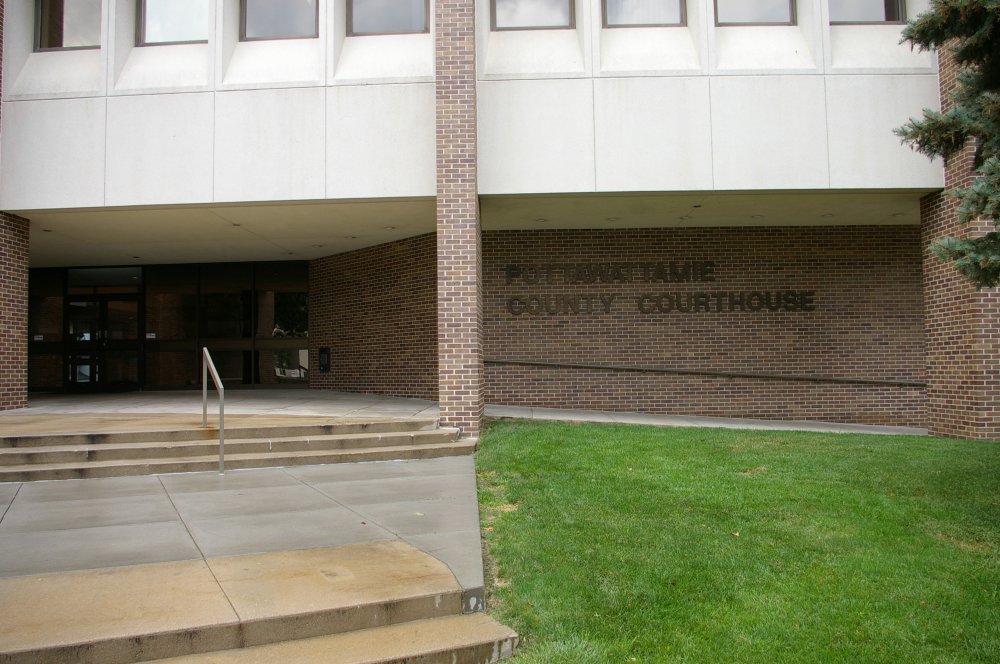 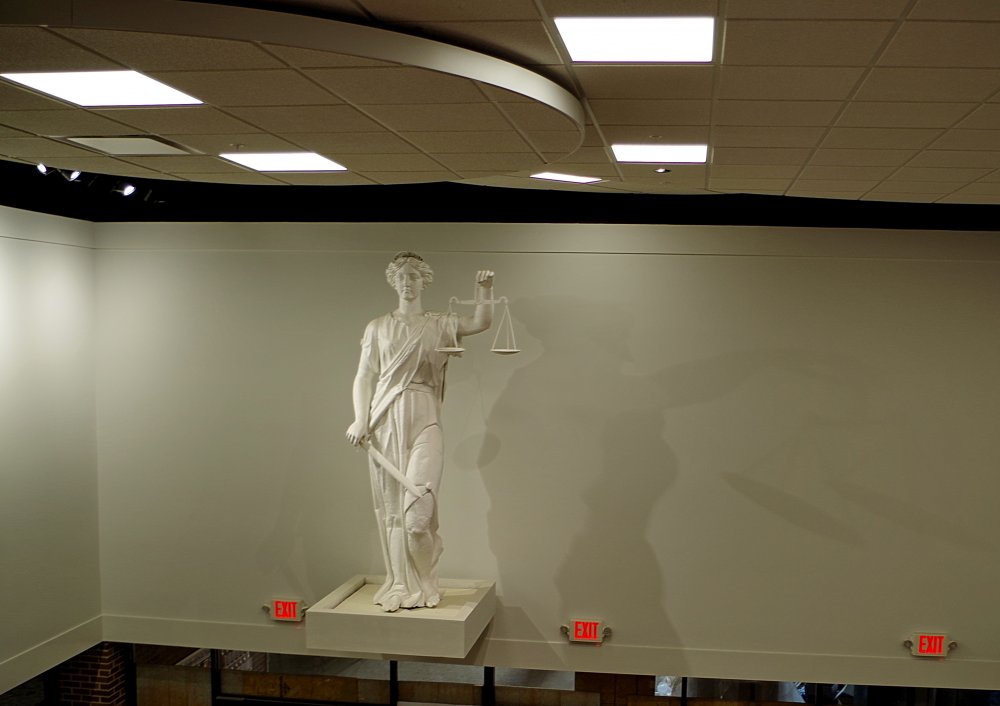 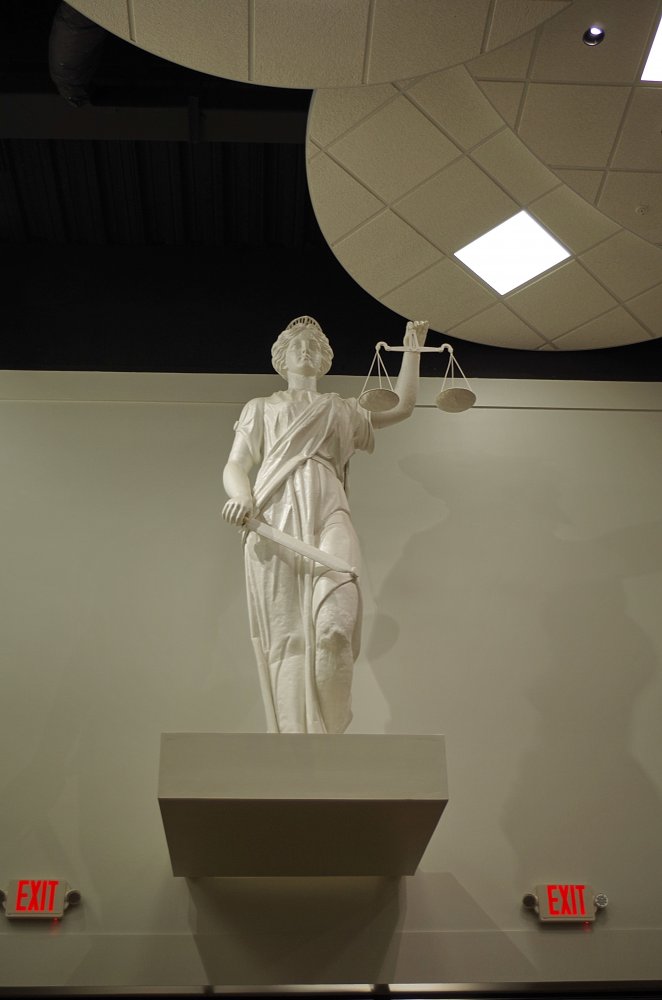 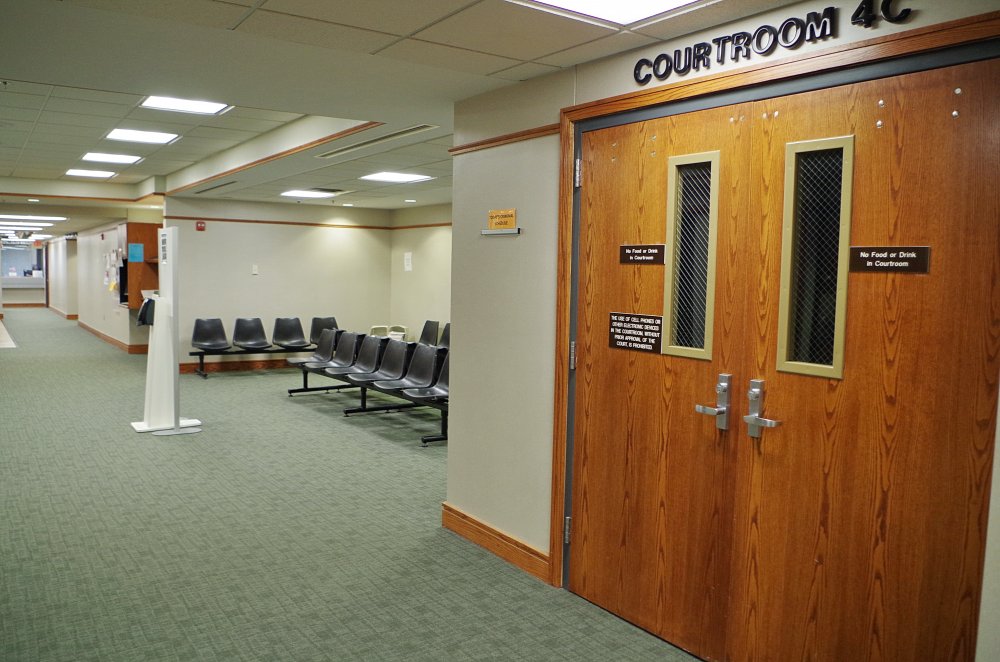 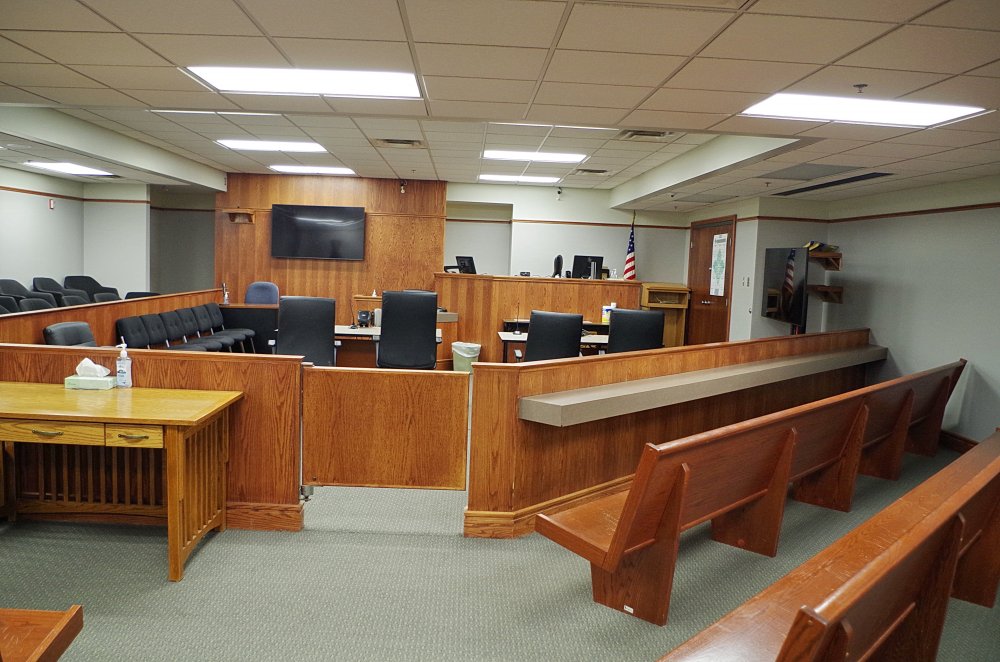 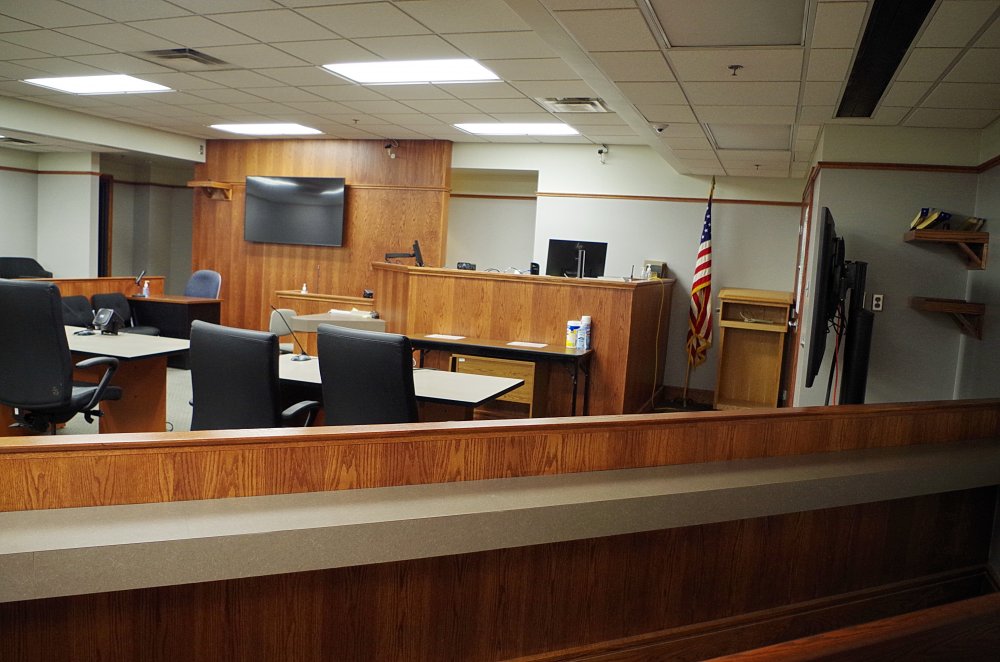 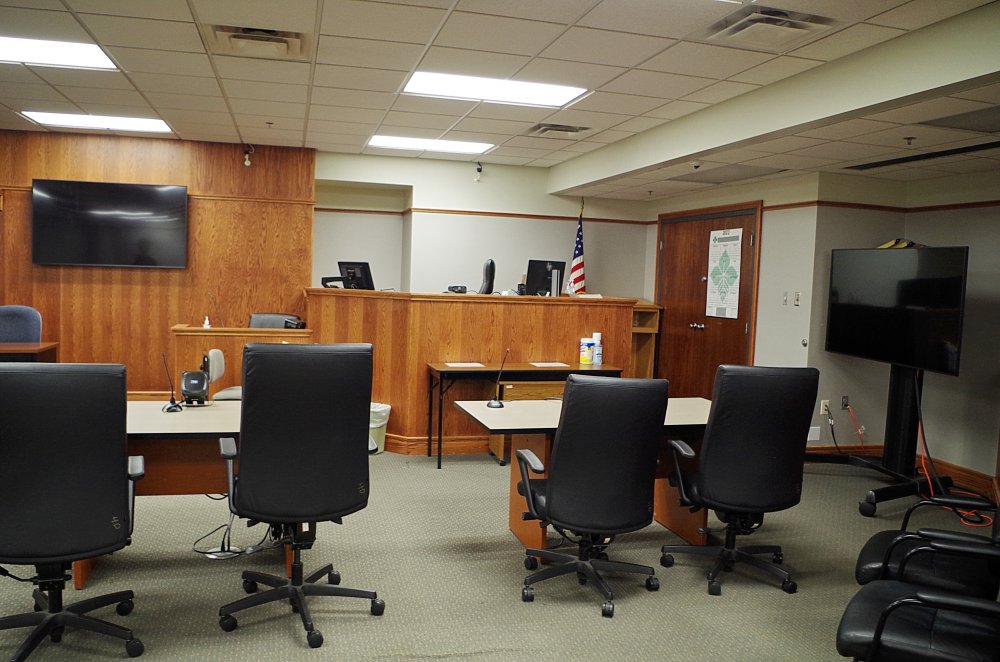 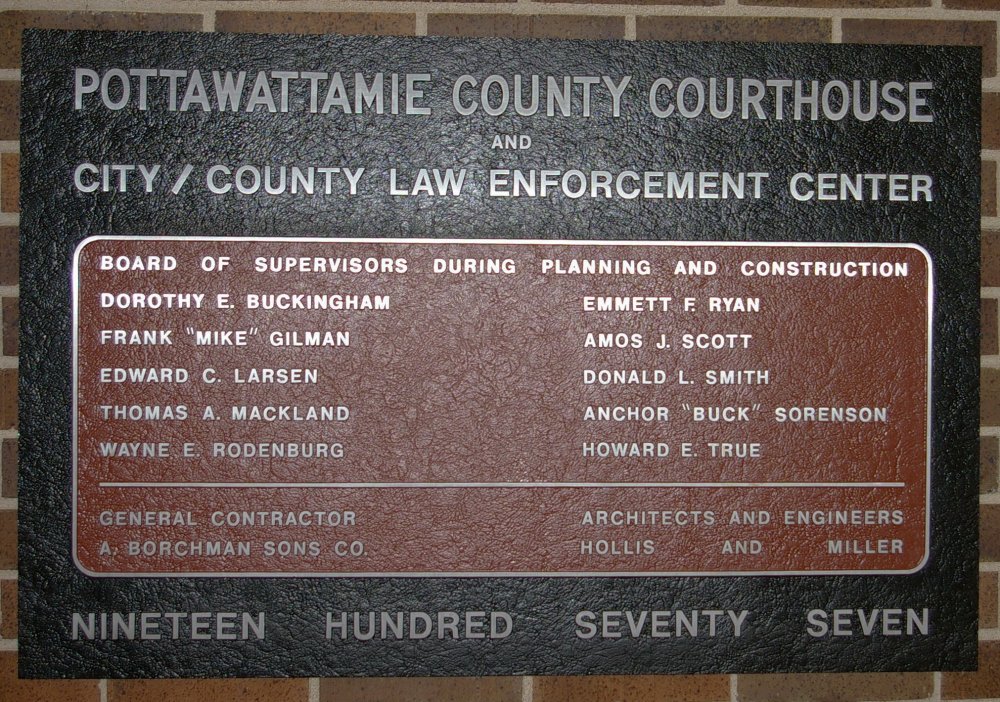