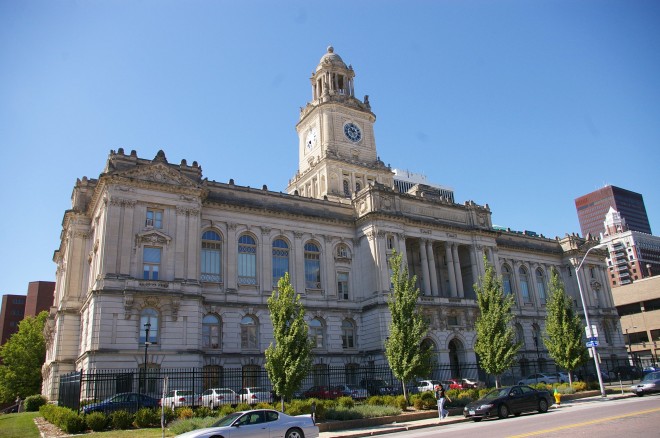 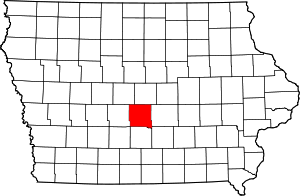 Description: The building faces east and is a four story gray colored stone structure. The building is located on landscaped grounds in the center of Des Moines. The center section forms a projecting portico with three arches on the first story and eight columns rising from the third story to the top of the fourth story. There is a large square tower on each corner. On the center of the building is a high square clock tower with cupola on the top. The interior has marble columns, large rotunda and murals by Charles A. Cummings and Edward Simmons. Cleveland Ohio Stone Company had the contract to supply the Grey Canyon Sandstone. The building houses the County District Court of the 5C Judicial District. 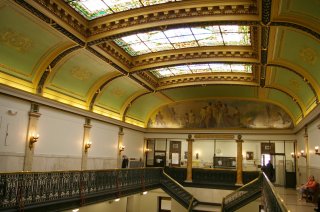 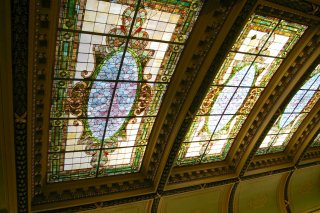 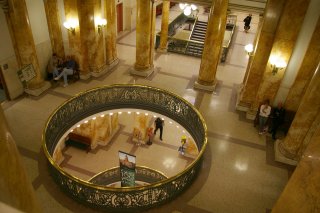 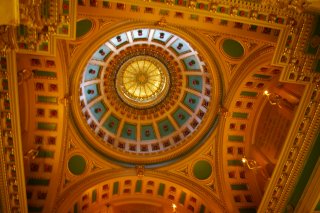 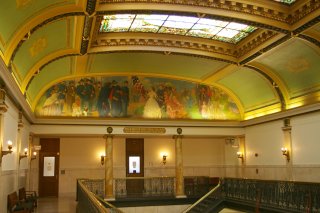 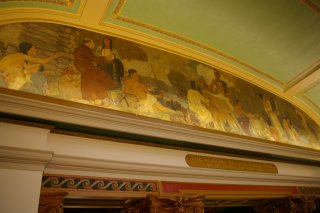 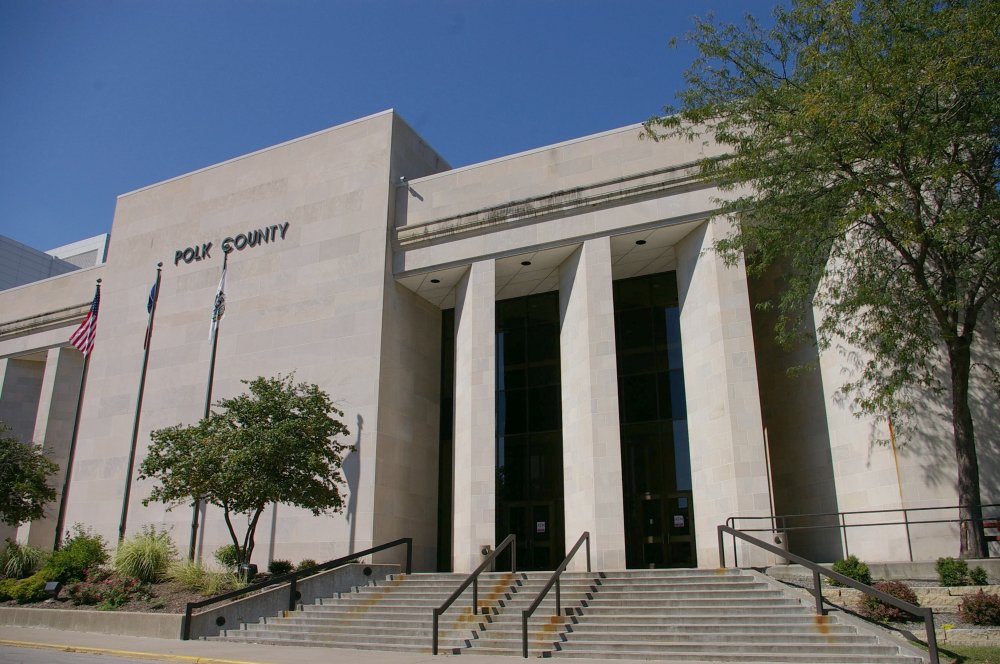 Description: The building is a three story gray colored stone structure. The building served as the United States Post Office until it was remodeled in 1974 as the County Administration when a modern section was added on the south side.

See:  Located in the county is the Iowa Supreme Court 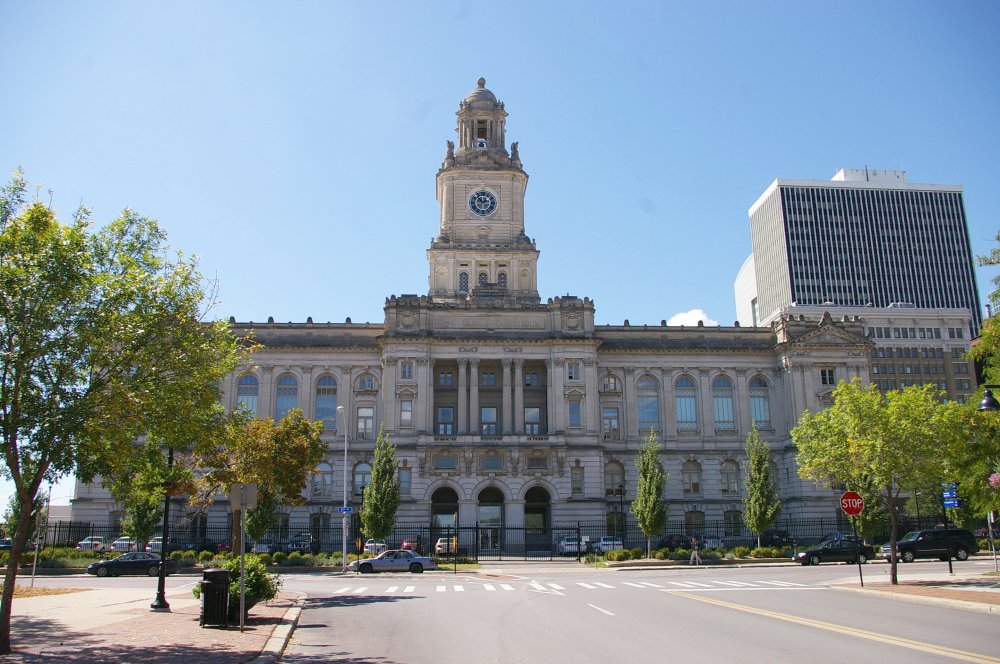 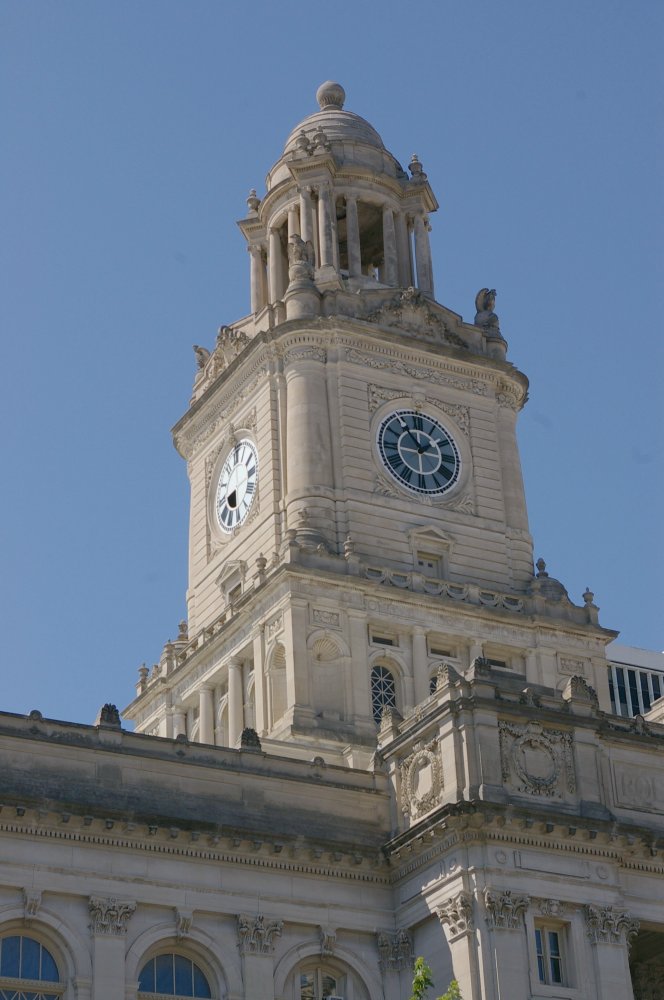 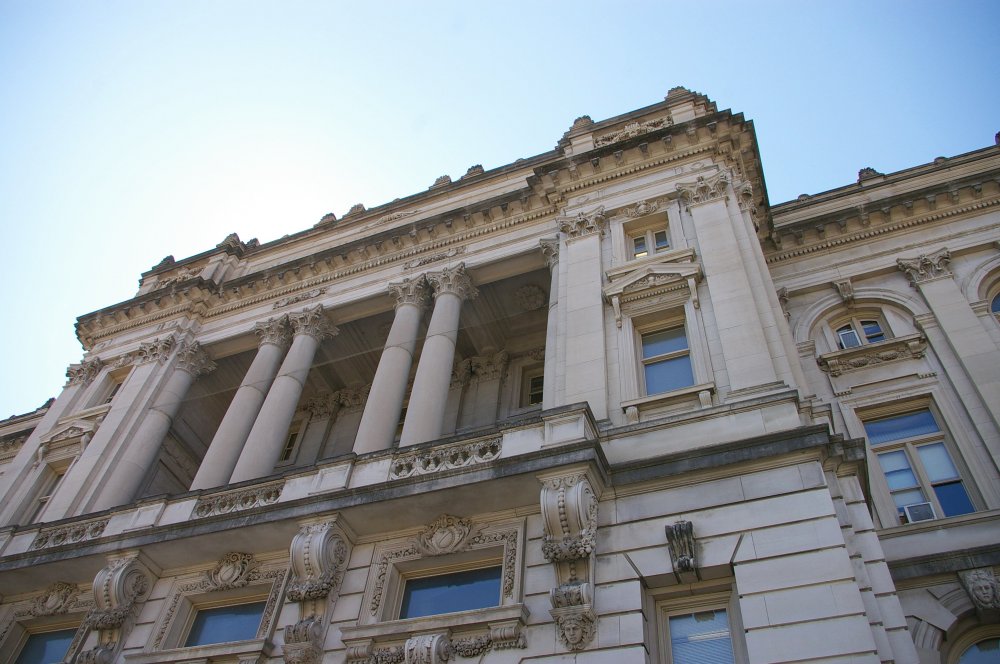 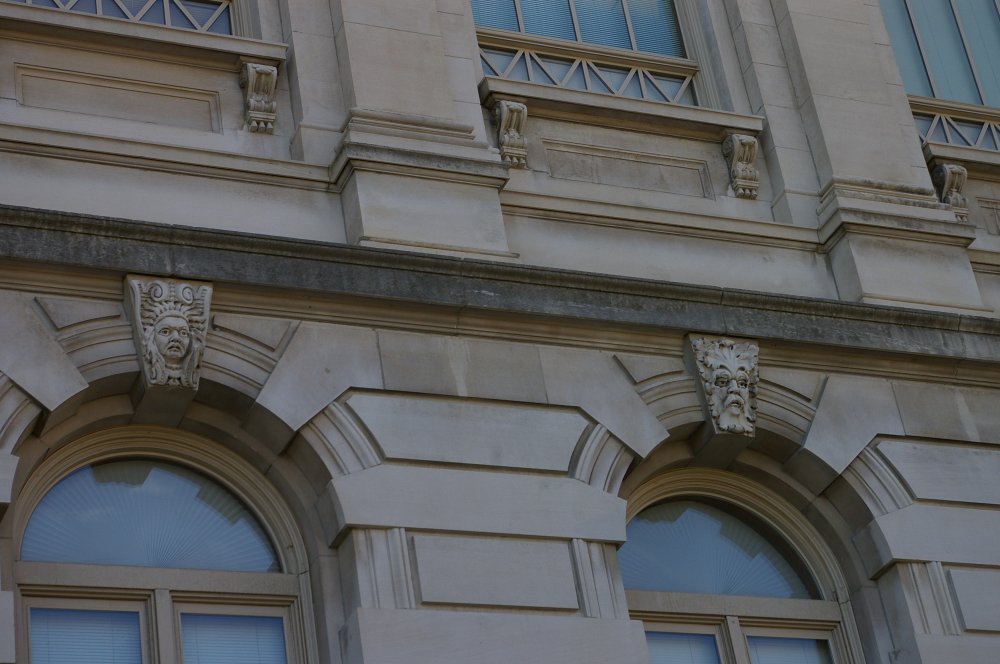 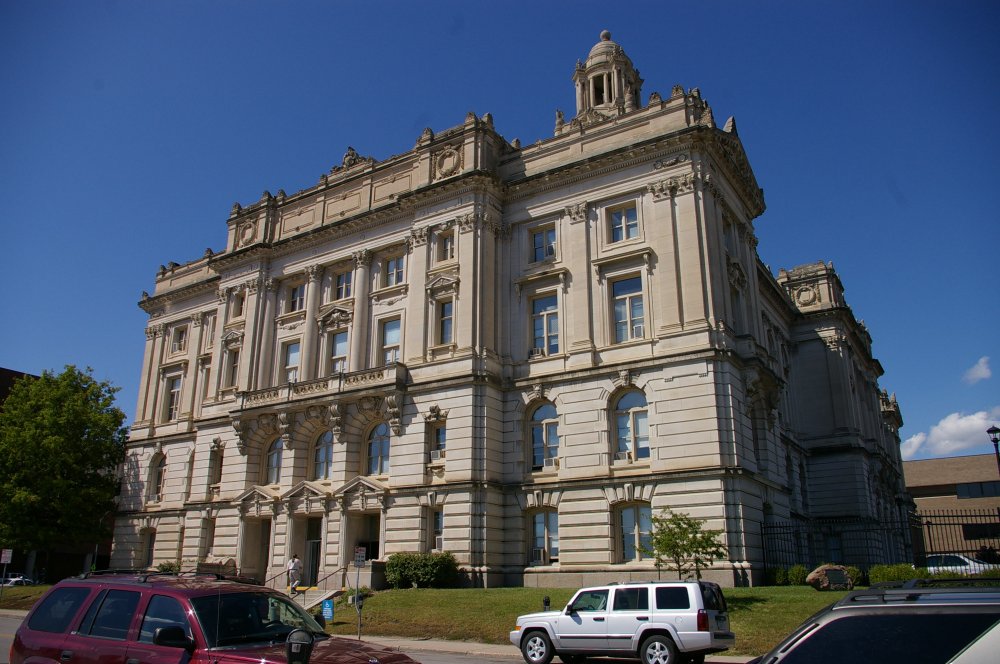 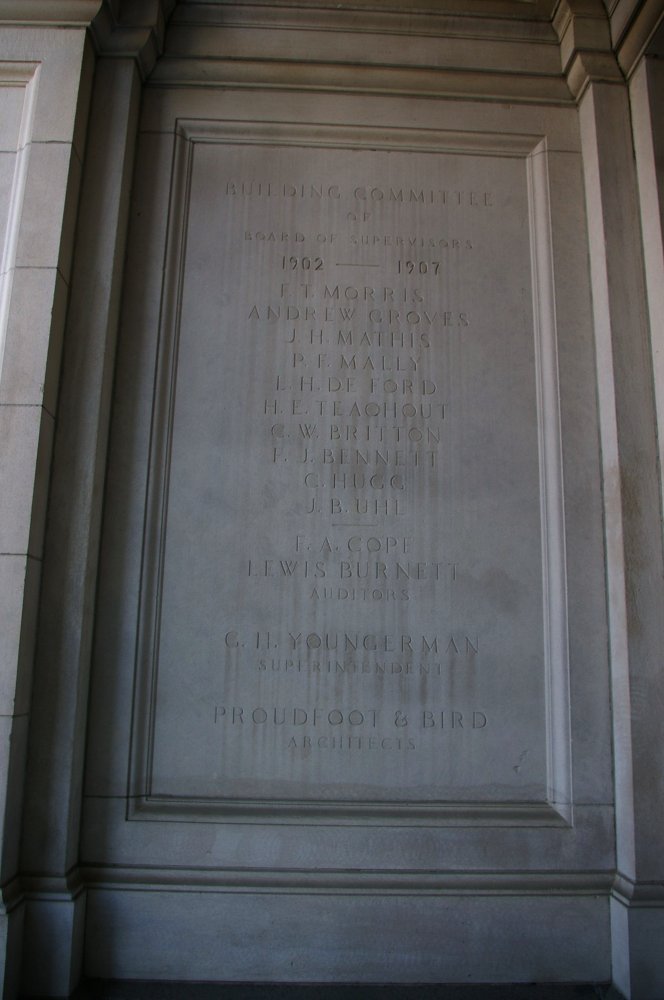