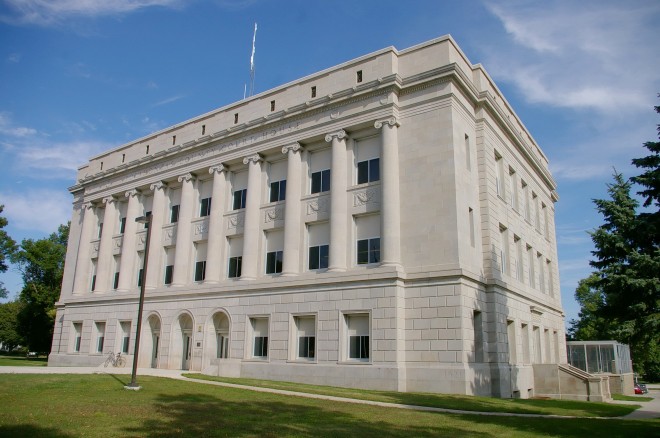 Pocahontas County is named for Pocahontas, who was a famous Native American who played a leading role in the history of the first permanent English settlements in North America.

Description: The building faces south and is a three story Bedford limestone structure. The building is located on landscaped grounds in the center of Pocahontas. The central entrance on the first story has three arches. Doric columns rise from the second to third stories along the south side. A projecting cornice runs below the roof line. The roof line is flat. The building houses the County District Court of the 2B Judicial District. 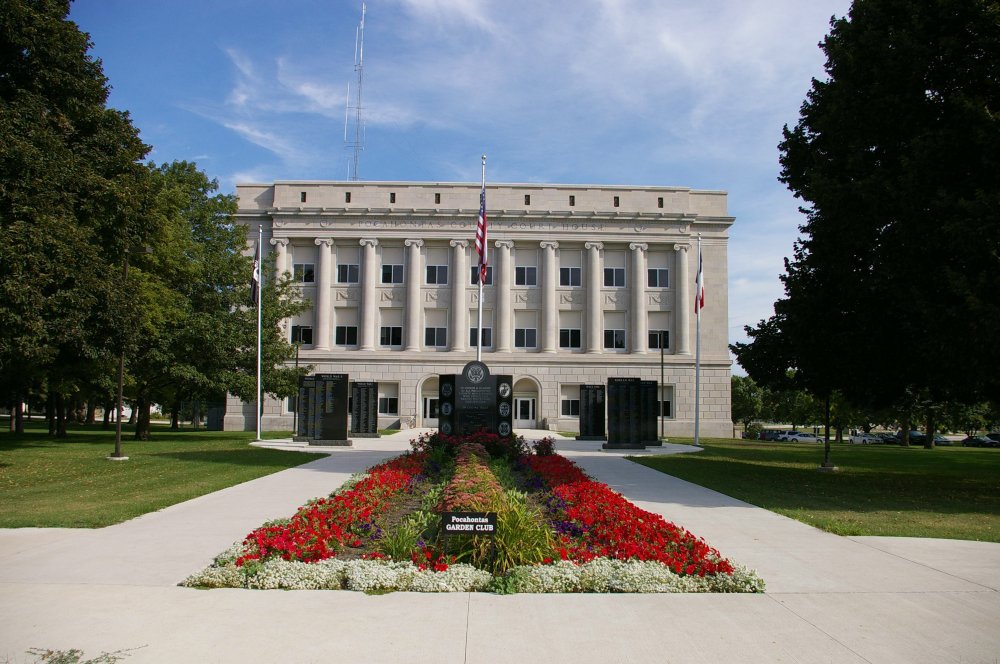 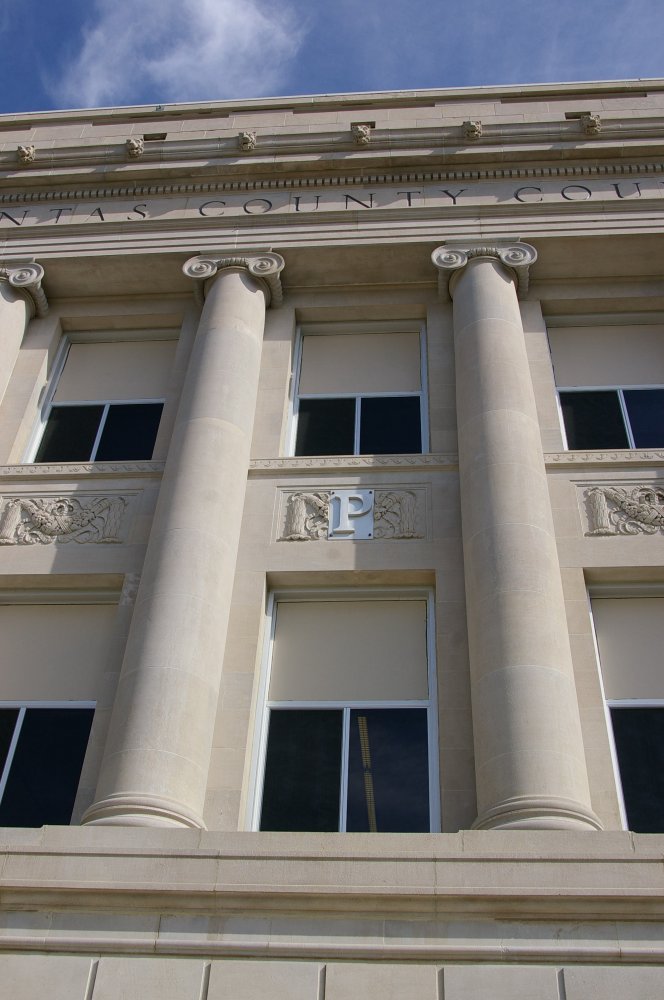 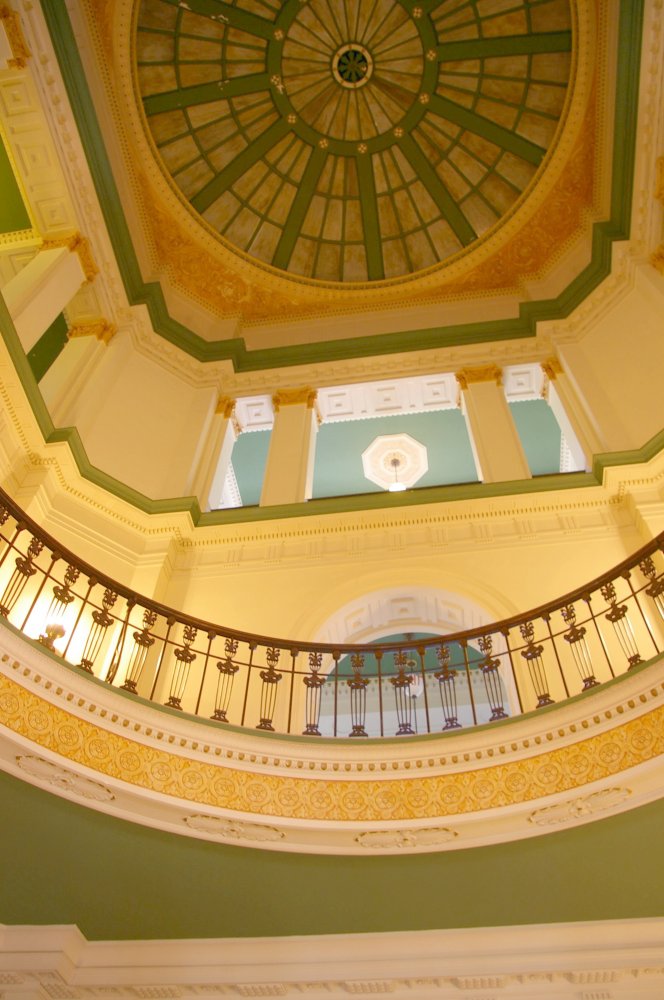 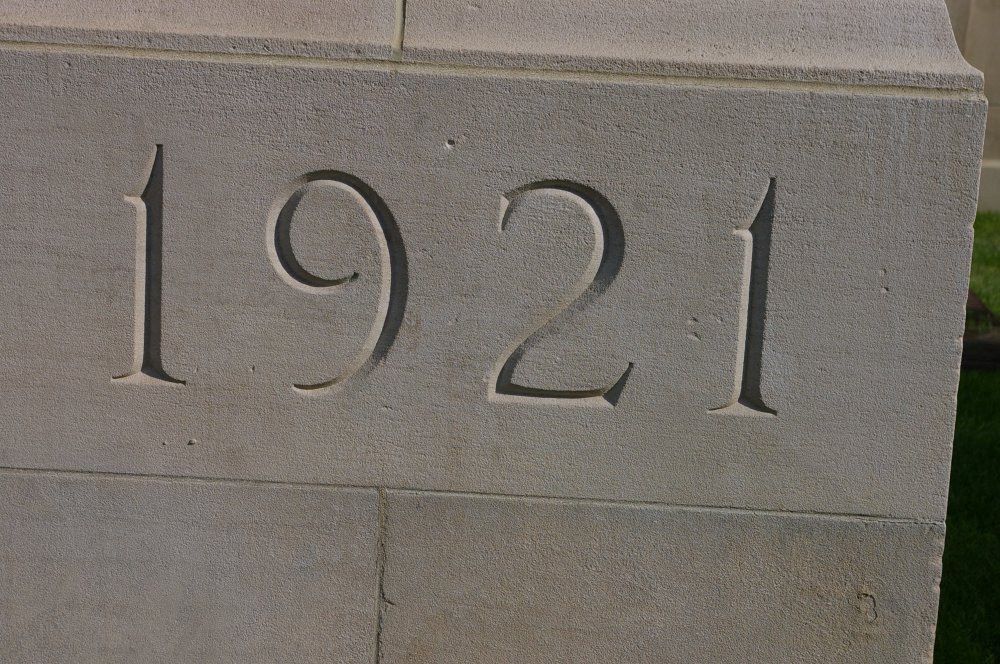 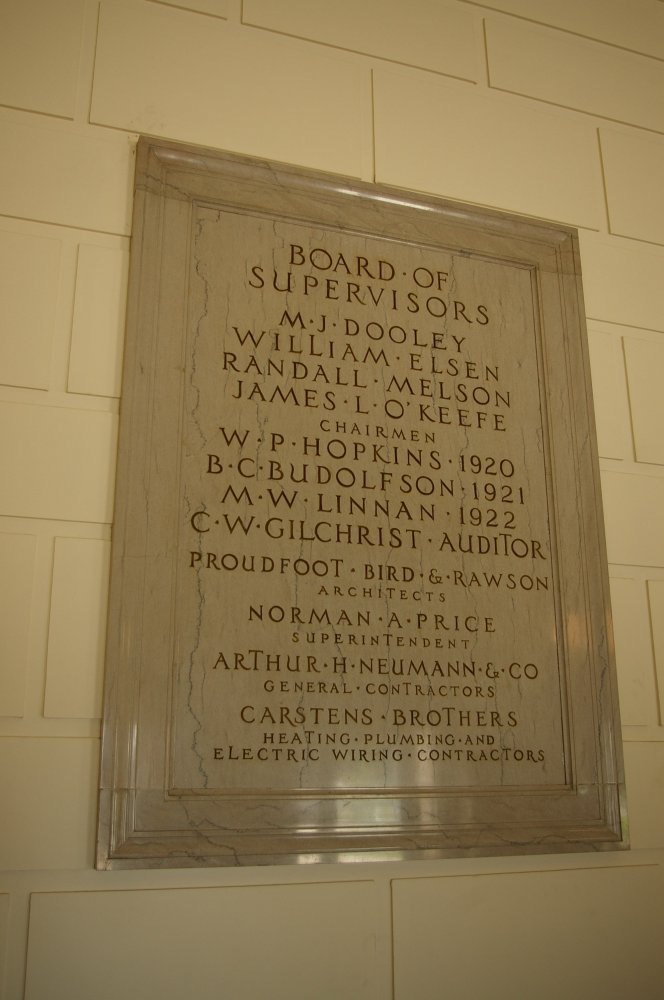