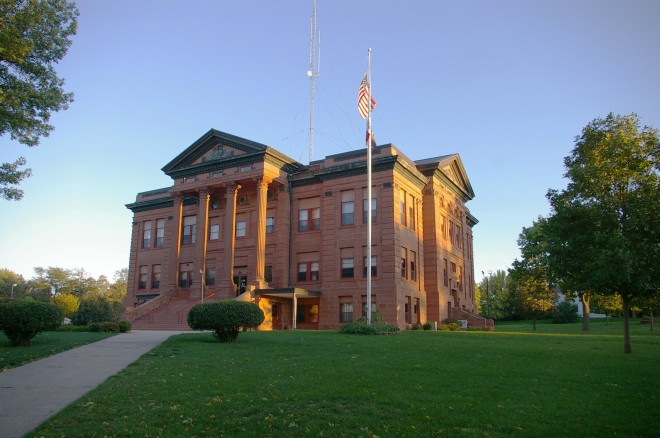 Plymouth County is named for Plymouth, Massachusetts, the first settlement of the Pilgrims in 1620.

Description: The building faces north and is a three story reddish colored sandstone and concrete structure. The building is located on landscaped grounds in the center of Le Mars. The north front has a large Greek style portico with four large sandstone columns rising to a pediment at the roof line and wide sandstone steps. The original dome was removed in 1932. The building houses the County District Court of the 3B Judicial District. 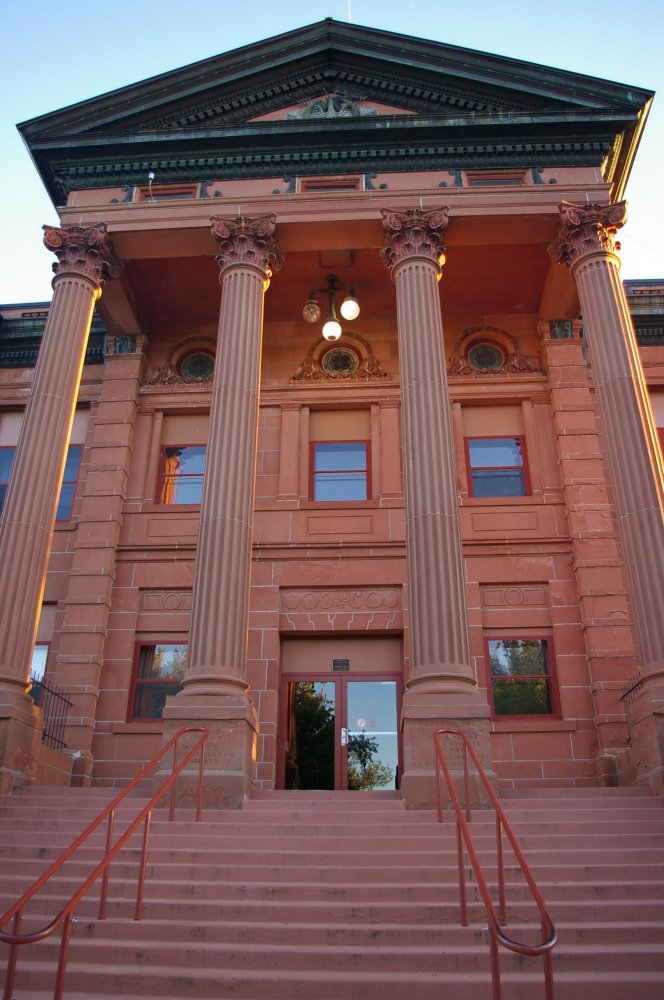 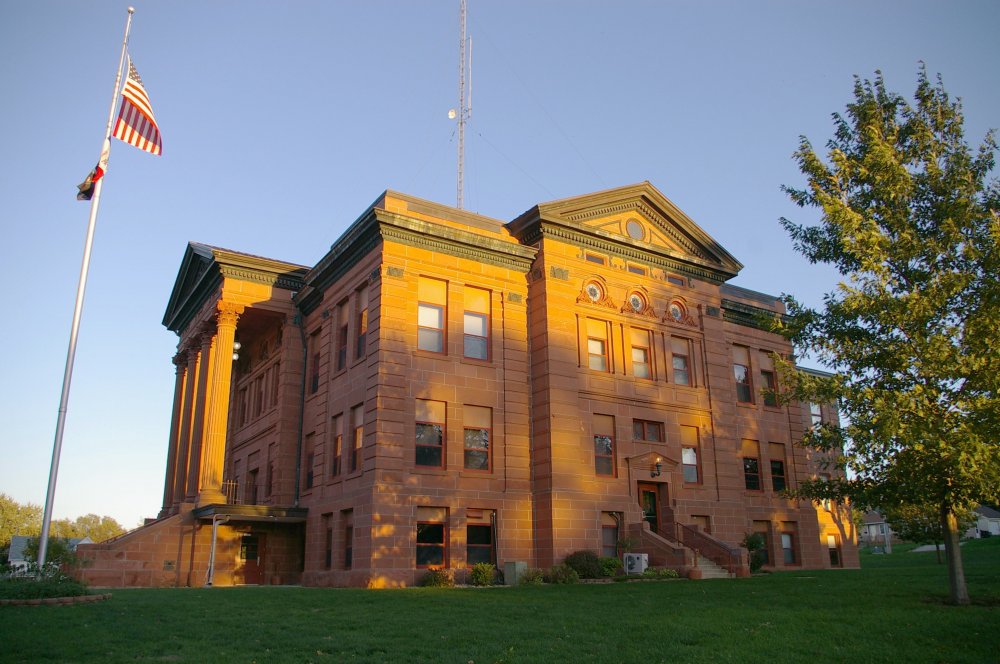 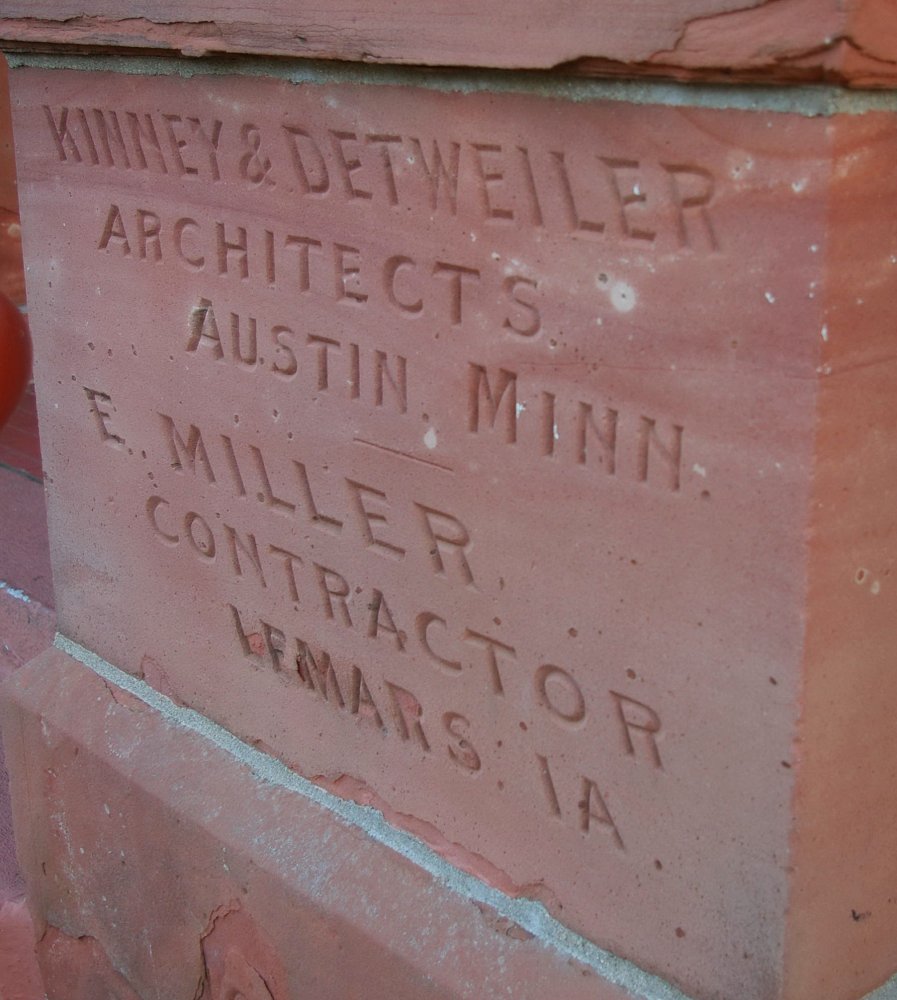