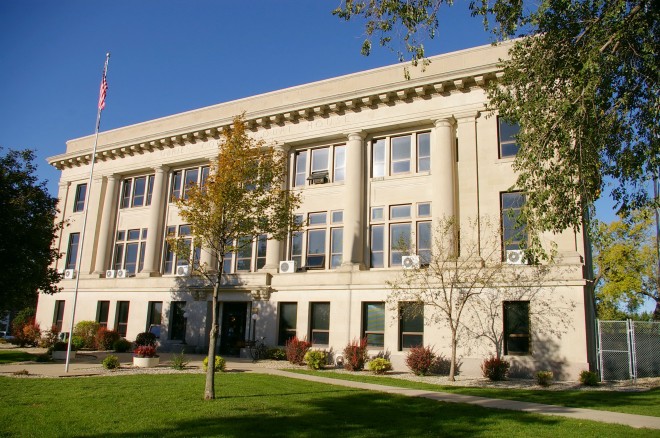 O’Brien County is named for William Smith O’Brien, who was an Irish patriot.

Description: The building faces east and is a three story cream colored stone and concrete structure. The east front has six large columns rising from the second story to the top of the third story. A projecting cornice runs below the roof line. The roof line is flat. The building houses the County District Court of the 3A Judicial District. 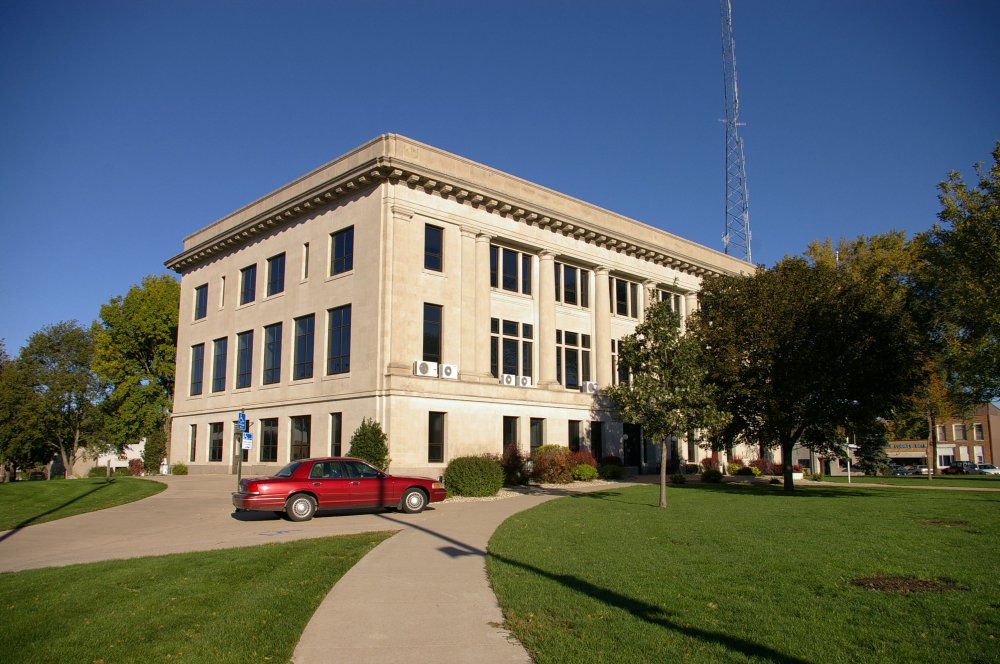 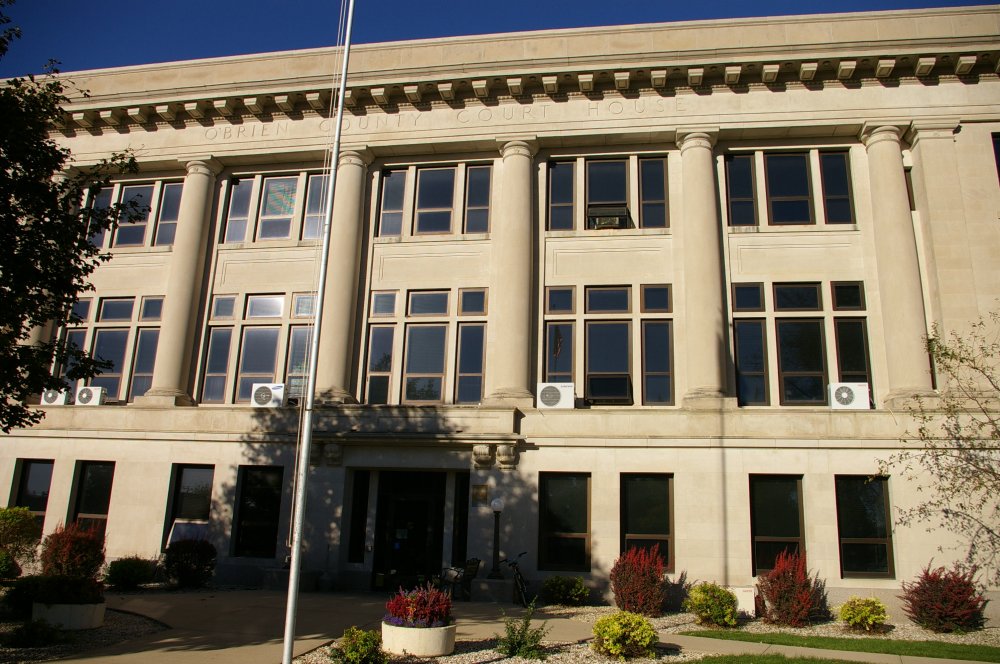 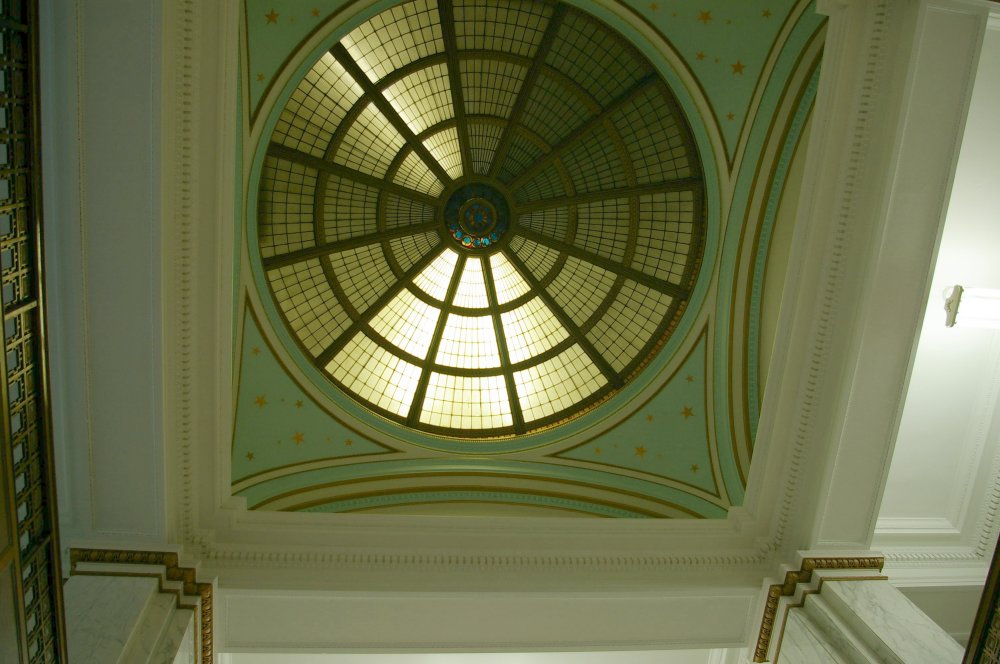 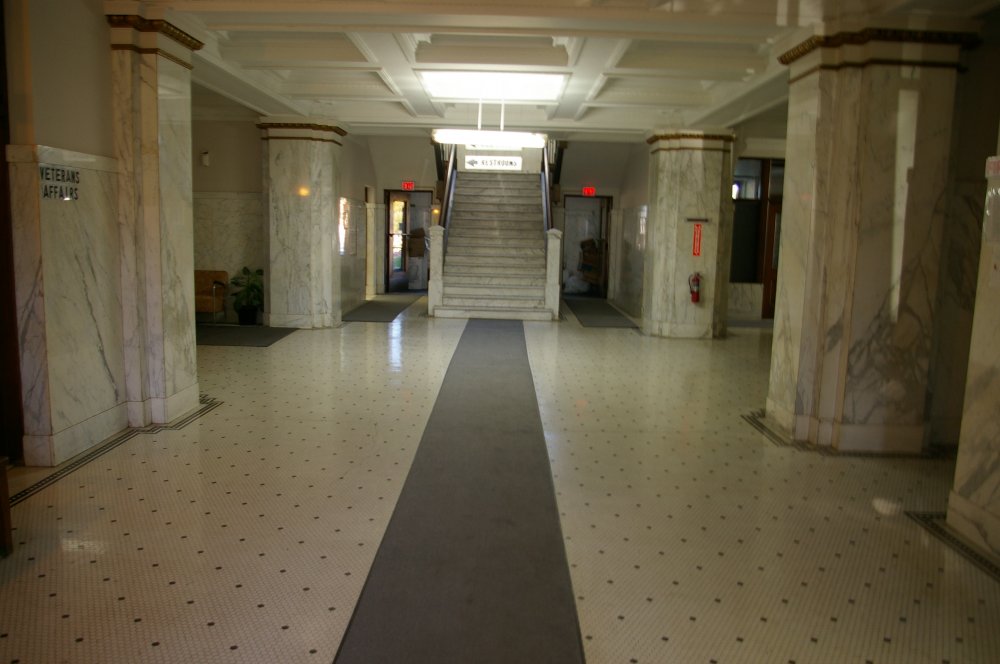 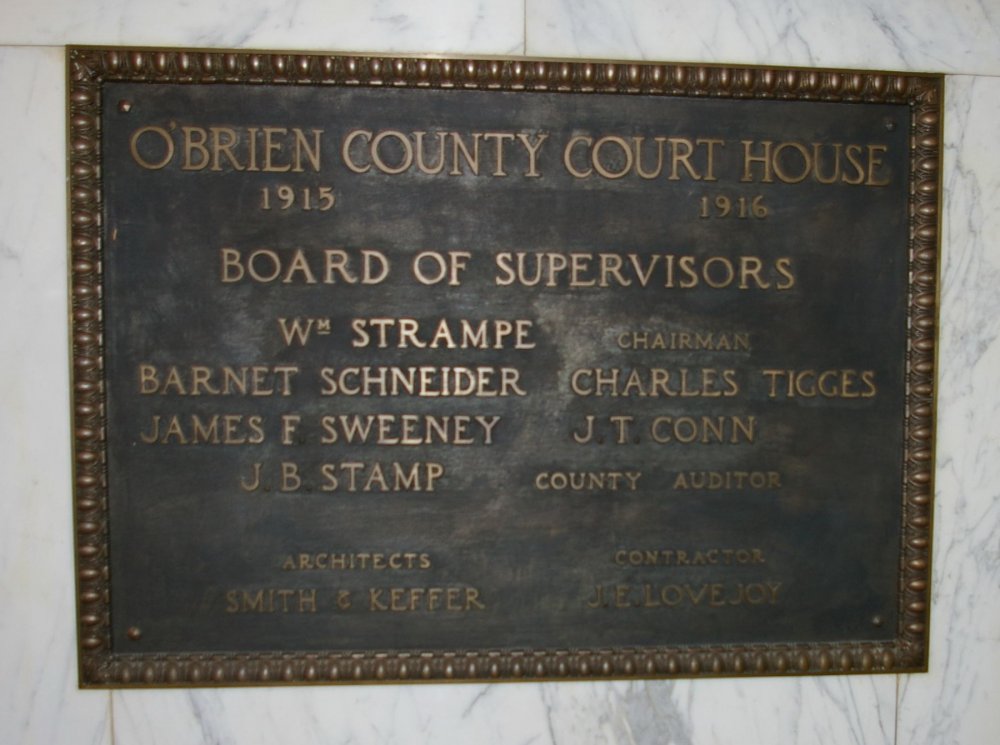