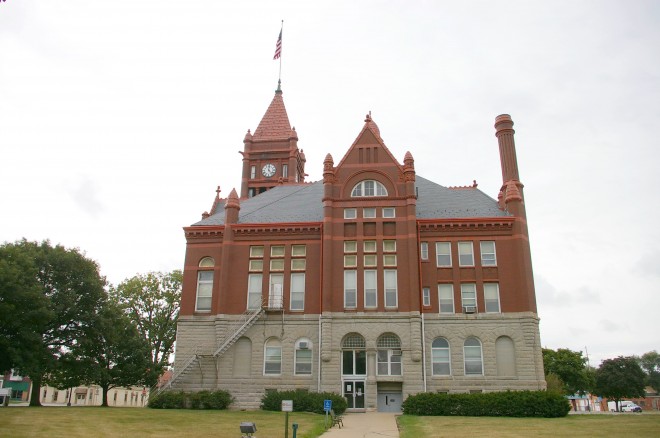 Description: The building faces south and is a three story red colored Missouri limestone and red colored brick structure. The building is located on landscaped grounds in the center od Red Oak. The building has a raised basement and a high square clock tower with steep peaked roof on the southeast corner. The first story is course white colored limestone. The southwest corner has round tower with red colored dome. On the west side is larger three sided towers. The building houses the County District Court of the 4 Judicial District. 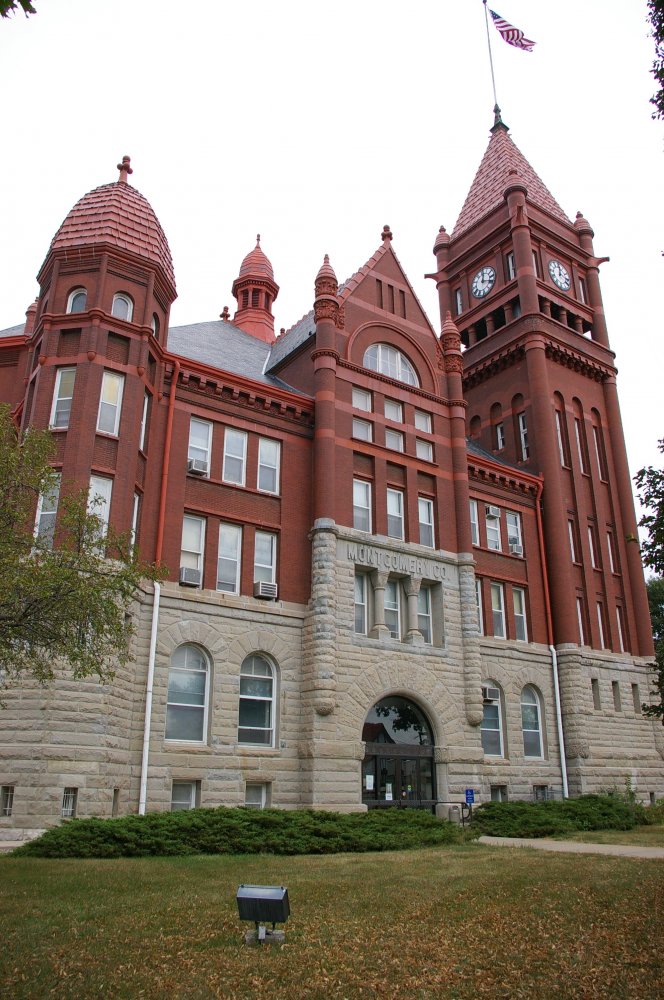 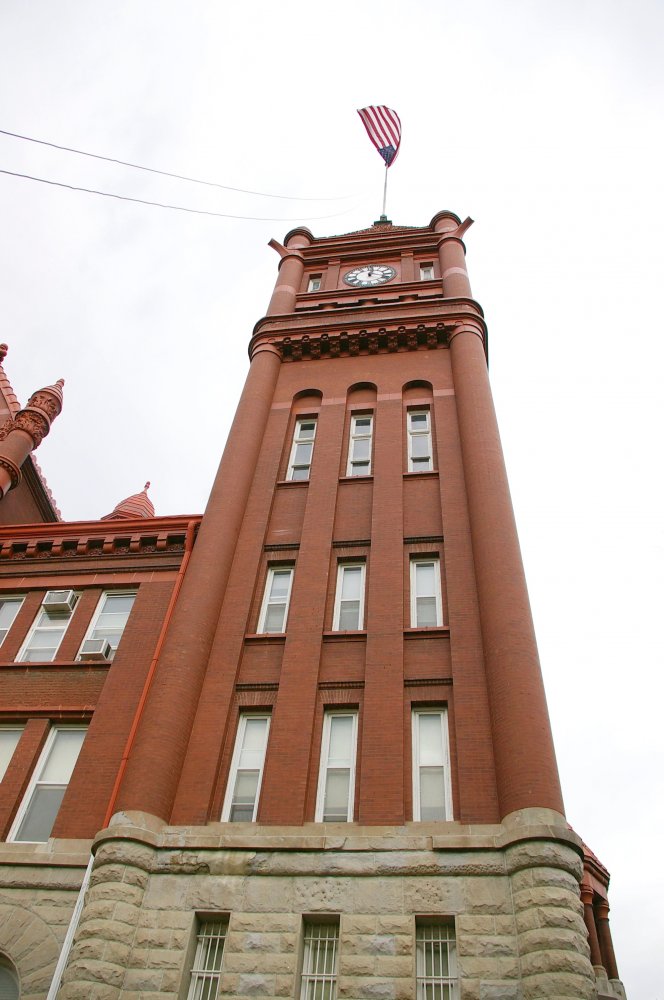 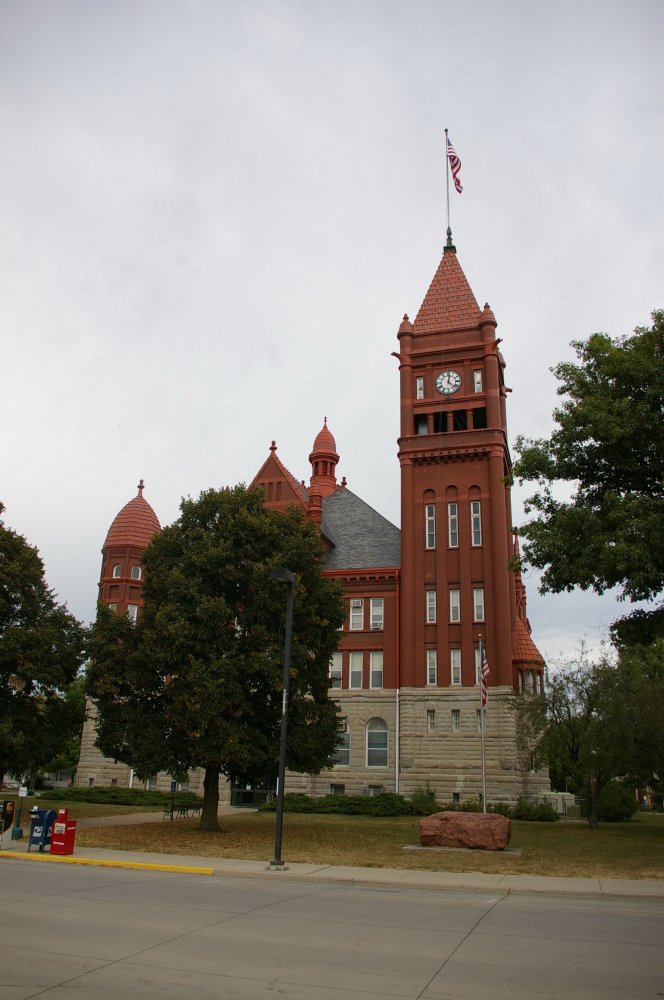 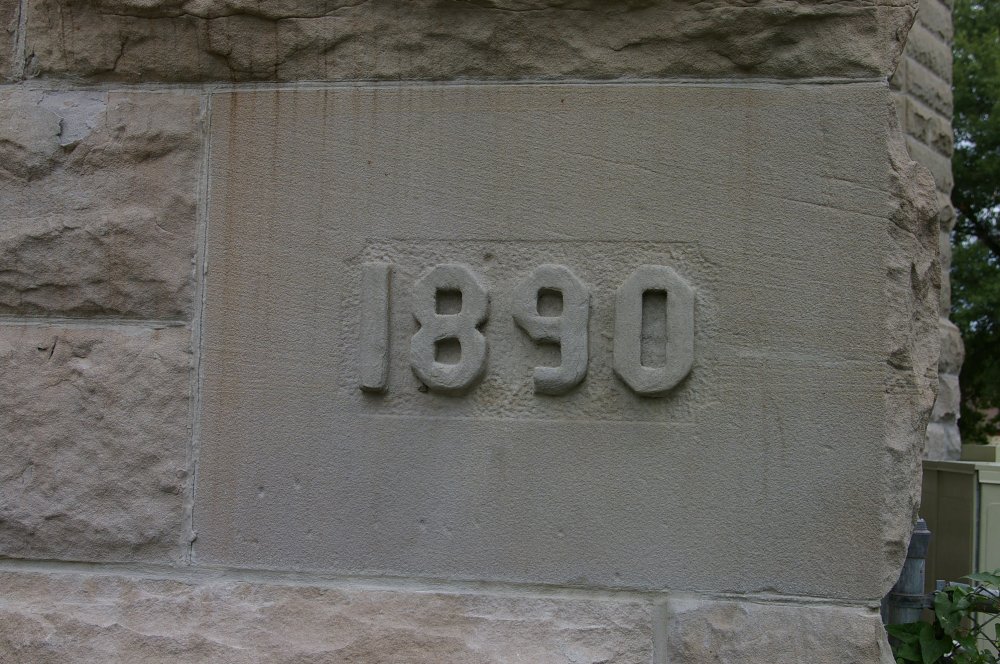 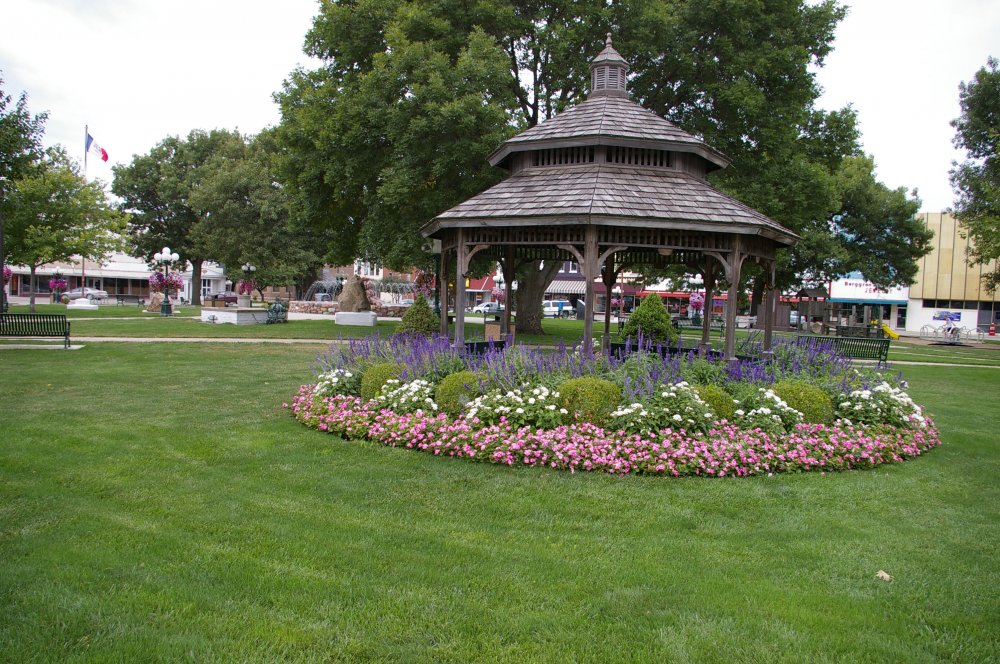 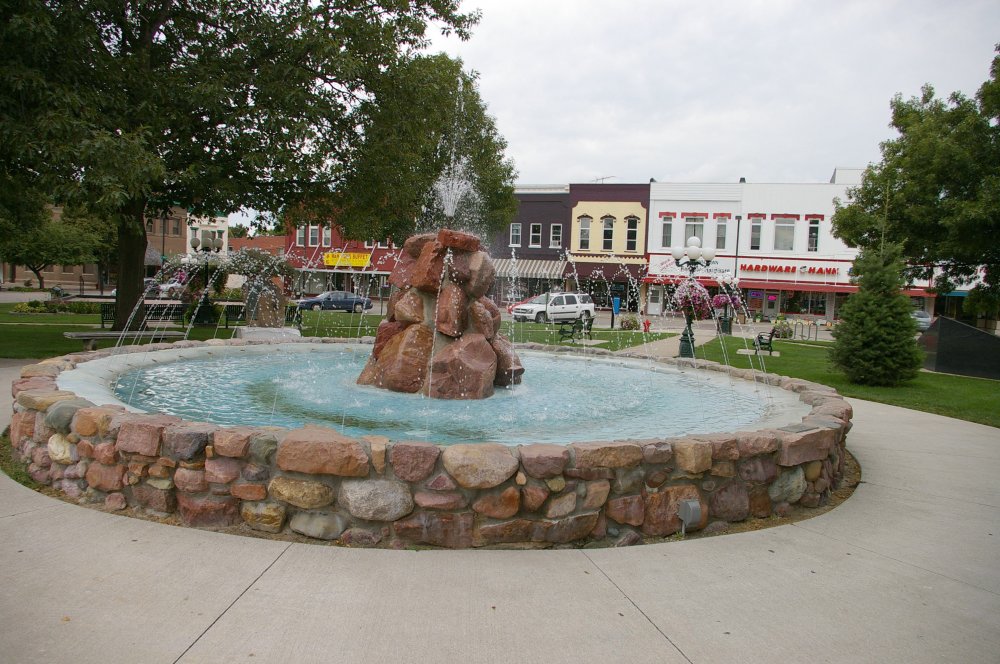 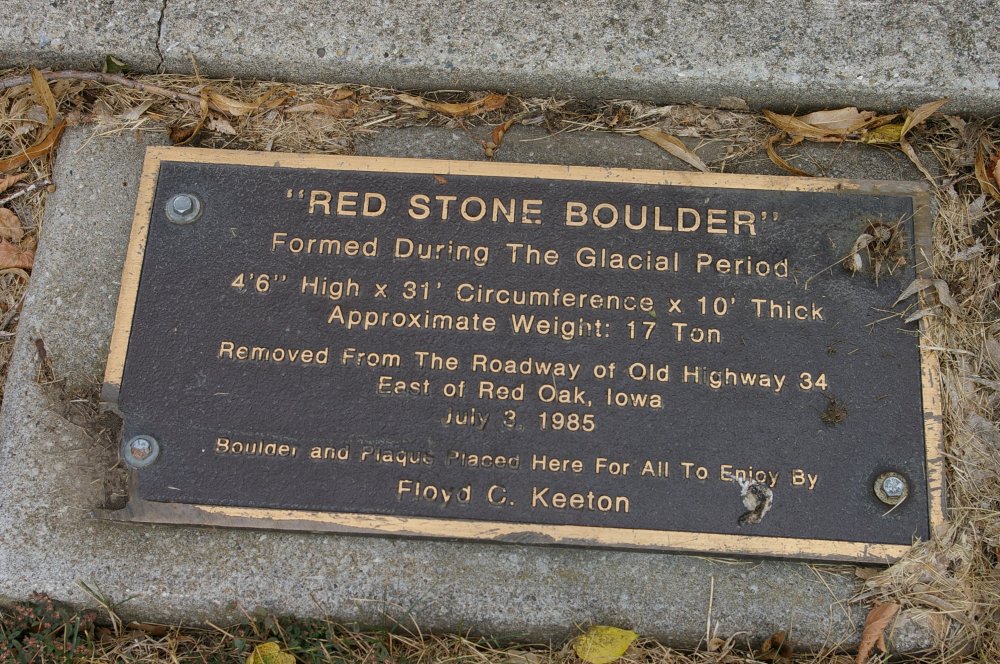 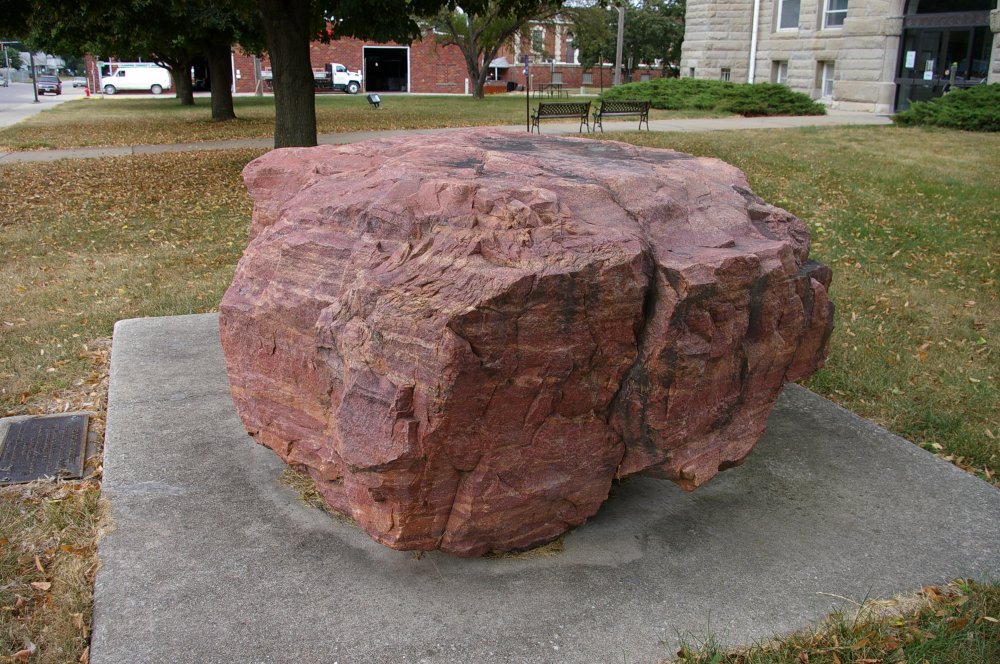