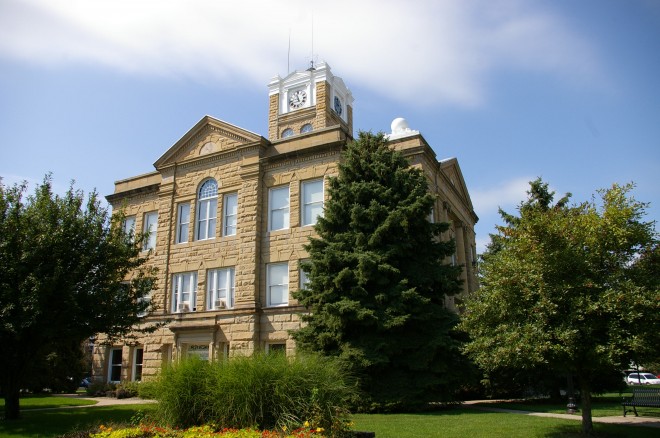 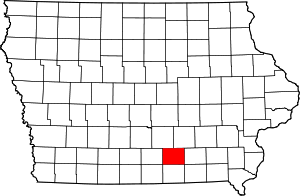 Description: The building faces south and is a three story buff colored sandstone and concrete structure. The building is located on landscaped grounds in the center of Albia. The south front and the other three sides have a slightly projecting centre section which rises to a pediment above the roof line. On the east and west sides are square towers rising to a small white colored dome. A projecting cornice runs below the roof line. On the center of the roof is high square stone tower with clock and four small parapets. The courtroom is located on the northeast side of the third story. The building houses the County District Court of the 8A Judicial District. 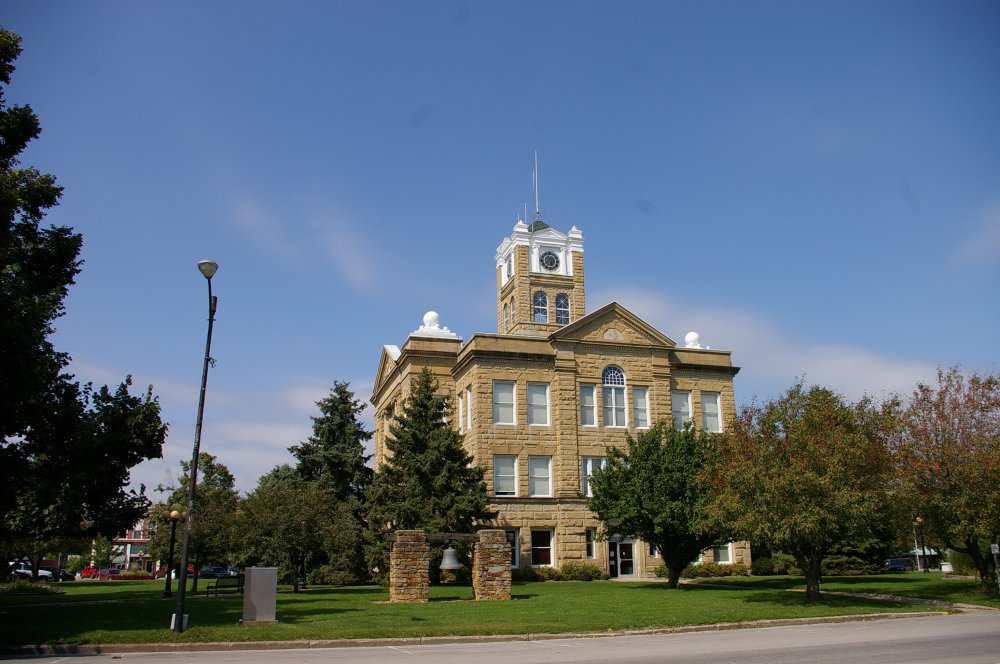 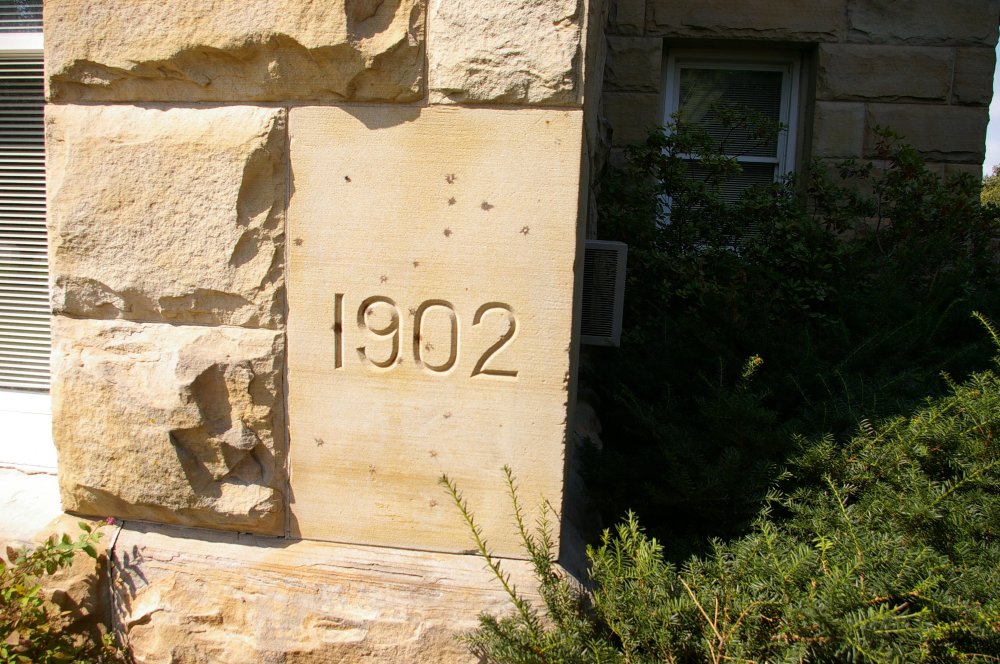