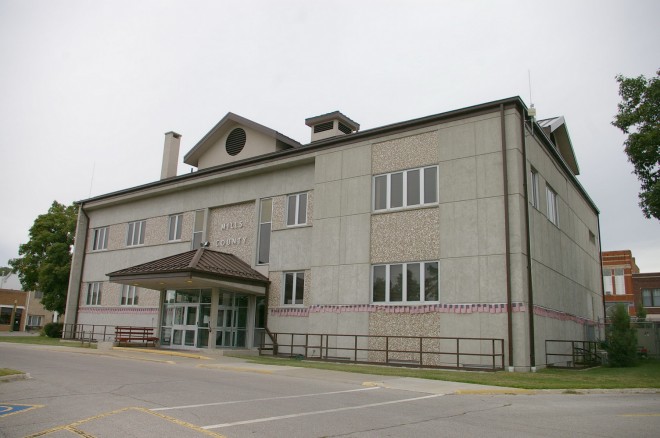 Mills County is named for Frederick Mills, who was a lawyer and an officer in the Mexican War, and who was killed at the Battle of Cherubusco in 1847.

Architect:  B H Backlund and Associates

Description: The building faces south and is a two story square concrete and glass structure. The building is located on spacious grounds. The south front has a small glass enclosed portico. The building has a Spanish style red colored tile roof. Colored panels are placed between the windows. The roof is hipped. 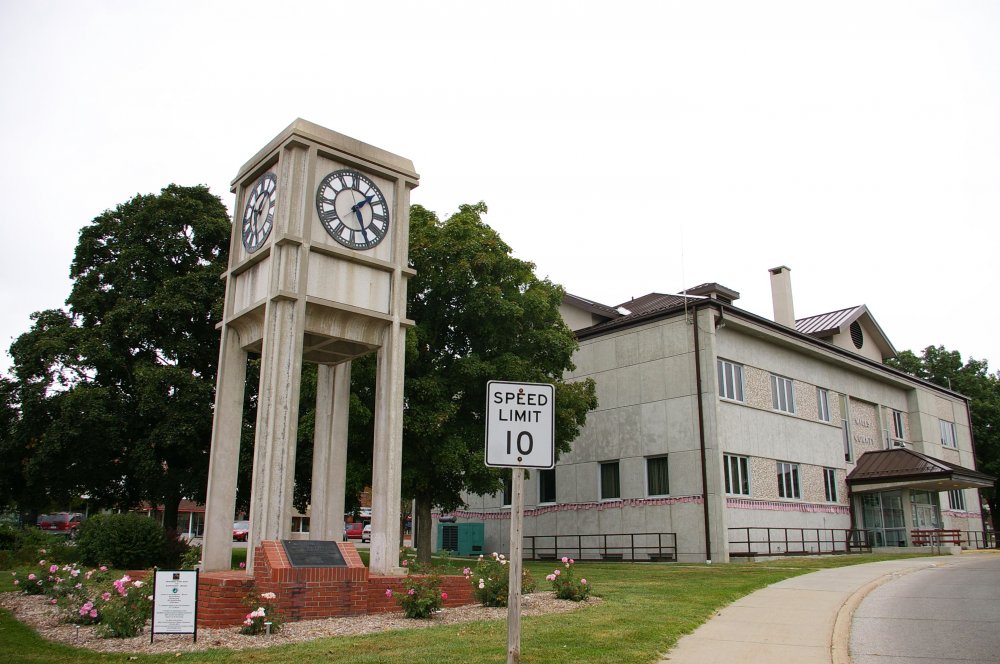 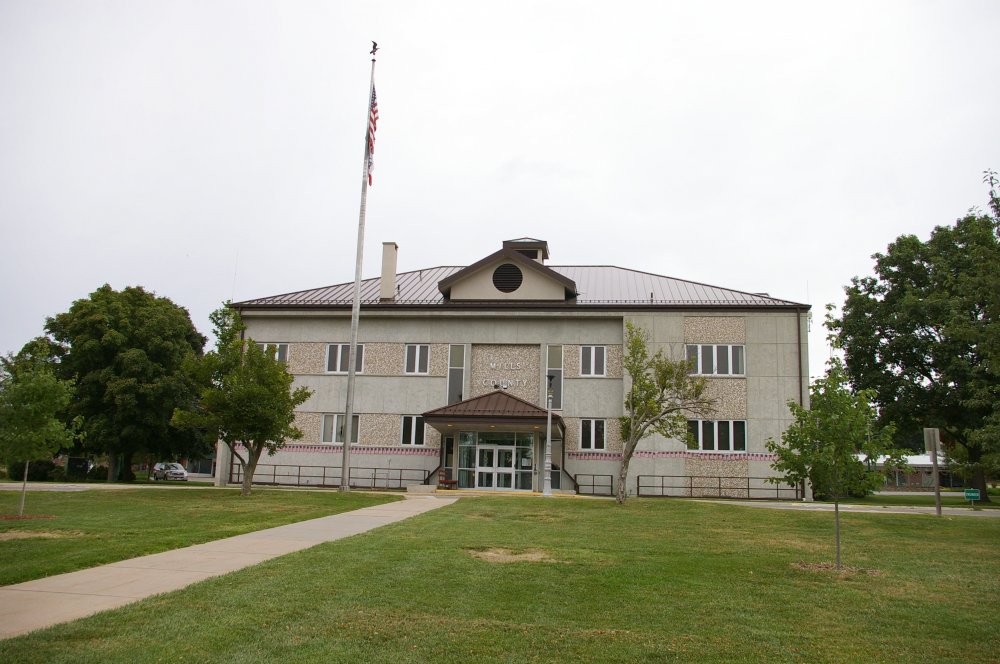 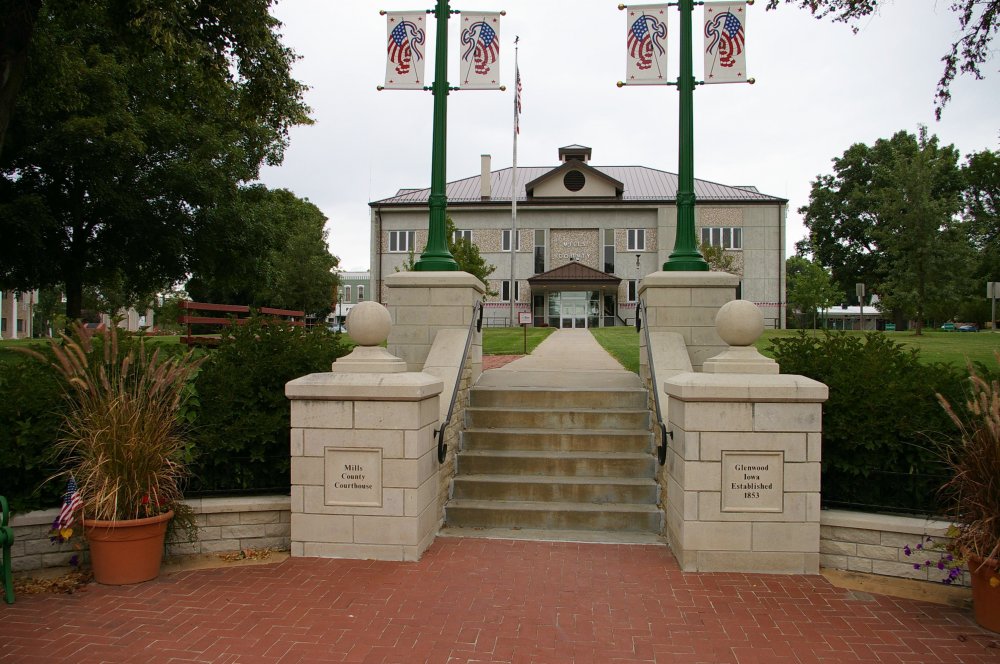