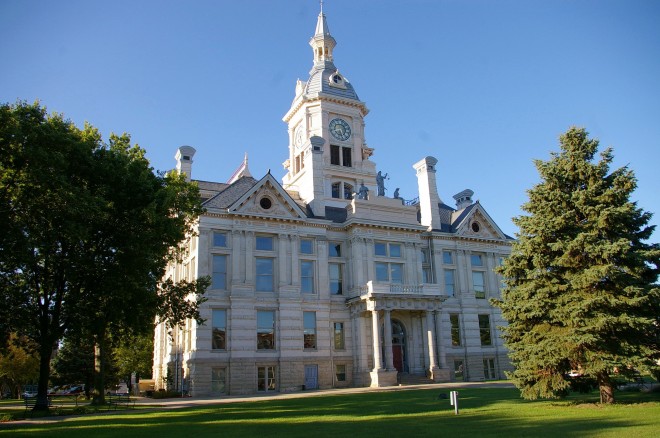 Description: The building faces north and is a two story limestone structure. The north front has a portico with four columns rising to a balcony at the second story. The center section projects from the main building and rises above the roof line with three statues at the top. Peaked roofs are on the east and west sides. In the building center is a high square limestone dome with clock, dome and small cupola at the top. The building houses the County District Court of the 2B Judicial District. 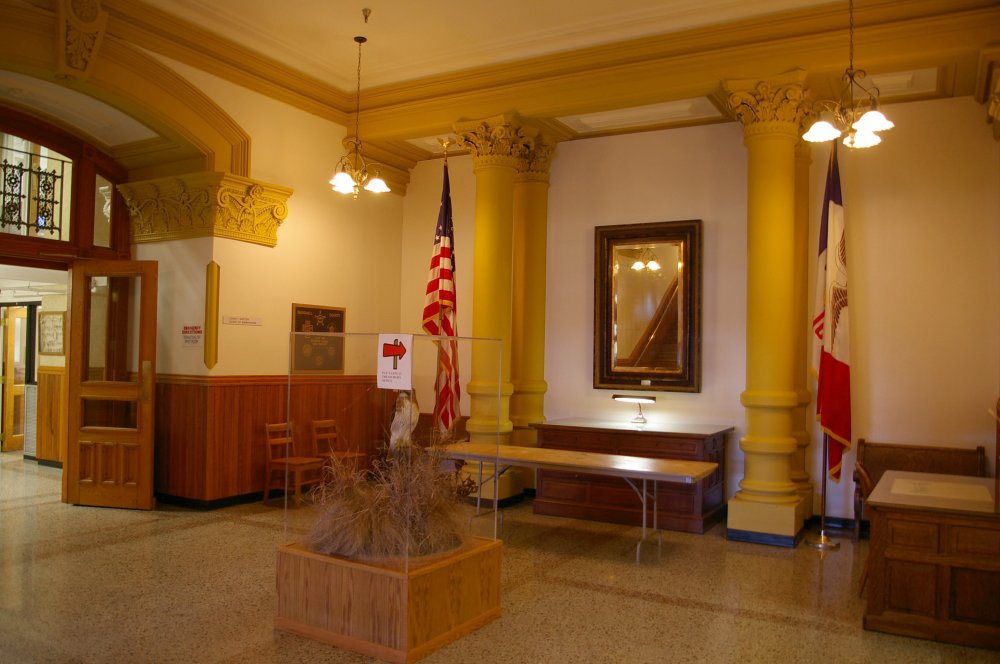