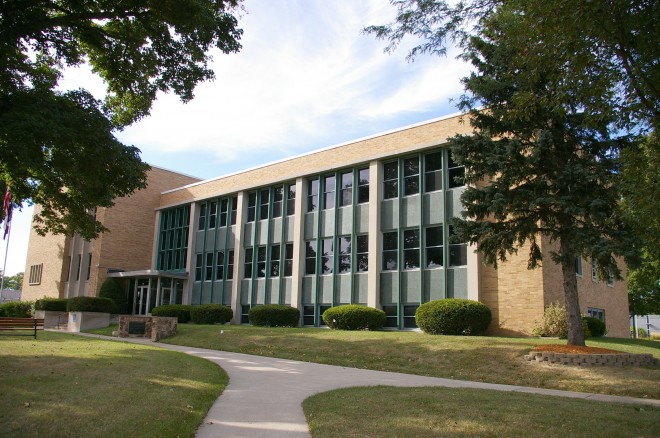 Kossuth County is named for Lajos Kossuth, who was a Hungarian patriot and who lived from 1802 to 1894. 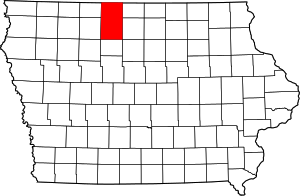 Description: The building faces south and is a two story buff colored brick structure. The building has a higher section at the west side. The south front has vertical concrete dividers with smaller vertical dividers separating the windows. The entrance is towards the west side with a projecting overhang and glass walls. The roof line is flat. The building houses the County District Court of the 3A Judicial District. 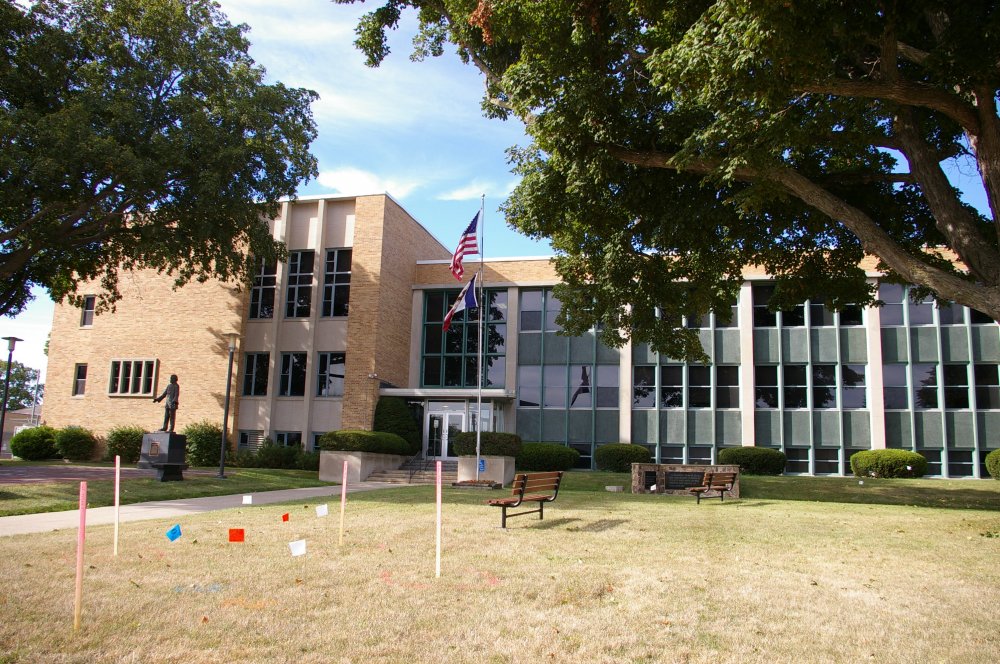 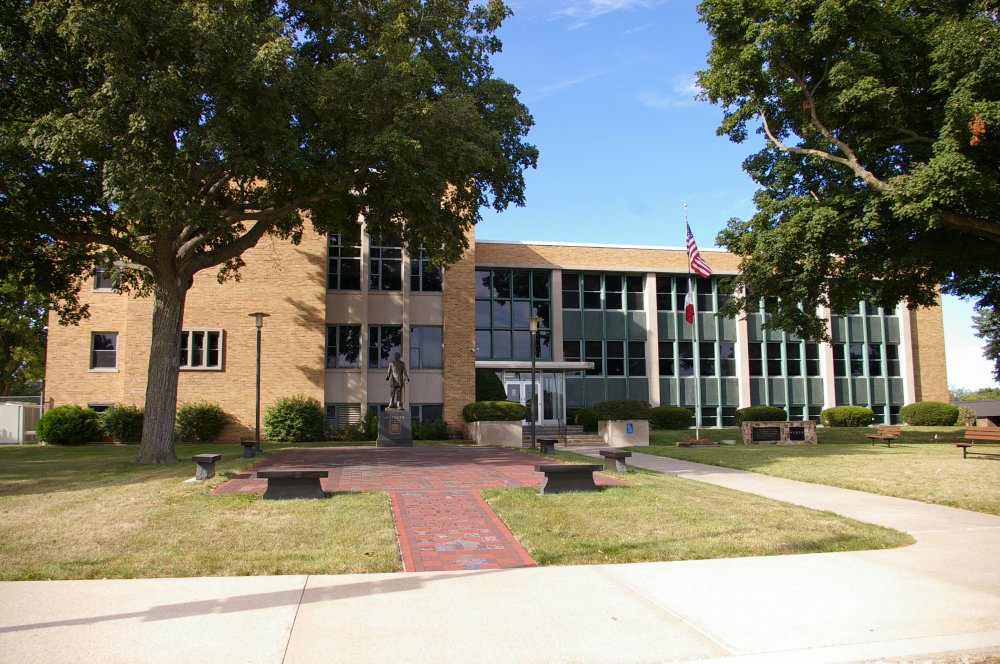 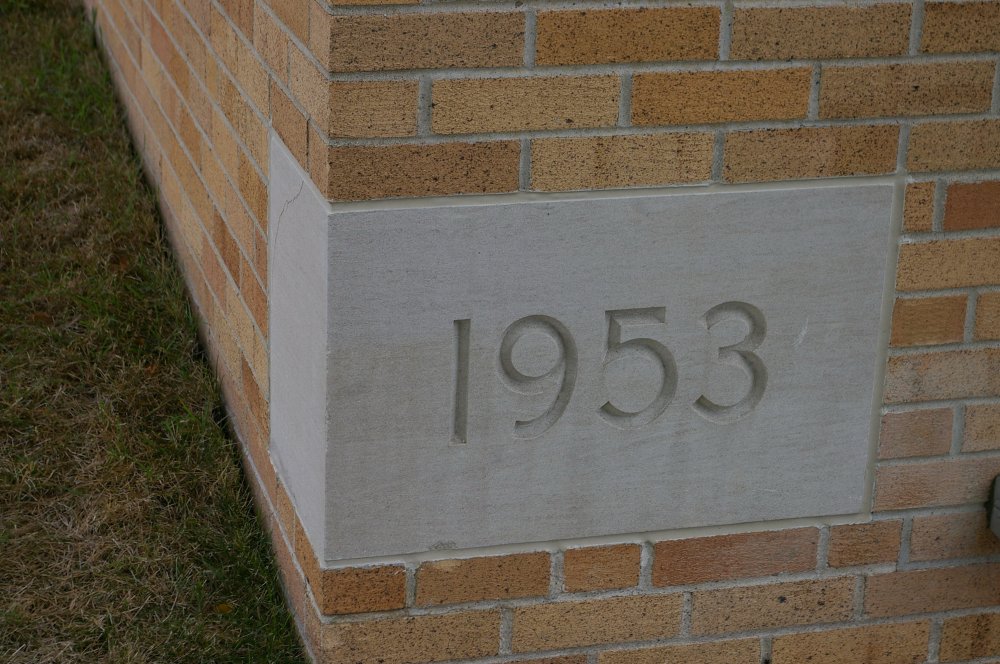 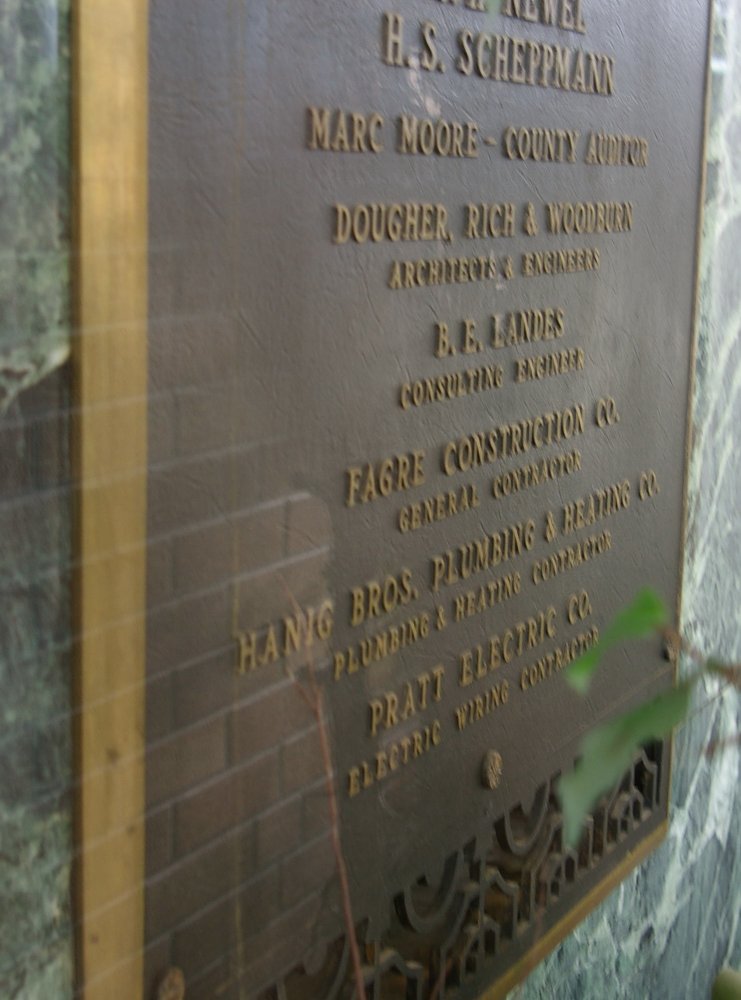 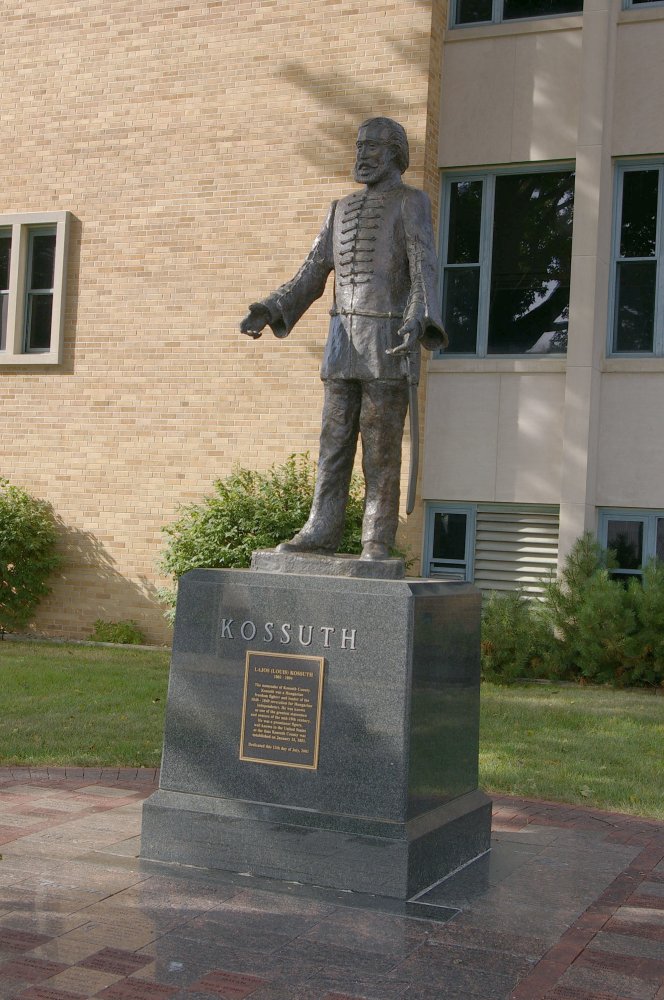 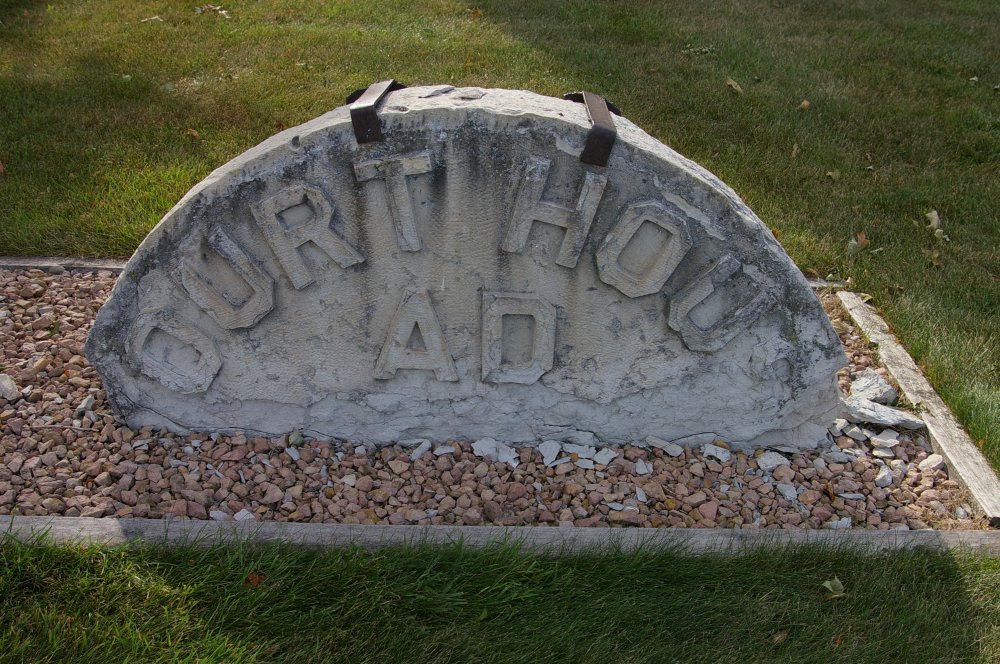