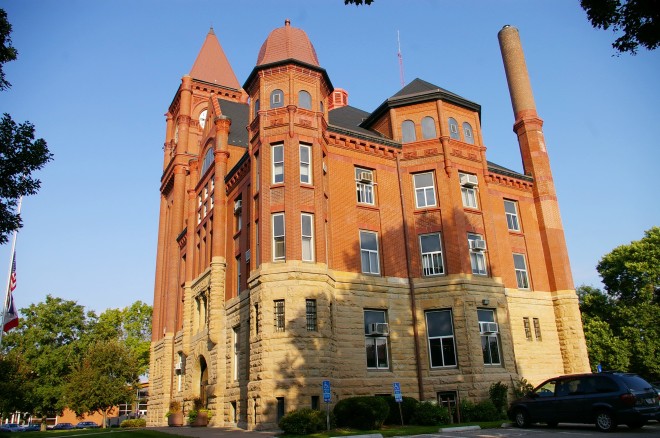 Description: The building faces south and is a three story stone and red colored brick structure. The building is located on landscaped grounds in the center of Fairfield. The exterior of the building is Cleveland gray colored sandstone and the upper part is red colored brick. On the southwest corner is a high square clock tower with steep red roof. On the southeast corner is an octagonal tower with dome roof. The south front has a large arch at the first story entrance rising to a peaked roof. The interior has native oak woodwork. The building houses the County District Court of the 8A Judicial District. The superintendent during construction was Thomas L Hoffman. In 2004 the steeple removed in 1949, was restored.

History:  The county was created in 1836 and Fairfield was selected as the county seat in 1840 when the county was organized. The first courthouse was a two story wood structure with gable roof built in 1839 t0 1840. Tom Jones was awarded the plastering contract. The building was destroyed by fire on March 15, 1916. The second courthouse was a stone and brick structure built in 1851 at a cost of $7,500. The courthouse was dilapidated in 1873 and the Well’s Hall was rented as a courtroom. The courthouse was abandoned in 1878 and the county purchased the Old Harmony Church From Benjamin Pierce for $1,250 which became the third courthouse. The building was also destroyed by fire on March 15, 1916. The fourth and present courthouse was constructed in 1891 to 1893 at a cost of $73,630. 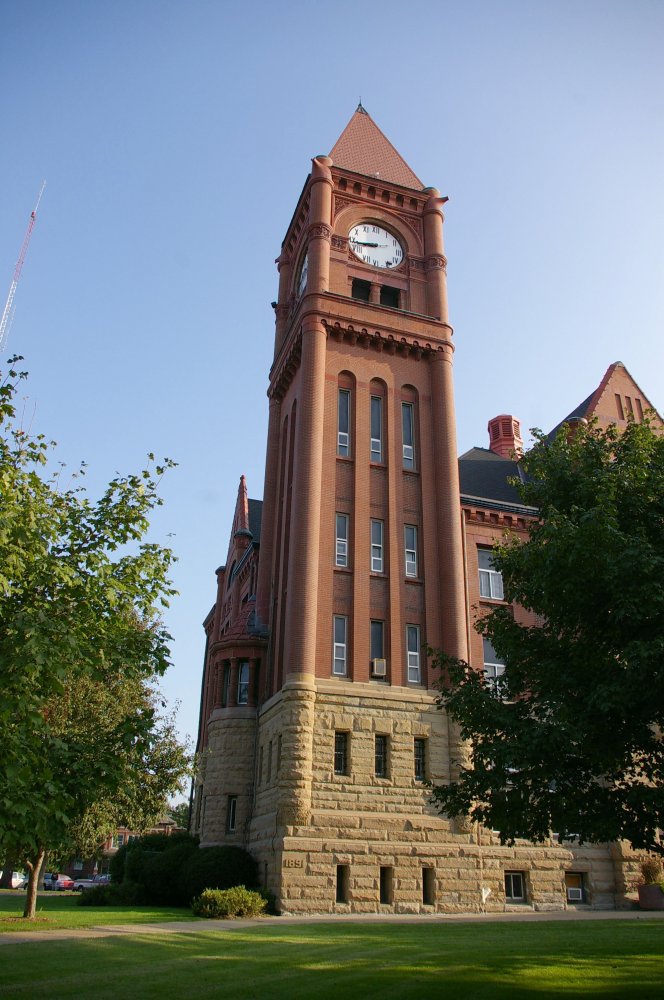 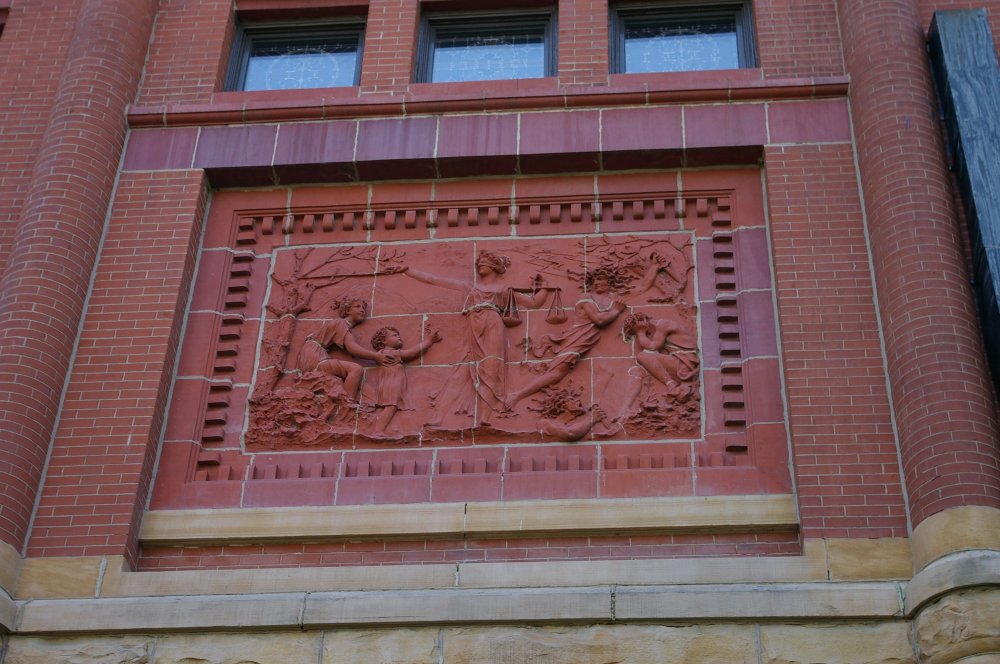 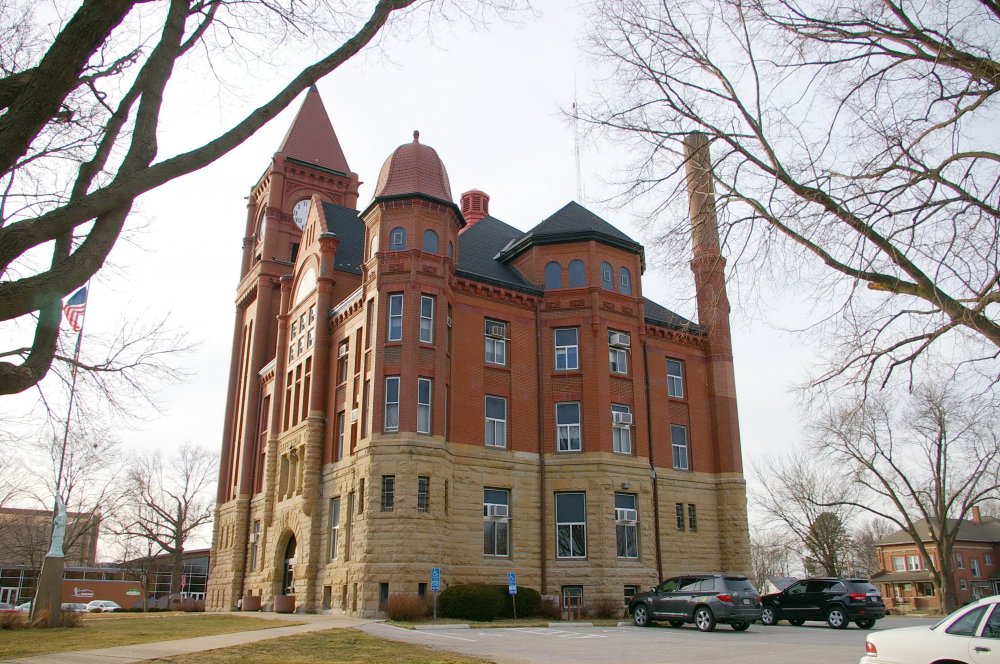 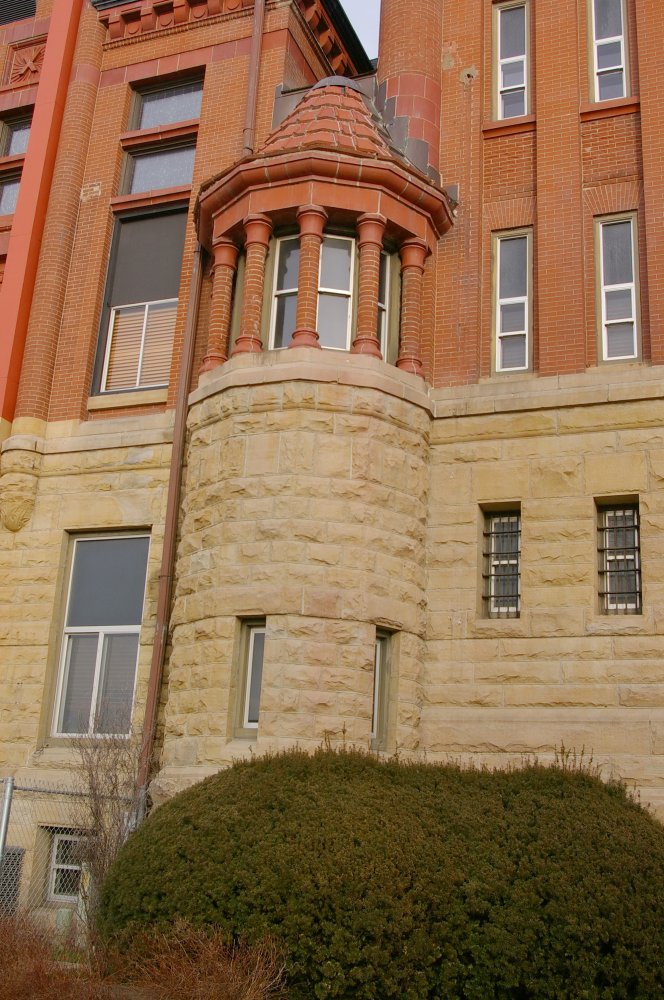 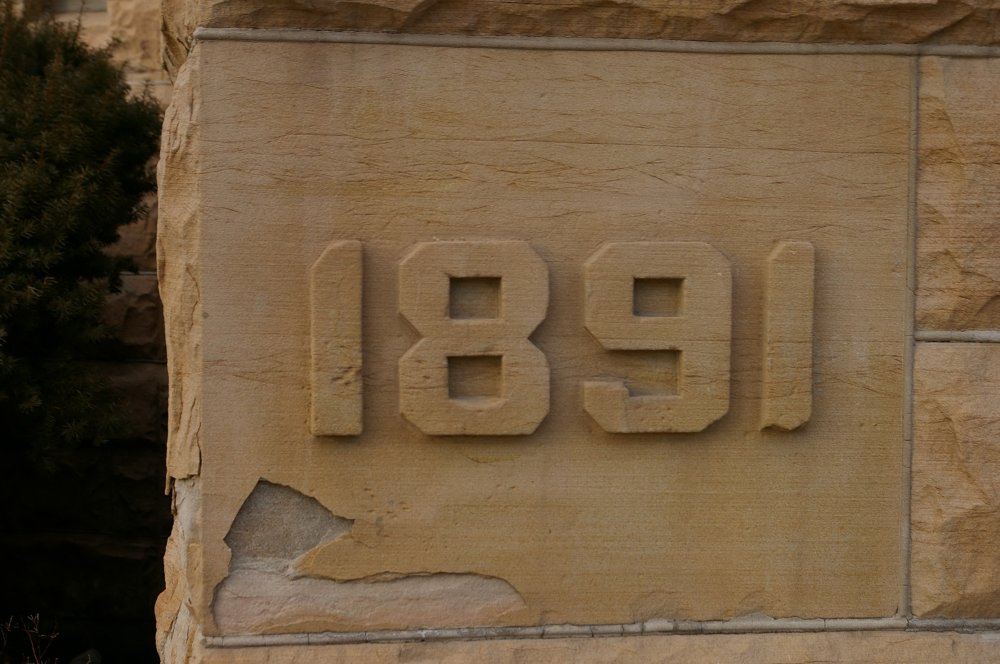