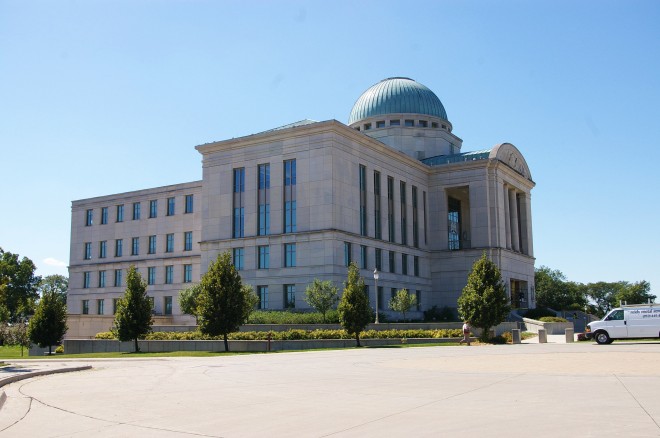 Description:  The buildinng faces north and is located at on a bluff overlooking the downtown with the State Captol to the north The five story limestone building is called the Judicial Branch Building. The building forms a “T” with a projecting north section having an open portico from the third to fifth stories. The building has a large green dome on the center of the roof above the junction of the east, west and south wings. The building houses the Supreme Court on the fourth story, and the Court of Appeals and Court Administration.

See:  The Supreme Court is located in Polk County. 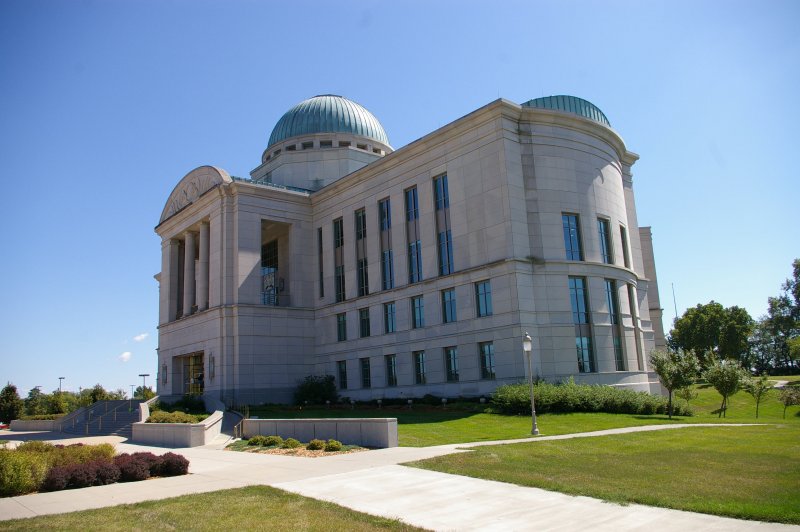